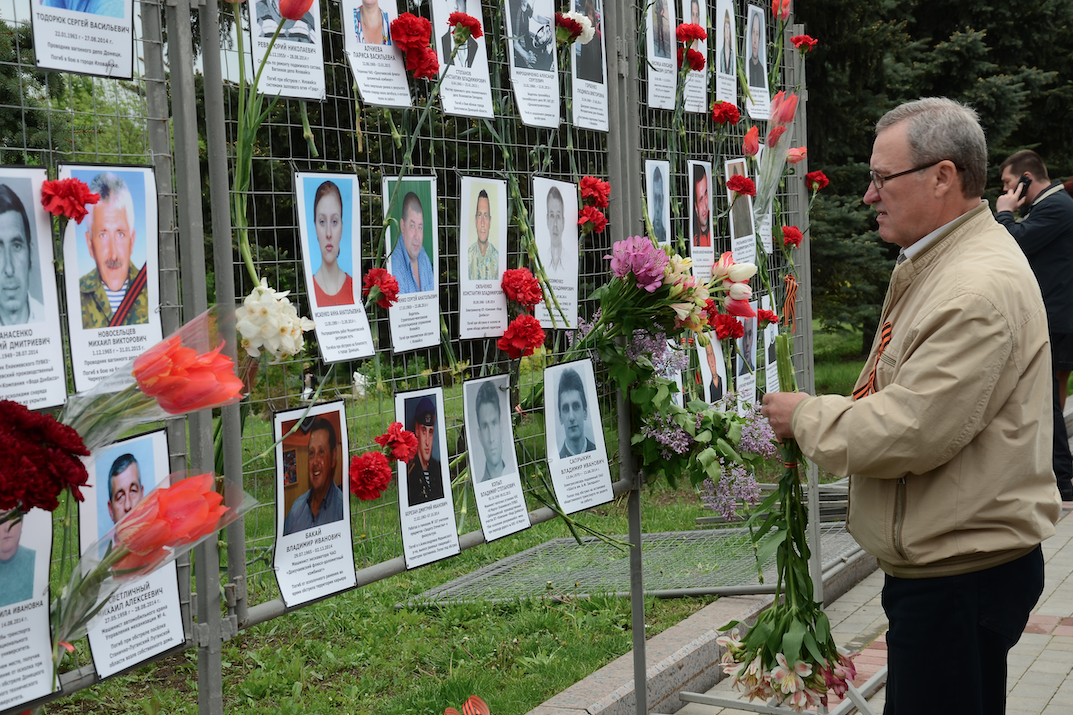 “You’re denying the agency of Ukrainians!”

This is a line you’ve probably had bleated at you by propagandized empire livestock if you’ve engaged in online debate about the role Western powers have played in paving the way to this war.

One of the many, many tricks that imperial spinmeisters have pulled out of their hats in their shockingly frenetic campaign to manage the narrative about what’s happening in Ukraine is to insist that it’s outrageous and disgusting to suggest that Ukraine is being used as a sacrificial pawn in the grand chessboard maneuverings of the U.S.-centralized empire, because it is denying the “agency” of that nation. The argument is that Ukraine freely chose to enter into the situation in which it now finds itself, with no outside pressure or influence of any kind whatsoever.

All these circulating arguments about "NATO expansion" ignore that Ukrainians have agency.

Seemingly overnight it became not just wrong to say that the U.S. hegemon has played a role in giving rise to this war, but actually monstrous and evil. My online notifications are currently flooded with furious empire apologists screaming at me for assigning any degree of responsibility in this conflict to Western power structures with the kind of vitriol people normally reserve for Holocaust deniers or pedophelia advocates.

Imperial narrative managers have even been working overtime to make the word “westsplaining” happen, which is their progressive-sounding term for when one makes the self-evident observation that Western powers influence world events. Mainstream Westerners are actively trained to regurgitate lines like “Stop westsplaining to Ukrainians about coups and proxy conflicts! You’re denying their agency!”

Calling this a “proxy war” between Russia and the United States or calling Kyiv a “puppet regime” of Washington is strictly taboo now. That Ukraine has lacked independent agency in this war and the events leading up to it is something you are simply not allowed to say.

Well, I’m saying it. This is a proxy war. Kyiv is a puppet regime. Ukraine does not have independent agency in any meaningful way. This is not the fault of the Ukrainian people, who are obviously far and away the greatest victims of the Russian invasion, but of the giant Western power structure which deliberately worked to take away the nation’s agency many years before the invasion took place.

I mean, my god. The U.S. and its allies are pouring billions of dollars’ worth of weapons into Ukraine from around the world, the C.I.A. has been training Ukrainians to kill Russians, the U.S. intelligence cartel is directly sharing military intelligence with Kiev as we speak, and this follows U.S.-backed coups in Ukraine in 2014 and in 2004 before that.

This is a proxy war. This is exactly the thing that a proxy war is. The only “agency” Ukraine has is the Central Intelligence kind.

In this article, a leftist Ukrainian activist explains how the US government created the crisis, backing two coups in one decade, fueling a devastating civil war that killed 14,000 people, and exploiting his nation as "cannon fodder" against Russiahttps://t.co/4G5FjLC48S

“Like any other US puppet regime, Ukraine doesn’t have any real independence. Kiev has been actively pushed to confront Russia by every US administration, against the will of the majority of Ukrainian people.

The support for Ukraine that fills the Western media now is not out of real solidarity with the people of Ukraine. If that were the case, the US wouldn’t have overthrown our government twice in a decade; it wouldn’t have supported the policies that made us the poorest country in Europe; it wouldn’t have fueled a brutal civil war for the past eight years.

The reason US media outlets and politicians are all backing Ukraine now is because they want to use the Ukrainian military and civilian population as cannon fodder in a proxy war with a political adversary.”

Yes indeedy. Amid all the phony profile pic activism and concern trolling about denial of Ukraine’s “agency,” no concern whatsoever has been shown for actual, known assaults on Ukrainian independence by the US-centralized empire.

Where was all this reverence for Ukraine’s “agency” in 2004, when The Guardian was reporting that “while the gains of the orange-bedecked ‘chestnut revolution’ are Ukraine’s, the campaign is an American creation, a sophisticated and brilliantly conceived exercise in western branding and mass marketing that, in four countries in four years, has been used to try to salvage rigged elections and topple unsavoury regimes?”

Where was the respect for Ukraine’s “agency” in 2014, when a leaked phone call between Victoria Nuland (now working on Ukraine under the Biden administration) and U.S. Ambassador to Ukraine Geoffrey Pyatt exposed U.S. officials casually discussing who they were going to select as Ukraine’s next prime minister following a U.S.-backed coup in Kiev?

Where was all this respect for Ukraine’s “agency” in 2018, when Joe Biden openly boasted before the Council on Foreign Relations that he had used his power as Obama’s vice president to brazenly interfere in Ukraine’s judicial system?

Obama VP Joseph Biden brags about how he rigged the judicial system of another country. pic.twitter.com/BC4u7AUPHB

The U.S. power alliance does not care about Ukraine’s sovereignty beyond the measures it thinks needs to be taken to actively subvert it. When people object to criticisms of the way the empire has actively robbed Ukrainians of any real agency, what they are actually doing is defending the most powerful empire that has ever existed from attempts to highlight its malfeasance.

I’m not just spouting off about a far-away nation from my safe home here in Australia, for the record. This is a dynamic which affects my country directly, and is very likely to affect it a lot more as the empire’s “great power competition” with China heats up.

As in Ukraine, there have been U.S.-backed coups in Australia not once but twice. This nation is now functionally little more than a U.S. military and intelligence base with a smattering of suburbs and kangaroos, which is why the puppet regime in our capital Canberra has done nothing whatsoever to end Washington’s brutal persecution of Australian journalist Julian Assange.

John Mearsheimer, now the subject of great controversy for his completely accurate predictions years ago that U.S. and NATO actions would lead to this exact war in Ukraine, told an Australian think tank in 2019 that the U.S. will destroy Australia if Canberra doesn’t align with imperial agendas against Beijing. And he was right.

And yes, just as there are Ukrainians supporting the imperial line against Moscow, when the time comes for Australia to make great sacrifices for U.S. unipolarist agendas against the Chinese government there will absolutely be Australians supporting it.

Because of a massive propaganda campaign in this nation facilitated by our Murdoch-dominated press and imperial narrative management operations like the empire-funded Australian Strategic Policy Institute, there are many Australians who intensely despise China right now. I know. I’ve met them.

But that won’t mean our sovereignty wasn’t robbed from us, by mass-scale oligarchic psyops, by C.I.A. coups, by secret deals, by the threat of knowing we’d be immediately attacked by a murderous empire if we tried to pivot to Beijing or even to simply espouse a neutral posture. What’s true of Ukraine is also true of Australia: we have no meaningful agency in the most important decisions made by this nation.

Denying the western role in subverting Ukrainian sovereignty doesn’t benefit ordinary Ukrainians, it hurts them. You can’t fix a problem you don’t understand, and until there’s widespread understanding of the way the U.S. empire uses proxies to advance its agendas of global domination, nothing can be done to stop these ugly proxy wars from happening.

Caitlin Johnstone’s work is entirely reader-supported, so if you enjoyed this piece please consider sharing it around, following her on Facebook, Twitter, Soundcloud or YouTube, or throwing some money into her tip jar on Ko-fi, Patreon or Paypal. If you want to read more you can buy her books. The best way to make sure you see her stuff is to subscribe to the mailing list for at her website or on Substack, which will get you an email notification for everything she publishes. For more info on who she is, where she stands and what she’s trying to do, click here.

← The New Age of Faith
Chris Hedges: The Lie of American Innocence →