Based on his experience of the past several days, Michael Brenner says the Dark Ages are making a comeback. 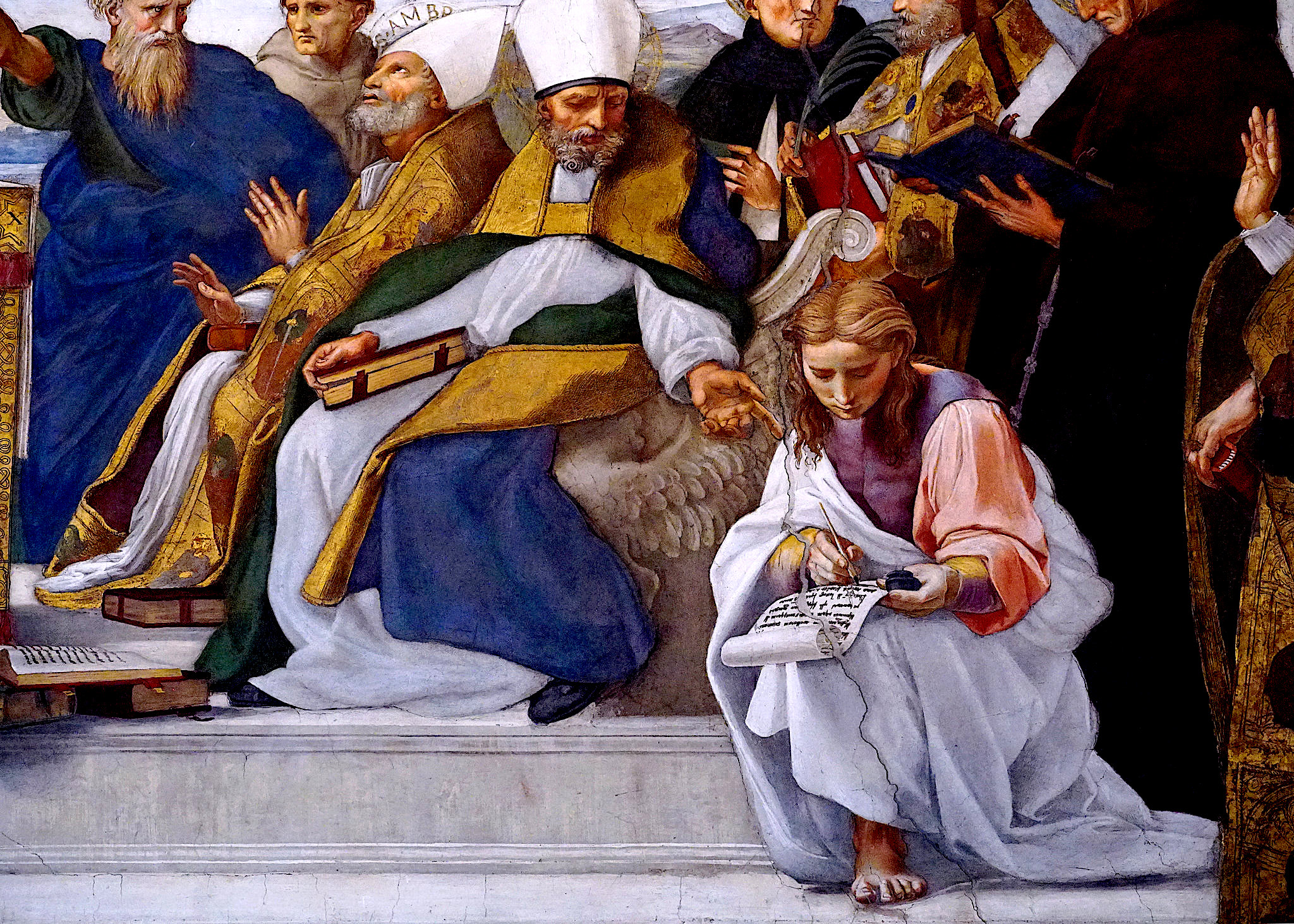 Saint Ambrose, Saint Augustine and a Scribe in fresco by Raphael depicting the formulation of the Holy Sacraments at the Vatican Museums. (Slices of Light, Flickr, CC BY-NC-ND 2.0)

The Dark Ages are commonly referred to as The Age of Faith. Appropriately so. For it was the avowal of belief that counted above all else. A testament in words as to the state of your soul and mind eclipsed what you did and determined your fate and prospects for salvation.

When a church prelate encountered “evil” behavior and/or speech – of a sinner, of a pagan, a heretic, an apostate – the immediate reaction would be to clutch his pectoral crucifix in his left hand and make the sign of the cross with the right – left to right; right to left if Orthodox (as is Russian President Vladimir Putin).

The gesture was meant to ward off the Evil One. He then would issue an interdiction prohibiting any communion with the brethren until the spiritual miscreant had taken a blood oath of fidelity to the prescribed doctrine and authority.

In this supposedly enlightened, secular age, we are reviving the practice in modified form.

Discourse about Russia/Ukraine is the outstanding case in point these days. Any public commentary about the matter, discussing any aspect of the complex situation, is required to be prefaced by a declaration of belief: a total denunciation of Russia, Putin and the invasion of Ukraine followed by praise to the glory of Ukraine’s stellar “democracy” and the person of Volodymyr Zelensky (the Sainted martyr, who doesn’t cross himself – that’s progress).

Without that avowal, whatever has been said or written is placed beyond the pale – ignored, denied relevance, and interpreted as prime facie evidence of the author’s blasphemy. 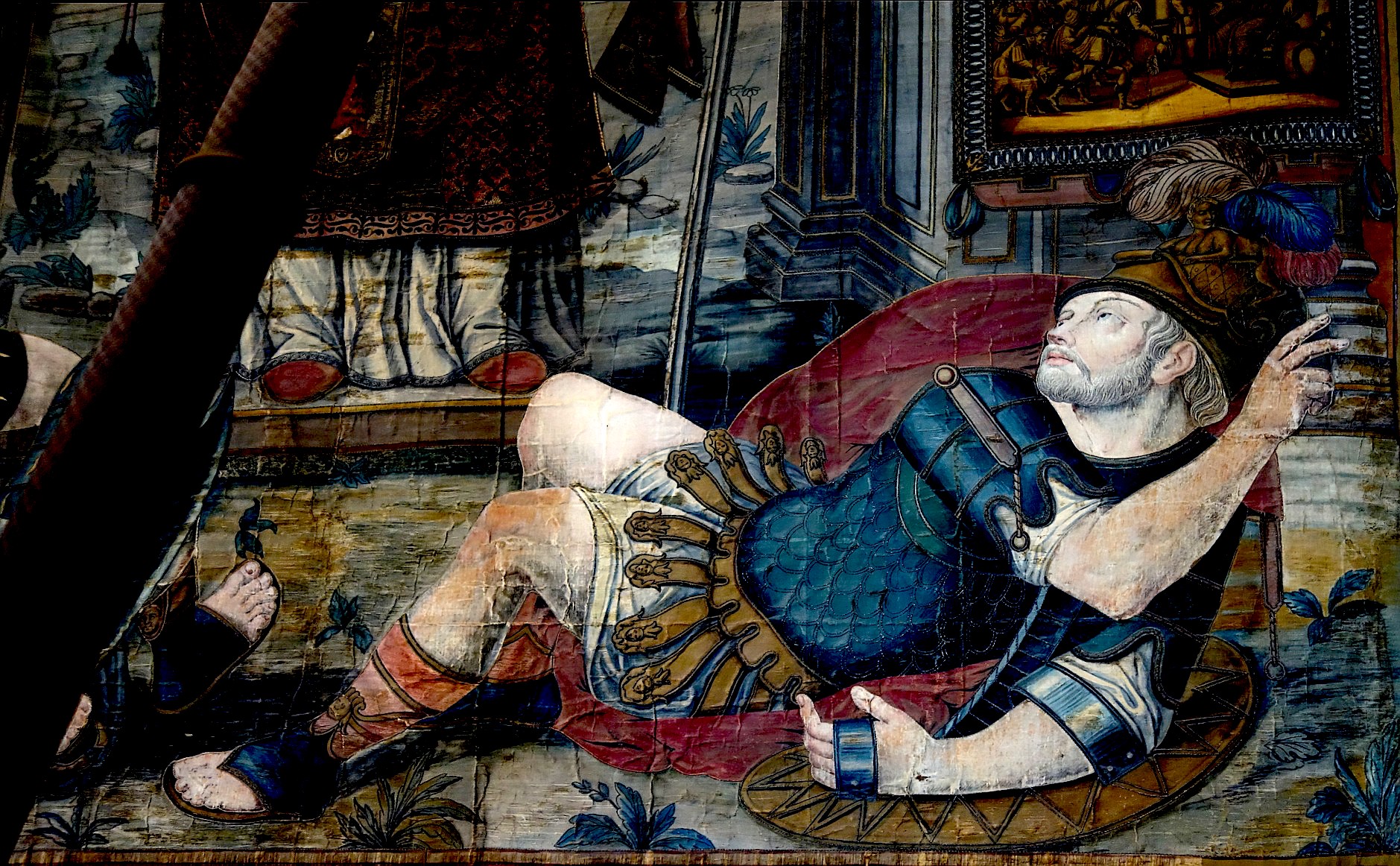 A heretic who does not believe in the Holy Trinity, depicted in embroidery on the Standard of the City of Milan. (Bosc d’Anjou, Flickr, CC BY-NC-SA 2.0)

Someone who is averse to offering testaments of faith just to be qualified to participate in the rites of public discourse is placed in a quandary. Take the vow and then move on with serious thinking OR remain silent OR suffer the slings and arrows from the outraged Faithful.

To come down from those lofty heights, and to personalize it, my experience of the past several days confirms the suspicion that the Dark Ages are making a comeback. For anybody who cares, let me note that nowhere have I stated that I approve or support the Russian military move into Ukraine.

However, I see no good reason to take the formulaic vow as a precondition for people to pay as much attention to my writing as they normally do. Nor do I plan to seek Absolution from Cardinal Biden or Bishop Blinken — even if each were not so heavily pockmarked by the wages of his own Sins. “All things are possible for one who believes. For by grace you have been saved through faith. And this is not your own doing; it is the gift of God, not a result of works, so that no one may boast.”

21 comments for “The New Age of Faith”