Some Republicans don’t want war with Russia, not because it’s the sane thing to do, but because they insanely want to go to war with China instead. 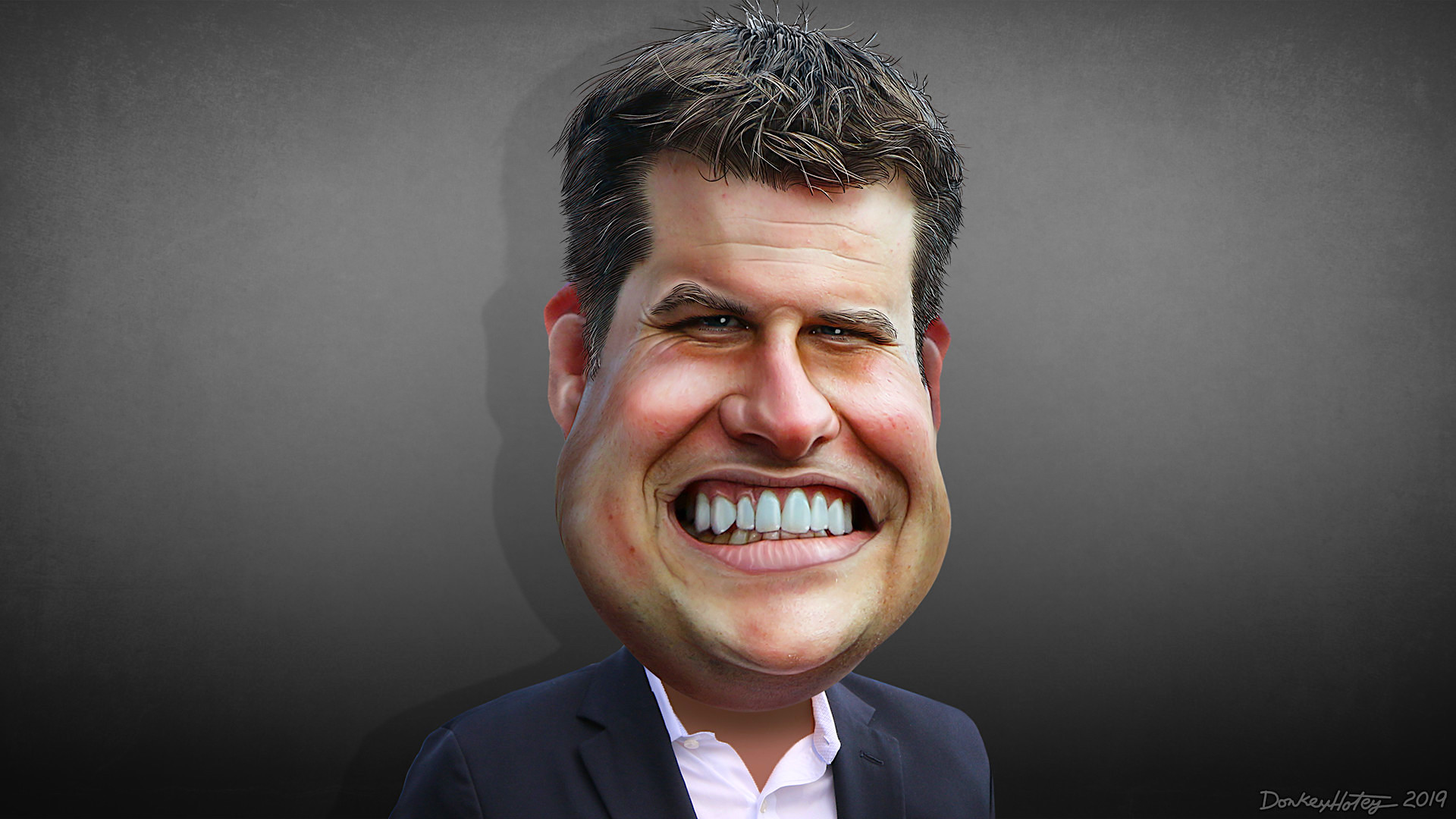 Caricature of Rep. Matt Gaetz adapted from a photo in the public domain from the U.S. House. (DonkeyHotey/Flickr)

Republican Congressman Matt Gaetz criticized the Biden administration’s dangerous escalations against Russia on the House floor on Monday, not because he thinks needlessly ramping up cold war brinkmanship with a nuclear-armed nation is an insane thing to do, nor because he believes the U.S. government should cease trying to dominate the world by constantly working to subvert and undermine any nation who disobeys its commands, but because he wants U.S. aggressions to be focused more on China.

“While the Biden administration, the media, and many in congress beat the drums of war for Ukraine, there is a far more significant threat to our nation accelerating rapidly close to home,” Gaetz said. “Argentina, a critical nation and economy in the Americas, has just lashed itself to the Chinese Communist Party, by signing on to the One Belt One Road Initiative. The cost to China was $23.7 billion — a mere fraction of a rounding error when compared to the trillions of dollars our country has spent trying to build democracies out of sand and blood in the Middle East.”

While the Biden Admin, the media, and many in Congress beat the drums of war for Ukraine, there is a far more significant threat to our nation.

China is a rising power. Russia is a declining power. Let us sharpen our focus so that we do not join them in that eventual fate. pic.twitter.com/VUQwfUFCZ7

“China buying influence and infrastructure in Argentina to collaborate on space and nuclear energy is a direct challenge to the Monroe Doctrine and far more significant to American security than our latest NATO flirtation in the plains of Eastern Europe,” Gaetz continued. “China is a rising power. Russia is a declining power. Let us sharpen our focus so that we do not join them in that eventual fate.”

For those who don’t know, the “Monroe Doctrine” refers to a decree put forward by President James Monroe in 1823 asserting that Latin America is off limits to European colonialist and imperialist agendas, effectively claiming the entire Western Hemisphere as U.S. property. It essentially told Europe, “Everything south of the Mexican border is our Africa. It’s ours to dominate in the same way you guys dominate the Global South in the Eastern Hemisphere. Those are your brown people over there, these are our brown people over here.”

That this insanely imperialist and white supremacist doctrine is still being cited by high-profile politicians to this day says so much about what the U.S. government is and how it operates on the world stage. This is especially true given that Biden himself just articulated the same idea in so many words last month when he declared that “Everything south of the Mexican border is America’s front yard.”

So on one hand Gaetz is opposing warmongering against Russia and condemning the trillions spent on U.S. wars in the Middle East, which by itself would normally be a good thing. But the fact that he only opposes doing that because he wants to focus imperialist aggressions on another part of the world to preserve U.S. unipolar planetary domination completely nullifies any good which could come from his opposition to aggressions somewhere else.

This is a very common phenomenon on the right end of the U.S. political spectrum; you’ll hear a politician or pundit saying what appear to be sane things against the agendas of D.C. warmongers, but if you pay attention to their overall commentary it’s clear that they’re not opposing the use of mass-scale imperialist aggression to preserve planetary domination, they’re just quibbling about the specifics of how it should be done.

Tucker Carlson has been making this argument for years, claiming that the U.S. should make peace with Russia and scale back interventionism in the Middle East not because peace is good but because it needs to focus its aggressions on countering China. He inserts this argument into many of his criticisms of U.S. foreign policy on a regular basis; he did it just the other day, criticizing the Biden administration’s insane actions in Ukraine and then adding “Screaming about Russia, even as we ignore China, is now a bipartisan effort.”

Antiwar’s Dave DeCamp summarized this dynamic well in response to a recent Reason article making the same “Make peace with Russia to focus on taking down China” argument, tweeting “Unfortunately, a lot of the opposition to war with Russia is rooted in this idea that the U.S. needs the resources to eventually fight China. We need more people to view war for Taiwan as dangerous and foolish as war for Ukraine.”

Unfortunately, a lot of the opposition to war with Russia is rooted in this idea that the US needs the resources to eventually fight China. We need more people to view war for Taiwan as dangerous and foolish as war for Ukraine. https://t.co/MDUBYCN9dY

Do you see how this works? Do you see how wanting to refocus U.S. firepower on a specific target is not actually better than keeping that firepower diffuse? The difference between “Let’s have peace” and “Let’s have peace with Russia and stop making wars in the Middle East so that we can focus on bringing down China” is the difference between “Stop massacring civilians” and “Stop massacring these civilians because you’ll need your ammunition to massacre those other civilians over there.”

And it’s especially stupid because it’s the exact same agenda. One imperial faction believes it’s best to preserve U.S. hegemony by focusing on bringing down the nations which support and collaborate with China, while the other imperial faction wants to go after China itself more directly. They both support using the U.S. war machine to keep the planet enslaved to Washington and the government agency insiders and oligarchs who run it, they just manufacture this debate about the specifics of how that ought to happen.

This is what Noam Chomsky was talking about when he said, “The smart way to keep people passive and obedient is to strictly limit the spectrum of acceptable opinion, but allow very lively debate within that spectrum — even encourage the more critical and dissident views. That gives people the sense that there’s free thinking going on, while all the time the presuppositions of the system are being reinforced by the limits put on the range of the debate.”

"The frenzied, shrieking hysteria I’m witnessing right now among Trump’s base regarding China looks and moves in the exact same way the mental zombification of Russia hysteria looked and moved"https://t.co/QdUl2canc8

That strictly limited spectrum of debate is known as the Overton window, and imperial narrative managers work very hard to keep shoving that window further and further in the favor of the oligarchic empire they serve. In order to prevent us from arguing about whether there should be a globe-spanning capitalist unipolar empire in the first place, they keep us arguing about how that empire’s interests should best be advanced.