In a massive General Motors plant, over 6,500 workers finally had the opportunity to pick a union of their own choice, writes Sam Pizzigati. 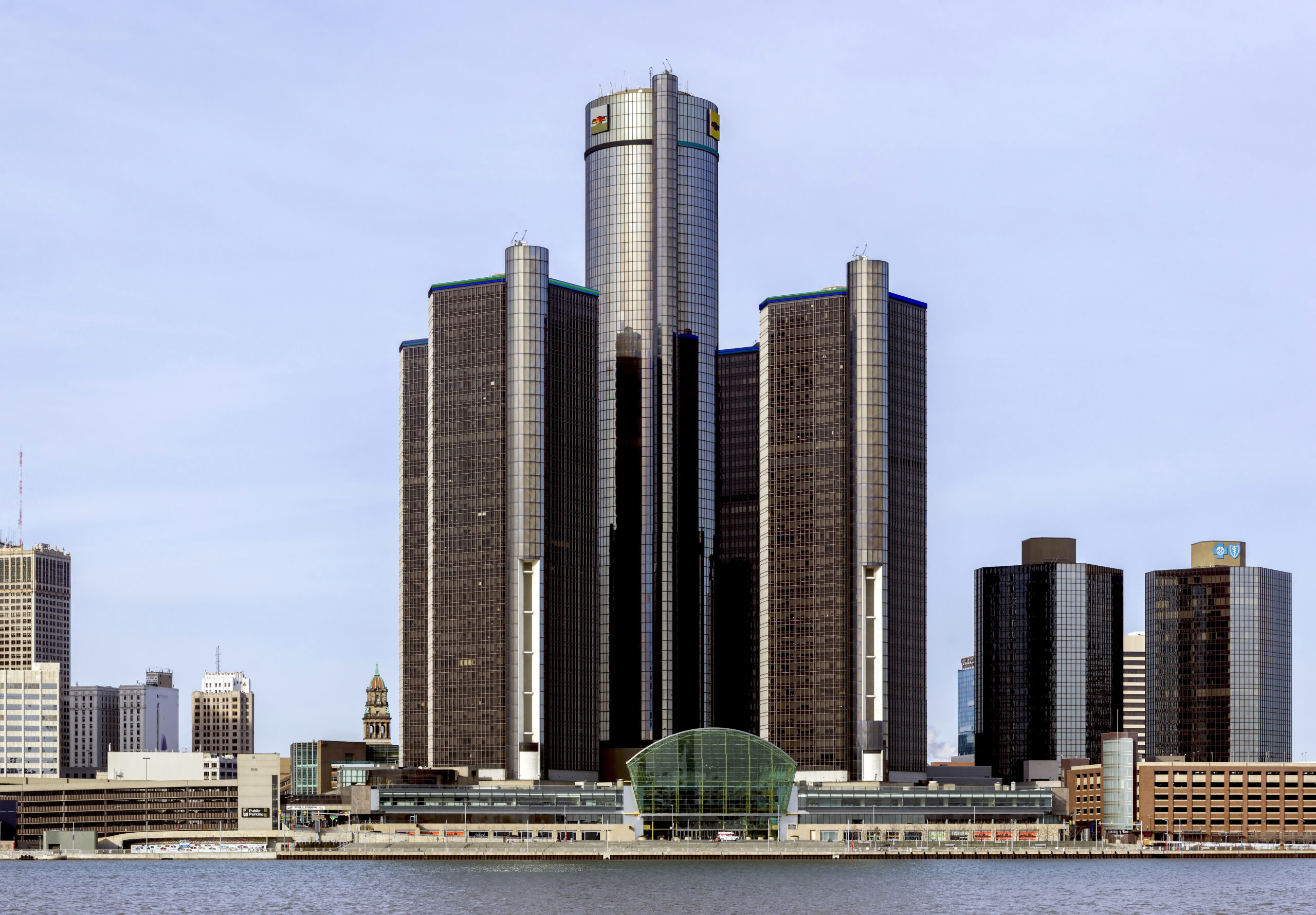 What put the damper on January? The U.S. Department of Labor two weeks ago released its annual figures on “union density,” the share of America’s labor force that carries union cards.

Activists across the country were expecting to see the new figures show a healthy uptick in labor’s overall ranks. The past year had, after all, been remarkably upbeat, with a new wave of union organizing taking shape — and making headlines — in giant nonunion empires like Amazon and Starbucks.

But the new figures from the Labor Department’s Bureau of Labor Statistics showed no increase in union density at all. Instead, the union share of the nation’s private-sector workforce actually dropped, down to 6.1 percent, the lowest level in over a century.

Some context: Back in the 1950s and 1960s, a full third of U.S. private-sector workers carried union cards.

All Americans, then and now, have ample reason to care about the Labor Department’s annual union density stats. No numbers may simply have more impact on the distribution of America’s income and wealth.

In the 1960s, in a highly unionized America, top corporate executives averaged only just over 20 times more in annual compensation than average U.S. workers. And the take-home of those execs faced tax rates that ranged as high as 91 percent. That one-two punch of high unionization rates and high tax rates on high incomes kept the United States a nation where the rich didn’t always win.

But that state of affairs didn’t last. By the late 1970s, America’s mid-century equality had begun to unravel. Since 1978, the Economic Policy Institute reported late last year, typical U.S. worker pay has increased only 18 percent after taking inflation into account. Over that same span, major U.S. corporate CEOs have seen their compensation soar 1,322 percent.

What does any of this have to do with Mexico? A good bit more than most Americans may realize.

For over a quarter-century now — ever since the 1994 NAFTA trade agreement started eliminating economic barriers between Mexico, Canada, and the United States — U.S. corporate chiefs have been moving their manufacturing south of the border. This shifting has cost U.S. workers substantial numbers of jobs, particularly in states like Michigan and California. 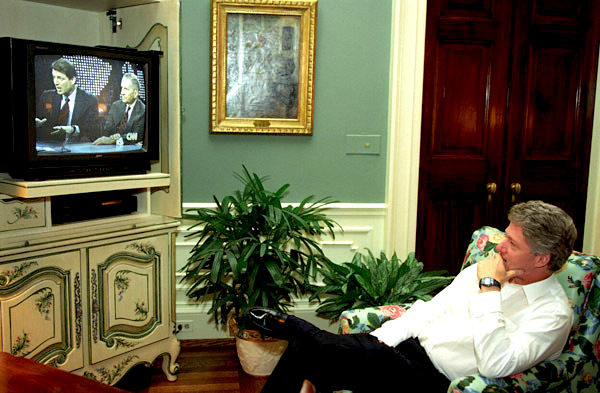 But, more strikingly, the new trade dynamics have strengthened the hand of major U.S. employers. Corporate honchos, notes economist Jeff Faux, welcomed NAFTA by threatening to leave for Mexico if workers voted for union representation or, if they already had a union, and didn’t accept lower wages and benefits.

“In the midst of collective bargaining negotiations,” Faux adds, “some companies would even start loading machinery into trucks that they said were bound for Mexico.”

What gave those threats credibility? What’s made Mexico so appealing to U.S. CEOs? The low wages that top American corporate execs can get away paying to Mexican workers.

One example: At the massive General Motors plant in Silao, a small city in central Mexico’s industrial heartland, Jesus Barroso currently makes the equivalent of just over $23 a day, after 11 years on the job. Similarly experienced GM workers in the United States can make ten times as much.

What keeps wages in Mexico so low? Mexico’s corrupt traditional union powerhouse, the Confederación de Trabajadores de México, has played a key role. Leaders of unions connected to this confederation, the CTM, have essentially served as pliant junior partners to the PRI political party, the ruling party for most of Mexico’s modern history. With PRI support, CTM leaders have signed sweetheart contracts with employers that have kept wages low and workers in the dark. 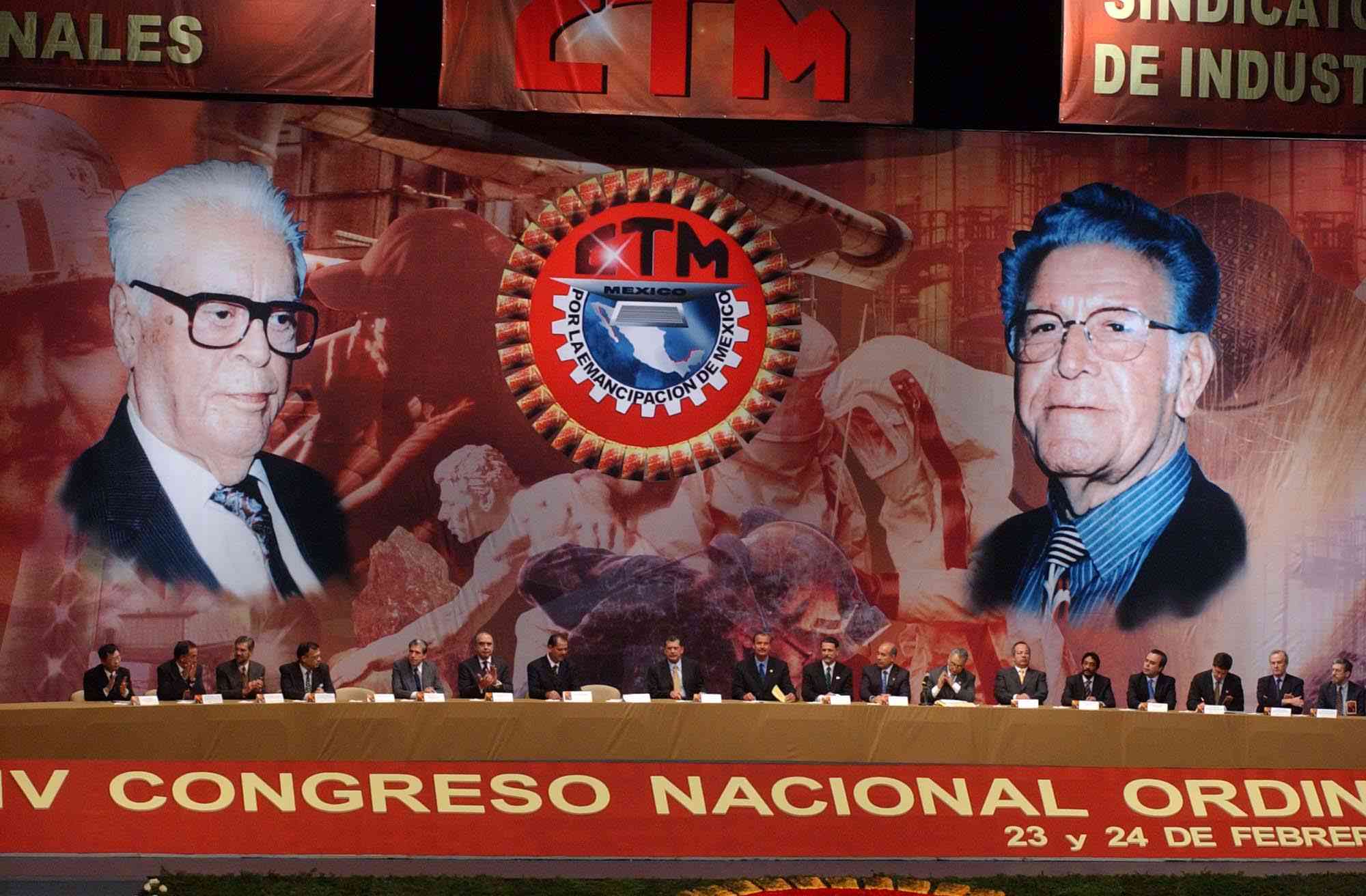 14th National Congress of the Workers’ Confederation of Mexico in 2004. (Wikimedia Commons)

But CTM’s lock-grip over labor relations in Mexico started cracking when the reform-minded Morena party swept into office nationally in the 2018 elections. CTM had suddenly lost its political patron, and rank-and-file Mexican workers had a national administration actually interested in protecting their rights, via both new laws and the serious enforcement of already existing labor statutes.

Meanwhile, midway through 2020, the successor trade agreement to NAFTA went into full effect. This new agreement has one important saving grace: a series of provisions, pushed hard by U.S.-based unions, that aim to help workers freely choose the unions that represent them.

This past week saw these provisions put to their ultimate test. In Silao’s massive General Motors plant, over 6,500 workers finally had the opportunity to pick a union of their own choice.

The former union at the plant, a corrupt CTM local, had negotiated a sweetheart deal that had workers laboring on 12-hour shifts four days — or nights — a week. The strains only intensified when Covid hit and the plant re-opened without the safeguards workers wanted.

“We felt like they were sending us into a slaughterhouse,” activist Silao worker Israel Cervantes would later tell the email weekly of the México Solidarity Project. “We held several protests and zoom press conferences to let the public know that vehicles count more to GM than human lives.”

“GM didn’t tell us they were terminating us for organizing, since that would be illegal,” explains Cervantes. “Instead, they used different pretexts for different workers. For me, after 13 years on the job, they called me into the office at 10:30 at night and told me I had been ‘selected’ to not work there anymore. They accused me of doping and went ahead and terminated me even though, at my own expense, I took a drug test that came out negative.”

Those terminations didn’t stop the determination of the Silao plant’s workers to organize for real change.

‘US Auto Workers Own Cars’

“We know that U.S. auto workers own cars,” Alejandra Morales Reynoso, a single mom who started at the Silao plant a dozen years ago, noted last year in an intervieww ith the México Solidarity Project. “Why can’t we be paid enough to own a car? Some of us can hardly pay the rent, and our houses don’t even have sewage! We know that the GM millionaires with their mansions and big cars could easily pay us well.”

This past summer, Morales Reynoso and other activists at the Silao plant organized to take advantage of their new rights under the Morena government and the USMCA trade pact.

They campaigned for — and won — a vote to invalidate the contract deal GM’s corrupt CTM union had foisted upon them. But their new independent union — the Sindicato Independiente Nacional de Trabajadoras y Trabajadores de la Industria Automotriz, or SINTTIA — still had to gain the official rights needed to bargain a new contract.

The vote to decide those bargaining rights took place this past Tuesday and Wednesday. Four unions appeared on the ballot: the independent SINTTIA, a recognizable CTM affiliate, and two other unions “there,” notes a Labor Notes analysis, “to divide the vote.”

Workers at the #GM plant in Silao, Mexico have voted for a true voice in the workplace by voting overwhelmingly to join independent union SINTTIA, defeating three company-linked unions. Unifor is proud to have worked with them toward this victory. #canlab https://t.co/zT6DKgp8s5 pic.twitter.com/5NoODYmPgY

GM officialdom made no secret of its preference. The company, SINTTIA activists charge, gave only the CTM-linked unions easy access to workers and, Labor Notes reports, fired one 20-year veteran at the plant who had been actively “flyering and signature-gathering in support” of SINTTIA.

None of this GM pressure surprised Héctor de la Cueva, the coordinator of a Mexican labor research center that’s been advising the activists with SINTTIA.

“These companies like General Motors,” de la Cueva observes, “continue to think that it’s better to negotiate with these mafias than with the authentic representatives of the workers.”

But worker activists like Alejandra Morales Reynoso — who led the bargaining rights campaign as SINTTIA’s general secretary — had the respect of their fellow workers. They also had the support of trade unions and champions of labor rights from around the world, points out Jeff Hermanson, the lead organizer in Mexico for the Solidarity Center, a U.S.-based global worker rights organization.

This international labor solidarity, says Hermanson, included support from U.S. groups ranging from the United Auto Workers to the Labor Notes organizing center and the México Solidarity Project network. The election itself brought supporting labor observer delegations from across the hemisphere, with eight trade unionists, for instance, representing GM local unions in Brazil.

What all these SINTTIA supporters understand: All over Mexico, massive state-of-the-art plants like GM Silao sit surrounded by workers living in poverty, the “whole reason,” Hermanson notes, why companies like GM are investing in places like Silao in the first place. Corrupt unions like CTM, he goes on, “facilitate and enable the brutal exploitation of workers, but the real winner and the real culprit is the U.S. corporate elite.” 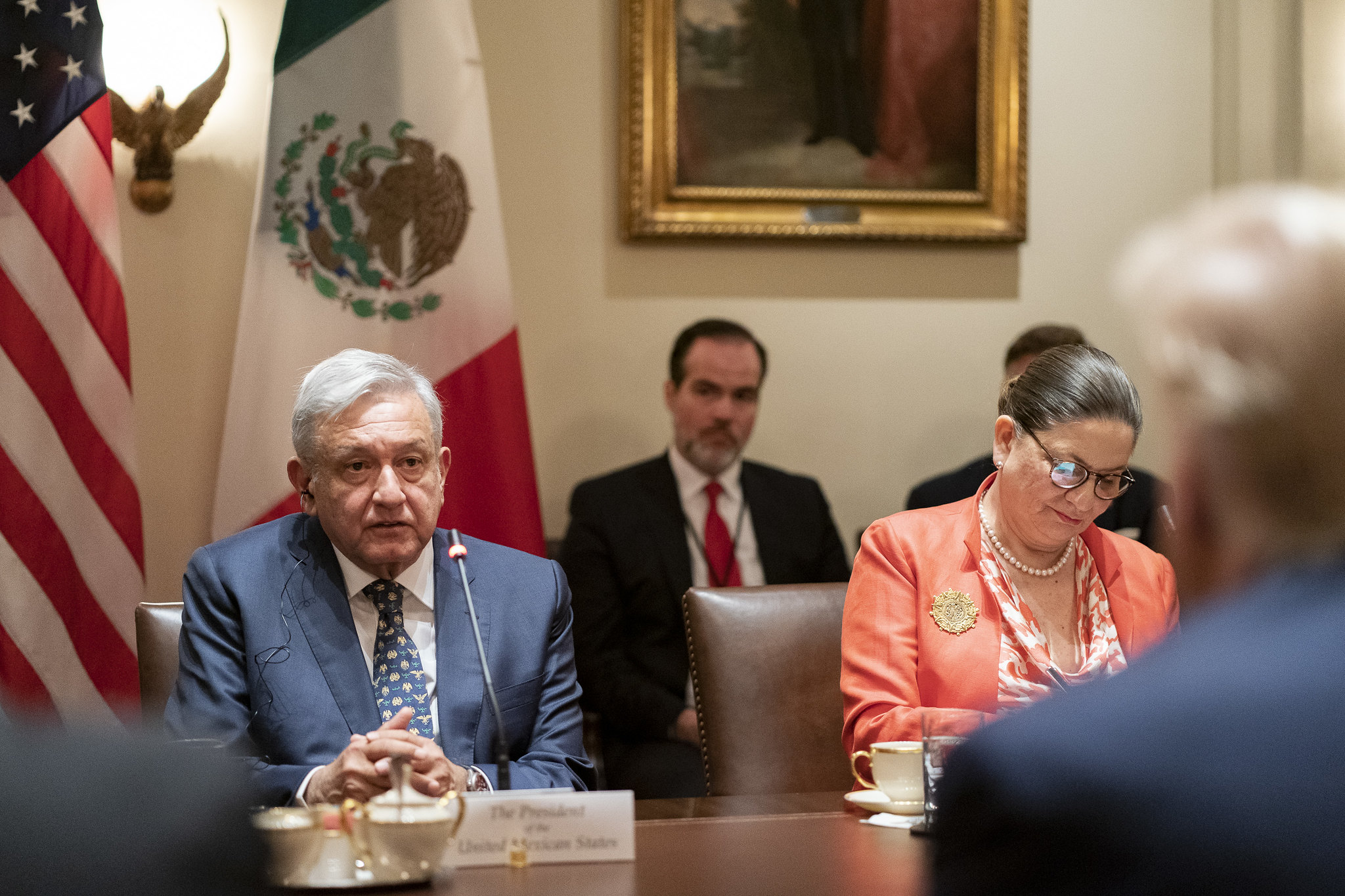 The run-up to this week’s GM Silao election to challenge that elite had moments of high tension. Three unfriendlies, SINTTIA leader Alejandra Morales Reynoso told The New York Times, came by her home “to threaten her over the campaign.” Canada’s auto workers union also charged that CTM officials “engaged in vote-buying.”

But the actual balloting went smoothly. Labor officials in both the Biden administration and Mexico’s Morena government had taken serious steps to guarantee the vote’s fairness. The vote’s stunning outcome: The Silao GM workers gave their overwhelming support to SINTTIA. The independent union won over three-quarters of all the votes cast.

This huge vote for SINTTIA, AFL-CIO president Liz Shuler exulted, represents “a significant victory not only for workers in Mexico but around the world.”

We will continue to observe the situation closely, and we look forward to working together with SINTTIA to improve the lives and livelihoods of workers in Mexico and the United States.

What happens next? The outcome in Silao, write Bloomberg business reporters Andrea Navarro and David Welch, “could start to break the CTM’s longstanding hold on Mexican labor wages and begin the long process of bringing pay closer to what workers make in the U.S. and Canada.” 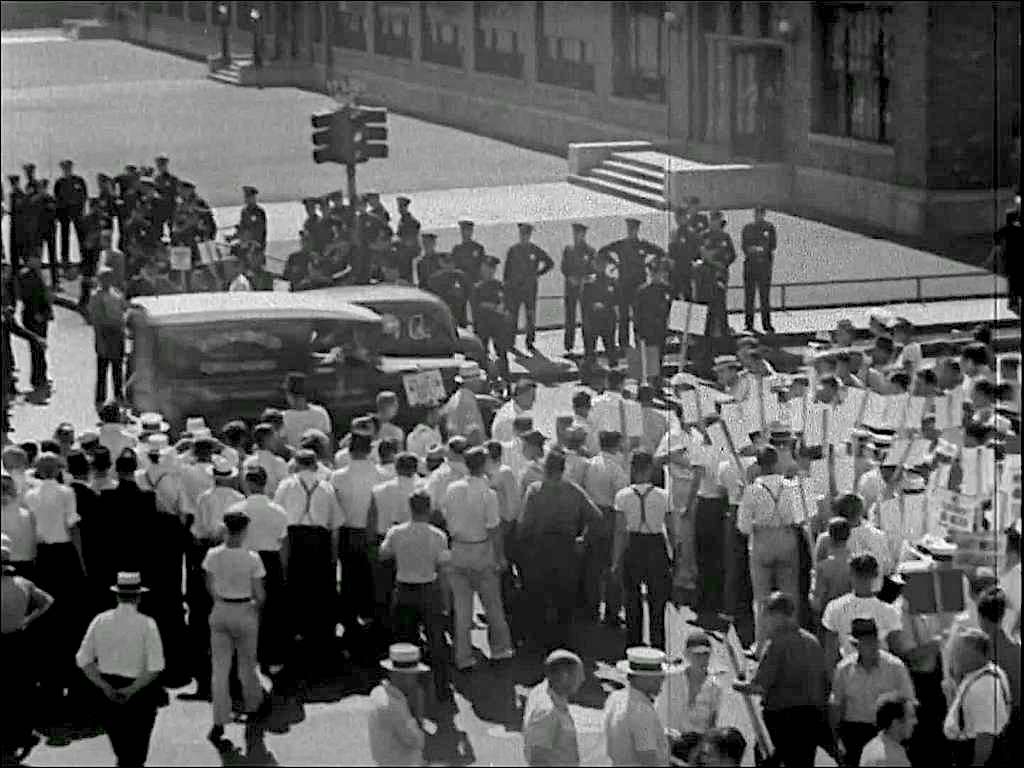 Mexico’s new labor order, notes the Solidarity Center’s Jeff Hermanson, will not come overnight. Just putting fully in place the infrastructure for democratic workplace decision making will take several years. But that logistical reality, Hermanson continues, should not in any way subtract from the significance of SINTTIA’s victory. He likens the importance of the Silao workers struggle to the landmark 1936-37 “sit-down strike” of GM workers in Flint, Michigan.

“In Flint, as in Silao, GM workers organized underground for years before standing up — or sitting down — en masse, overcoming the fear and repression that had held them hostage for a decade or longer,” says Hermanson. “The fear began to melt away as the workers felt their own power.”

Those workers in Flint sparked a labor upsurge that laid the foundation for the more equal USA of the mid-20th century. The workers in Silao may now have lit the spark for an entire more equal hemisphere.