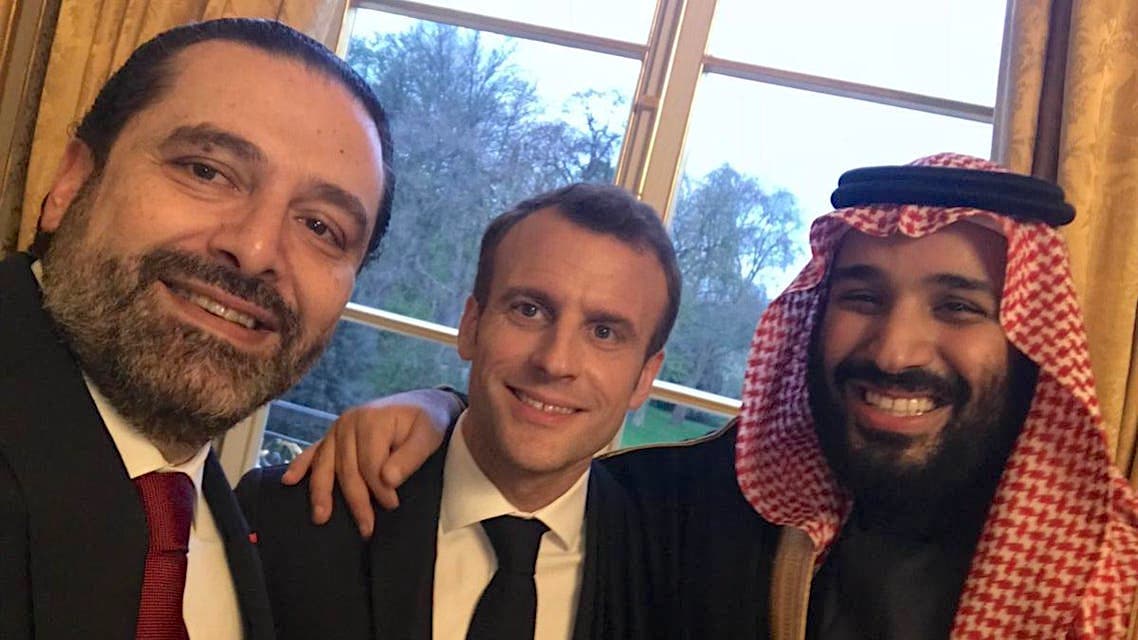 Two weeks ago, Saad Hariri, the former prime minister and son of the slain Prime Minister Rafiq Hariri, surprised his supporters by declaring the suspension of his political career in Lebanon. He cried as he told his supporters that he won’t be running for a parliamentary seat in the next election in May, and even asked his Future Movement to not field candidates anywhere in Lebanon.

This was a surprising turn for the top Sunni political leader in Lebanon. But it was not in any way Hariri’s doing; instead, it was an order from the Saudi leader, Crown Prince Muhammad Bin Salman, who made it clear he won’t let Hariri govern ever again.

MbS (as he is known) has not been faring well in his management of Saudi foreign policy (his father, King Salman, is too physically and mentally debilitated to manage the affairs of state).

The Saudi war on Yemen was intended to be a blitzkrieg victory but turned into a quagmire and the siege of Qatar imposed in 2017 ended with the defeat of MbS, who had to reconcile with the Qatari regime without having any of his political conditions met. The Qatari emir was received by Joe Biden last week while the Saudi and UAE rulers lobbied to receive an audience with Biden, or even with officials of lower rank.

In 2017, MbS ordered the arrest and torture of Saad Hariri, which was the first sign that the Saudi regime wanted a change in Sunni political leadership in Lebanon.

We now have an official American confirmation of Saad Hariri’s plight in the custody of Riyadh in a nasty political obituary written by David Schenker of the Washington Institute for Near East Policy. (Schenker held the post of top Middle East expert at the State Department under Donald Trump). So we now know that the U.S. government knew that Saad Hariri was tortured while in detention in Riyadh.

We also know form recent biographies of MbS, that Hariri was ordered to come to Riyadh, where he was detained, tortured and forced to resign from office (see the account in the book by Ben Hubbard). Hariri was made to read a prepared speech on Saudi regime TV station, Al-Arabiyya in which he lambasted Hizbullah and accused it of threatening his life:

The move was intended to end the political life of Hariri and to push Lebanon into civil war. But the plan did not go as expected: Hariri supporters in Lebanon rallied behind him and refused the order by the Saudi government to abandon him. And the Lebanese president and Hizbullah mounted a local media and international political campaign to rescue Hariri.

The French president intervened to secure the release of a weakened and humiliated Hariri. As soon as Hariri was freed, he rescinded his forced resignation, which only infuriated the powerful Saudi leader. He considered the step as an act of defiance. That sealed Hariri’s fate.

His return was taken as an intolerable snub by MbS, and the Saudi leader proceeded to boycott Lebanon. He cut off funding to most Lebanese personalities and parties with the exception of the Lebanese Forces and its leader, Samir Ja`ja`, who led the Israeli-sponsored Lebanese Forces in the 1980s and 1990s, and was responsible for many assassinations and war crimes during and after the civil war.

MbS thought that Hariri did not push far enough against Hizbullah and despised Saad for joining governments with Hizbullah representatives (Hizbullah won the largest number of votes in the last parliamentary election in 2018, and is by far the largest political party in Lebanon). After Saudi and UAE rapprochement with Israel, both saw enemies of Israel to be their enemies too. 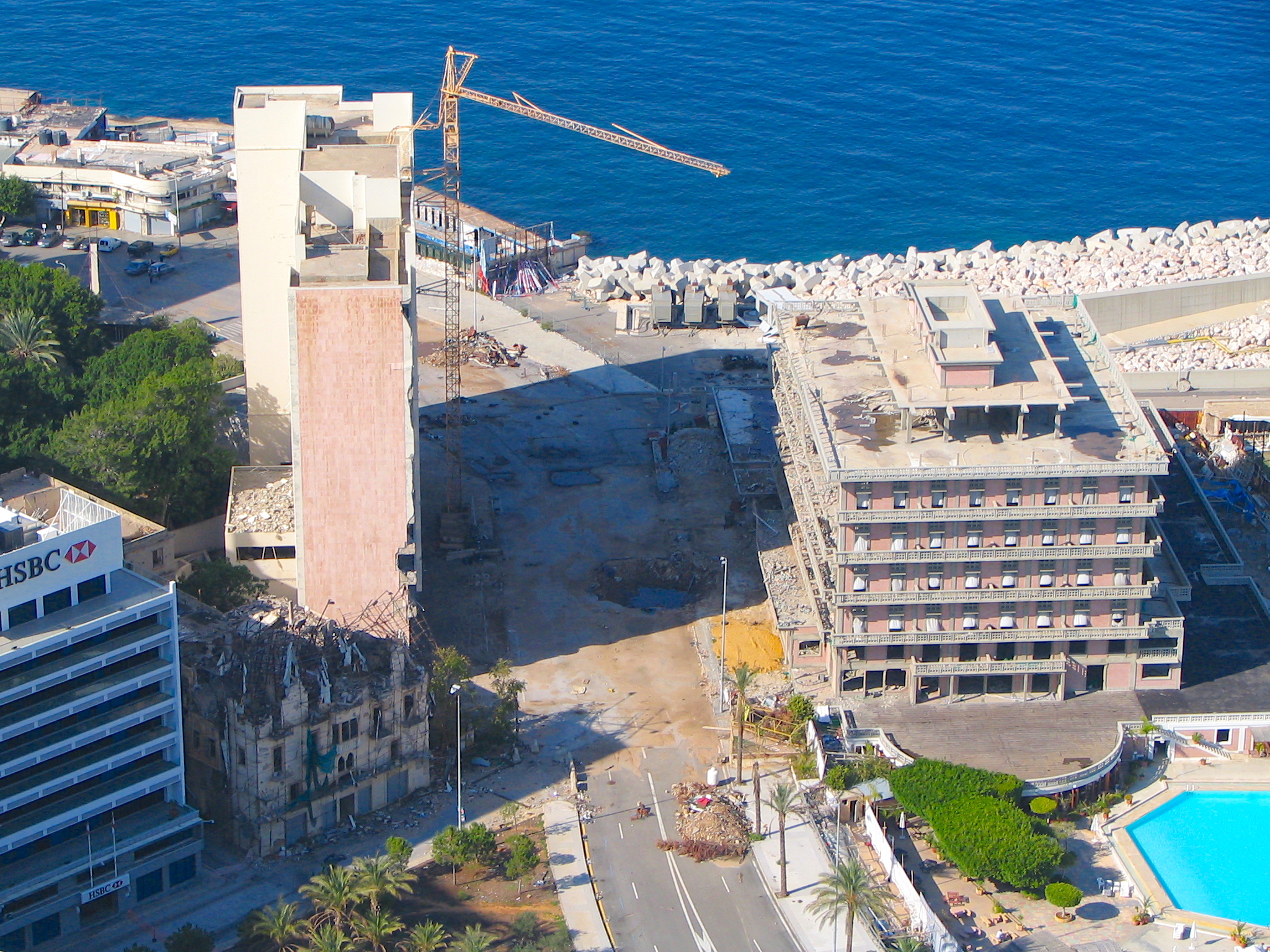 Scene of the car bombing in Beirut that killed Rafiq Hariri. 2005 (Gilbert Sopakuwa/Flickr)

Hariri has not been able to govern since. After the withdrawal of Syrian forces from Lebanon in 2005 in the wake of his father’s assassination, Saudi Arabia forced itself to become the patron of Lebanese Sunnis.

It was the Saudi royal family that picked Saad to succeed his father. At the time, Crown Prince Abdullah designated his brother, then Prince Salman (now king) to handle Rafiq’s succession within his family. It was Salman who decided to bypass Rafiq’s oldest son, Bahaa (who he accused of suffering from a bad temperament) and pick the younger Saad instead.

The job was clearly overwhelming for Saad. The man grew up in wealth and not much expectations were placed on him. He struggled in school and did not show much interest in politics. He was largely known as being part of the entourage of Saudi Prince Abdul-Aziz bin Fahd, who was powerful when his father ruled as king.

Though Saad was picked by Saudi Arabia to succeed his father, he struggled with Arabic. His tutor, Radwad As-Sayyid (who was a close advisor and speech writer for Rafiq Hariri) reported to me that Saad could not maintain focus to read texts in classical Arabic.

He couldn’t understand why the people of Tripoli cared about Nasser during his first parliamentary campaign, and Palestinian protests in the occupied territories meant nothing to him and to his brother Bahaa. (Bahaa is now mounting a political campaign from Monaco to lead the Sunnis of Lebanon and to succeed his brother).

Saad’s leadership was characterized by weakness and inability to satisfy his Saudi and Western patrons, who much preferred Prime Minister Fu’ad Sanyurah, who stepped down for Saad, because he stood up to Hizbullah.

To make things worse, Hariri’s financial fortunes suffered in conjunction with his political difficulties. His company, Saudi Oger (which was a major portion of his inheritance form his father), went bankrupt and Saudi Arabia accused him of defaulting on payments. He couldn’t any longer fund the political and media apparatus of the movement, so he shut down his newspaper and TV station.

He was also embroiled in personal scandals and enriched himself in office—just as his father had done before him. Furthermore, Saad did not even have the support of his family; his brother, Bahaa severed ties with him and has been working to obtain Saudi support for his political movement (the agenda of his political movement is to promote Saudi interests and to offer a more anti-Hizbullah position). Saad’s half-sister, Hind, is suing him in French court, while his half brother, Ayman, was the only one who backed him last week.

Saudi Arabia is bitter about Lebanon, just as MbS is bitter about Yemen, a little, poor country that could not be subdued after years of brutal bombardment and a cruel siege. Likewise, Hizbullah, despite the Israeli offensive war of 2006, has not been dislodged from Lebanese politics, and its military arsenal remains intact.

Israel, the U.S., and Saudi Arabia have focused their campaign for the last few years on the Christian allies of Hizbullah but that did not prevent Michel Awn (a key ally of Hizbullah) from becoming president.

Hariri’s early political retirement is not voluntary and he will try a comeback, especially if Muhammad bin Salman fails to become king in Saudi Arabia.

But as long as MbS rules Saudi Arabia, Saad Hariri will be banned from Lebanese politics.

For the time being, Hariri resides in a government-owned villa in the UAE but is banned from any political activities there by order of Muhammad Bin Zayid (a key ally of Muhammad bin Salman). Hariri’s frustration must have been directed at the U.S. and France—two countries with which he closely cooperated but who failed to help him in his debacle with MbS.