If gains can be made in a year as disastrous as this one, just think what might be accomplished in 2022, writes Medea Benjamin.

This year, 2021, began with a huge sense of relief as Donald Trump left the U.S. presidential office. We hoped to emerge from the ravages of Covid, pass a hefty Build Back Better (BBB) bill, and make significant cuts to the Pentagon budget. But, alas, we faced on Jan. 6 a largely white nationalist insurrection, two new Covid mutations, a sliced-and-diced BBB bill that didn’t pass and a Pentagon budget that actually INCREASED!

It was, indeed, a disastrous year, but we do have some reasons to cheer:

1. The U.S. Capitol withstood the uprising on Jan. 6 and key right-wing groups are on the wane. With participants in the insurrection being charged and some facing significant jail time, new efforts to mobilize — including September’s “Justice for J6” rally — fizzled. As for Trump, let’s remember that in early 2021, he was impeached again and his attempt to build a rival social media service seems to have stalled. QAnon is in decline — its major hashtags have evaporated and Twitter shut down some 70,000 Q accounts. We may still see a resurgence (including another Trump attempt to take the White House), but so far, the insurrection seems to have peaked and is being rolled back.

2. Latin America is undergoing a massive shift toward progressive governments. Gabriel Boric, a young Chilean progressive who campaigned for broad reforms, including universal healthcare and a higher minimum wage, won a landslide victory in December. His triumph follows the victories of Xiomara Castro in Honduras in November, Pedro Castillo in Peru in June and Luis Arce in Bolivia in October 2020. In Brazil, former President Lula da Silva may soon return to the presidency via next year’s elections. All of this bodes well for policies that benefit the people of Latin America and for greater solidarity with Cuba, Venezuela, Nicaragua and other nations in the U.S. crosshairs.

3. The struggle for racial justice and accountability saw some major wins in 2021. Former police officer Derek Chauvin was found guilty on all three charges related to the murder of George Floyd and has pled guilty in the federal civil rights version of the case. The three Georgia men who killed Ahmaud Arbery for the crime of going out for a jog were also convicted. Progressive district attorneys in cities and counties across the U.S. are fighting to end cash bail and no-knock warrants, mass incarceration and mandatory sentencing minimums. We see a backlash against these DAs, such as in Los Angeles and San Francisco, but they have strong community support. 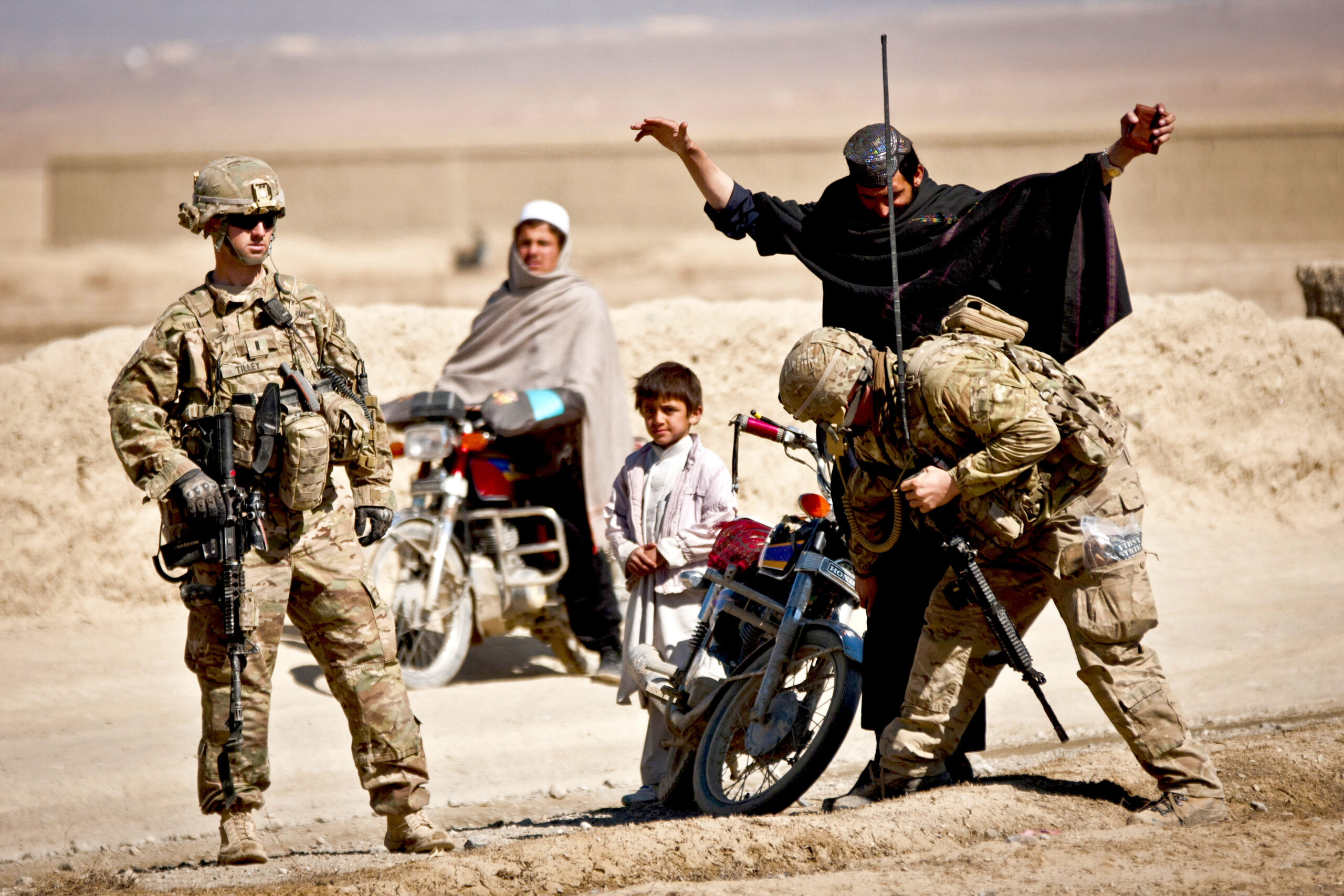 4. U.S. troops left Afghanistan, winding down a deadly 20-year intervention. Some of us were against this U.S. invasion to begin with, and pushed for 20 years for the troops to leave. The exit was carried out in the same shameful, chaotic way as the 20 years of war, and the U.S. is once again targeting the Afghan people by freezing the billions of dollars of Afghan money held in overseas banks. That’s why we have joined the effort to #UnfreezeAfghanistan. But we do recognize that the U.S. troop withdrawal was necessary to give Afghans the chance to shape their own future, to stop spending $300 million a day on a failed war and to roll back U.S. militarism.

5. Covid has returned with a vengeance, but we have been winning battles against other deadly diseases. Malaria, which kills half a million people a year, mostly in Africa, might be vanquished thanks to a groundbreaking vaccine, the first ever for a parasitic disease. On the HIV front, a new vaccine has shown a 97 percent response rate in Phase I clinical trials. Almost 40 million people were living with HIV in 2020, and hundreds of thousands of people die from AIDS-related illnesses each year. While the vaccine is still in Phase I trials, it is an extremely hopeful sign for 2022.

6. The U.N. Treaty on the Prohibition of Nuclear Weapons, adopted in 2017, went into effect this year after fulfilling the requirement that it be ratified by at least 50 countries. The U.S. and the world’s other nuclear powers have not signed the treaty and it has no enforcement mechanism but, for the first time in history, nuclear weapons are illegal under international law. With 86 signatories so far, the treaty helps to delegitimize nuclear weapons and reinforce global norms against their use. At a time when the outcome of the nuclear talks with Iran are uncertain, and when conflicts with Russia and China regarding Ukraine and Taiwan are intensifying, such a reminder is critical.

7. In the U.S., workers are actually gaining power amidst the ravages of Covid. Wages are going up and unions are starting to re-emerge. With millions of workers quitting their jobs from burnout or re-evaluation of life goals (dubbed the “Great Resignation”), the resulting labor shortage has given workers more space to push for better wages, benefits and working conditions. There were over 300 strikes from hospitals to coal plants to universities — many of them successful. Starbucks workers in Buffalo, New York, succeeded in forming the first union at a Starbucks store in the U.S. Amazon workers in Bessemer, Alabama, lost their attempt to form the first Amazon union, but the National Labor Relations Board has ordered a new election due to management’s improper conduct. So, 2022 may well be a banner year for worker’s rights and unions.

8. While not nearly enough, there were some key environmental gains, with U.S. President Joe Biden starting his term by re-entering the Paris Climate Accords. The COP26 meeting put a spotlight on the urgent need for revved up environmental action, with environmental activists worldwide pressuring their own governments to step up. Some 44 nations are now committed to ending the use of coal, and the G7 countries vowed not to fund coal plants any more. Here in the U.S., thanks to sustained environmental activism, the Keystone XL and PennEast pipelines were officially canceled. Renewable energy installations are at an all-time high and wind farms are planned along the entire U.S. coastline. Another major polluter, China, is building the largest energy installation in history, a whopping 100 gigawatts of wind and solar power (the entire capacity, as of 2021, of U.S. solar energy), and plans to plant a Belgium-sized area of forest every year going forward.

9. Yes, there have actually been some advances for women’s choice this year. When we look beyond the outrageous anti-abortion law in Texas that empowers private citizens to sue abortion providers, we see that many countries in the rest of the world are moving in the opposite direction. In 2021, abortion was legalized in South Korea, Thailand and Argentina, while safe access increased in New Zealand, Ecuador and Uruguay. A major victory in a very Catholic country came in September, when Mexico’s Supreme Court decriminalized it. Isn’t it ironic that, prior to Roe v. Wade, thousands of women from U.S. states along the Mexican border would cross into Mexico to get (illegal) abortions? Now, they might again be going, and this time for legal abortions.

10. Another reason to celebrate: 2021 is over. And 2022 may actually be the year we conquer Covid and move forward on a full agenda of pressing issues, including pushing Congress to pass a version of the Build Back Better bill; pressing for passage of the voting rights legislation that will stop the outrageous statewide voter suppression; mobilizing against the far right — and a return of Trump or Trump-lite; stopping the Cold War with China; preventing a military conflict with Russia in Ukraine; and cutting the outrageous Pentagon budget to invest in the health of our people and planet.

Medea Benjamin is cofounder of CODEPINK for Peace, and author of several books, including Kingdom of the Unjust: Behind the U.S.-Saudi Connection.

← THE ANGRY ARAB: How Mossad Helps Arab Despots
A Bittersweet 2021 →