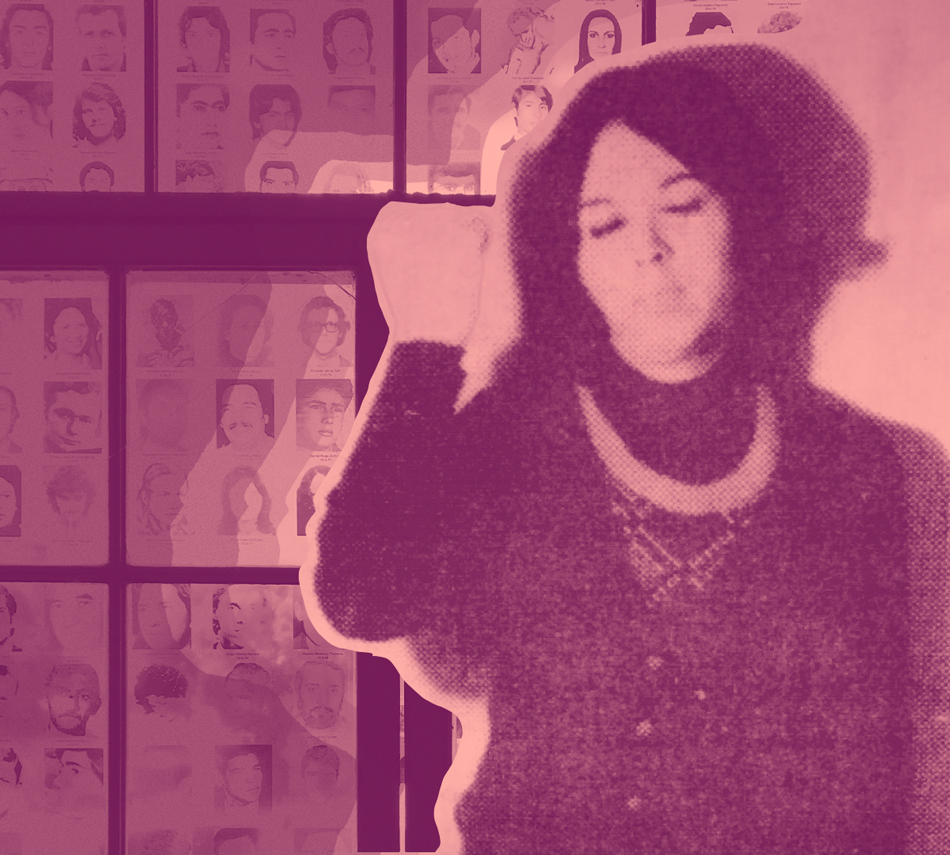 Unknown victims and prisoners at the Navy School of Mechanics, or ESMA, 1976-1983. (Photographs by Victor Basterra, Argentina; collage by Daniela Ruggeri)

These measures are to be funded by $424.4 million from the United States. This money will go towards the same institutions that have — for the past 60 years — intervened to undermine the sovereignty of democratic processes from Iran (1953) and Guatemala (1954) to Honduras (2009) and Bolivia (2019).

The U.S. focuses on falsely portraying governments that are unwilling to accept U.S. leadership as corrupt — as was with the case Brazil’s ‘soft coup’ against former Presidents Dilma Rousseff and Lula da Silva — all while shielding its allies who have documented evidence of corruption — such as the outgoing Honduran President Juan Orlando Hernández. His political bloc was defeated by the left in the recently conducted presidential election.

Washington’s measures amount to a “Plan to Destabilise the Planet,” a stark contrast with the “Plan to  Save the Planet” recently launched by 26 research institutes. 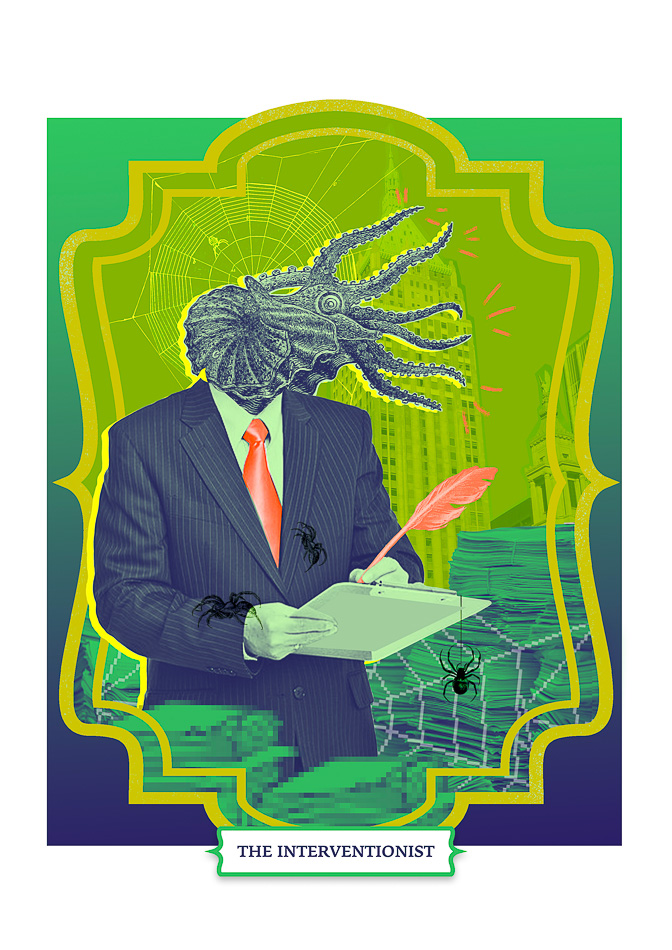 Biden’s attention is on countries such as Cuba and Venezuela, China and Russia, Iran and Zimbabwe. Despite all the howls of despair during Donald Trump’s presidency, there seems to be less urgency amongst liberals regarding the global consolidation of far-right forces. If anyone went to the Summit for Democracy thinking that concerns would be raised about the consolidation of right-wing forces in Latin America or about the tight grip established by right-wing forces in Europe, they would have been disappointed. U.S. liberalism fears attempts to build independent, sovereign political projects far more than it fears the terrible nightmare of fascistic governments.

Republican U.S. Senator Marco Rubio effectively operates as Washington’s ambassador for the destabilization of the left and the establishment of far-right governments around the world. Between meddling in the fortunes of the Cuban people and the people of the Solomon Islands, Rubio recently met with Chile’s far-right José Antonio Kast to discuss their common antipathy to the growth of the socialist forces in Latin America.

Meanwhile, Santiago Abascal, the leader of the Spanish far-right party, Vox, went to the United States to meet with the Republican Party and the Heritage Foundation as part of their tour to create the right-wing think tank Dissent Foundation (Fundación Disenso) and the right-wing political network the Madrid Forum (Foro Madrid).

The Vox-inspired “Charter of Madrid: In Defence of Freedom and Democracy in the Iberosphere” warns about the rise of the left in both Spain and Latin America, using exaggerated language about the “totalitarian yoke” of left-led governments and warning how the “advance of communism poses a serious threat to the prosperity and development.” This framing projects its own authoritarian agenda onto the left, stoking fear amongst the public. The Madrid Forum has brought together the Brazilian far right (rallied by President Jair Bolsonaro) and the Portuguese far right (CHEGA), a development blessed by the right-wing political forces in Washington and in European capitals. 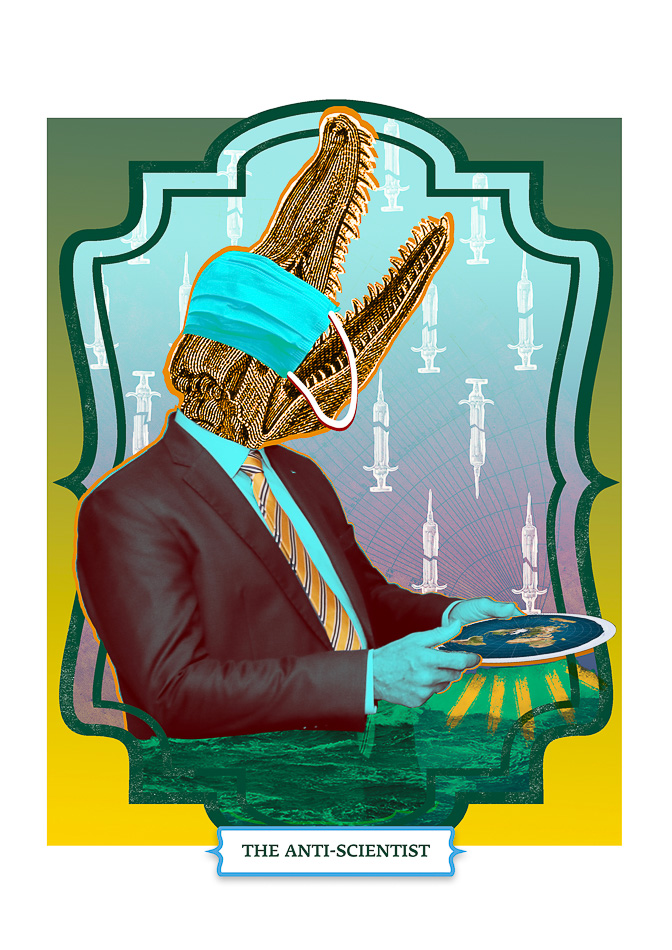 As an impetus for the creation of the Madrid Forum, Vox points to the role of the Communist Party in the Spanish government, to the growth of two formations in Latin America (the São Paulo Forum, established in 1990, and the Puebla Group, established in 2019), and to the electoral victories of the left from Bolivia to Nicaragua.

For far-right forces like Vox, such electoral results and the defense of the revolutionary processes in Cuba and Venezuela must be fought by any means. The histories and legacies of destructive coups run through these men, whose commitment to democratic principles and institutions is limited.

The Dissent Foundation and other similar endeavors are designed to delegitimize the governments and movements of the left, painting them in the worst light and then offering regional support for the U.S.-driven hybrid war.

No comparable gathering of the left (the São Paulo Forum or the Puebla Group) has ever asserted such politics. Instead, their goals center around finding ways to strengthen co-operation and learn from each other about policy initiatives that undermine both imperialism and neoliberalism and further the interests of humankind. There are two sides to the developments in the Iberosphere: while the left is trying to drive a project of collaboration, the right is building armies of confrontation.

Similar moves by the right are afoot in Europe, although with limited results. Over the past few years, several meetings have taken place between Brussels and Warsaw, but, apart from the release of vague statements about unity, little actual political coordination has taken place. “Russia” and the “European Union” stand in for “Venezuela” and “Cuba,” with hyperbolic language intended to mask the real dangers of the ruling parties of Hungary’s Viktor Orbán and Poland’s Jaroslaw Kaczynski. 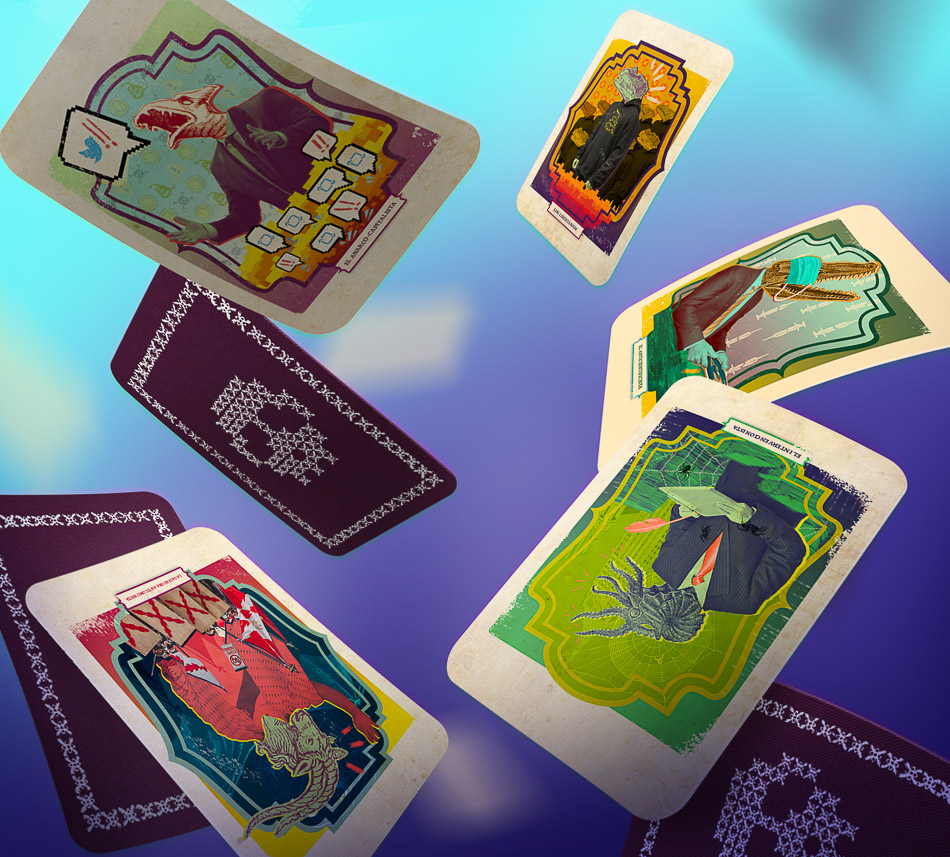 Our latest dossier, “New Clothes, Old Threads: The Dangerous Right-Wing Offensive in Latin America,” offers a thoughtful journey through the emergence of the right wing across Latin America. The dossier explores different right-wing forces, assessing them in terms of their relationship to major capitalist interests and testing three hypotheses, each of which have much to offer to our assessment of the right wing:

The major capitalist forces recognize that the bourgeois system is in crisis and that the left wing has begun to make gains. Eager to prevent the ascendency of the left, the ruling class quite comfortably aligns itself with far-right forces and with a new authoritarian form of government (such as the elites’ alignment with Jair Bolsonaro in Brazil, though that is now fracturing).

A Crisis of Imagination

These hypotheses allow us to take the reader on a journey through the current realities in Peru, El Salvador, Uruguay, Argentina and Brazil. The new discourses of the right continue to trouble our ability to generate a new commitment to a dignified, socialist future. No modernization of capitalism is possible, neither by the harsh policies of the far right nor by the center right. Such a modernization program puts at its center the defense of capital accumulation and profit above the pressing needs of humanity and nature.

This dubious program has been able to provide trillions of dollars to prevent the collapse of the capitalist system during the Covid-19 pandemic but has failed to provide the resources needed to prevent the erosion of basic human needs around the planet. Amidst the million crises that have befallen humanity, the crisis of imagination is one of the foulest. We struggle to imagine a better world while allowing ourselves to pickle in the hatred of social hierarchies and xenophobia.

The art in this newsletter is from the dossier, mocking the monsters that emerge in the “interregnum,” in Antonio Gramsci’s words, in these clever tarot-like cards: The Libertarian, The Anarcho-Capitalist, The Anti-Scientist, The Techno-Feudal Lord, The Anti-Communist Savior, The Pacifier and The Interventionist. Hovering above these figures is a caricature of the right wing’s greatest fear – The Specter – which for the rest of us is a symbol of hope and resistance that is ushering in a new world. 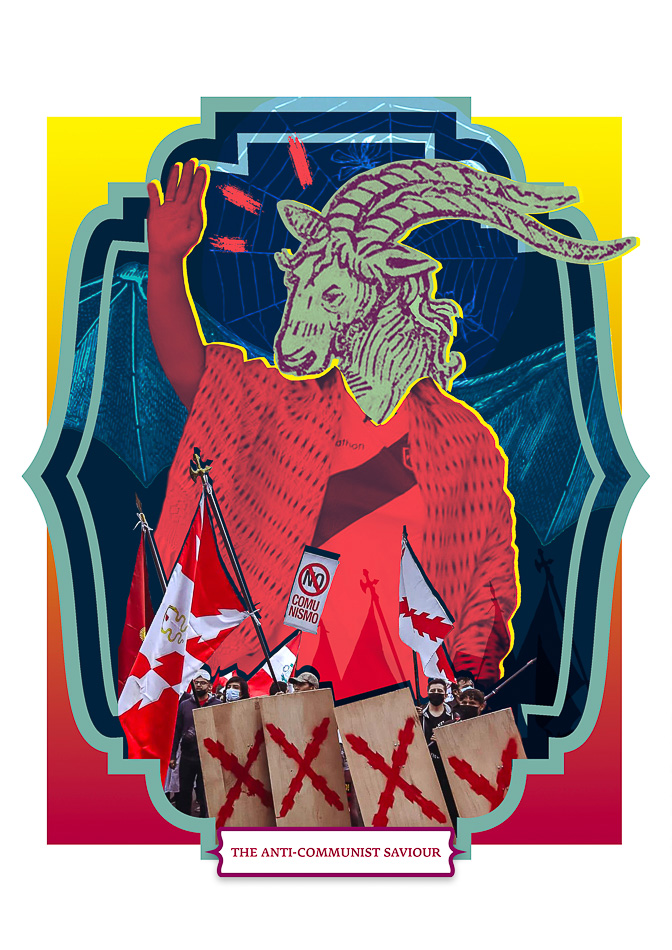 The history of the far right around the world is ugly; its monuments are the ruins of factories and torture chambers, ugliness that strips dignity from the vast mass of humanity. Five thousand student and trade union activists were tortured and killed between 1976 and 1983 in Argentina’s Navy School of Mechanics (ESMA) in Buenos Aires of the more than 30,000 people killed and disappeared by state terrorism during that time.

Before the torture began, Victor Basterra, a prisoner at ESMA, was forced to photograph each of the other prisoners. Among these photographs is the image of a defiant woman which opens this newsletter. She could hear the screams of unknown militants in the basement where she was detained. She knew that was her fate. She guessed that she would not survive this experience, as 30,000 others did not. This brave, unknown woman stood in front of the camera and raised her fist in a revolutionary salute. Her bravery is a signal across time to all of us. If you are resisting, you are not defeated.

In the dying days of Augusto Pinochet’s dictatorship, Raúl Zurita, a Chilean poet, reflected on the thousands of people who had been arrested, tortured and killed in his country. They are the martyrs of the hideous old right. In his Canto a su amor desaparecido (1985), Zurita, like the anonymous woman detained at ESMA, rejects despair and holds fast to love as our necessary antidote:

10 comments for “The Right is Building Armies of Confrontation”