“For decades, our people have expressed their dreams and hopes on the streets and in the squares,” Gabriel Boric’s party said after their candidate’s victory. 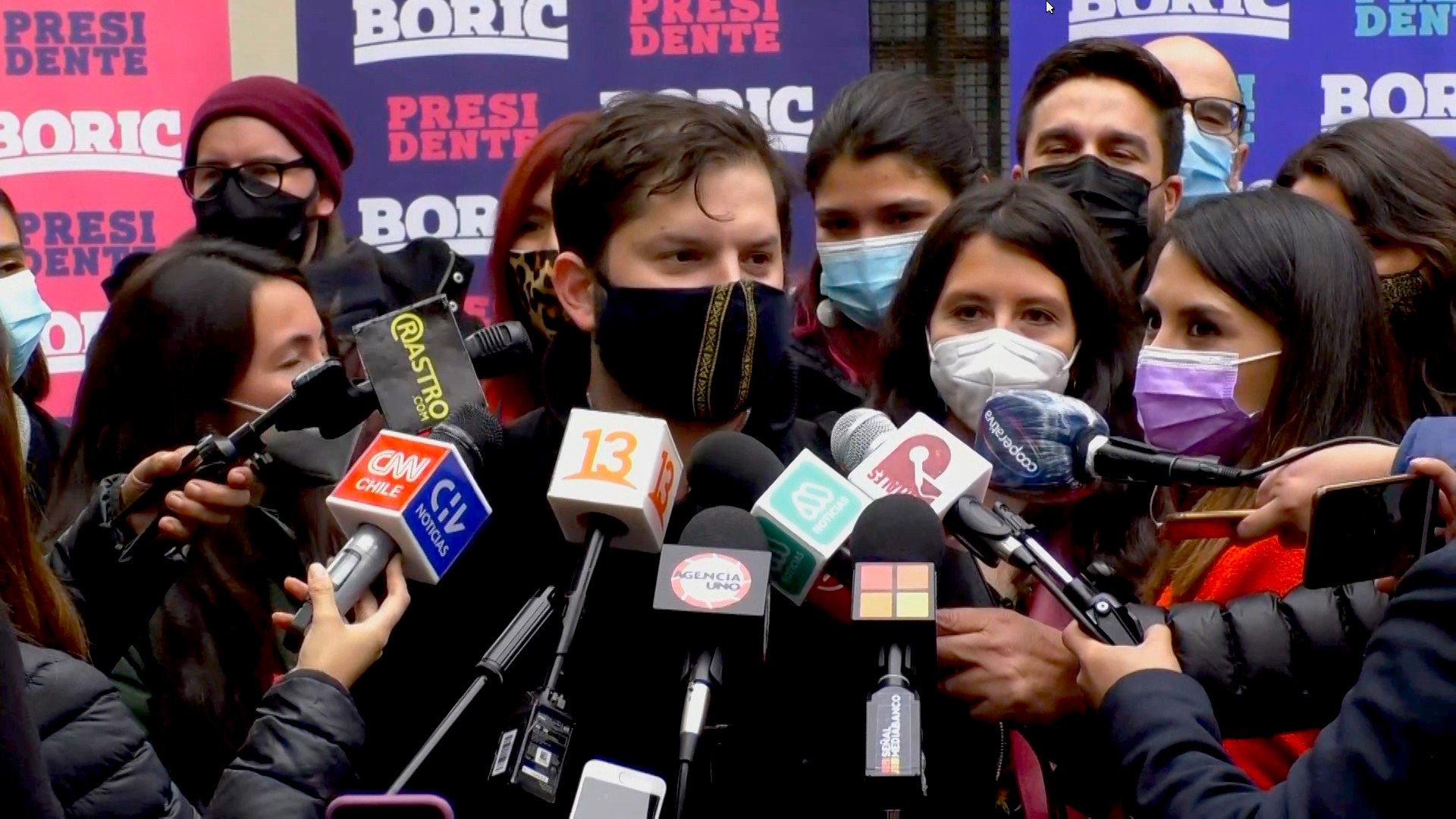 Gabriel Boric, Chile’s newly elected president, addressing supporters in May after collecting enough signatures to get on the ballot. (Mediabanco Agencia, Flickr, CC by 2.0)

Socialist Gabriel Boric’s victory in Chile’s high-stakes presidential election Sunday was hailed by progressives worldwide as an inspiring example of how a democratic groundswell can overcome deeply entrenched forces of reaction and chart a path toward a more just, equal and sustainable future.

Riding a massive wave of anger at Chile’s neoliberal political establishment and the economic inequities it has perpetuated, Boric — a 35-year-old former student activist — handily defeated José Antonio Kast, a lawyer and politician whom one commentator characterized as “easily as reactionary as far-right dictator Augusto Pinochet,” the leader of the U.S.-backed military junta that ruled Chile with an iron fist for nearly two decades.

“At last. The specter of Pinochet is removed from Chile,” declared former Greek Finance Minister Yanis Varoufakis, a co-founder of Progressive International, which sent members of its observatory to monitor the election and ensure fairness.

Boric, who ran on the promise to undo the lingering vestiges of Pinochet’s regime, will become the youngest president in Chile’s history when he takes office in March. The transition of power comes amid national turmoil fueled by the Covid-19 pandemic and deep-seated economic and political crises that have made the South American nation one of the most unequal OECD countries.

Last month, Chileans voted by an overwhelming margin to rewrite the nation’s Pinochet-era constitution, an indication of the widespread desire for systemic change.

“If Chile was the cradle of neoliberalism, it will also be its grave. Do not be afraid of the youth changing this country,” said Boric, who has vowed to cancel student debt, impose higher taxes on the wealthy, oppose environmentally destructive mining initiatives, and scrap Chile’s private pension system—another leftover from the Pinochet regime.

“We are a generation that emerged in public life demanding our rights be respected as rights and not treated like consumer goods or a business,” Boric said in his victory speech Sunday. “We no longer will permit that the poor keep paying the price of Chile’s inequality.” 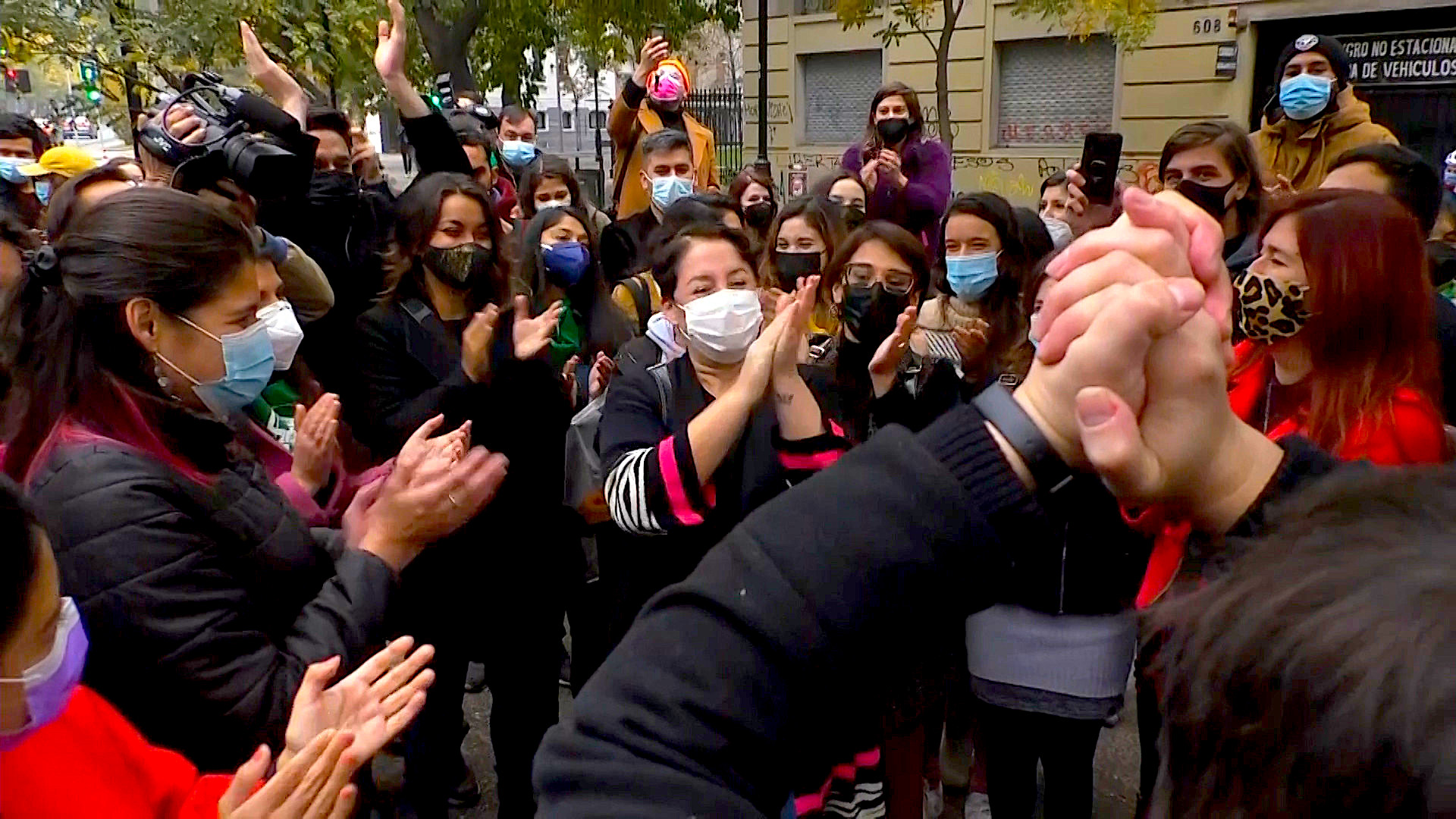 Supporters of Chile’s Gabriel Boric on May 18, celebrating the collection of signatures needed to put him on the ballot. (Mediabanco Agencia, Flickr, CC by 2.0)

“The victory you have achieved is that of the Chilean people and the Latin American peoples share it,” Castillo tweeted late Sunday. “Let us continue fighting for the unity of our nations.”

Progressive International member Convergencia Social, the left-wing political party led by Boric, said in a statement Monday that “for decades, our people have expressed their dreams and hopes on the streets and in the squares.”

“Through creativity and hope, we have built the road to a new Chile, one that is more democratic, one with social rights and a new way of relating to the environment,” the party said. “Now, we will travel down that road to a new Chile. Together, we will bury neoliberalism and rebuild the world.”

9 comments for “Chile’s Triumph over the Legacy of Pinochet”