The Napola pupils were often able to convince their American hosts that events in Germany were not nearly as dire as press reports might lead them to believe, writes Helen Roche. 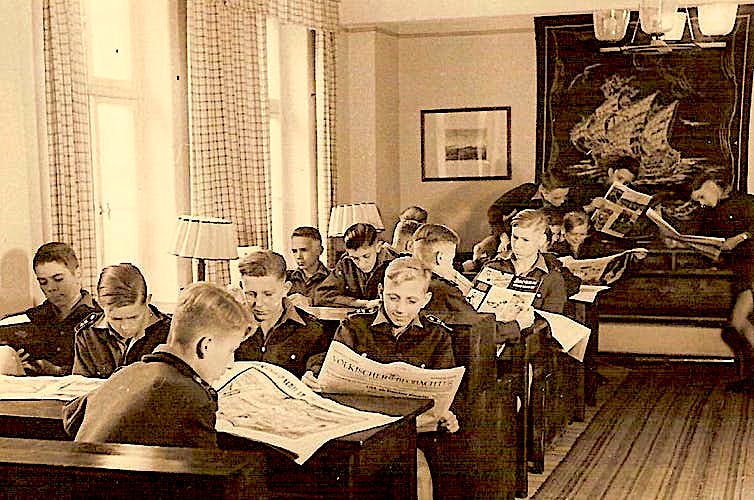 In the summer of 1935, the Nazi government hijacked a student exchange program between leading American and German schools.

The International Schoolboy Fellowship, as it was known, was first set up by Walter Huston Lillard, the headmaster of Tabor Academy in Massachusetts, in 1927 to foster better relations between all nations through schoolboy exchange. Participating countries included the U.S., Germany, France and Great Britain.

Lillard believed “that misunderstandings and quarrels between nations often arise through long-distance misjudgments,” and that “the development of contacts … will tend to promote cordial relations and lasting friendships.”

But by 1935, officials in charge of the Third Reich’s new elite schools, the National Political Education Institutes, or Napolas, had plans to appropriate the exchange program to promote National Socialist aims.

These Nazi institutions were modeled on elite British public schools, the Prussian cadet corps and ancient Sparta. The schools educated boys aged 10 to 19, training them as future leaders.

On Feb. 12, 1935, Lillard and the International Schoolboy Fellowship were informed by the Napola authorities that they would exchange 10 American boys for 10 Napola pupils from July to December 1935.

As I describe in my new book, The Third Reich’s Elite Schools –A History of the Napolas, the American exchange organizers were unaware that the German pupils and staff were charged with an explicitly propagandistic mission. The Germans’ aim: Counteract and neutralize the effect of anti-Nazi reporting in the American media, and favorably influence public opinion of the Third Reich.

By 1938, 18 American prep schools were taking part in the Napola exchanges.

Reinhard Pfundtner, the 17-year-old son of a high-ranking civil servant in the Third Reich’s Interior Ministry, was one of the first German boys selected for the exchange program. His participation helped ensure the effectiveness of this pro-Nazi propaganda campaign at the highest level.

In his role as state secretary of the Third Reich’s ministry of the interior, Reinhard’s father, Hans Pfundtner, was one of the key architects of the Nuremberg Laws, which demoted Jews and Gypsies to a pariah status within Nazi Germany, and which were instrumental in the Holocaust’s genesis. Hans Pfundtner was also a member of the Olympic Committee. He intended to use the exchange as an opportunity to persuade Lillard, his son’s American headmaster, to lobby in favor of U.S. participation in the upcoming 1936 Winter Olympic Games in Germany.

Hans Pfundtner and Lillard left letters, now preserved in the German Federal Archives, that show that the Tabor Academy principal was completely swayed by the Pfundtners’ pretense of disinterested friendship.

In one letter dated Nov. 23, 1935, Lillard assured Pfundtner that his “excellent letter replying to … questions about the Olympic Games” had been “quoted by several of our good newspapers, and was included in the Associated Press service throughout the country. … Undoubtedly, this message of yours will be very helpful in submerging some of the false propaganda.”

Many leading American prep schools took part in the Napola exchange program each year following 1935, including Phillips Academy Andover in Massachusetts and Phillips Academy Exeter in New Hampshire, St. Andrew’s in Delaware, Choate and the Loomis School in Connecticut, and New Jersey’s The Lawrenceville School. Between 1936 and 1938, 15 American pupils each year learned at the Nazi elite schools for 10 months, while 30 Napola pupils spent five months each at the American schools.

Even after the “Night of Broken Glass” pogrom in November 1938, in which over 7,000 Jewish businesses and over 250 synagogues in German territories were destroyed, Lillard still urged principals at the prep schools that were part of the Napola-ISF exchange to continue the program into the 1939-40 academic year.

In a letter written after that event, Lillard said “If we continue to bring the boys together, something constructive may be accomplished; whereas, if we abandon all efforts in the direction of Germany, we are closing the opportunity for the future leaders to be enlightened … .”

Despite the controversial nature of the exchange program, many of the schools whose archives I consulted for my book were most helpful and curious to learn more about their institutions’ unsuspected connections with the Third Reich.

Given these exchanges, the Napola program appeared to have achieved some success in persuading their American partners to give the Nazi regime the benefit of the doubt, at least in the short term. 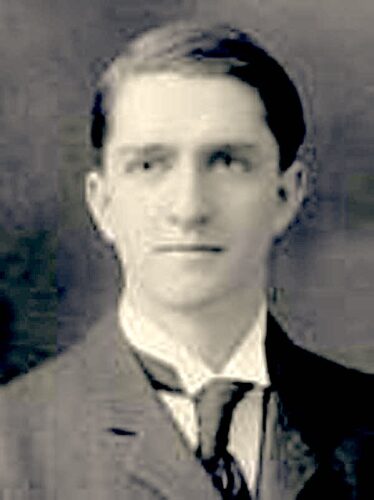 In response to negative media coverage on the violent persecution of Jewish Germans and other minorities that was taking place under the Nazi regime, the Napola pupils attempted to actively discredit these accounts as biased or as “Jewish propaganda.”

According to accounts in surviving school newsletters, the Napola pupils were often able to convince their American hosts that events in Germany were not nearly as dire as press reports might lead them to believe. They were often given the opportunity to present their own political views, in speech and in writing.

For instance, one exchange student at Tabor Academy, Wolfgang Korten, wrote in “The Tabor Log” in June 1939, “I was glad to talk to the American as a German about Germany, and to give him some ideas about my homeland, different from those he reads in his papers.” He also stressed that to wholly reject “fascism” and “Nazism” in the name of “democracy” was a mistake.

Newsletter reports on both sides also suggest that the American pupils enjoyed getting to know the “new Germany” and could quite easily become sympathetic to their hosts’ political perspectives.

One American pupil who attended the Napola in Plön, Germany, wrote in 1938 that the year he had spent there was the “greatest experience” of his life. Another was even discovered by his fellow Napola pupils practicing the Hitler salute in front of his mirror. Meanwhile, many staff and students at the U.S. academies kept in touch with their German partner schools even after the outbreak of war in 1939.

To a present-day reader, the attitudes toward Nazi Germany depicted here might seem highly naïve. At the time, however, many educated Americans shared similar sentiments – curious, trusting in German good faith and willing to downplay or disregard prior reports of Nazi atrocities.

That is, until the Nazis’ desire for war became impossible to ignore.

8 comments for “US Prep Schools’ Exchanges with Elite Nazi Academies”