U.S. tensions with China enter truly dangerous territory when they move into the arena of values, writes Branko Milanovic. Washington is trying to divide the world. 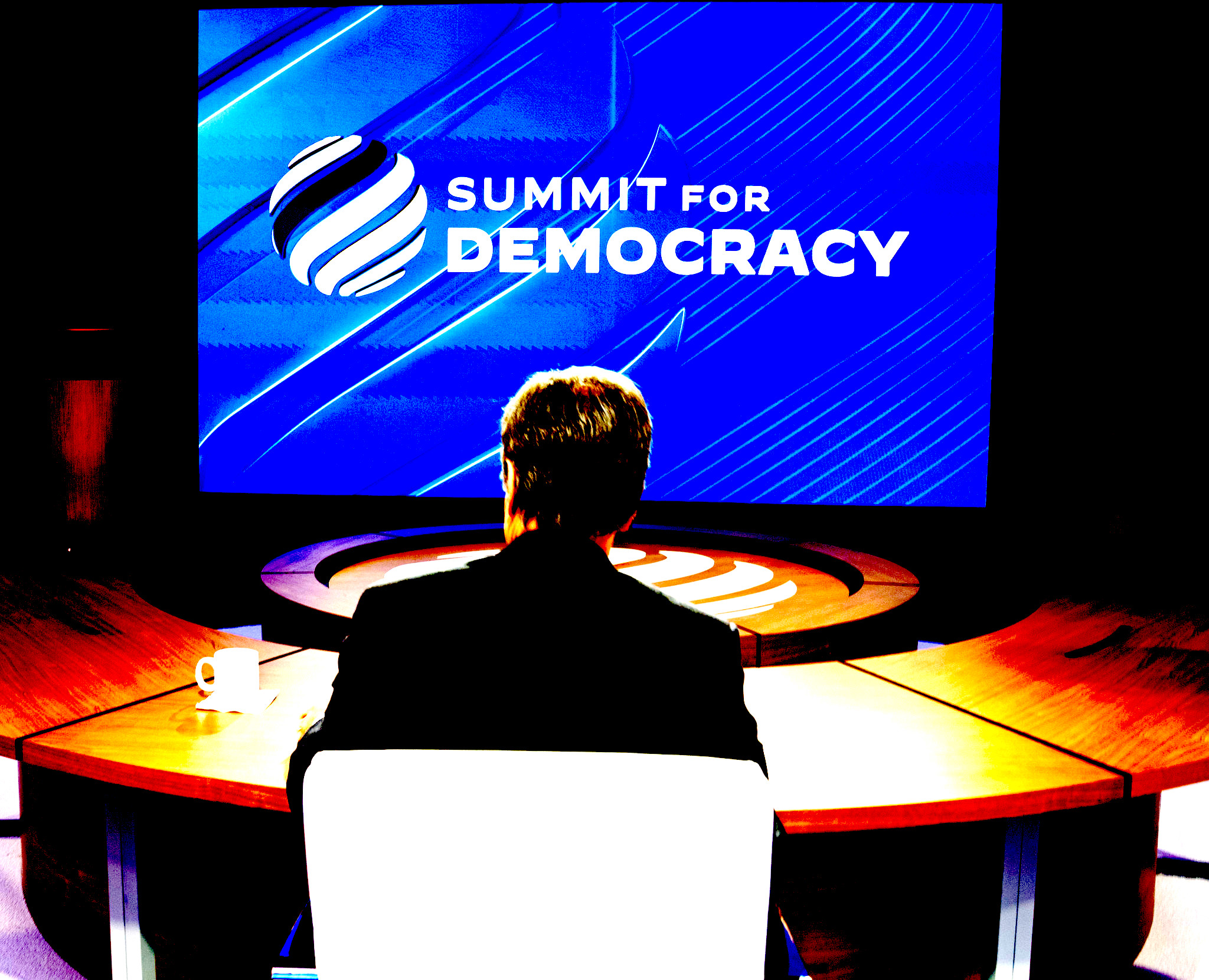 By Branko Milanovic
Social Europe and International Politics and Society

More than 100 nations’ presidents, prime ministers, and kings met virtually at the Summit for Democracy on Dec. 9 and 10. It was the first meeting in history on this scale where the application — or ostensible application — of the democratic principle in the governance of national affairs was used as a criterion to invite participants to an international meeting.

There are three ways to look at the summit.

A naïve view is to consider it as a meeting of like-minded states, interested in learning from each other about how to improve the application of democratic principles at home. (For that, however, there are already many other venues.)

More realistic is to see it as an attempt to create a loose association of states, which would promote abroad their model of governance, assuming it is the only one compatible with the aspirations of the Universal Declaration of Human Rights.

The most realistic however is to see it as a prelude to the creation of an unwieldy association of states, which would be used by the United States to spearhead its ideological crusade in the escalating geopolitical conflict with China and Russia.

This is why the summit was, from a global or cosmopolitan perspective (which it pretended to reflect), the wrong idea. It aimed to divide the world into two incompatible camps, between which there could be little intercourse and still less understanding. Taken to its logical conclusion, conflict is then inevitable.

The clash between China and the U.S. is driven by geopolitical considerations — the rising relative power of China and its attempt to reassert its historical prominence in east Asia. It has nothing to do with democracy.

The clash has acquired an ideological dimension through the insistence of each side that its system is more attuned to the world’s needs. China puts the emphasis on its system’s technocratic nature which, it claims, efficiently responds to what people want; the U.S. puts the emphasis on democratic participation by the citizenry.

The geopolitical and ideological clashes however enter into truly dangerous territory when they become transferred into the arena of values. For geopolitical conflict can be solved, as has been done many times in history, by one or other formula securing a balance of power. The same is true regarding the economic or ideological competition of the two systems — it may even be beneficial to the world as each side, in trying to outbid the other, pays more attention to global issues such as poverty alleviation, migration, climate change and the pandemic.

But if one side believes that the values it incarnates are in total opposition to the values held by the other, it is difficult to see how conflict can, in the long-run, be avoided. Compromise between different interests is possible — not different values. The creation of an association which enshrines or cements value incompatibility between American-type systems and Chinese-type systems contributes to elevating the original clash of interests to a plane where compromise is near-impossible.

The formalization of the conflict forces all countries, whether they like it or not, to choose sides. Such alignment projects the U.S.-China clash across the world and exacerbates it. 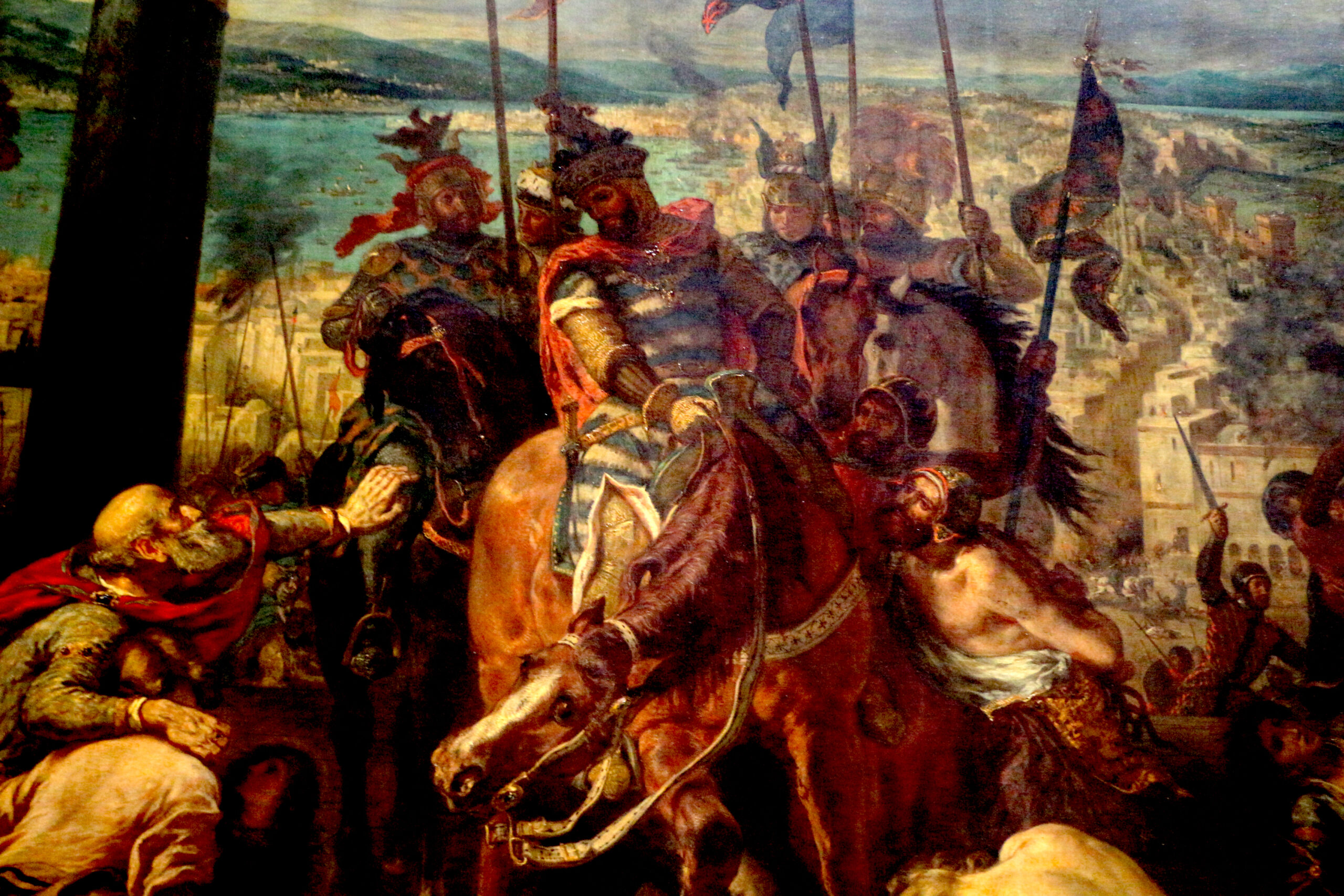 “Entry of the Crusaders in Constantinople” by Eugène Delacroix. (CC BY 3.0, Wikimedia Commons)

The lesson we should have learnt from the winding down of the first Cold War is that refusal to divide the world into two implacably opposed camps diminished the intensity of the conflict between the U.S. and the Soviet Union, and probably prevented a number of local wars. This was the contribution of the “non-aligned movement” of interposed states such as India, Egypt, Algeria and Ghana.

But this will be impossible now: there is to be no third way. According to the logic of the summit, you are either with us or against us.

The Manichean logic of a struggle between good and evil pervades much Western media and political discourse. Many may truly believe they are on the side of the angels, or may have convinced themselves to believe so, but they do not realize they are participating in a very self-serving reading of history and bringing the world closer to open conflict. What they are doing is the very opposite of what a peace-seeking, compromise-building, cosmopolitan approach would require — searching for common ground between systems and countries, and allowing them to evolve naturally towards a better state of affairs.

All great conflicts begin with great ideological justifications. The crusades started with the idea of wresting the control of Jesus’ tomb from the “the infidels.” They turned into plundering expeditions which destroyed all societies, Christian or Muslim, in their path.

European colonialism was justified in religious (evangelization of the “heathens”) or civilizational terms. These were smoke-screens for servile labor in Latin America, enslavement in Africa, and control of internal policies elsewhere (India, Egypt, China and most of Africa).

At the end of the first World War, a similarly megalomaniac project by the U.S. president, Woodrow Wilson, pretended to pursue the principle of “self-determination” he had enunciated. It degenerated into a rubber-stamping of colonial rule, under the label of “protectorates” and “mandates” and sordid territorial deals.

This new grandiose project, if it were to remain alive, would end the same way — recognized as a flimsy cover-up for much more mundane objectives. Though a further, physical, meeting is slated for about a year ahead, the first Summit for Democracy should really be the last.

Branko Milanovic is a visiting professor at the City University of New York. Prior to that, he was, among other things, senior economist of the research department at the World Bank. For his book Global Inequality. A New Approach for the Age of Globalization he won the Hans-Matthöfer-Prize awarded by the Friedrich-Ebert-Stiftung. Most recently he published Capitalism, Alone: The Future of the System That Rules the World.

This article is from International Politics and Society with and Social Europe.

18 comments for “First ‘Summit for Democracy’ Should be the Last”