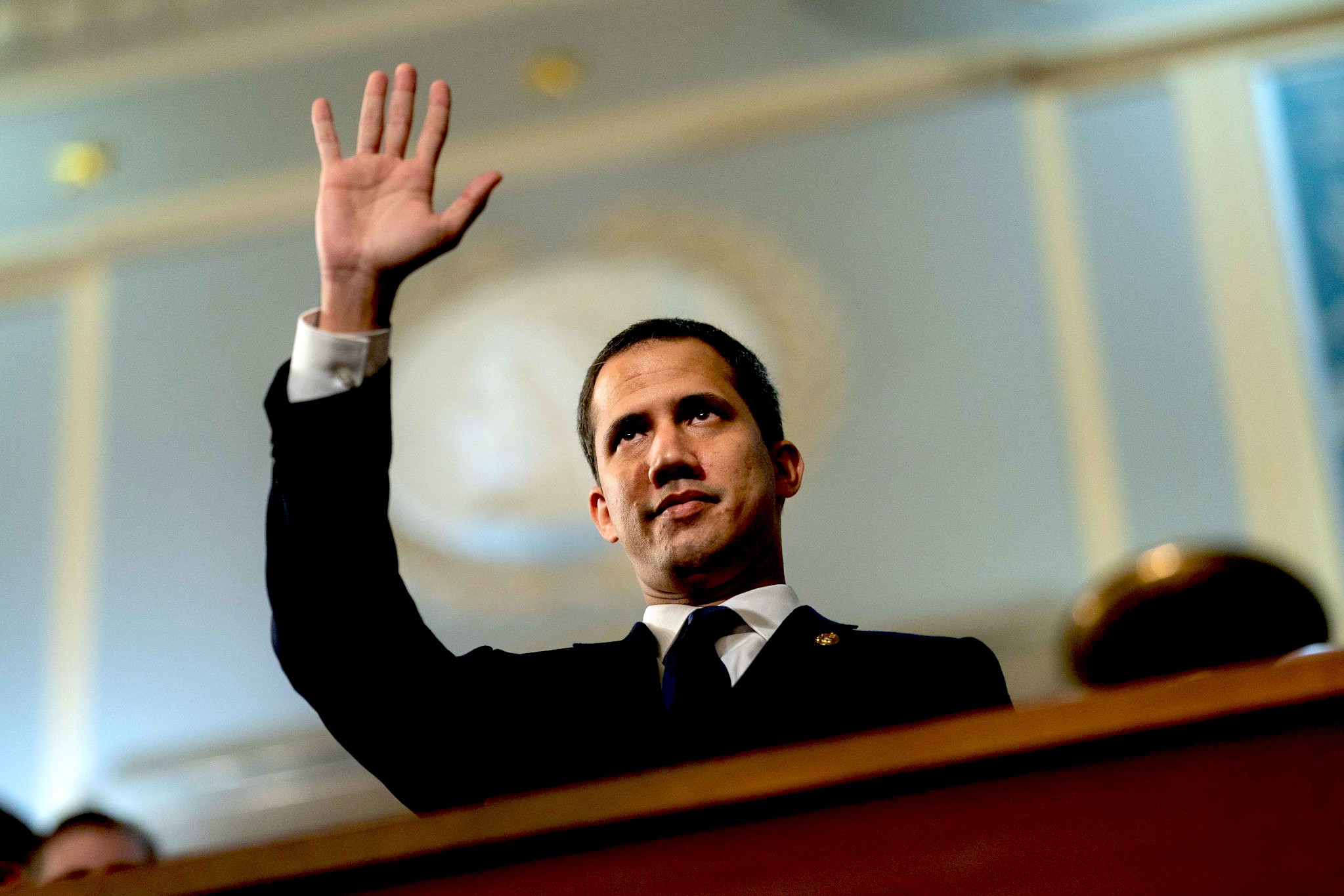 Feb. 4, 2020: Juan Guaido after President Donald Trump recognized him as the legitimate leader of Venezuela during the State of the Union address. (White House, D. Myles Cullen)

On Tuesday afternoon, David Adler, general coordinator of Progressive International, argued during an appearance on Al Jazeera that the Biden administration lacks the credibility to lead an international effort to protect democracy for a variety of reasons, including the United States’ past and present support for authoritarian leaders who further capitalist class interests.

Around the same time, Biden, whose 2020 electoral victory was challenged by a pro-Trump mob and some GOP lawmakers, invited Guaidó, a key player in the unsuccessful Trump-backed effort to overthrow Venezuelan President Nicolás Maduro in 2019, to the Summit for Democracy hosted virtually by the White House from Dec. 9-10.

“Surreal,” is how Adler responded after news broke that Biden had asked Guaidó — an unelected and unpopular opposition figure who participated in a failed coup attempt — to represent Venezuela at an ostensibly pro-democracy gathering, just weeks after Venezuelans reelected Maduro in a contest that U.S. legal observers called fair.

Notably, in the wake of the Jan. 6 Capitol incident, Maduro’s government issued a public statement that condemned then-U.S. President Donald Trump’s brazen attempt to hold onto power, expressed sympathy for victims of the assault, and criticized Washington for routinely supporting efforts to subvert democracy abroad.

U.S. lawmakers from both major parties, by contrast, gave Guaidó a standing ovation when Trump, during his 2020 State of the Union Address, erroneously described the self-anointed leader as the “true and legitimate president of Venezuela.”

The U.S. has an extensive history of imperialism, and in his Al Jazeera appearance Tuesday, Adler pointed to its ongoing abuses of power throughout the world, as well as the fact that its policies rarely reflect the will of the majority, to explain why Biden’s summit is “cynical, hypocritical, and completely counter-productive.”

I went on @AJEnglish to explain why @POTUS "Summit for Democracy" is a terrible idea — cynical, hypocritical, and completely counter-productive. pic.twitter.com/IYZPUg8ac2

Although U.S. Secretary of State Antony Blinken has promoted the Summit for Democracy, he plays a key role in facilitating corruption in countries across the globe, said Adler. “We are the central node, for example, in a network of illegal, kleptocratic finance that passes through our financial system en route to financing those autocratic regimes… rising around the world.”

In addition, Adler questioned why only 100 world leaders were invited to Biden’s table. “We’ve been here before,” Adler said, alluding to the fact that the world was divided into supposedly good and bad camps during the Cold War, with disastrous effects that persist today.

In a co-authored essay published by The Guardian in December 2020, Adler and Stephen Wertheim, deputy director of research and policy at the Quincy Institute for Responsible Statecraft and research scholar at the Saltzman Institute of War and Peace Studies at Columbia University, argued that because it is “animated by an antagonistic impulse, the Summit for Democracy is liable to make the world less safe.”

“It risks hardening antagonism with those outside the summit, reducing prospects for truly broad collaboration,” the pair wrote. “The coronavirus, this generation’s deadliest foe to date, pays no heed to whom the U.S. deems its ally or its adversary. The same is true of a changing climate.” 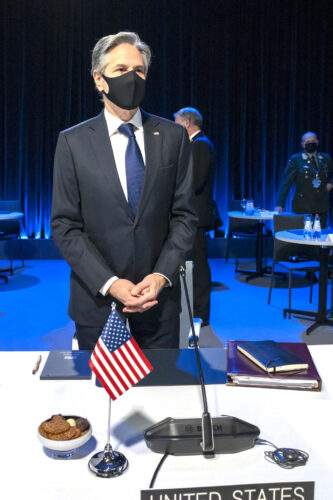 In addition, Adler said Tuesday, the U.S. has a “systematic inability to pick good allies abroad.”

Adler went on to repeat points that he and Guillaume Long, a senior policy analyst at the Center for Economic and Policy Research and former foreign minister of Ecuador, made last month in an essay introducing Progressive International’s new global observatory to defend democracy.

“The Biden administration continues to put the U.S. on the wrong side” of what Blinken has called a “democratic reckoning” in the Americas, the pair wrote in The Guardian.

For example, they noted, Blinken recently “lavished praise” on the right-wing presidents of Ecuador and Colombia, who have engaged in anti-democratic repression. Moreover, the U.S. remains a “leading member” of the Organization of American States, which has facilitated multiple anti-democratic interventions in Haiti and played a decisive role in the far-right coup in Bolivia in 2019.

On top of those foreign policy failures, Adler said Tuesday that Biden’s “betrayed campaign promises” at home exemplify the absence of substantive democracy in the U.S.

Many voters cast ballots for the president based on his pledge to halt the sale of fossil fuel leases on public lands and waters, Adler pointed out, and yet his administration has approved more drilling permits than its predecessors and last month held the largest offshore lease auction in history, just days after vowing at COP26 to address the climate crisis.

And in light of the current barrage of voter suppression laws being enacted and gerrymandered maps being drawn by state-level Republicans nationwide, an annual study published last week for the first time characterized the U.S. as a “backsliding” democracy.

While democracy is under threat in the United States, Biden has yet to make a strong public push for repealing or reforming the Senate’s 60-vote filibuster rule, a prerequisite to passing voting rights legislation.

In their essay, Adler and Wertheim argued that “rather than fixate on the symptoms of democratic discontent — the “populists, nationalists, and demagogues” whom Biden has pledged to confront—his administration should attack the disease.”

“He can start with political and economic reforms to make democratic government respond again to the popular will,” they wrote. “Second, the United States should make peace in the world, rather than wage its endless wars… Finally, the United States should reinvent a system of international cooperation undivided by the ‘democratic’ fault line that the summit seeks to impose.”