The fraudulent fable has died, but its consequences live on. 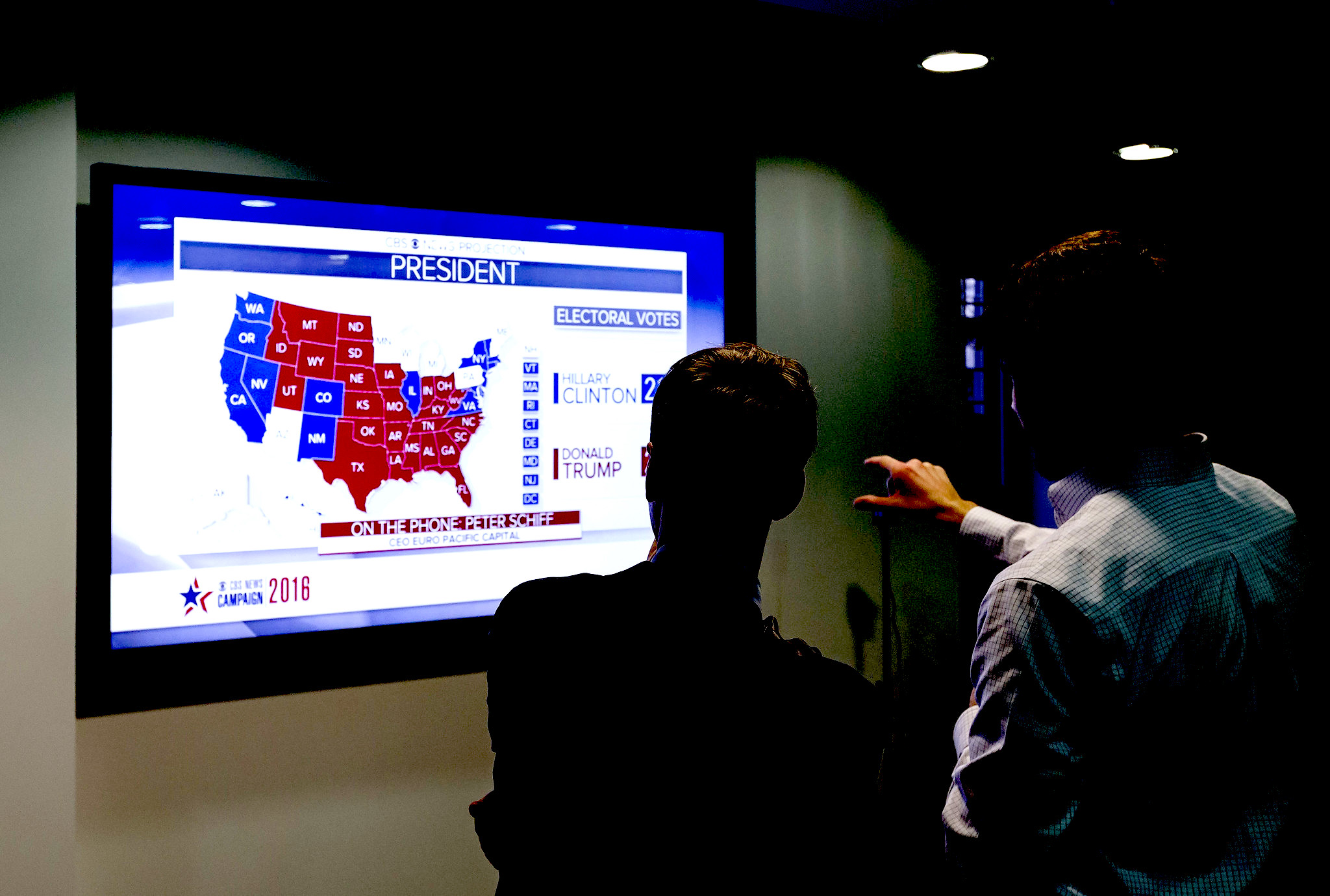 No, nothing sudden. It has been a slow, painful death of the sort this destructive beast richly deserved. But its demise is now definitive — in the courts and on paper. We await the better historians to see this properly into the record.

Three key operatives in the construction of the Russiagate edifice are indicted for lying to the Federal Bureau of Investigation about aspects of the Russiagate tale.  The Steele dossier, the document on which much of the case against former President Trump rested, is now exposed as a Nixonesque “dirty trick” authorized and paid for by Hillary Clinton’s 2016 campaign.

Some mainstream newspapers — certainly not all — are busy in their archives, editing out the worst of the falsehoods they reported in 2016 and 2017 as unassailable fact.

This is a wholesale collapse now.

There are, as one would expect, those who seem determined to hold out no matter what the factual evidence. These go well beyond MSNBC’s Rachel Maddow, whose record I will let speak for itself.

I am thinking of people such as David Corn, the Mother Jones correspondent in Washington, and David Frum, a staff writer at The Atlantic. Both invested big time into the Russiagate junk, and both published books filled with the ridiculous, evidence-free piffle of which it was made.

Corn, Frum and numerous others like them are now industriously throwing good money after bad to go by recent publications. Here is Corn’s latest, and here Frum’s. One finds the same tired combination of presumption, useless innuendo, and spoon-fed, evidence-deficient falsities derived from the intelligence agencies that were key to fomenting the Russiagate hoax. Yes, Messrs. Corn and Frum, it was a hoax.

To these diehards, people such as your columnist, given to rational, disinterested consideration of what is known and what is conjured from thin air, are “denialists.” Strange it is that those denying established facts and truths call those who accept these facts and truths by this name.

But this is a measure of the extent Russiagate has plunged us into Alice–in–Wonderland depths where what is up is down, what is dark is light, what is true is to be buried, what is false is to be held high — where blindness is preferred to sight.

This leads us to the essential question we now face, or one of them. What are the consequences of the Russiagate scam? If it rested on lies start-to-finish, this is not to say it did not exact its price. It did. The price is high, and we are fated to pay it for some time to come. 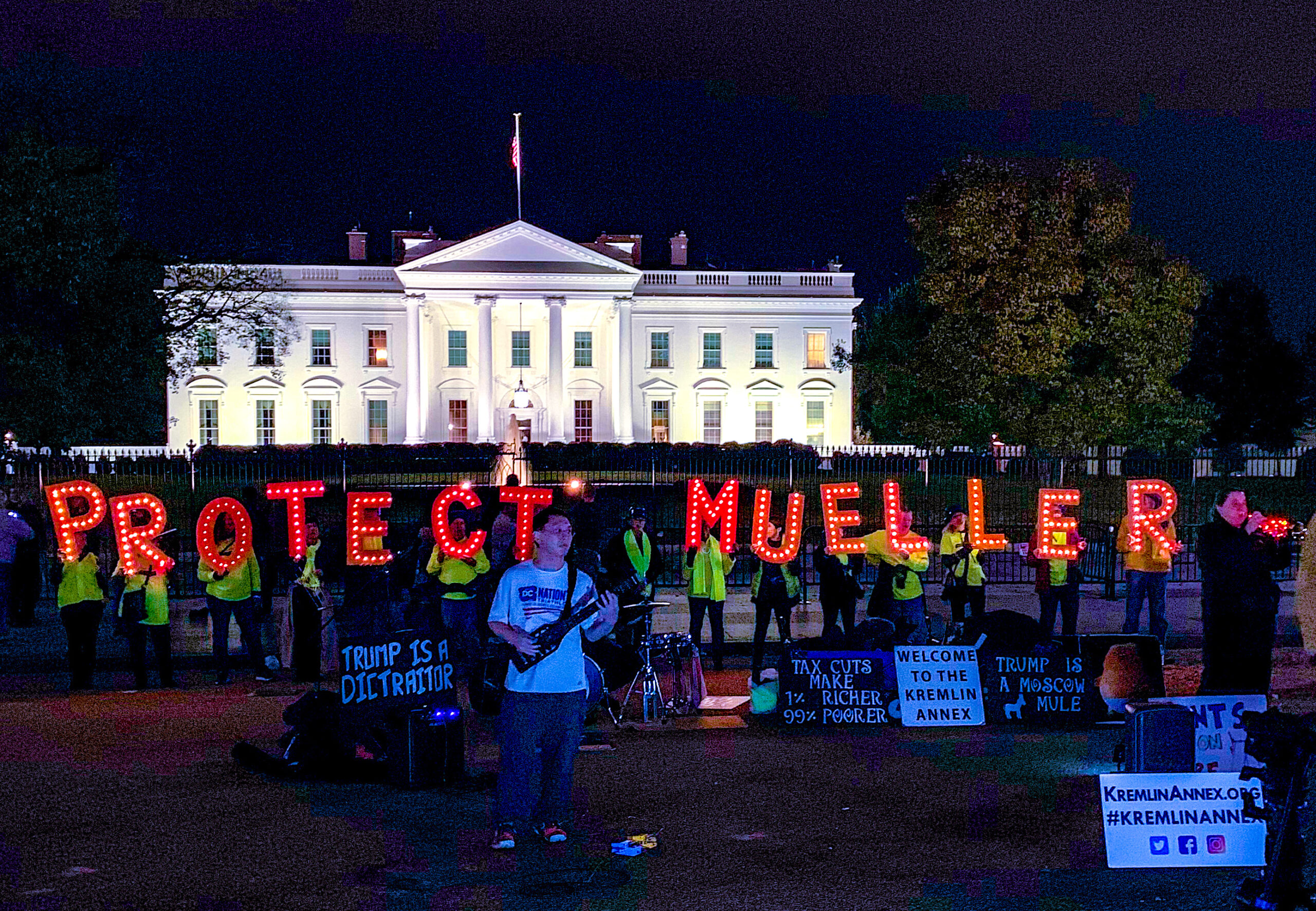 An inquiry of this kind must begin with the damage Russiagate has done to the prevalent American consciousness. The last five years have delivered Americans into a culture of unreason of the kind they have been prone to indulging periodically throughout their history. It is made in equal parts of a native insecurity and anxiety, of paranoia and of irrationality.

This is at once a pitiable and dangerous state. All is reduced to the Manichean distinctions characteristic of the old Westerns (not to mention most of the good guys vs. bad guys Dreck that comes out of Hollywood these days).

No subtlety of thought survives in the culture of unreason. Public space is populated with poseurs, cutouts, and imposters. Public discourse, with some exceptions, is much of the time not worth bothering with.

To understand this condition, we must recognize it as the work of a diabolic alliance comprised of the Democratic Party’s corrupt leadership, the F.B.I. and other law-enforcement agencies, the national security apparatus and its many appendages, and the media. It is no longer in the slightest objectionable to speak or write of a Deep State that controls this country.

The elite minority this alliance represents derives its power from its claim to speak for the majority — an absolutely classic case of the “soft despotism” Alexis de Tocqueville warned Americans of 190 years ago. Liberal authoritarianism is another name for what has consolidated itself in the years since Democrats, in mid–2016, first raised the phony specter of Russia “hacking” into its mail systems.

In effect, Russiagate has tipped the American polity upside down. It is the illiberal liberals among us, righteous as the old Puritan ministers of New England, who now prosecute a regime of censorship and suppression of dissent that is at least as severe and anti-democratic as what conservatives had going during the Cold War (and in my view worse).

It is they who seek to cow ordinary Americans into the new, weird idolatry of authority, no matter that those to whom the nation is urged to bow are proven liars, law-breakers and propagandists. 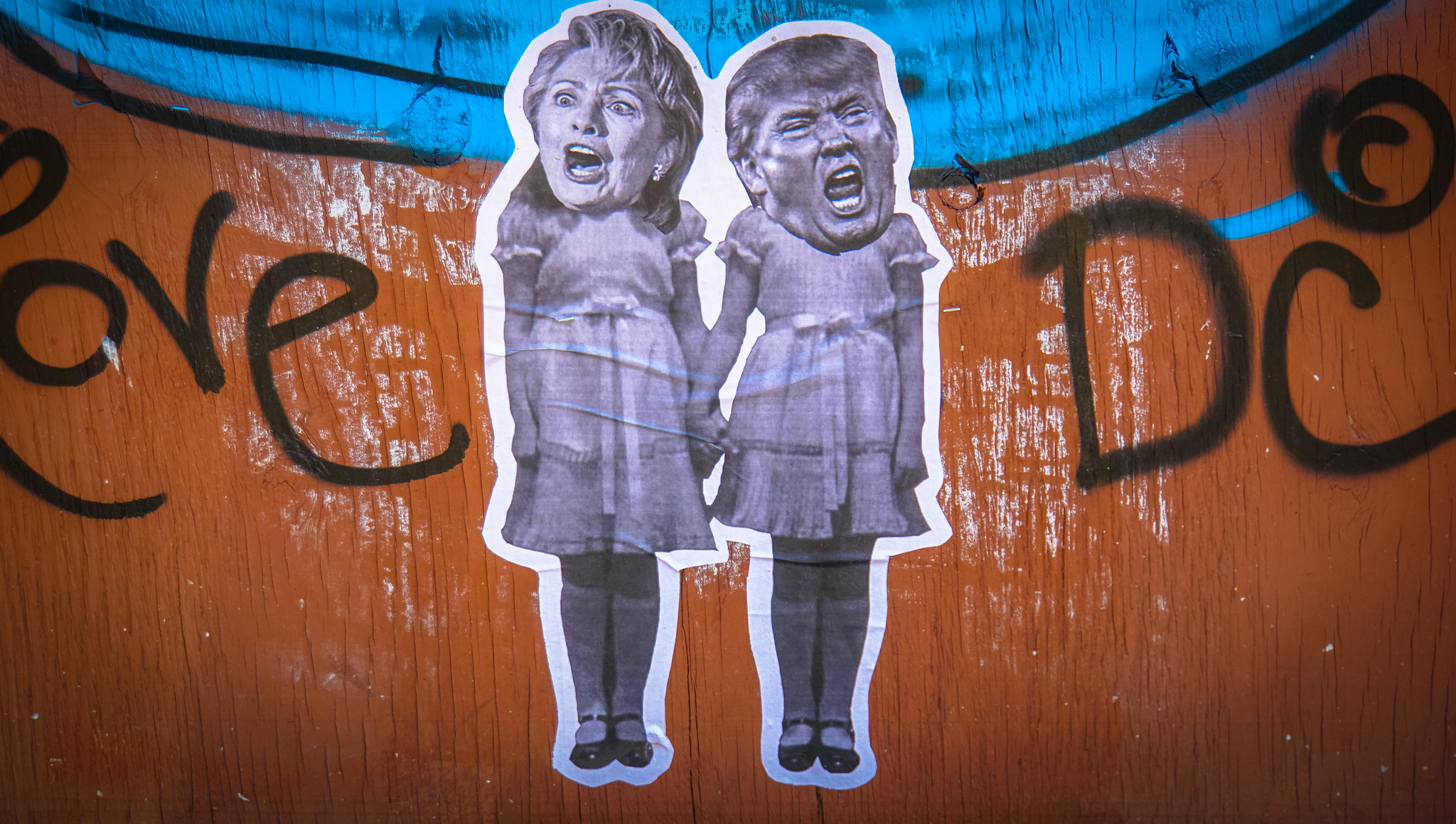 There is, of course, the more dangerous world Russiagate has done so much to create. In the culture of unreason, the Deep State has a discouraging record of success in gaining wide public support for any aggressive campaign against any nation or people it wishes to act against.

In this dimension, Russiagate has destroyed the Democrats as a party willing to stand against the imperial project in its late phase.

A war with China over the Taiwan question is now spoken of as a logical possibility. Washington is now raising the temperature on the Ukraine–Russia border, just as it did when it cultivated the 2014 coup in Kiev, and this is put across as a Democratic administration’s sound policy. Rampant Russophobia is a direct consequence of the Russiagate ruse, Sinophobia its uglier sibling — uglier for its racist subtext.

We have active subversion operations in Nicaragua, Venezuela, Cuba and Peru, all progressive states in the true meaning of this term, and Democrats of all stripes — including “progressives” with the necessary quotation marks — cheer on every one of them.

We cannot view this as distinct from the elevation of institutions dedicated to campaigns of covert subterfuge — chiefly but not only the C.I.A. — to wholly inappropriate positions of respect.

The damage Russiagate has done to the press … let me rephrase this.  The damage the press has inflicted upon itself in the cause of Russiagate is so extensive it is hard to calculate with any precision. We watch now as their credibility collapses in real time.

Those running the mainstream newspapers and networks seem to understand this, as they rush to protect what remains of their reputations with rearguard actions to obscure their grossly irresponsible conduct.

The long list of those who caved to the Russiagate orthodoxy includes some stunning names. Among publications that should have known better we find Mother Jones, The Nation, The Intercept, and Democracy Now! Was it conformity, pressure from donors or Democratic Party ventriloquists, or some combination of ideology, ignorance and inexperience that caused them to flip?

The Atlantic, The New Yorker, the major dailies, the networks — they have all sustained one or another degree of discredit, left either to craven rewrites in their archives, denial in the Corn–Frum mode, or silence. None will do: They will never regain lost ground without first acknowledging what they have done, and this appears out of the question. 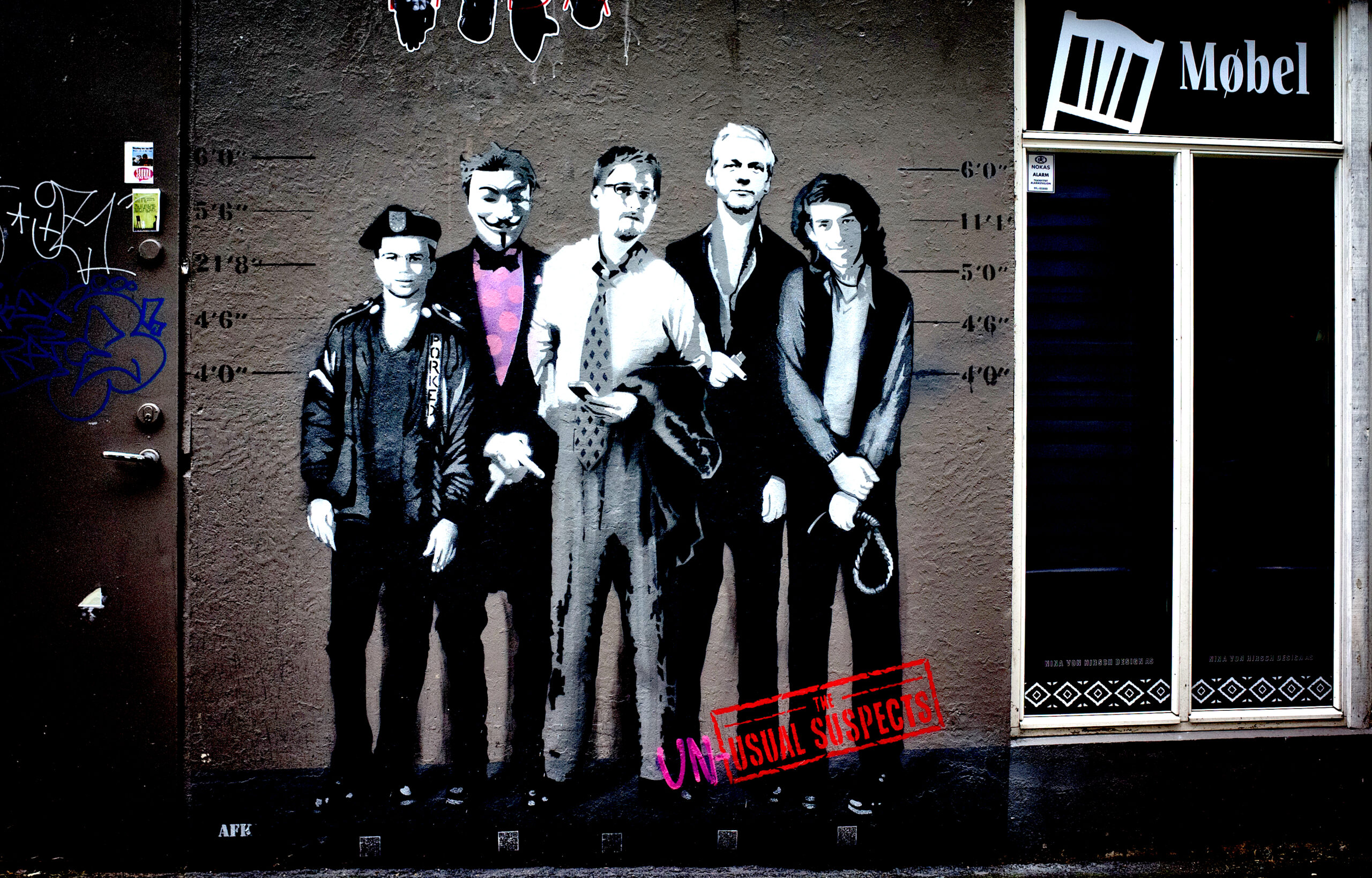 The feature of the corporate-owned press — and the “progressive,” press, as just suggested — that strikes me most now is its resort of omission.

Think about it: Lengthy hearings on Capitol Hill, in which leading Democratic Party Russiagaters admit under oath they never had any of the evidence they long claimed, go unreported. The collapse of the Steele dossier goes unreported in The New York Times and other major dailies.

It is wholesale dereliction of duty now, and it was Russiagate that licensed this betrayal.

Mainstream media are now approaching that point when they leave out more of the world we live in than they report. This is a losing proposition in the medium term — a desperate, last-ditch strategy to defend a “narrative” that simply no longer holds. I put the acceleration of this trend down to the poisoned information environment Russiagate did so much to engender.

There is a positive dimension to the media’s fate since Russiagate, and regular readers of this column may already guess where I am headed. The disaster Russiagate has proven for the corporate-owned press, the networks, and the “left” — with-quotation-marks — press has landed independent media such as Consortium News with large, new responsibilities, and they have by-and-large risen to the occasion. Their role in keeping the truth of the Russiagate fraud on the table cannot be overstated.

We witness, in effect, an historically significant transformation in how Americans get their news and analysis. This, a gradual process, is an excellent thing. In time, independent media stand to play as important a role in repairing the across-the-board damage of Russiagate as legacy media played in hatching and deepening it.