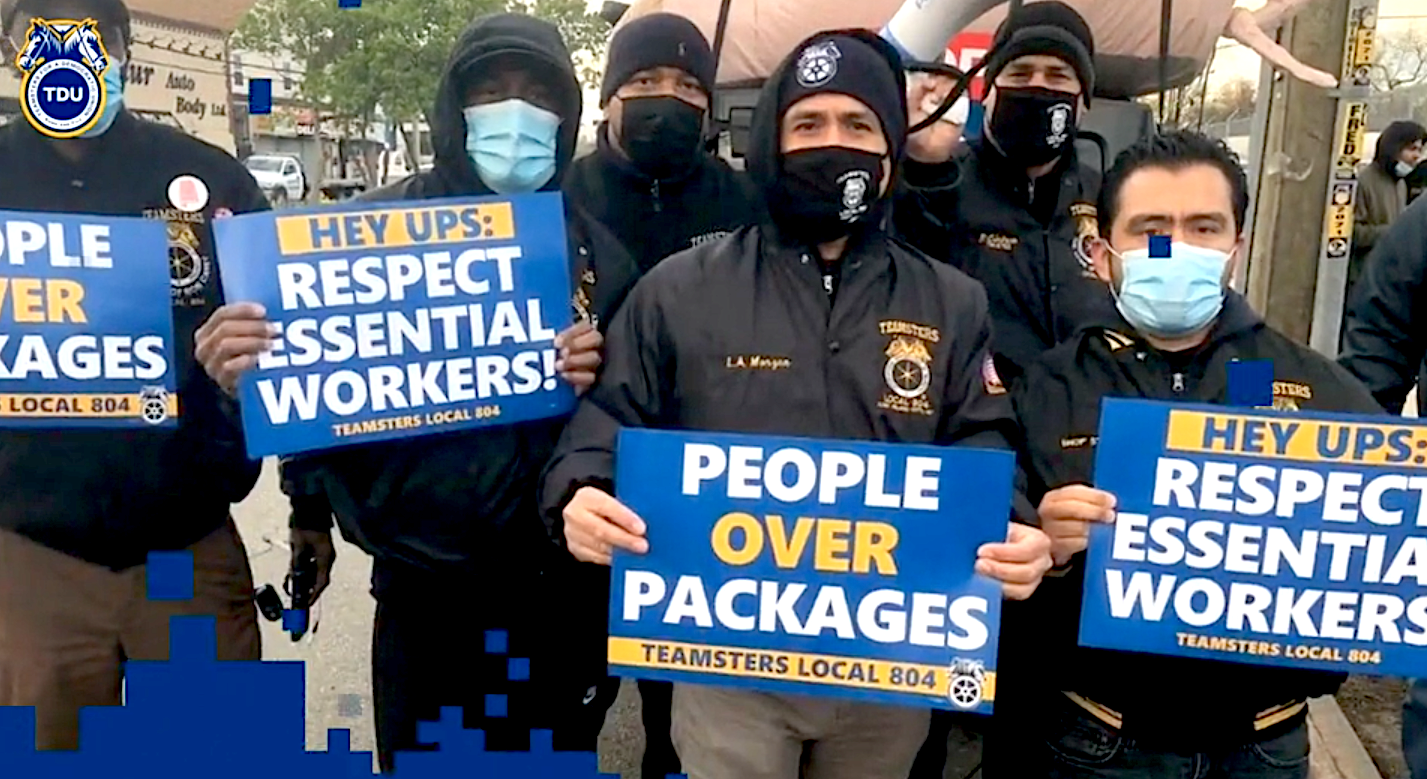 Teamsters Local 804 rally in April in New York outside a UPS customer center support 10 of its members, part-time workers who had just been fired. (Teamsterts for a Democratic Union)

A new administration will soon take the helm of the 1.3 million-member Teamsters union. Teamsters United has declared victory.

It’s the first time in almost a quarter-century that a coalition backed by Teamsters for a Democratic Union has taken the driver’s seat in the international union.

The incoming president is Sean O’Brien, leader of New England Joint Council 10. He says his top priorities are to unite the rank and file to take on employers, organize Amazon and other competitors in the union’s core industries, and withdraw support from politicians who don’t deliver on union demands. 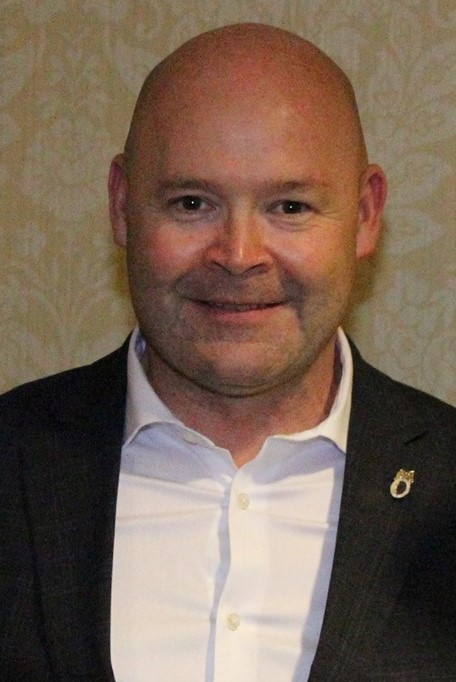 Essential to organizing at Amazon or anyplace else, O’Brien argues, is winning enviable contracts for the existing Teamsters. “Our biggest selling point to potential members is showing in black and white what a union contract can do,” he said. “We’ve got to have a grassroots campaign to engage our members working in similar industries and showcase what Teamsters can do — and that means negotiating strong contracts that people want to be part of.”

In UPS negotiations in 2023, he says, the union must abolish the second tier of drivers, raise the starting pay of part-timers from $14 an hour to $20 and crack down on subcontracting and Uber-like deliveries by “personal vehicle drivers.” He and his running mates have pledged to strike UPS if necessary.

Five years ago, O’Brien won an Eastern region vice president spot on the incumbent slate of longtime President James P. Hoffa, who is retiring this year. But in 2017, Hoffa fired him as package division director after O’Brien insisted the UPS bargaining team should include opposition leader Fred Zuckerman, president of Local 89 in Louisville, who had led the 2016 Teamsters United ticket that nearly toppled Hoffa. Now Zuckerman will take the number two seat as secretary-treasurer.

The challengers rode a wave of fury over concessions and weak contracts, especially at UPS, the union’s biggest bargaining unit, where TDU and other Teamsters United supporters had campaigned for a no vote on a contract that would create a lower-paid second tier of drivers. After a majority voted no, Hoffa forced the deal through anyway. TDU’s demand to repeal the “two-thirds rule” that let him do it became a campaign issue; reformers got it done at this year’s convention.

Meanwhile UPSers have lived out the consequences of the bad deal: two-tier wages and another five years of rampant forced overtime and harassment from supervisors. “It doesn’t matter where we went when we were campaigning—that’s what everybody was furious about,” said Eugene Braswell, a New York City Local 804 UPS driver and TDU steering committee member who has been to Baltimore, New Jersey, and Philadelphia campaigning for Teamsters United. 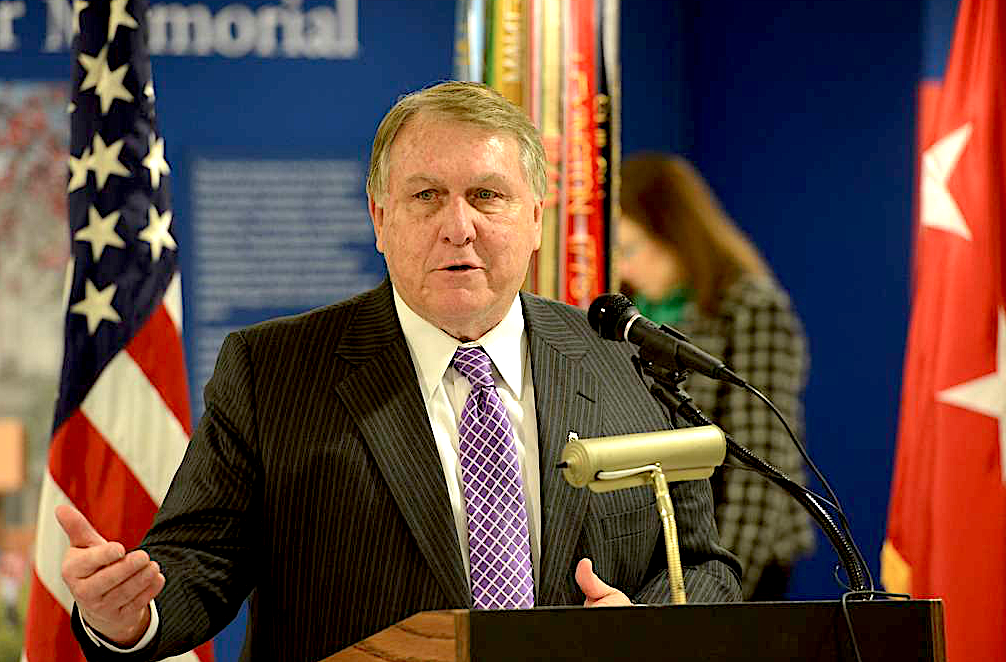 As hotly contested as this election was, overall turnout was just 15 percent. “The reason we have such a low turnout is the leadership is disconnected from the membership,” said Teamsters United candidate John Palmer. But organizing moved the needle; campaigners in Chicago’s 15,000-member Local 705 achieved 31 percent turnout, with 95 percent of the votes going to Teamsters United.

It took years of organizing to get here. But the bigger task is what comes next—not just pointing to the problems confronting the union, but tackling them.

“We have to right the ship,” said John Palmer, a current Southern region vice president who will become an at-large vice president. (In 2016 Teamsters United won in two regions, giving the coalition six seats on the union’s executive board.) “It takes many, many miles to turn a battleship around in the middle of the ocean, and that’s what we have to do here.”

From contract campaigns to taking back our local unions, TDU members Teamster activists have been organizing from the bottom to win at the top. We're proud of the new day we've helped. The best and most important organizing is ahead of us and we can't wait to get started. pic.twitter.com/EYEH15AI26

“If you want change, you have to change,” said Local 572 steward Frank Halstead, a Los Angeles grocery warehouse worker and TDU steering committee member. “The structure determines effectiveness. They’re going to have to reallocate money.”

For instance, rather than continue padding officers’ salaries with multiple titles, he wants the union to hire energetic full-time division representatives who can help locals in the same industry build a strategy to coordinate their bargaining, raise standards, and fight threats like automation.

“Under the current administration there are no full-time warehouse division reps,” Halstead said. “You have officials from certain locals who hold that title, but they can’t do two jobs; you can’t be a business agent at a local and a division rep. That’s the kind of stuff that has to stop.”

The organizing department needs restructuring too, said Palmer, who worked there for years. “We waste a tremendous amount of money flying organizers around the country,” he said.

“That time and resources could allow us to train people out of locals to do this. We need to have that skill on the ground everywhere; we don’t need a lot of specialists airdropped from D.C. who disappear the minute a campaign is over.” 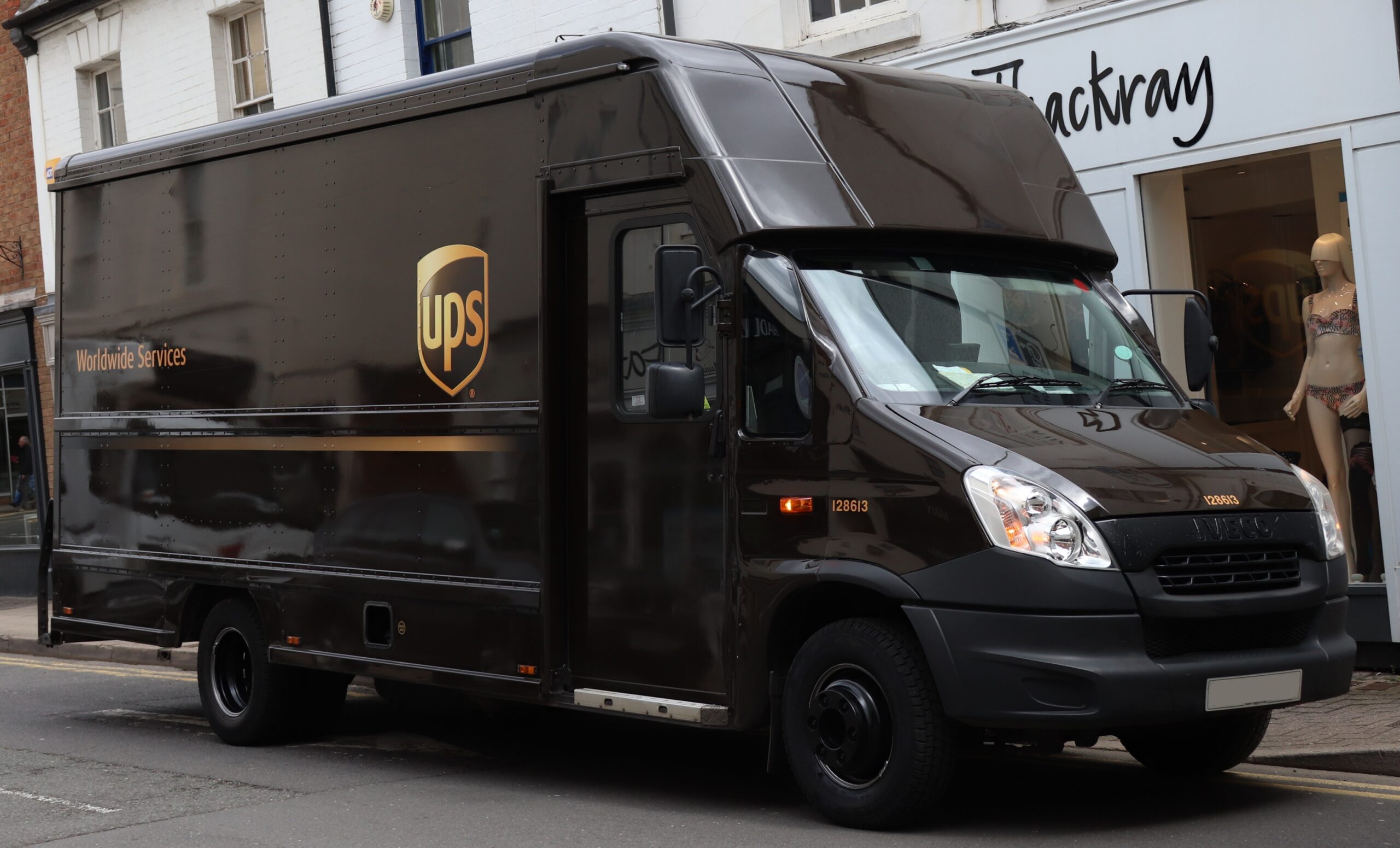 August 2023, when the UPS contract expires, isn’t as far away as it might sound. “A contract campaign basically needs to start on day one,” said Chicago Campaign Coordinator Dave Bernt, another TDU steering committee member. “We need to have a national coordinated contract campaign to get members engaged, to use their engagement as leverage in negotiations.”

Making the strike threat more than a bluff starts with “basic communication,” Bernt said. He means headquarters should use methods like texting and social media to inform the 320,000 UPS Teamsters of the timeline and what’s at stake. But he also means member-to-member:

“Just as we campaigned for office, we need to have members go out to their gates and engage their membership, talk about the issues and talk about how to prepare for negotiations. Start socking away money; don’t make any major purchases.”

Braswell agrees: It’s time to encourage members to put away $20 or $50 each pay period, and to make the word “strike” more familiar, less scary. (The union also has a strike fund of more than $300 million that hasn’t been used in decades, O’Brien says—and he plans to put it to use.)

“UPS, they’ve had a free ride for the past 23 years,” Braswell said. “They didn’t have to take us seriously when we came to the negotiations table. That’s going to change.” 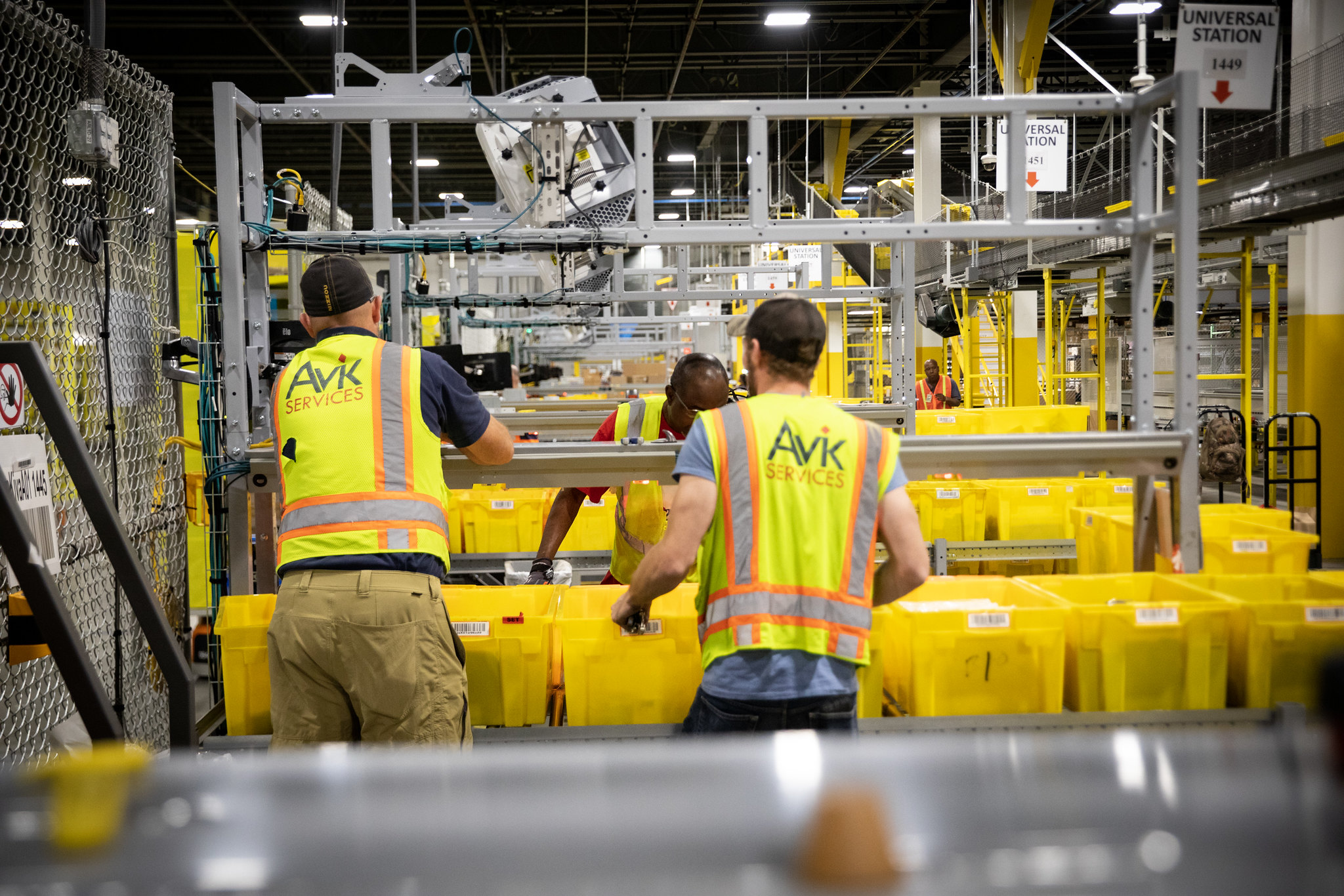 Organizing Amazon will be a “massive long-term task,” Palmer said. “It’s going to require the help of religious groups, community groups, environmental groups, and other unions. We have to have a really deep, well-thought-out strategy.”

But other targets are in closer reach: industries and companies where the Teamsters already represents part of the workforce, and could gain leverage by organizing more.

“In the waste industry we have New York, Chicago, L.A. with relatively high density,” Bernt said, “but we have whole areas particularly in the South where we represent hardly any waste workers, [even though these are] companies we already have contracts with.”

Grocery warehouses are another example. The Teamsters represent some Costcos and some Krogers. “Why not all?” Halstead said. “With those numbers comes increased strength, increased resources. Then you can start to think about going after the Amazons and these giants.”

What happens to an opposition group like TDU when it’s in coalition with the leadership?

“It’s a lot less complicated than people think,” Bernt said. “Our strategy, I think, will continue to be the same. Our goals are to build union power through engaging the rank and file in fights against the bosses. That’s been our goal when we were in the opposition, and that’ll continue to be our goal as we’re part of a coalition that’s running the union.”

TDU leaders argue the union needs more leaders coming up from below. It’s TDU’s mission to encourage and train them.

O’Brien said the campaign had proven the value of the coalition behind it. “I love the relationship, and I’ve committed we are going to work hand in hand moving forward,” he said. “TDU, Teamsters United, and all Teamsters are going to play a significant role in policy-making in the International. I always told people—I grew up Irish Catholic, and there were always disagreements around that dinner table. But reasonable people will find reasonable solutions for reasonable problems.”

“I’m just excited,” Braswell said before the vote count began. “I’m at the end of my career here. When I first came in, they taught us, ‘When you leave here, you need to leave it in better shape than what you found it.’ It was always my fear because of Hoffa I was going to leave my union and it was going to be a total mess. But I see a light at the end of the tunnel.

“In my small way I contributed to it. I did my part. I left my union in a better place.”

Alexandra Bradbury is the editor of Labor Notes.