The first step, writes Monique Morrissey, is to jettison a regulatory framework that protects private-sector rivals at the expense of consumers. 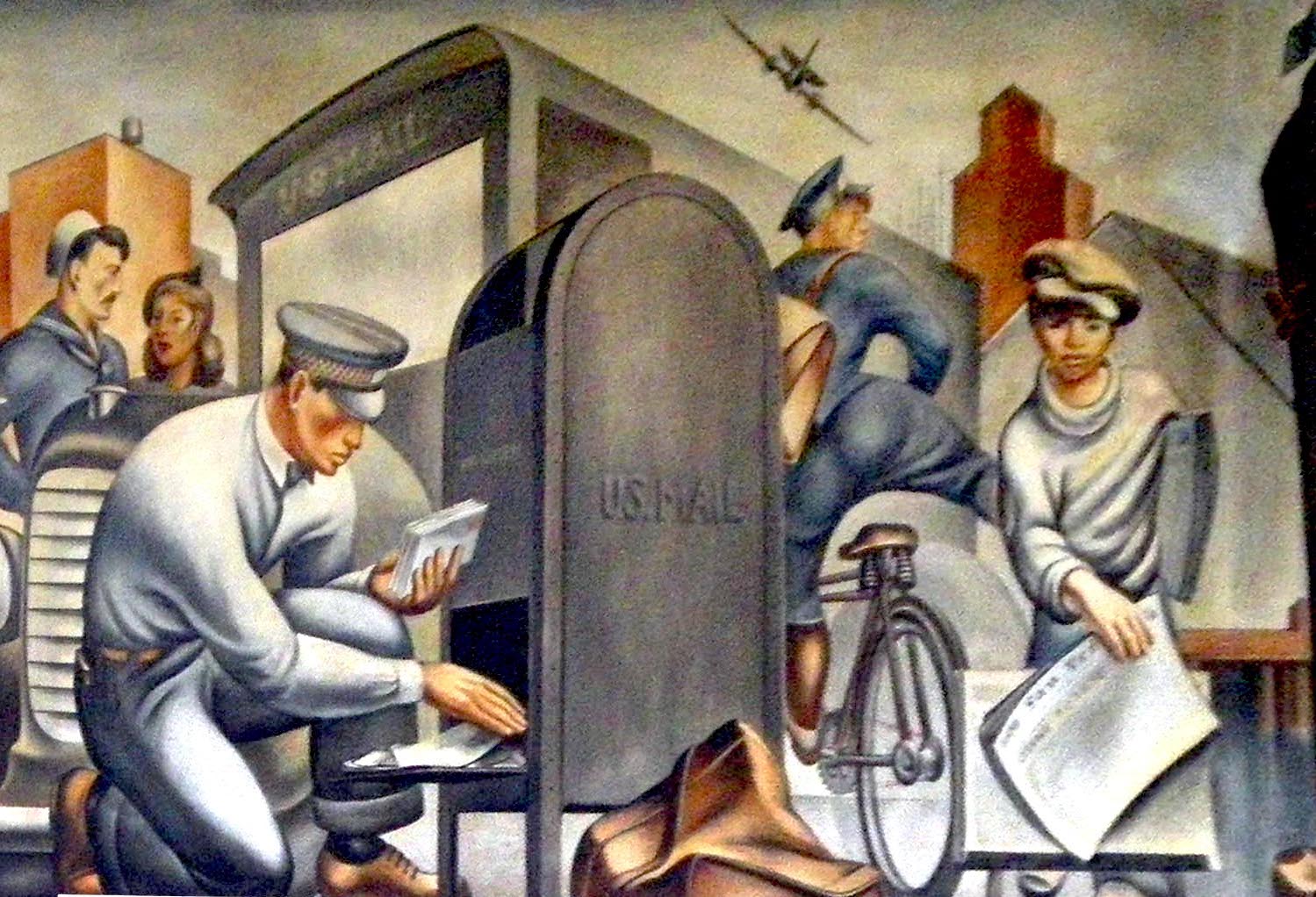 USPS has a public service mandate to provide a similar level of service to communities across the country regardless of local economic conditions. In addition to daily mail delivery to far-flung locations, the Postal Service maintains post offices even in low-income urban neighborhoods and small towns that lack other basic services. The Postal Service is able to fulfill its mission while keeping postage rates low due to economies of scale.

Once the fixed costs of post offices and delivery are covered, the additional cost of new services is often minimal. If it weren’t prevented from doing so, the Postal Service could take advantage of underused capacity and build on Americans’ trust in the Postal Service to offer new services to the public while bringing needed revenue to the agency. But first we need to jettison a regulatory framework that protects private-sector rivals at the expense of consumers.

The most talked-about expansion idea is a revival of postal banking, though advocates have proposed everything from in-home delivery of perishable groceries to senior wellness checks. Until postal banking was discontinued in 1967, the Post Office earned a modest fee for administering basic savings accounts, partnering with private banks that paid interest to account holders in exchange for loanable funds. As proposed by Sen. Sherrod Brown (D-Ohio), an updated postal banking system could be paired with broader government efforts to modernize the monetary system.

While a growing number of Americans have stopped using cash in favor of debit or credit cards and online bill paying, many others face barriers to accessing a modern payments system. These barriers include bank branch “deserts,” minimum balance requirements and privacy concerns. 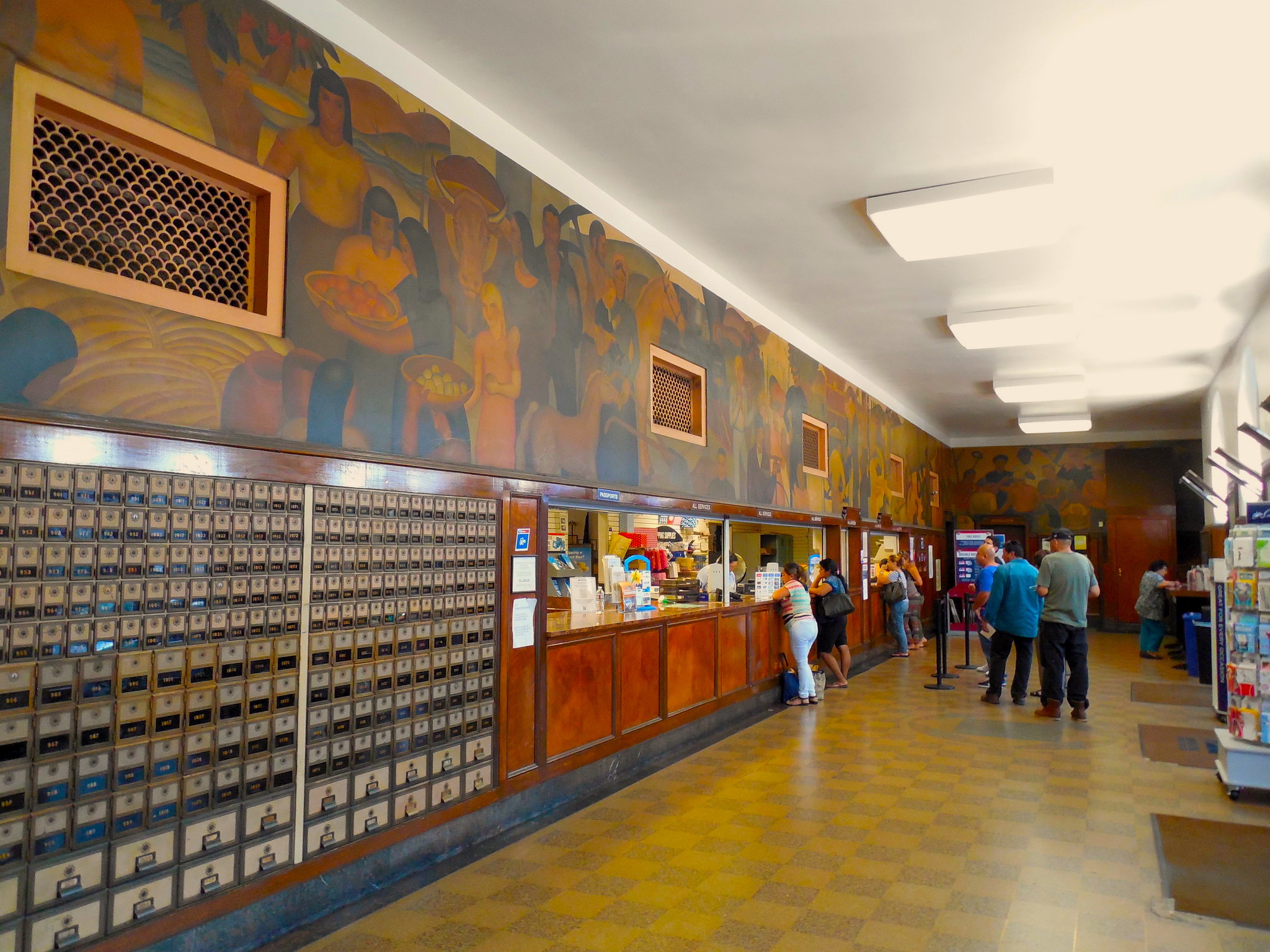 As a result, low-income Americans in particular — disproportionately people of color — often end up paying high fees simply to access and safeguard their own funds and conduct simple financial transactions, with many remaining entirely “unbanked.” The average person using paycheck lenders and other alternative financial services pays an estimated $3,000 in fees and interest annually, but even households with bank accounts often face high fees for basic services.

Maintaining a secure monetary system that serves as a store of value, a system of accounts, and a means of exchange is a quintessential government service, as basic as providing for defense against military attack. But the government has fallen down on the job while the private sector has encroached — most visibly with cryptocurrencies but also by charging high fees for ATM, check cashing, and similar services. These service fees —and “gotcha” charges like overdraft fees — are an increasing share of bank revenues and contribute to underserved communities’ distrust of banks.

Many fees and penalties could be avoided with fast and secure electronic payments and the ability to verify the availability of funds. Big banks already have a private system in place for real-time transactions among themselves, but community banks and households are waiting for the Federal Reserve to set up a public system, a process that has been maddeningly slow. Once this system is in place, the next step is creating secure accounts for anyone who wants them, such as the no-fee accounts accessible via the Postal Service and community banks that Sen. Brown proposes. 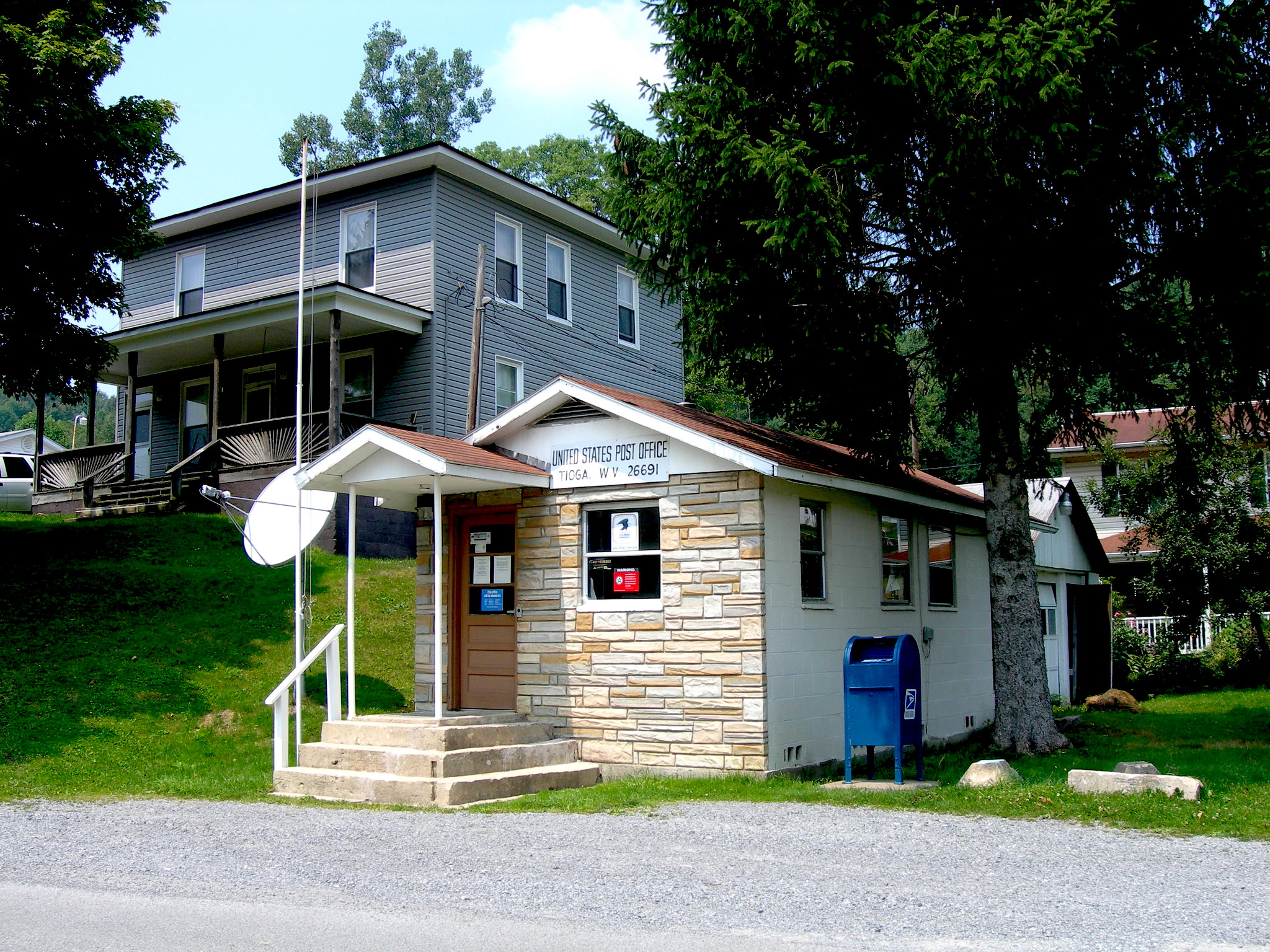 As with other neglected infrastructure, delayed investment in a digital payments system is costly, as shown by recent challenges in getting Covid relief payments to many households. Aside from contributing to households’ financial stress, such delays can affect the timing and efficacy of stimulus efforts. Other government transfers — such as the child tax credit — are also better handled through periodic electronic payments than paper checks or annual tax filings.

A postal banking bill co-sponsored by Sens. Kirsten Gillibrand (D-New York) and Bernie Sanders (I-Vermont) is more narrowly focused on the Postal Service than Sen. Brown’s bill and includes small loans to compete with high-cost lenders. This would require congressional action because a 2006 law limits the Postal Service to financial and other services similar to those it already offers. To bypass this restriction and address any concerns about the Postal Service’s loan underwriting ability, some advocates of postal banking, including early proponent Sen. Elizabeth Warren (D-Massachusetts) and former USPS Inspector General David Williams, have suggested that the Postal Service partner with credit unions and community banks who could offer competitively priced loans and other banking services in more communities if they didn’t bear the cost of opening new branches.

As Warren put it, “This is just an opportunity for the Post Office to use its space and to use its employees more efficiently to bring needed services to more Americans.” 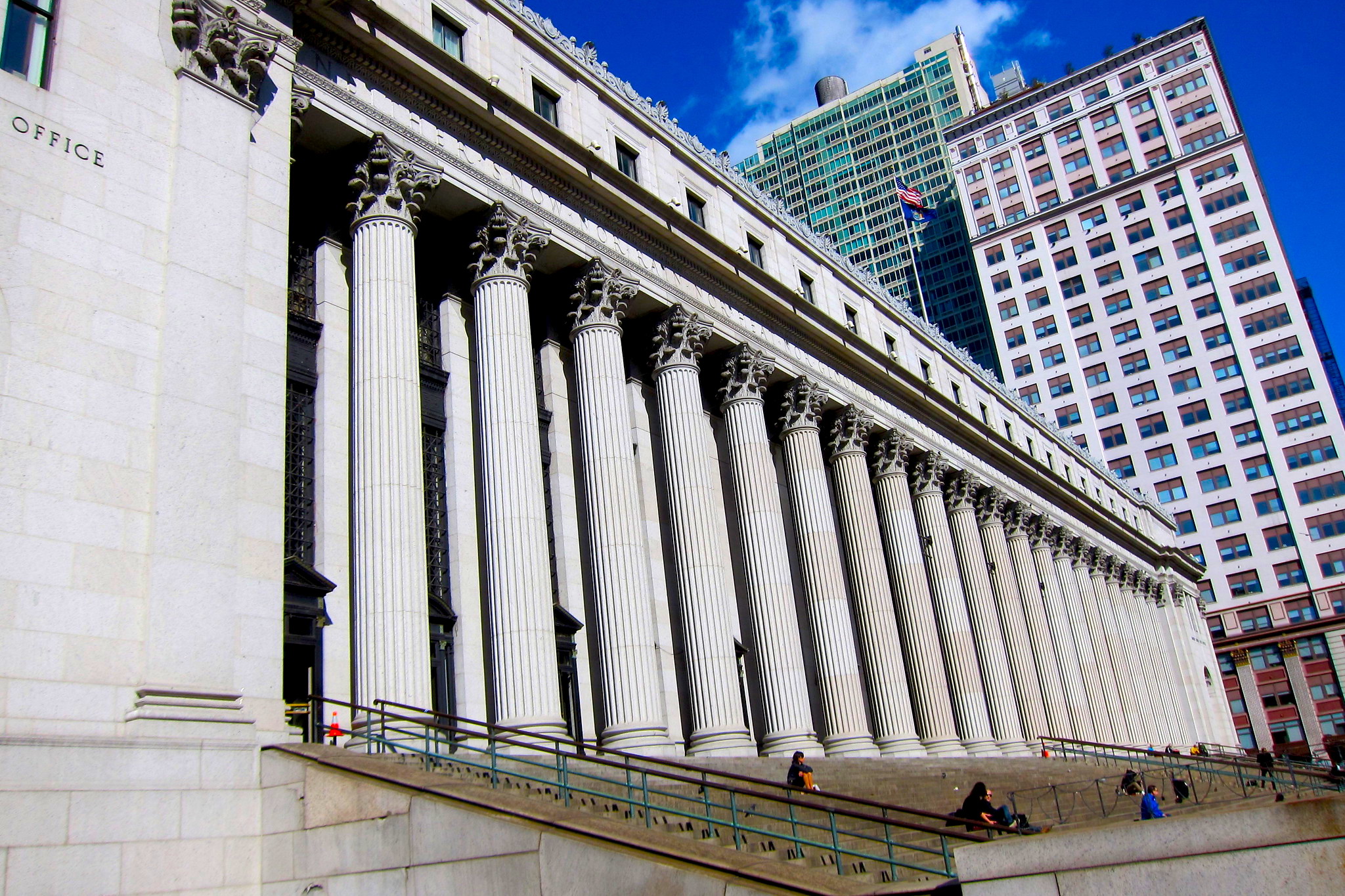 The Postal Service recently took baby steps in the direction of postal banking, converting payroll and other business checks to one-time-use debit cards at four locations in a pilot program launched in September. While not a substitute for a bank account, low-cost check cashing can help undocumented immigrants, people without fixed addresses, and others wary of or prevented from opening bank accounts avoid high-fee outlets. Because the Postal Service already offers limited government check cashing and sells generic gift cards, the pilot project is an extension of existing services and doesn’t require congressional approval to expand to other branches.

In its current form, however, postal banking seems likely to flop. This is not only because there are too few locations and services offered to capture the public’s attention, but because the terms aren’t even competitive with Walmart’s, which has a higher check limit and lower fee.

The union representing postal clerks is working to fix this, but there are legal, regulatory, and institutional barriers to expanding financial services beyond check cashing, bill payment, wire transfers, and ATMs. Even if Congress undoes the provisions of the 2006 act that limit the menu of services offered by the Postal Service, the Postal Regulatory Commission needs to sign off on services and pricing, and it tends to interpret its mandate as shielding USPS competitors from what it deems unfair competition rather than focusing on what’s best for consumers.

Meanwhile, scandal-plagued Postmaster General Louis DeJoy remains at the helm, intent on shrinking the Postal Service by outsourcing work and cutting services, to the benefit of his former employer and other special interests.

President Joe Biden, who supports postal banking, has an opportunity to nominate members to the Postal Service Board of Governors before December who could form a majority to fire DeJoy. But he hasn’t announced his picks for the positions, and incumbent Ron Bloom, an unabashed supporter of DeJoy and his controversial service slowdowns, could well be reappointed.

Postal banking is closer to becoming a reality than it has been in half a century. Notwithstanding DeJoy’s gross mismanagement, the Postal Service remains one of the most popular and trusted institutions in America, praised equally by Republicans and Democrats. We should build on this trust — and on the Post Office’s underused capacity— to provide more services Americans need and want. It’s worth the time of Congress and the administration to think hard about how to remove obstacles to this effort.

Monique Morrissey is a staff economist at the Economic Policy Institute, where she focuses on retirement security, executive compensation, the Federal Reserve and financial markets.

4 comments for “Time to Revive US Postal Banking”