If a grand bargain can be reached between Riyadh and Tehran, it could de-escalate several wars in the region, writes Vijay Prashad. 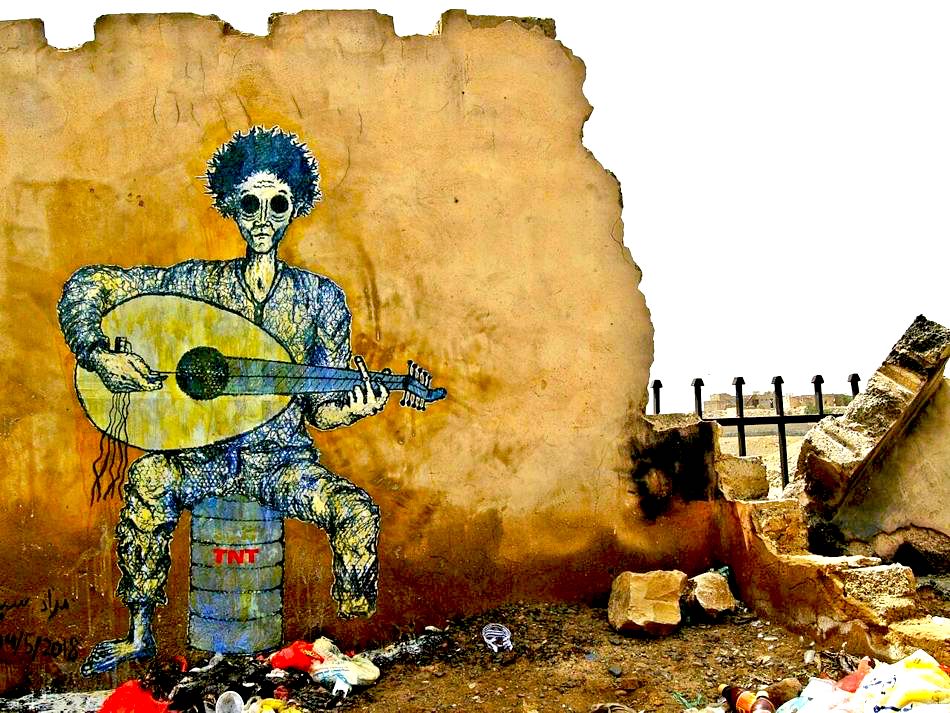 In March 2015, Saudi Arabia and the United Arab Emirates — along with other members of the Gulf Cooperation Council (GCC) — began to bomb Yemen.

These countries entered a conflict that had been ongoing for at least a year as a civil war escalated between the government of President Abdrabbuh Mansur Hadi, the Ansar Allah movement of the Zaidi Shia and Al-Qaeda.

The GCC — led by the Saudi monarchy — wanted to prevent any Shia political project, whether aligned with Iran or not, from taking power along Saudi Arabia’s border. The attack on Yemen can be described, therefore, as an attack by the Sunni monarchs against the possibility of what they feared would be a Shia political project coming to power on the Arabian Peninsula.

That war has continued, with the Saudis and the Emiratis backed fully by the Western countries, which have sold them billions of dollars of weapons to use against the impoverished Yemeni people.

Saudi Arabia, the richest Arab country, has now been at war for the past six and a half years without much gain against Yemen, the poorest Arab country. Meanwhile, Yemen, which has a population of 30 million, has lost over 250,000 people to this conflict, half of them to the violence of war and half of them to the violence of starvation and disease, including cholera.

None of the military or political aims of the Saudis and the Emiratis has been attained during the course of the war (the UAE withdrew in 2020). The only outcome of this war has been devastation for the Yemeni people. 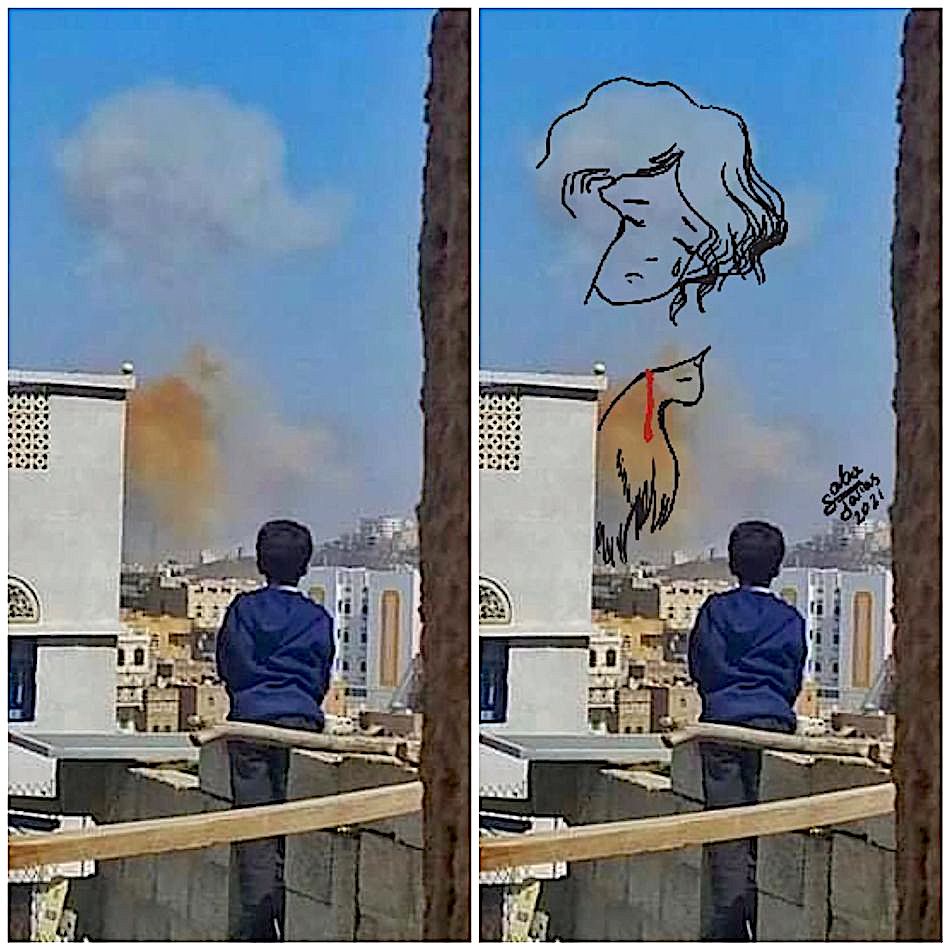 Since February, the military forces of Ansar Allah have made a push to capture the central town of Marib, which is not only at the epicenter of Yemen’s modest oil refining project but is also one of the few parts of the country still controlled by President Hadi. Other provinces, such as those in the south, are in the hands of al-Qaeda, while breakaway factions of the army control the western coastline.

The attack on Marib has opened the jaws of death even wider, creating in its wake a flood of refugees. If Marib falls to Ansar Allah, which is likely, the United Nations’ mission to maintain Hadi as the country’s president will fail.

Ansar Allah will then move to reintegrate the country by making a push against Al-Qaeda in the Arabian Peninsula (AQAP), which remains in charge in the Abyan Province; AQAP is now being challenged by the newly formed Islamic State in Yemen.

Punctual U.S. strikes against AQAP come alongside reliance by the Saudi alliance on AQAP to battle Ansar Allah on the ground, including through the use of assassinations to intimidate civilians and advocates for peace. 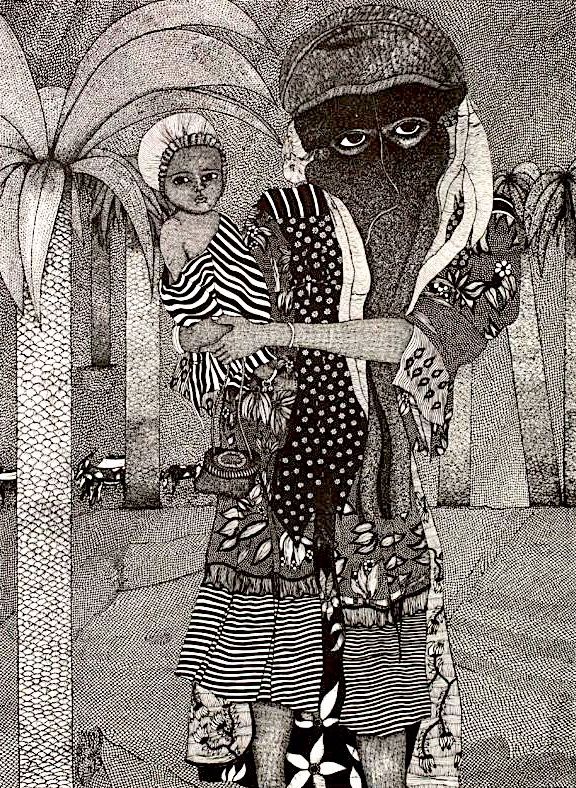 On Oct. 19, UNICEF spokesperson James Elder briefed the press in Geneva after his return from Yemen. He wrote,

“The Yemen conflict has just hit another shameful milestone: 10,000 children have been killed or maimed since fighting started in March 2015. That’s the equivalent of four children every day.”

Elder’s report is shocking. Of the 15 million people (50 percent of Yemen’s population) who do not have access to basic facilities, 8.5 million are children. In August, UNICEF Executive Director Henrietta Fore told the UN General Assembly, “Being a child in Yemen is the stuff of nightmares.”

“In Yemen,” Fore said, “one child dies every 10 minutes from preventable causes, including malnutrition and vaccine-preventable diseases.”

The Cost of War

This, friends, is the cost of war. War is an affliction, hideous in its outcomes. Rarely can one turn to history and point a finger at a war that was worth the price. Even if a list of such wars could be made, Yemen would not figure on it, nor would so many countries which have bled for other people’s failures of imagination.

Little good comes of this belligerence for the people who are its victims. Powerful countries might move the chess pieces to favor themselves and arms dealers might open new bank accounts to preserve their money — and so it goes. 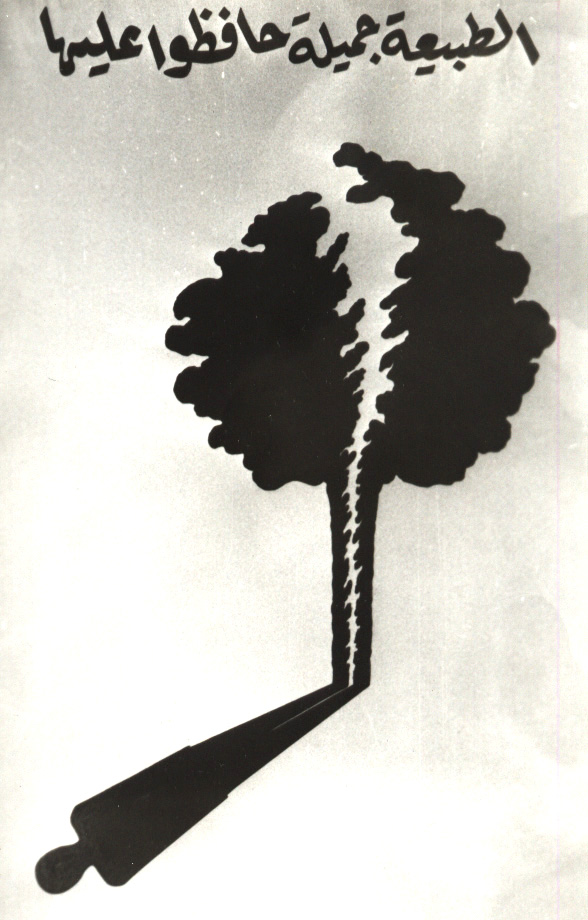 The war in Yemen is not only driven by the country’s internal politics; it is also largely a result of the terrible regional rivalry between Saudi Arabia and Iran. This rivalry appears to be due to the sectarian differences between Sunni Saudi Arabia and Shia Iran, while in fact the rivalry stems from something deeper: monarchical Islamic Saudi Arabia cannot tolerate a republican Islamic government in its neighborhood.

Saudi Arabia had no problem when Iran was ruled by the Pahlavi Shahs (1925-1979). Its animosity grew only after the Iranian Revolution of 1979, when it became clear that an Islamic republic could be possible on the Arabian Peninsula (this was a repeat of the Saudi and British-inspired war between 1962 and 1970 against the republic of North Yemen).

It is, therefore, a welcome development that high-ranking officials from both Iran and Saudi Arabia first met in Baghdad in April of this year and then again in September to set the table for a de-escalation of tensions.

The discussions have already raised the issues of regional rivalries in Iraq, Lebanon, Syria, and Yemen — all countries afflicted by the problems between Saudi Arabia and Iran. If a grand bargain can be reached between Riyadh and Tehran, it could de-escalate several wars in the region. 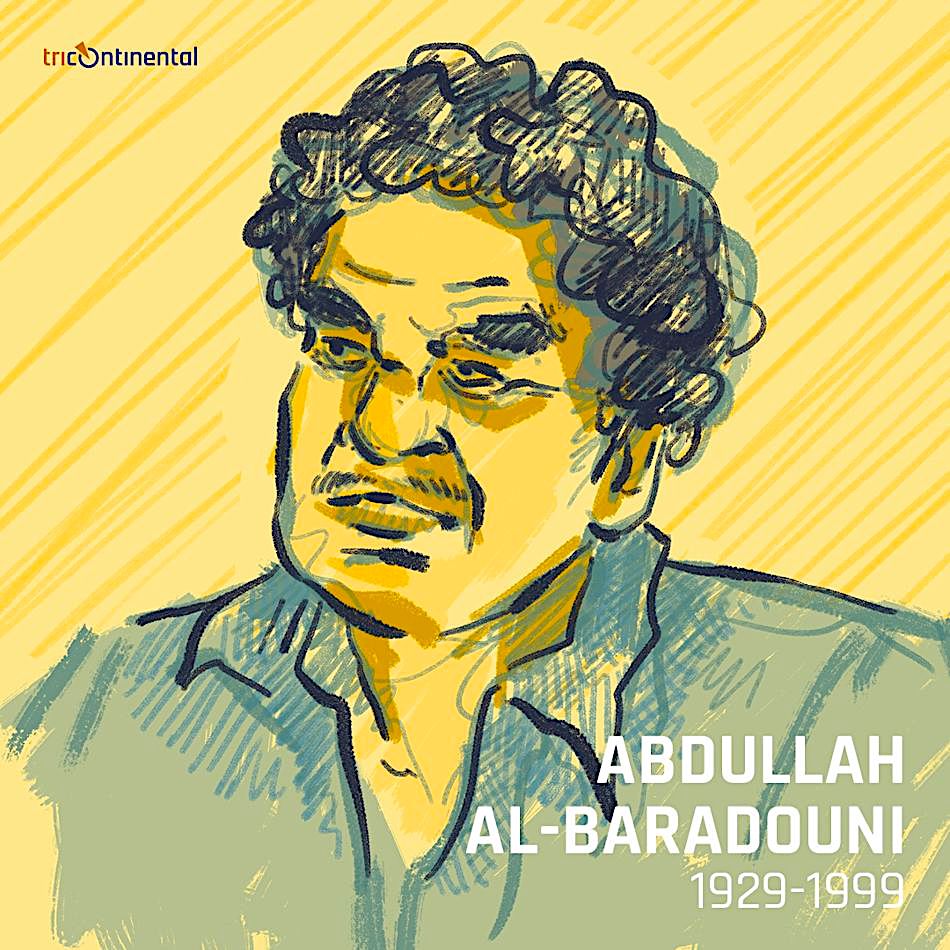 In 1962, Abdullah al-Sallal, a working-class military officer, led a nationalist military coup that overthrew the last ruler of the Mutawakkilite Kingdom of Yemen. Many sensitive people rushed to staff the new government, including the brilliant lawyer and poet Abdullah al-Baradouni.

Al-Baradouni worked at the radio broadcasting service in the capital, Sana’a, from 1962 till his death in 1999, lifting the cultural discourse of his country. His diwan (“collection”) of poems includes Madinat Al Ghad’ (“The City of Tomorrow”), 1968 and Al Safar Ela Ay Ayyam Al Khudr (“Journey to the Green Days”), 1979. “From Exile to Exile” is one of his classic verses:

My country is handed over from one tyrant
to the next, a worse tyrant;
from one prison to another,
from one exile to another.
It is colonised by the observed
invader and the hidden one;
handed over by one beast to two
like an emaciated camel.

In the caverns of its death
my country neither dies
nor recovers. It digs
in the muted graves looking
for its pure origins
for its springtime promise
that slept behind its eyes
for the dream that will come
for the phantom that hid.
It moves from one overwhelming
night to a darker night.

My country grieves
in its own boundaries
and in other people’s land
and even on its own soil
suffers the alienation
of exile. 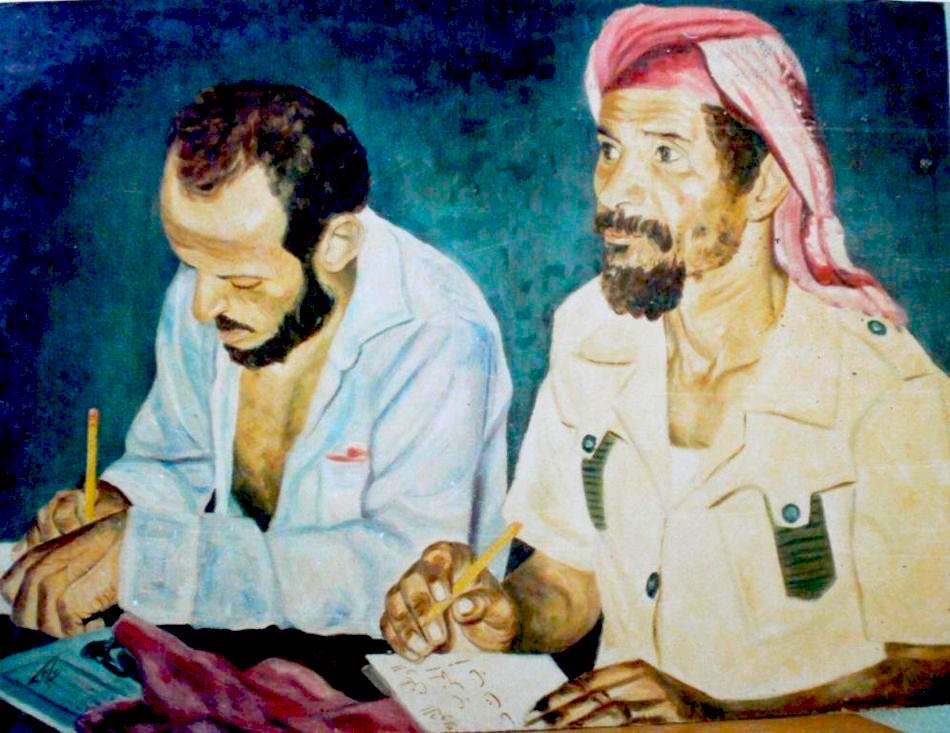 Al-Baradouni’s country grieves in its own boundaries not only for the destruction, but also for its “springtime promise,” for its lost histories. Like Afghanistan, Sudan and so many countries across the world, Yemen was once a center of left possibility, home to the People’s Democratic Republic of Yemen (PDRY) from 1967 to 1990 in the country’s south.

The PDRY emerged out of an anti-colonial struggle against the British led by trade unions (Aden Trade Union Congress and its charismatic leader Abdullah al-Asnag) and Marxist formations (the National Liberation Front), which — after internal struggles — merged into the Yemeni Socialist Party in 1978 led by President Abdul Fattah Ismail.

The PDRY attempted to enact land reforms and advance agricultural production, created a national education system (which promoted women’s education), built a strong medical system (including health centers in the countryside), and pushed through the 1974 Family Law that put women’s emancipation at the front of its agenda.

All of this was destroyed when the PDRY was overthrown as part of the unification of Yemen in 1990. That socialist memory remains fragile in the corners of the bomb-torn country.