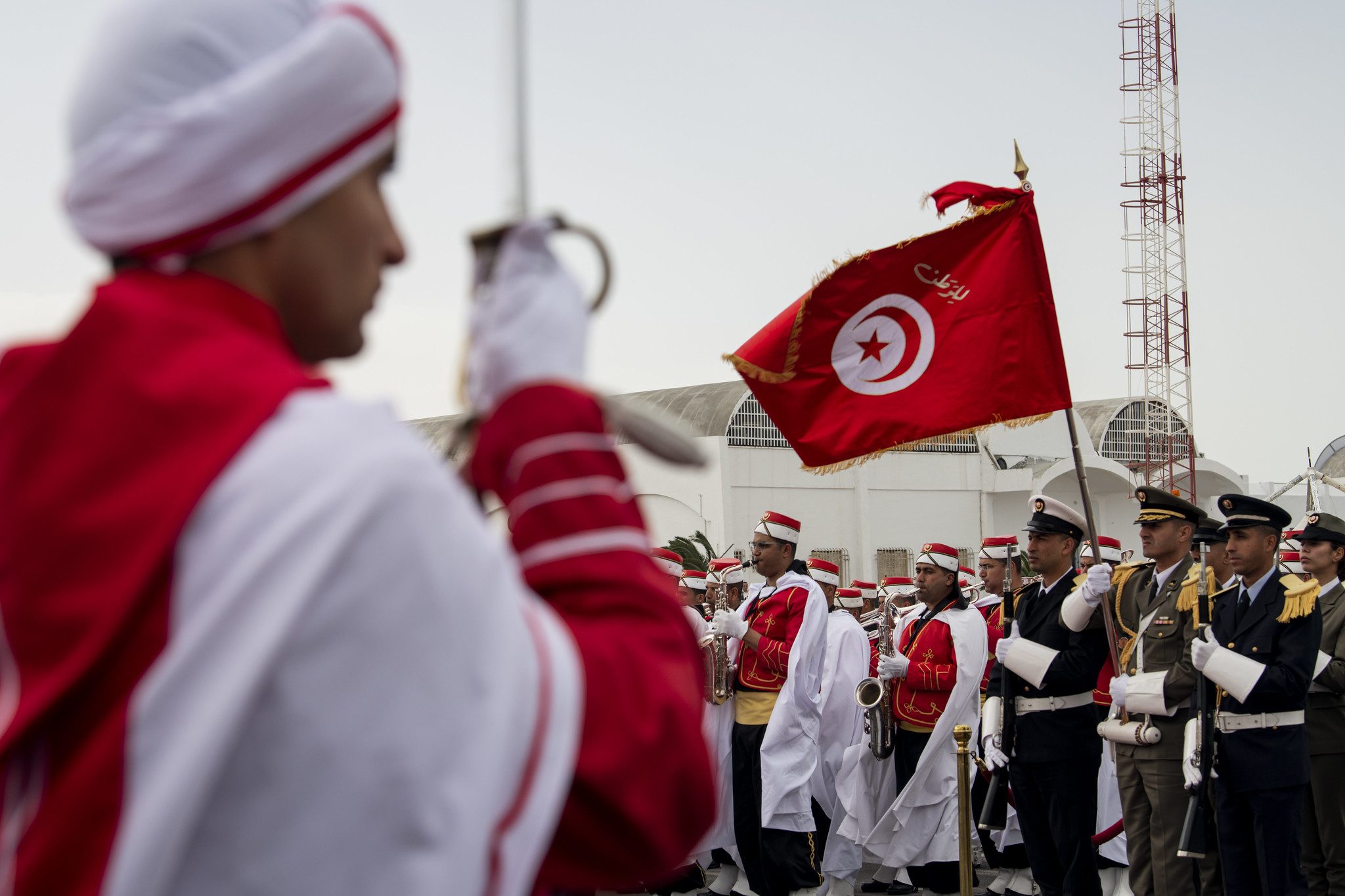 While public opinion has been turning against Joe Biden for a multitude of reasons, the U.S. media remains accommodating to the president and his administration.  There was such eagerness on the part of key journalists, editors and think tank experts to get rid of Donald Trump, that any replacement from either party would have been a welcome change.

Biden represents the old establishment which believes in the principles of a U.S. global empire and a strong “muscular” foreign policy. He was a centrist figure in the U.S. Senate on both the domestic and especially on the foreign policy front, where he rarely encountered a war or bombing (by U.S. or Israel) that he didn’t endorse and champion.  To harbor presidential ambition is to express admiration for war and military intervention — this has been a dictum of American presidential candidacy since before John F. Kennedy.

The Biden administration’s foreign policy is leaving the Middle East region in terrible shape.  To be sure, the mainstream media were critical of the U.S. withdrawal from Afghanistan.  Those media, after all, cheered the American invasions of Afghanistan and of Iraq and served as vessels of U.S. intelligence leaks and fabrications to peddle lies and deception about Iraqi WMDs.

The American media and the Washington Establishment want a permanent American occupation of Afghanistan. They also called for a permanent U.S. occupation of Iraq, but the Iraqi government refused the request by the Obama administration to keep thousands of troops there.  Obama didn’t decide to withdraw from Iraq. Representatives of the Iraqi people asked the U.S. to withdraw.  Of course, the U.S. found a way to sneak back in by using the threat of ISIS as a pretext.

It’s fair to say many of the media criticisms of the Trump administration apply squarely to the Biden administration too, though Biden is being spared the fierce attacks leveled at Trump. 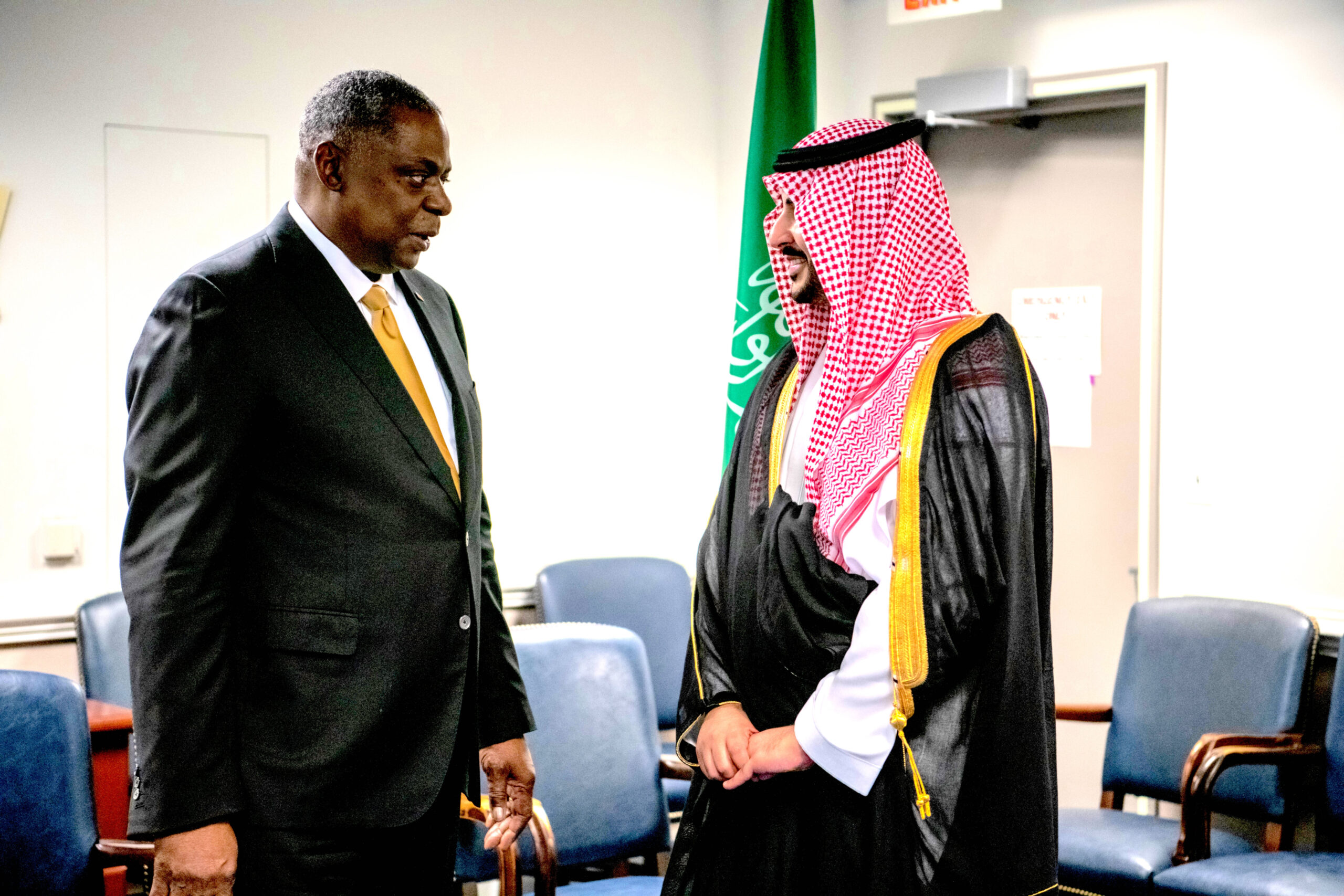 Trump’s relationship with Gulf despots was purely transactional: they would receive political support and cover provided they announced mega arms purchases from the U.S.  Under Biden, the number of high-level meetings between U.S. -Saudi and U.S.-UAE officials has increased. Saudi regime media regularly carry statements by U.S. military and political officials in which they declare strong support for the kingdom’s security (security for the realm is a euphemism for survival of the ruling dynasty).

Under Biden, the U.S. is institutionalizing staunch American support for Middle East dictatorships.  And just as with Trump-Kushner, Middle East regimes obtain extra U.S. disregard for their human rights violations, provided they commit to or accelerate normalization with Israel. Egyptian leader Gen. Abdel Fattah el-Sisi has for example invited the prime minister of Israel, a step that seems to have impressed U.S. officials.

The Biden administration has been coordinating policies with the UAE and Saudi Arabia not only on Iran, but also on Yemen, Libya, Lebanon, Syria, and Sudan. 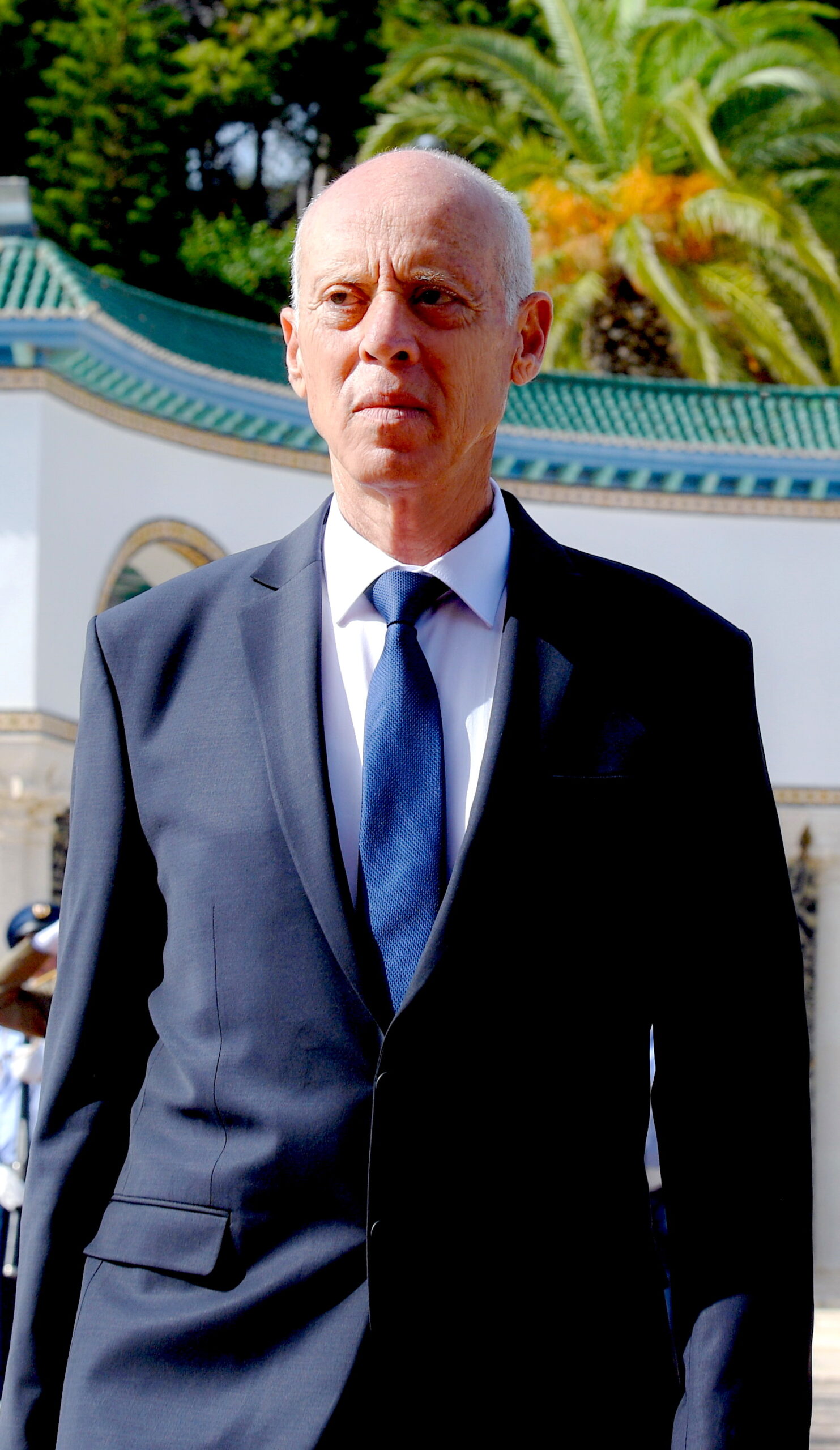 While flaunting its promotion of democratization, the Biden administration has thus far endorsed (or tolerated) two coups: one political in Tunisia and a blatant military overthrow last week in Sudan.

In Tunisia, the president basically suspended the constitution and is ruling by fiat. He dissolved the parliament (which was dominated by Nahdah, a Muslim Brotherhood-affiliated movement) and obtained Saudi and UAE support for common enemies.  U.S. officials have been meeting regularly with President Kais Saied and American statements on the abrogation of democracy there have been rather mild if not indulgent.

In the Sudan, there was no democracy in place to begin with.  There, the U.S.-sponsored military junta was ostensibly sharing power with a civilian government in the wake of street protests and demands for democracy in 2019.  The junta and the U.S. feared that a civilian democratic government would abort the normalization initiative with Israel.

The civilian component of the government was deceived by the generals who worked closely with the U.S.  It was the military junta and not the political parties and civic groups that imposed normalization with Israel, despite wide public disapproval.  Last week, the ostensibly shared government arrangement was broken by the generals who officially asserted their monopolization of political power.

The Biden administration demanded a return to transitional government (how long was that transition supposed to be according to the U.S. government?) but it was highly unlikely that the Sudanese generals, who are for all intents and purposes clients of the Pentagon, would dare stage a coup without U.S. knowledge, if not approval (they had met with the U.S. envoy hours before the coup).

The pace of Sudanese normalization with Israel had been slowed by virtue of public objections, and the new military government will most likely expedite its pace to win congressional support.  The Biden administration has continued a long-standing precedent that the U.S. — notwithstanding its rhetoric on democracy and human rights — supports suspension of democratic rule in the Middle East if the new rulers take U.S. and Israeli interests into account. 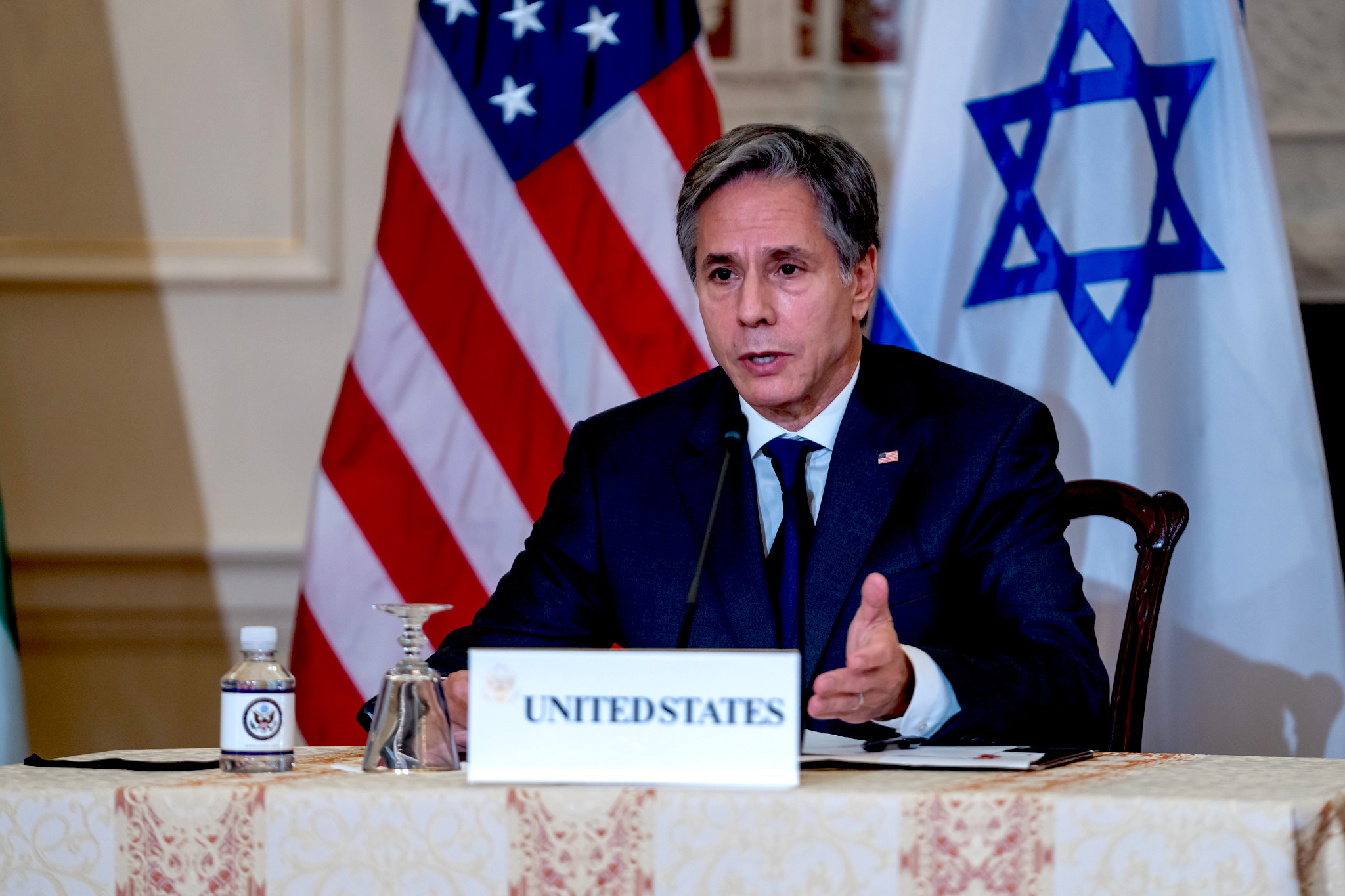 The Biden administration is dragging its feet and stubbornly refusing to make any concessions to the Iranian government. Biden has stuck with Trump’s additional sanctions and is not willing to pledge an end to sanctions as a gesture.

Iran would have done better had it negotiated with the Trump administration. (Trump was never a detailed-oriented policy maker and his chief concern in dealing with Iran was that a new agreement would carry his name and not that of Obama’s.)  Furthermore, the Biden administration has been closely coordinating its next steps on Iran with the UAE, Saudi Arabia and Israel.  It has shamelessly brandished its consideration of non-diplomatic options (i.e. Israeli and U.S. attacks on Iran).  If this were Trump, the mainstream media would have warned of the danger of armed conflict.

On Israel, the Biden administration has not deviated from the Trump administration’s path: Secretary of State Antony Blinken has made it clear that the Israeli occupation of the Golan Heights is juridically acceptable although he linked that decision to the duration of the Assad regime.

Though the East Jerusalem U.S. consulate is yet to open, the construction of new settlements and the expansion of old ones has not caused consternation in Washington.  The Biden administration has revealed that it only had problems with the personality of former Prime Minister Benjamin Netanyahu and not with his policies.

The war on Yemen continues and the Biden government — like those of Obama and Trump — merely blames the Houthis for the prolongation of the conflict.  The Saudis still refuse to lift the siege on Hudayda port, while the Biden administration praises the Saudi stance.

Trump was accused of recklessness in his foreign policy (the assassination of Iranian General Qasem  Suleimani was a prime example) but the Biden administration is consolidating the rule of several Arab dictatorships in return for normalization with Israel and more fealty to U.S. interests.

Saudi Crown Prince Muhammad bin Salman is no longer an outcast. He has been receiving successive U.S. officials. (National Security Advisor Jake Sullivan met with MbS although there was no photo opportunity.)

There is little difference between the Trump and Biden Middle East policies.  Yet, the mainstream media refuses to criticize Biden, except on the withdrawal from Afghanistan.  The media, just like Biden, are deeply beholden to the War Empire’s agenda and are unwilling to see how dangerous is the path of military alliances with Middle East despots and with Israel. Wasn’t that supposed to have been the lesson drawn from the Afghanistan wars of the 1980s and 2001 to 2021?

← 30 Years On: The Middle East Peace-Process Ruse
Being a Child in Yemen Is the Stuff of Nightmares →

8 comments for “THE ANGRY ARAB: Biden’s Mideast Policy No Better Than Trump’s”