The bombshell revelations of the imprisoned journalist were arguably small potatoes compared to the criminality Assange exposed by simply standing his ground, writes Caitlin Johnstone. 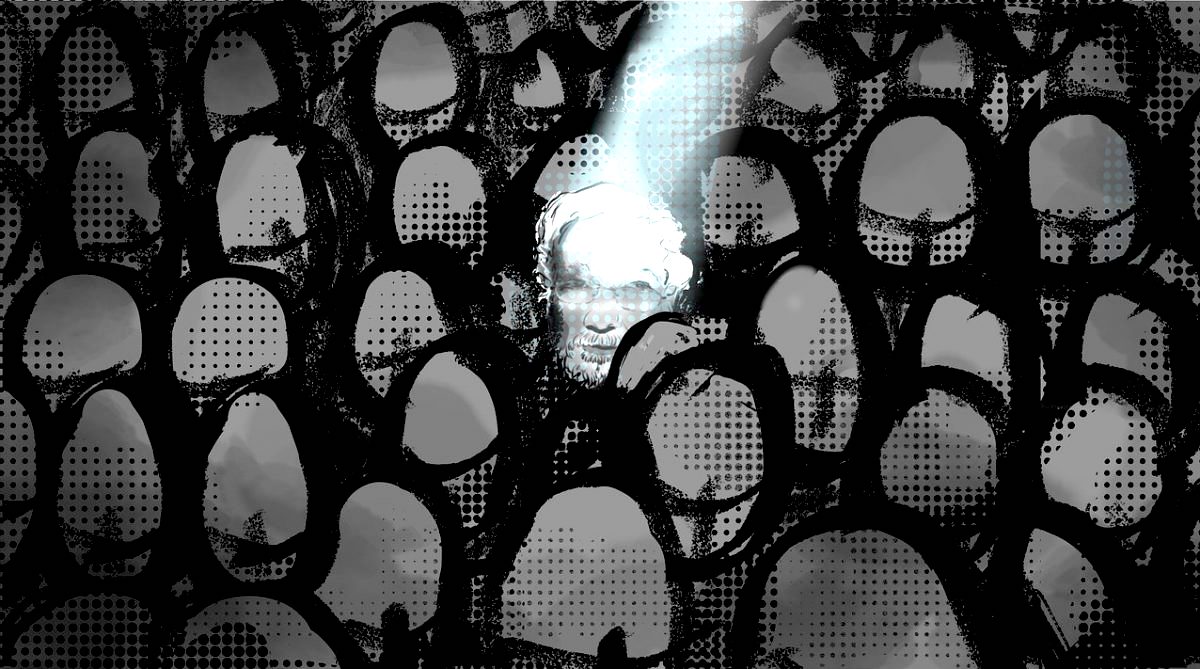 The U.S.  appeal of a British court ruling on the Assange extradition case has concluded, and the judges will probably not have a decision ready until at least January — a full year after the extradition was denied by a lower court. Assange, despite being convicted of no crime, will have remained in Belmarsh prison the entire time.

During that time the judges will be weighing arguments they’d heard about the cruel nature of the U.S. prison system, which formed a major part of the reasoning behind Judge Vanessa Baraitser’s rejection of the U.S. extradition request. They’ll be considering the draconian policy of Special Administrative Measures, whose victims are cut off from human contact and from the outside world.

They’ll be considering the brutality of the supermax ADX facility in Florence, Colorado, where inmates are kept in solitary confinement for 23 hours a day, and where Assange could easily wind up imprisoned despite the prosecution’s flimsy assurances.

Assange probably never set out on this journey with the goal of calling attention to the abuses of the U.S. prison system as his foremost priority, but, as is so often the case with anything his journey touches, those abuses keep getting pulled into the light of public awareness anyway.

His case now goes beyond press freedom, U.S. war crimes, corrupt governments collaborating to stomp out inconvenient truth tellers and the malfeasance of U.S. alphabet agencies. It’s about the abusive nature of the U.S. prison system as well.

Chris Hedges: The Most Important Battle for Press Freedom in Our Time https://t.co/VD82NOdOLf

And this is a big part of what I find so endlessly captivating about the life of this extraordinary individual. No matter what he’s doing, no matter where he is, no matter how beaten down and silenced and immobilized he may appear, his life keeps exposing things. Keeps bringing things into the light.

It’s been a constant throughout his life as near as I can tell, from when he was a young man using his technical prowess to help Australian police bring down distributors of online child pornography in the mid-nineties. This curious impulse to bring what is hidden in the dark out into the light where it can be seen is what gave birth to WikiLeaks and all the major revelations about the criminality and corruption of the powerful which resulted from its publications.

And as paradigm-shattering as those many bombshell revelations were, they were arguably small potatoes compared to the criminality Assange exposed by simply standing his ground until the most powerful institutions in the world conspired to drag him from the Ecuadorian embassy and lock him in Belmarsh Prison for telling the truth.

Assange created an innovative publishing platform which allowed whistleblowers to upload files anonymously on the premise that corrupt power needs to be able to communicate secretly in order to operate efficiently. Corrupt power responded by silencing, immobilizing, isolating, imprisoning and torturing him. In so doing, corrupt power exposed itself and its true nature far more than any WikiLeaks drop ever could.

Since Assange’s imprisonment there’s been a jaw-dropping deluge of revelations about the malfeasance of the power structures that rule over us which could not have been exposed to such an extent in any other way.

It was revealed that the U.S.  power alliance will openly jail journalists for telling the truth with as much brazenness and despotism as any other tyrannical regime, giving U.S.-targeted nations the ability to rightly call out the hypocrisy of Washington’s concern trolling about human rights.

If the #US truly defends freedom, why won't they allow others to tell the truth when they are making up lies? Why has Mr. #Assange been thrown in prison after being forced to shelter in the #Ecuadorian Embassy in London for 7 years? pic.twitter.com/TR698pdpXX

It was revealed that because he inconvenienced the most powerful government in the world, Assange has been subjected to abuses which amount to psychological torture according to a UN special rapporteur on torture.

It was revealed that the CIA plotted to kidnap and assassinate Assange, an earth-shaking discovery we wouldn’t have been able to confirm for decades under normal circumstances, but due to a miraculous combination of partisan feuding and their frantic compulsion to silence him it was confirmed just a few short years after the fact.

It was revealed that CIA proxies spied on Assange and his lawyers at the Ecuadorian embassy and conspired to collect the DNA of his child from a soiled diaper.

It was revealed that the U.S. prosecution relied on false testimony from a diagnosed sociopath and convicted child molester who collaborated with the FBI.

It was revealed that the Western news media are so propagandistic and morally bankrupt that they will viciously smear a dissident journalist for years to manufacture consent for his arrest and imprisonment, and then act completely guiltless when the most powerful government on earth works to extradite him into its dungeons.

And now we’re seeing the same U.S. government that has been plotting this man’s destruction and even death for many years humiliating itself by hilariously trying to argue that he would be safe under their care, just so they can get their claws into him. Like Count Olaf in Lemony Snicket’s A Series of Unfortunate Events taking on whatever disguise might allow him to nab the Baudelaire orphans.

The Assange Persecution Is Western Savagery At Its Most Transparent

"So the prosecution's legal argument here is essentially 'We promise we won't treat Assange as cruelly as we treat our other prisoners, unless we decide we really want to.'"https://t.co/L4Udz6xru9

The more they come after him, the more damage they do to themselves. It’s as though Assange is standing in a beam of sunlight surrounded by vampires, and every time they reach in to grab him, they wind up disintegrating their own limbs.

Their old tactics never seem to have the intended effect. The harder they struggle to keep him from being able to expose their crimes, the more of their own criminality they reveal.

It minds me of the lyrics to that Johnny Cash song:

“Well you may throw your rock and hide your hand, workin’ in the dark against your fellow man/ But as sure as God made black and white, what’s done in the dark will be brought to the light.”

And the struggles of our world today really do seem to come down to a battle between light and darkness. I say this not in any kind of mystical or metaphysical sense, but in the sense that there are on all levels forces which wish to bring the unseen out of hiddenness and forces which have a vested interest in keeping things hidden.

On the global level there are vast power structures with vested interests in keeping their misdeeds out of public attention and making sure we all remain confused and misinformed about what’s really going on in the world. On a sociological level there are individuals who have a vested interest in keeping their personal actions out of the light and preventing anyone from clearly seeing what they’re really up to. On an internal level we’ve all got subconscious forces at play whose existence depends on avoiding the light of conscious perception.

It’s a struggle that’s happening on every level of our species, and Julian Assange seems to be one of the very brightest points in that struggle.

It appears to be a very reliable principle of the human condition that if you firmly and sincerely resolve deep within yourself to desire truth above all else and to seek it at all cost, it causes everything your life touches to move into the light: the good, the bad and the ugly.

Hidden psychological tendencies become seen, understood and resolved. Abusive family dynamics, manipulative behavior patterns and everything untruthful around you and in you all starts to move into the spotlight. Some relationships end, others deepen. It upends your world while grounding you in something far more meaningful than the sources in which you’d formerly sought stability.

This movement into truth can be devastating, humbling, humiliating or downright terrifying, and sometimes all of them at once, because it’s a relinquishing of control and a surrendering to whatever’s true, no matter what that turns out to be, no matter how insecure or embarrassed or inadequate it might make you feel at first. But looking back there’s an immediate understanding that you wouldn’t have had it any other way.

I don’t know Julian Assange personally, but I suspect he may have signed an internal contract like this at some point in his life. The desire for truth, come what may, whatever the cost, whatever the consequences. Whether he did or did not, that has been the result of the luminescent path his journey has blazed through humanity during his time on this planet. And the world is a much better place for it.

← Instead of Facing Extradition, Assange Should Have Won the ‘Nobel War Prize’
Varoufakis Says Zuckerberg Is Stealing ‘Meta’ Name →

9 comments for “From Press Freedom to Prison Systems, Everything Assange Touches Gets Illuminated”