The same judge that overturned an earlier High Court decision to exclude Assange’s health from the U.S. appeal will preside over the substantive appeal hearing next week. 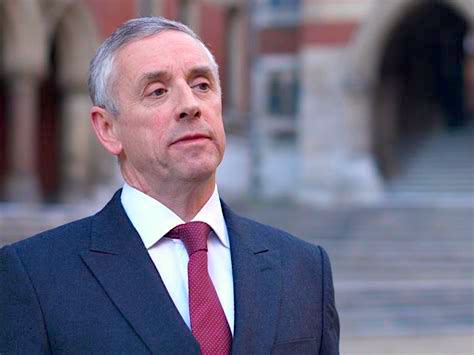 Lord Justice Timothy Holroyde, the High Court judge who reversed an earlier court order to bar the U.S. from appealing Julian Assange’s medical issues, will preside over the substantive U.S. appeal hearing at the High Court next week.

In January, lower court Judge Vanessa Baraitser refused the U.S. request to extradite the WikiLeaks publisher because of his high risk of suicide and the conditions of U.S. prisons. The U.S. applied to appeal that decision, which was granted by the High Court in July. The court allowed three of five grounds of appeal, excluding the matter of Assange’s health.

The U.S. challenged that ruling and in an Aug. 11 High Court hearing, Holroyde overturned the earlier court decision, siding with the U.S. argument that Baraitser’s finding on Assange’s health could be appealed.

That will be the central argument in the two-day hearing beginning next Wednesday at the Royal Courts of Justice in London. The U.S. says Assange is not too ill to be extradited and has accused him of being a malingerer.  Joining Holroyde on the High Court bench will be Dame Judith Farbey, who remained silent during the Aug. 11 hearing.

It is highly unusual for a judge who has already ruled in favor of one party to continue on the bench, according to Consortium News legal analyst Alexander Mercouris.  In most cases, fresh judges would be brought in who have had no part in earlier rulings for either side.

After the Aug. 11 hearing, Mercouris said Holroyde’s “comments made it clear” that he would not be part of the appeal panel.  “If he does turn up on the panel then that would be an extremely serious development,” he said, adding that it would be “open to legal challenge if he did.” It is not known at this time whether Assange’s lawyers will challenge Holroyde’s appointment to the case.

After learning Holroyde would indeed oversee the hearing next week, Mercouris said it was “extremely disturbing news” and “very worrying. Nothing in this case is proceeding as it should do.”

Holroyde is an exemplary product of the British establishment, which has its own motives against Assange. He graduated from Bristol Grammar School and studied law at Wadham College, Oxford. He became a Queen’s Counselor in 1996, was appointed to the High Court in January 2009, was knighted in 2013 and admitted to the Privy Council in 2017.