Kingpins like Kravis and Roberts have been hollowing out the hopes of average working people and the communities they call home, writes Sam Pizzigati.

The billionaire founders of KKR, America’s first nationally celebrated “private equity” giant, have announced they’re stepping down as the company’s co-CEOs. Henry Kravis, now 77, and George Roberts, 78, helped found KKR in 1976. They opened up shop with $120,000 in capital to invest. Their KKR portfolio currently holds assets valued not all that far from half a trillion.

Kravis and Roberts also both personally now rank among America’s 100 richest, Roberts with a net worth of $9 billion and his cousin Kravis not far behind with $8.5 billion. In their retirement announcement, they declared themselves supremely “proud of what we have built” and proclaimed that “KKR still has so much potential even 45 years later.”

Global business commentators, predictably enough, have been gushing over Kravis and Roberts, extending to the pair all the plaudits the phenomenally rich consider their natural due. The Financial Times, for instance, has marveled that Kravis and Roberts began their illustrious career with one “dazzling insight” and ended it with another. No one has ever, the business journal added, “understood the concept of ‘other people’s money’ better.”

Kravis and Roberts, meanwhile, have of late been trying to show that the “other people” they care about include those not quite as fortunate as they happen to be. Last year, the cousins created a special $50-million KKR fund to support front-line workers struggling their way through the pandemic. And to help support the fund, the pair pledged a chunk of their own 2020 compensation, a gesture totally appropriate, they explained, in the face of a pandemic that’s “wreaking havoc on every country, every industry, every household, and virtually every single person.”

Kravis and Roberts, to be sure, certainly do know havoc. The private equity industry they pioneered has been wreaking massive amounts of it for over four decades now. In one niche of American economic life after another, private equity kingpins like Kravis and Roberts have been hollowing out the hopes of average working people and the communities they call home.

About 12 million Americans, some 7 percent of the nation’s workforce, are now laboring for firms that sit in private equity portfolios. That employment total would be considerably higher, analysts have calculated, had private equity not burst on America’s financial scene. In retail alone, one 2019 study reported, private equity takeovers have cost over 1.3 million U.S. workers their jobs. 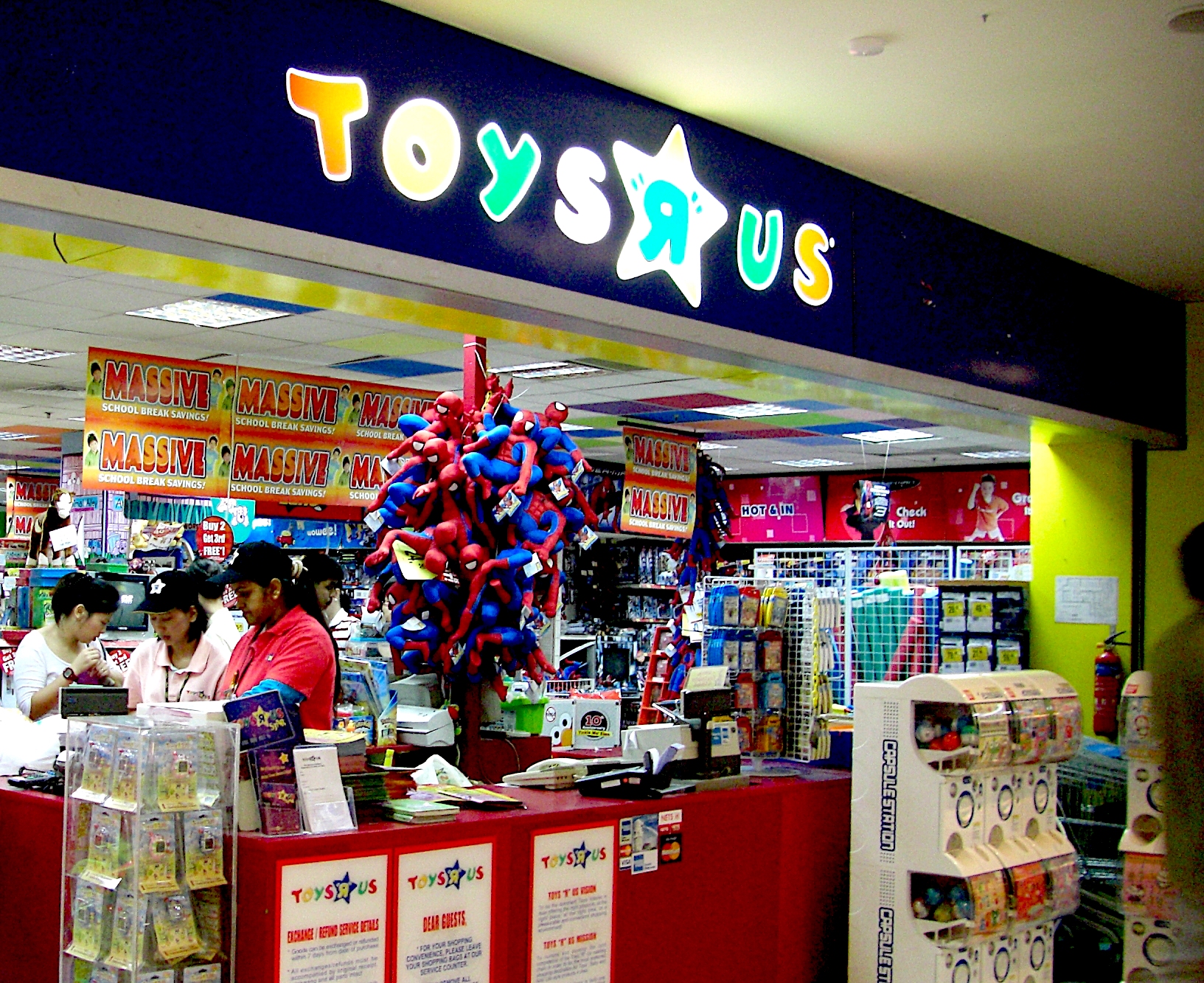 KKR led a consortium in the buyout of Toys “R” Us. (Waycool27, Wikimedia Commons)

Among private equity’s many retail victims: some 33,000 Toys ‘R’ Us workers who lost their jobs when their retail colossus went bankrupt and liquidated in 2018, just over a dozen years after KKR and two other private-equity firms had bought up all of the company’s outstanding shares. That leveraged buyout saddled Toys ‘R’ Us with the massive debt that KKR and its partners had incurred to make the purchase. The burden of that debt, some $400 million a year, fell squarely on workers. They lost jobs, pay and benefits to private equity’s machinations — as have workers across America’s retail landscape. Of the 14 largest retail bankruptcies since 2012, 10 have come at retailers that private equity firms swallowed up.

Last year, The Wall Street Journal identified the nation’s 38 surviving retailers with the weakest credit profiles. Private equity firms owned 27 of them. Between the massive debt private equity has foisted on retailers and the billions in fees and dividends that private equity has extracted from them, notes Jim Baker of the watchdog Private Equity Stakeholder Project, private equity “has made it more difficult” for retailers “to innovate in a changing industry.”

One typical storyline: KKR became retailer Academy Sports’ largest shareholder in 2011, then paid itself $900 million in dividends from Academy Sports Health over the next four years. A year ago, in April, Academy Sports furloughed a “substantial number” of its employees. Last month, KKR announced plans to sell its entire $853-million stake in the company.

This past February, another study — out of the National Bureau of Economic Research — found that private equity nursing home ownership “increases the short-term mortality” of Medicare patients by 10 percent, a dynamic that over the 12 years studied led to over 20,000 premature deaths.

Private equity firms, observes The American Prospect’s David Dayen, seem to have a particular affection for collecting some of the nation’s “worst businesses,” outfits that range from for-profit colleges and payday lenders to bail companies and detention camps for children.

KKR has become a major player in this space, notes a just-released Private Equity Stakeholder Project study, and “recently redoubled on fracking.” Private equity firms like KKR have been picking up fossil-fuel assets on the cheap, exploiting the eagerness of publicly traded oil companies eager to ditch their dirtier holdings in the face of growing public pressure. Sales to private equity firms let Big Oil look more environmentally conscious, but the environment — and the 17.6 million Americans who live within a mile of an active oil or gas well — get no relief. 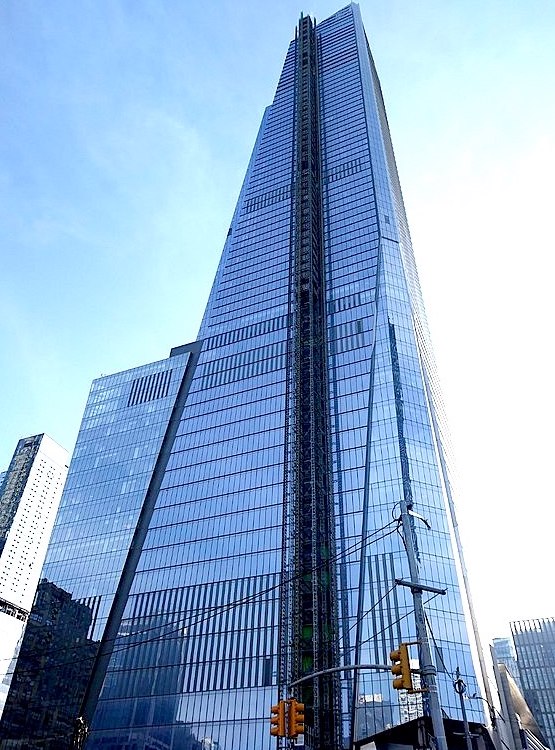 Through all this wheeling and dealing, of course, private equity dealmakers just continue getting richer. That aggrandizement comes with the territory, with the “business model” that Henry Kravis and George Roberts have done so much to perfect. Characters like Kravis and Roberts — they mostly call themselves “general partners” — have over $7 trillion in assets under management, mostly raised, notes policy analyst Matt Stoller, from wealthy people and institutional investors like pension funds. They pay themselves by the rule of “2 and 20,” charging the enterprises they’ve bought up a 2 percent annual management fee on their assets under management and a 20 percent performance fee on profits above some benchmark level.

This 20 percent fee, in turn, gets treated as a “capital gain” for tax purposes, and this “carried interest” may now be the U.S. tax code’s most notorious loophole, just one of the many ways government policies and inadequate oversight have fueled private equity’s rise.

“For far too long,” as Sen. Elizabeth Warren declared two years ago as she introduced reform legislation, “Washington has looked the other way while private equity firms take over companies, load them with debt, strip them of their wealth, and walk away scot-free — leaving workers, consumers and whole communities to pick up the pieces.”

Warren’s proposed Stop Wall Street Looting Act, if enacted, would stop “private equity firms from stripping cash, real estate and other assets from the companies they take over,” one appraisal notes, and, most importantly, “hold private equity firms responsible for the large debts that they use to buy companies.”

But even the provisions of Warren’s legislation, the Center for Economic and Policy Research’s Eileen Appelbaum has told Congress, won’t be enough to fully prevent private equity’s pillaging of Main Street. She’s called for other legislation to halt “particular financial abuses” like the organizing of so-called “wolf packs” to secretly accumulate shares in publicly traded companies.

But even these additional moves might not be enough to tame the animal spirits the Kravis-and-Roberts crew has been visiting upon us. Private equity, argues analyst Matt Stoller, amounts to “a highly ideological social movement that comes out of the modest conglomerate craze of the 1960s” and the junk bond mania that followed soon after. The essential lesson private equity’s pioneers gained from these episodes: Go for it. Get everything you can grab.

This new attitude began emerging, not so coincidentally, when the federal income tax rate on America’s highest incomes began sliding in 1964. The year before, the nation’s richest faced a 91 percent tax on income over $400,000. By the middle of the Reagan years that top rate had dropped down to 28 percent, only rising marginally in all the years since.

In this new, low-tax environment, America’s rich could keep the lion’s share of whatever income streams they could get their hands on. They now had a powerful personal incentive, in other words, to seek out new sources of income and exploit them to the fullest. And exploit they did, employing their new wealth politically to stack the deck in their favor. They soon won the massive deregulation of the rules put in place to stop the nation’s original Robber Barons. They neutered the labor movement and white collar criminal enforcement. They birthed private equity.

Americans have a received, in effect, a half-century-long lesson in what happens when you let the rich get ever richer. Our New Deal forbears had a better idea: discourage the accumulation of grand personal fortunes. In 1942, Franklin Roosevelt even proposed what amounted to a “maximum wage,” a 100 percent tax on income over $25,000, about $400,000 in today’s dollars. That 100-percent top rate didn’t become law, but the nation’s top tax rate would hit 94 percent in 1944 before leveling off at 91 percent for most of the next two decades.

Those decades would see the emergence of the first mass middle class society in world history. The U.S. has been going backwards from that middle-class society ever since, leaving Henry Kravis and George Roberts, in the process, with plenty to smile about.

3 comments for “The Havoc Left by Private Equity’s Pioneers”