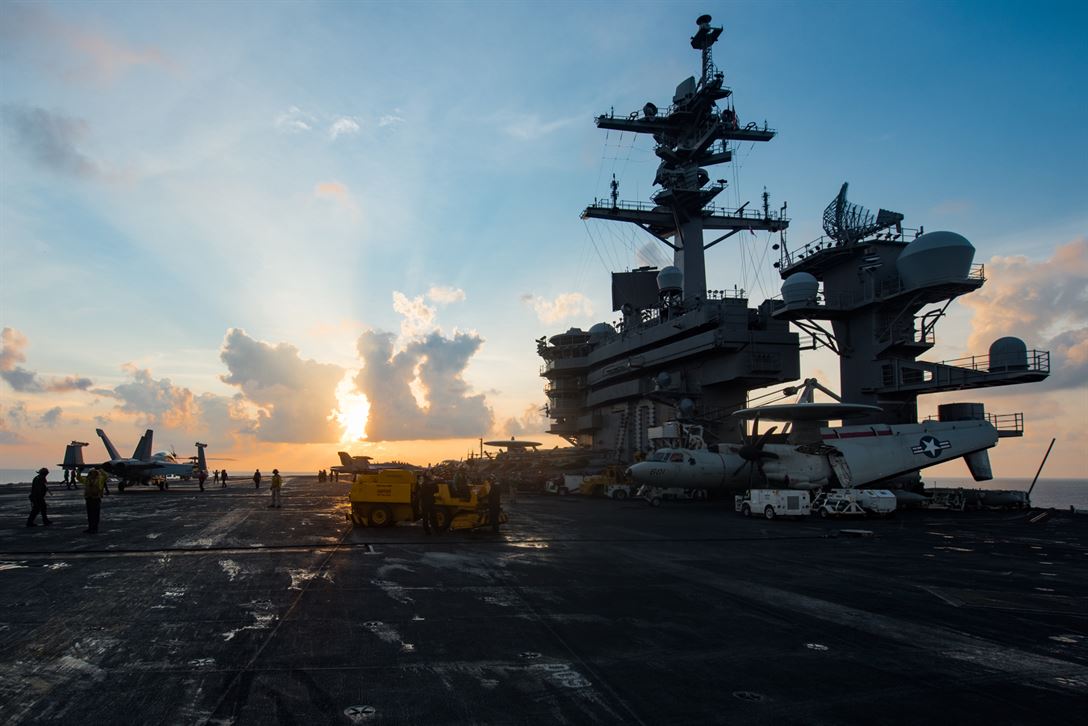 Anti-war advocates are denouncing Wednesday’s formation of a trilateral military partnership through which the United States and the United Kingdom plan to help Australia build a fleet of nuclear-powered submarines — a long-term initiative broadly viewed as a challenge to China by Western powers determined to exert control over the Pacific region.

Although Australian Prime Minister Scott Morrison, U.K. Prime Minister Boris Johnson and U.S. President Joe Biden did not mention Beijing during their joint video announcement of the so-called AUKUS alliance, “the move is widely seen as a response to China’s expanding economic power, military reach, and diplomatic influence,” The Washington Post reported. “China is believed to have six nuclear attack submarines, with plans to increase the fleet in the next decade.”

The Guardian noted that it could take more than a decade for AUKUS to develop submarines propelled by enriched uranium — which allow the attack vessels to operate more quietly and remain deployed for up to five months —”but once at sea, the aim is to put Australia’s currently diesel-powered navy on a technological par with China’s navy, the world largest.”

[Australian Labor opposition leader Anthony Albanese said the nuclear subs would be delivered to Australia 19 years from now, in the year 2040. Morrison has so far refused to tell the Australian people how much it will cost them.]

In addition to “cooperation on naval technology,” the newspaper reported, “the partnership will involve closer alignment of regional policies and actions, and greater integration of the militaries and the defense industries of the three allies,” which “also intend to work together on cyberwarfare and on artificial intelligence capabilities.”

In response to the development, the British chapter of the No Cold War coalition said Thursday in a statement that “the new anti-China military alliance forged between Australia, Britain, and the U.S. — AUKUS — is an aggressive move which threatens peace and stability in the Pacific region.”

The announcement of the new Australia, Britain and US military alliance – AUKUS – represents a serious escalation of the new cold war on China.

This is a dangerous move threatens peace and stability in the Pacific region. #NoColdWar #ChinaIsNotOurEnemy https://t.co/ajugP0P8fP

According to the coalition of nearly two dozen peace groups, the creation of AUKUS “follows the recent sending of a British warship to the South China Sea in an aggressive and provocative gesture of support for the U.S.’s massive military build-up against China.”

“It should be noted,” the coalition continued, “that New Zealand is not participating in this aggressive military alliance and it’s no nuclear policy means that Australian nuclear-powered submarines will be banned from New Zealand’s ports and waters.”

“It is against the interests of the British people, the Chinese people, and all of humanity for Britain to join the U.S. and Australia in racheting up aggression against China,” No Cold War added. “The world needs global cooperation to tackle shared threats of the pandemic and climate change, not a new Cold War.” 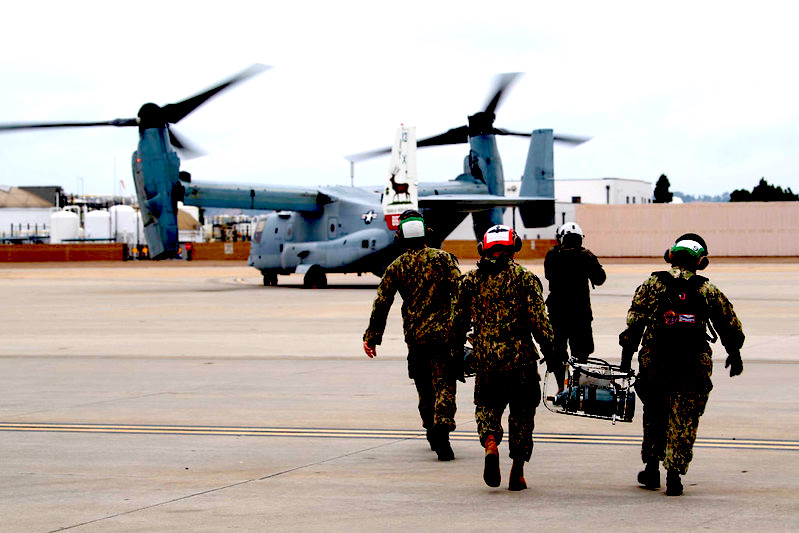 Anti-war progressives from Australia and the U.S. have also condemned the new military alliance.

“It was only a few weeks ago that a generation-long war in Afghanistan came to an end,” Alison Broinowski of the Independent and Peaceful Australia Network, said in a statement shared prior to the official launch of AUKUS. “Instead of reflecting on the pointlessness and horror of U.S. militarism, Australia and the U.S. are already talking about their next military adventure.”

“How can Australia assert an independent and peaceful foreign policy with a military that is so integrated into the U.S.?” Broinowski asked.

During his remarks publicizing the pact, Biden claimed that “we need to be able to address both the current strategic environment in the region, and how it may evolve, because the future of each of our nations, and indeed the world, depends on a free and open Indo-Pacific enduring and flourishing in the decades ahead.”

China Is Not Our Enemy, a project of U.S.-based peace group CodePink, responded by asserting that “if Biden and the Pentagon really want to ‘ensure peace and stability’ in the region, they could simply stop dealing missiles, weapons, [and] nuclear tech to Australia, Japan, South Korea, and Taiwan that escalate conflict and threaten global safety.”

?What Biden said: “We all recognize the imperative of ensuring peace & stability in the Indo-Pacific over the long term”

?What he didn’t say:
The US is selling $350 M worth of missiles & services to Australia, plus nuclear-powered submarine technologyhttps://t.co/XAGtr2xwW5

According to The Guardian:

“The international community, including neighboring countries, have risen to question [Australia’s] commitment to nuclear nonproliferation,” Zhao said, according to a translation aired by ABC News. “China will closely monitor the situation.”

Zhao said the three countries “should abandon the obsolete Cold War zero-sum mentality and narrow-minded geopolitical concepts and respect regional people’s aspiration and do more that is conducive to regional peace and stability and development — otherwise they will only end up hurting their own interests.” 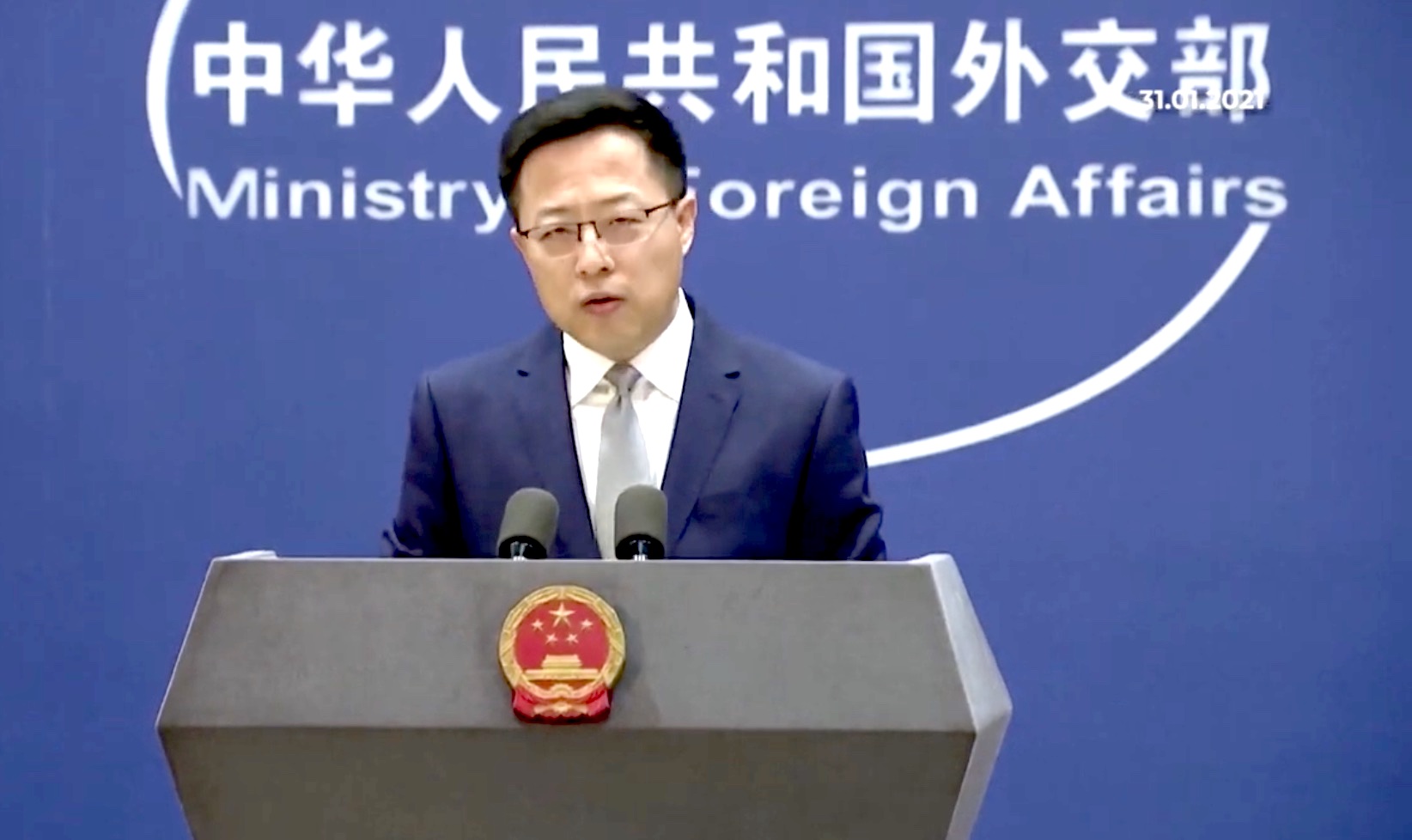 When announcing the formation of AUKUS, Morrison said that “Australia is not seeking to acquire nuclear weapons or establish a civil nuclear capability” and intends to abide by the Nuclear Nonproliferation Treaty (NPT).

Critics of the alliance, however, worry that it “could still indirectly spur the proliferation of weapons” by setting “a dangerous precedent for countries to exploit a loophole in the NPT,” The Guardian reported. The NPT allows countries without atomic bombs, such as Australia, “to build nuclear-powered submarines, and to remove the fissile material they need for the submarine reactors from the stockpile monitored by the global watchdog, the International Atomic Energy Agency, opening up the possibility it could be diverted to making weapons.”

Describing AUKUS as a “disastrous” deal, CodePink co-founder Medea Benjamin tweeted Wednesday that Australia, the U.K., and the U.S. “are ratcheting up the tension that could easily lead to a nuclear war with China.”

Amid growing concerns that Washington’s increasingly hostile approach to China could escalate into a full-blown military conflict, nearly 50 advocacy organizations in July sent a letter to Biden and members of Congress in which they argued that “nothing less than the future of our planet depends on ending the new Cold War between the United States and China.”