The political violence against India’s left that just occurred in Tripura, a state in the north-east, has become a normal facet of democracy in our times, writes Vijay Prashad. 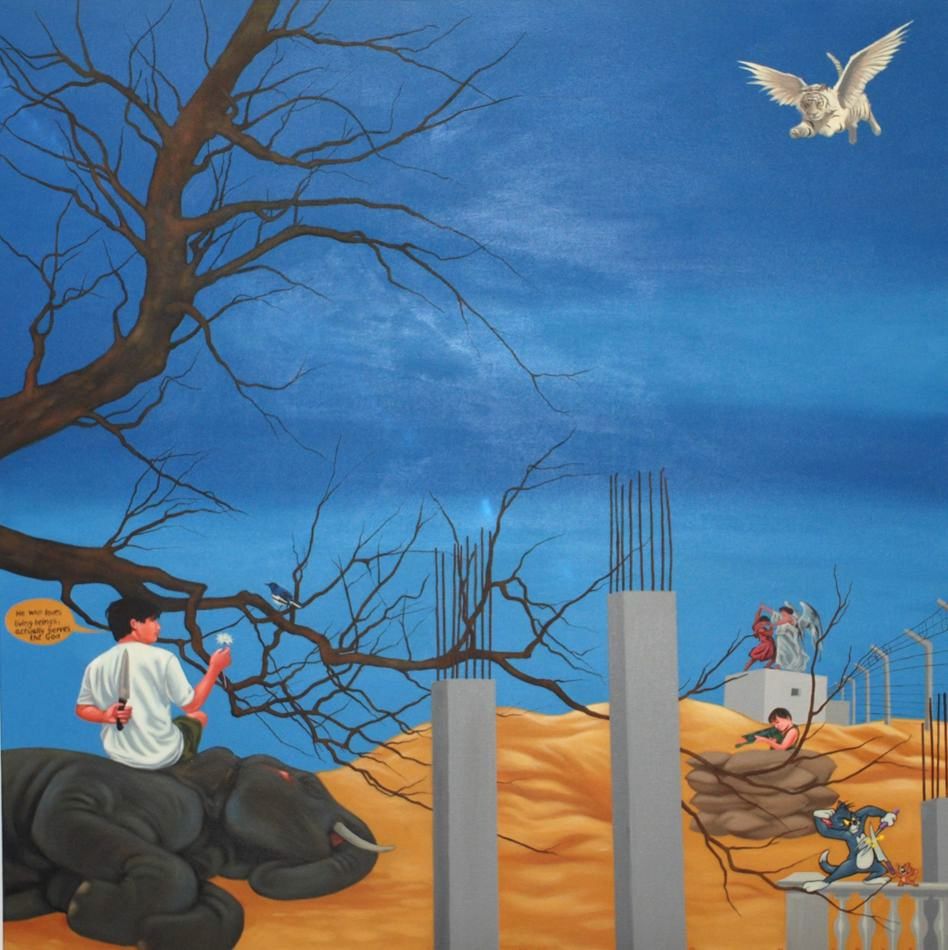 The violence took place in broad daylight as the police stood by and watched. Across Tripura, 54 other offices of the communists were attacked.

The Communist Party — CPI(M) — and the media houses had been critical of the BJP-led state government. The CPI(M) and other organizations took to the streets to protest a range of policies; these protests have drawn considerable support from the population. The CPI(M) was a key constituent of the Left Front, which governed the state from 1978 to 1988 and from 1993 to 2018. 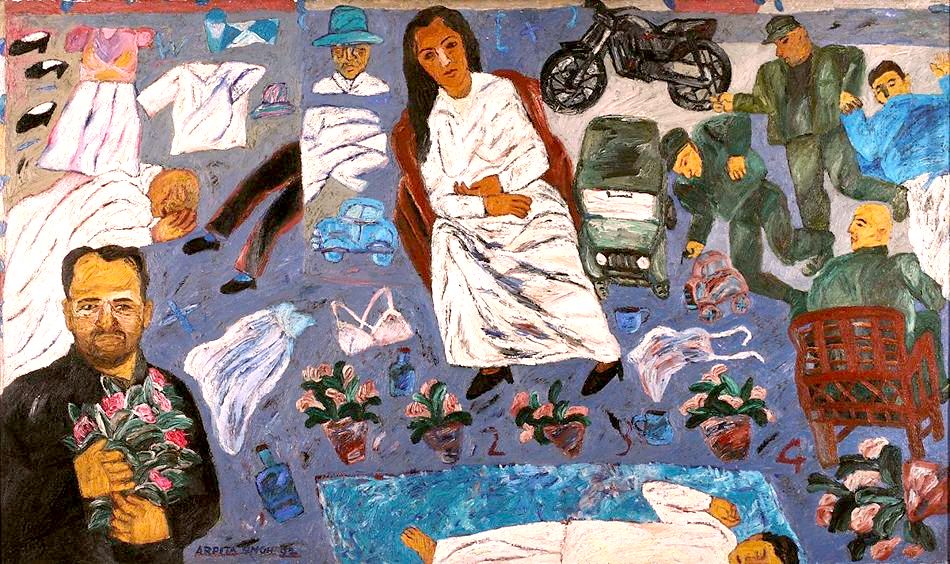 Just a few days before the attacks, former Chief Minister Manik Sarkar, who is a leader of the CPI(M), was to speak to his constituency in Dhanpur (Sepahijala).

Sensitive people and organizations from around the world, including the International Peoples Assembly, condemned the attacks on India’s Left. 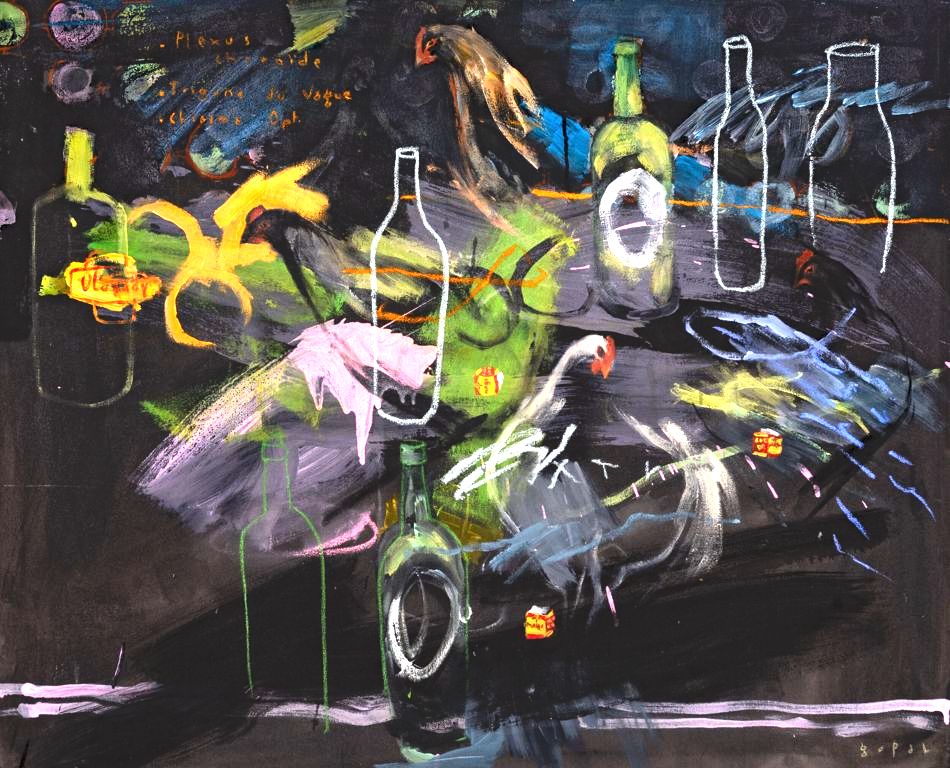 What occurred in Tripura, a state in India’s north-east of nearly 3.6 million people, has become a normal facet of democracy in our times. Political violence by the right wing against those who seek to amplify the voices of the people is now routine.

Just a few weeks before this attack in Tripura, a terrible act of violence silenced a trade union leader in South Africa. As he stood at the doorstep of the Commission for Conciliation, Mediation, and Arbitration in Rustenburg on Aug. 19, Malibongwe Mdazo was shot to death.

Mdazo, a leader of the National Union of Metalworkers of South Africa (NUMSA), had led a 7,000-worker strike against Impala Platinum Holdings, the world’s second-largest platinum producer, just a month before.

The political assassination of Mdazo came nine years after the terrible massacre in Marikana of 34 miners from the platinum mines operated by Lonmin, a British mining company.

The platinum belt in South Africa has bristled with tension not only because of the killing of Mdazo and the Marikana massacre but also because of the normal way in which the mining firms’ associates — including rival unions — settle industrial disputes through such grim violence. 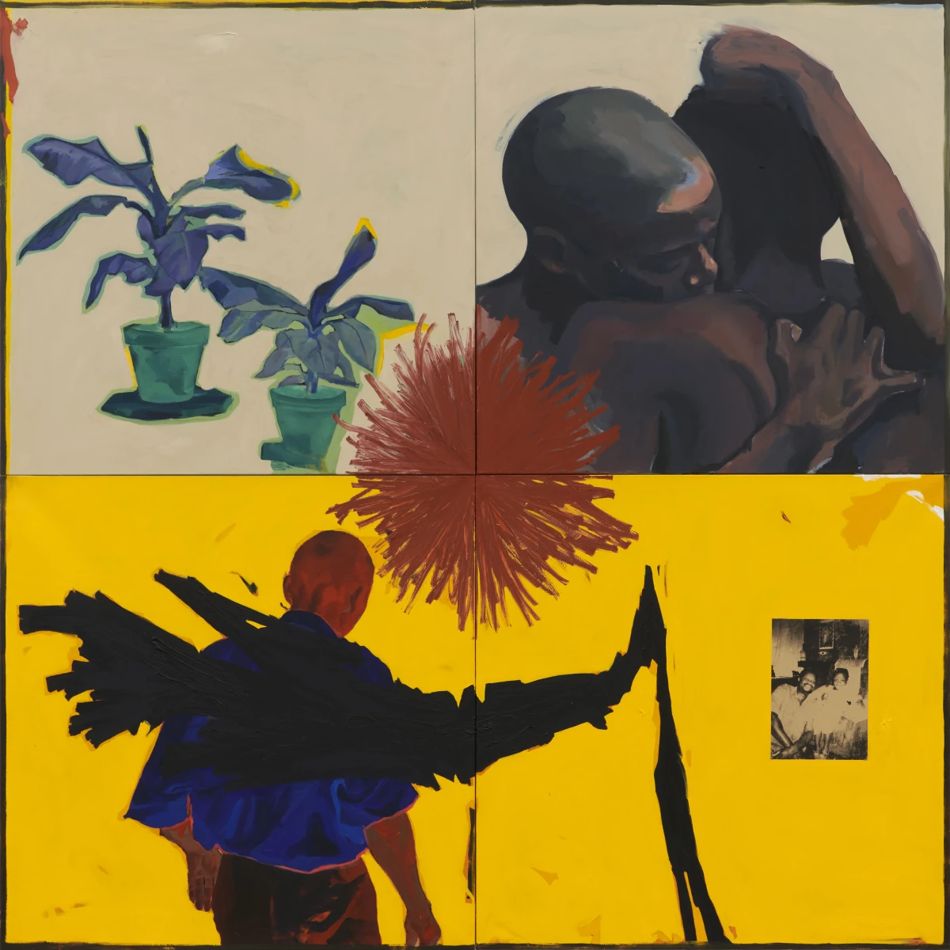 In dossier no. 31 (August 2020), “ ‘The Politic of Blood’: Political Repression in South Africa,” we catalogued the political violence that has become commonplace in South Africa. Two paragraphs from that report bear quotation:

“The assassination of trade union leaders has continued. Bongani Cola, the deputy chairperson of the Democratic Municipal and Allied Workers Union of South Africa (Demawusa), which is independent of the ANC, was assassinated in the city of Port Elizabeth on 4 July 2019.

The intersection between multinational mining companies, traditional authority, and political elites continues to result in sustained violence against anti-mining community activists. On 26 January 2020, Sphamandla Phungula and Mlondolozi Zulu were assassinated in Dannhauser, a coal mining town in rural KwaZulu-Natal. On 25 May 2020, Philip Mkhwanazi, who was both an anti-mining activist and an ANC councillor, was assassinated in the small coastal town of St. Lucia, also in KwaZulu-Natal. A month later, Mzothule Biyela survived an assassination attempt in the area governed by the Mpukunyoni Tribal Authority, also on the north coast of KwaZulu-Natal.”

These trade union activists, political leaders and community organizers are people who have the urge to lift up the confidence of the people. When these leaders are assassinated or when buildings are burnt, a light begins to flicker. Those who carry out the violence expect that the flame of resistance will die down and that the people will be cowed into submission, no longer confident in their ability to change the world.

But this is only one outcome of such political violence. The other outcome is just as likely, which is that these deaths and this violence inspire courage. Phungula, Zulu, Mkhwanazi, and now Mdazo are names that shake us, that force us to blow oxygen into the embers and rekindle the flame of rebellion. 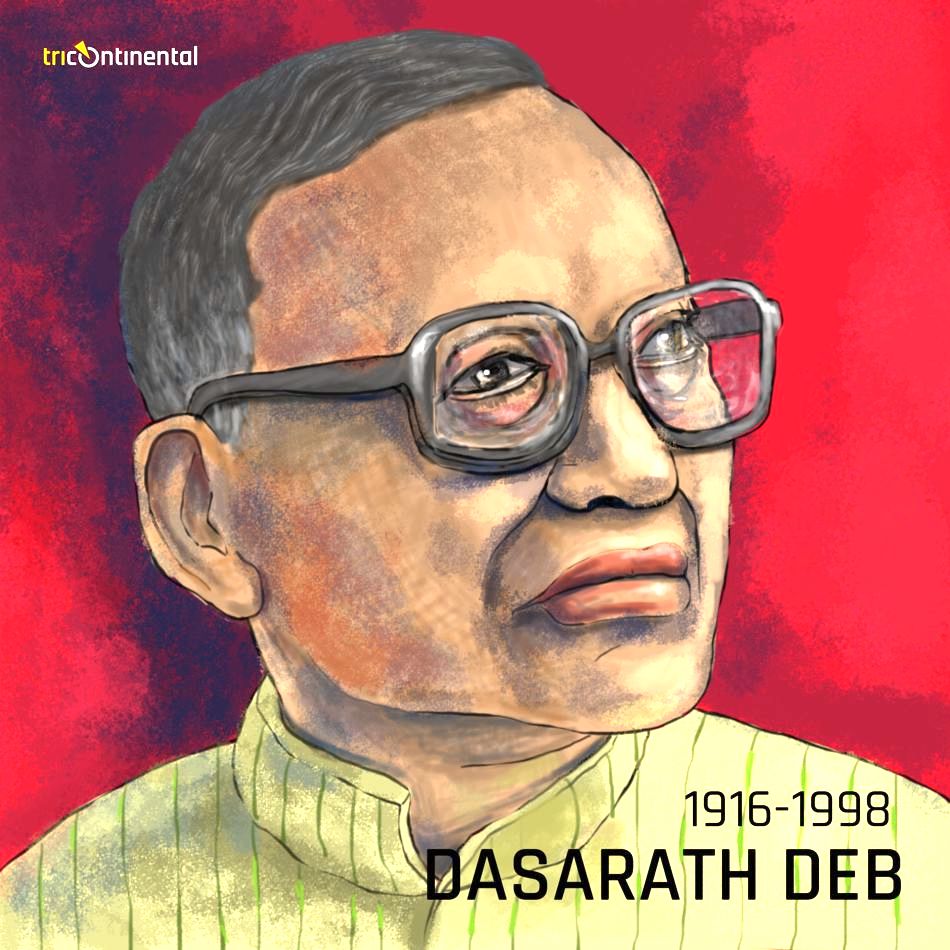 When the BJP workers attacked the CPI(M) office, they tried to break the statue of Dashrath Deb (1916-1998), who led the liberation struggle in Tripura against its last king.

Deb was born in a poor peasant family that had its roots deep in the indigenous culture of Tripura. He was a venerated communist leader who fought to democratize all aspects of life in Tripura as chief minister from 1993 to 1998.

It was thanks to the struggles led by Deb and then by the Left Front government led by Manik Sarkar that the state saw its human development advance remarkably. When the communists left office in 2018, the state’s literacy rate stood at 97 percent, helped along by the provision of universal free education (including free school books) and by a massive electrification campaign (90 percent of homes in the state have electricity). 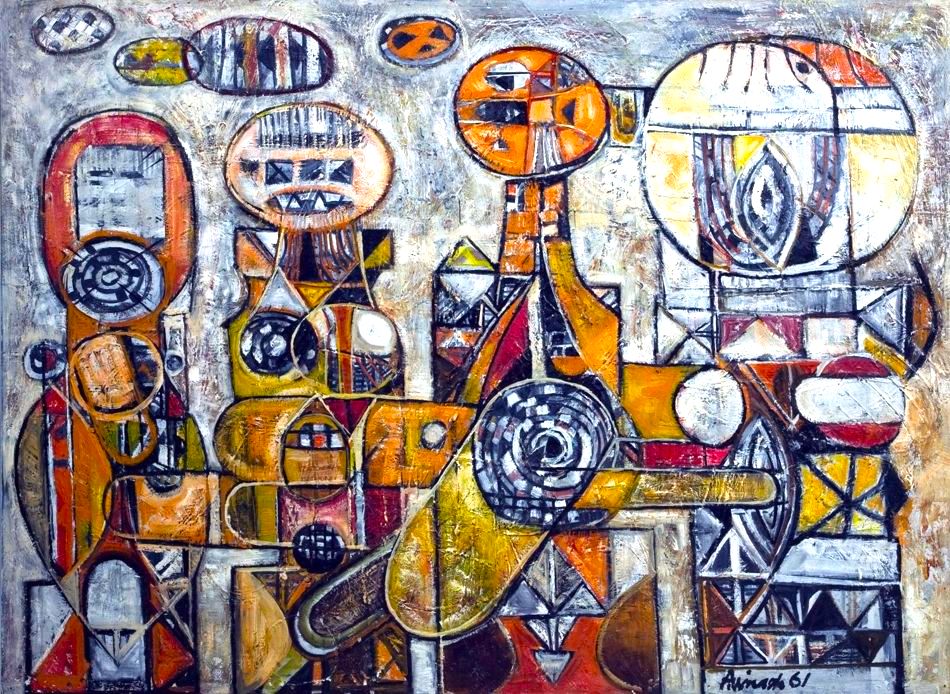 When the BJP came to power in the state, its workers broke several statues of Dashrath Deb, attacking the signposts of institutions that bore his name. That Deb was a tribal leader exhibits the animus of the BJP workers who not only want to attack the left, but also want to send a strong message to tribal groups and oppressed castes that they must hunch their shoulders in the presence of the historically powerful communities.

This is rooted in social violence, a violence against those — such as the Garifuna leaders in Honduras and the Afro-descendent leaders in Colombia —who dare to lift their chins up and build the world in their image.

A new report from Global Witness, “Last Line of Defence,” shows that a large number of indigenous activists were killed in 2020 (227, or more than four a week); half of them were in just three countries (Colombia, Mexico and the Philippines) and all of them fought to defend the dignity of humans and the integrity of nature.

One of Tripura’s great poets and communist leaders, Anil Sarkar, spent much of his literary and political career uplifting the voices and the destinies of the oppressed castes, or Dalits, in the state.

Sarkar’s powerful poetry suggested that the old social forces would no longer be able to dominate society as they once had. Not only did they have the example of the great leader Dr. B. R. Ambedkar, but they had the legacy of Karl Marx and the left. “The sound of his approaching step wakes me,” Sarkar wrote of his discovery of Marx in Marxer Prati, “and I see my land’s deprivation.”

In another of his poems, Sarker sang to Heera Singh Harijan, a Dalit, that power would not be given to him; “you, after growing up, should take it by force.”