Corporate behemoths such as Lockheed Martin, Raytheon, Boeing and General Dynamics have been hoovering up much of that money, according to this analysis. 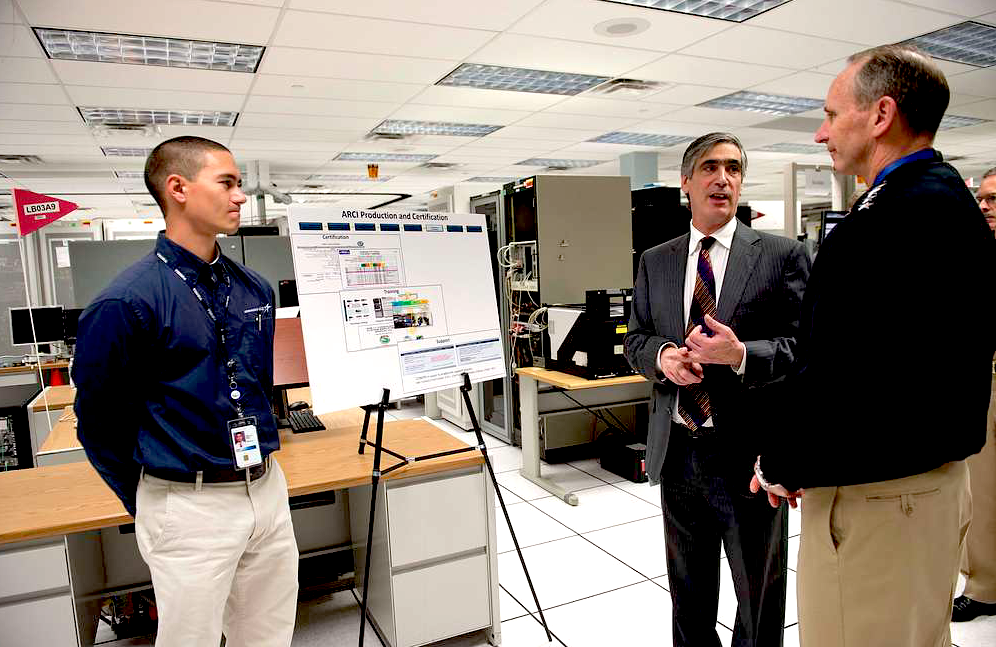 Up to half of the estimated $14 trillion that the Pentagon has spent in the two decades since the U.S. invasion of Afghanistan has gone to private military contractors, with corporate behemoths such as Lockheed Martin, Raytheon, Boeing, and General Dynamics hoovering up much of the money.

That’s according to a new paper (pdf) authored by William Hartung— director of the Arms and Security Program at the Center for International Policy —and released Monday by Brown University’s Costs of War Project.

Published just days after the 20th anniversary of the Sept. 11 attacks and two weeks after the last U.S. military plane departed Afghanistan, the paper documents the extent to which the massive post-9/11 surge in Pentagon spending benefited weapon makers, logistics firms, private security contractors and other corporate interests.

[Related: A People’s Guide to the War Industry]

“The magnitude of Pentagon spending in the wake of the 9/11 attacks was remarkable,” Hartung observes. “The increase in U.S. military spending between Fiscal Year 2002 and Fiscal Year 2003 was more than the entire military budget of any other country, including major powers like China, Russia, the United Kingdom, Germany, and France.”

According to Hartung’s analysis, from “one-third to one-half” of the Pentagon’s $14 trillion in spending since the U.S. invasion of Afghanistan on October 2001 went to defense contractors, which spend heavily on government lobbying. 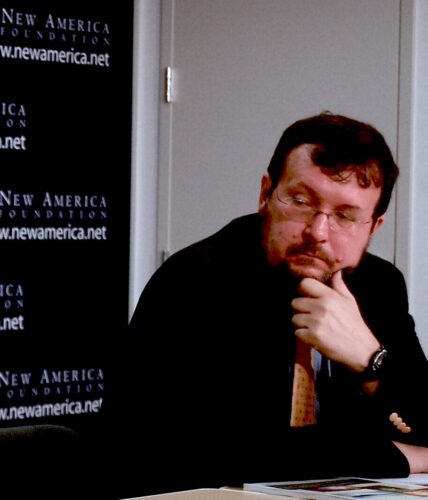 “A large portion of these contracts — one-quarter to one-third of all Pentagon contracts in recent years — have gone to just five major corporations: Lockheed Martin, Boeing, General Dynamics, Raytheon, and Northrop Grumman,” Hartung writes. “The $75 billion in Pentagon contracts received by Lockheed Martin in fiscal year 2020 is well over one and one-half times the entire budget for the State Department and Agency for International Development for that year, which totaled $44 billion.”

But those five corporate giants are far from the only companies that profited from the increase in U.S. Defense Department outlays following the Afghanistan invasion, which ultimately killed more than 46,000 Afghan civilians. Hartung notes that numerous other firms — including Erik Prince’s since-rebranded Blackwater, the Dick Cheney-tied company Halliburton, and DynCorp — benefited handsomely from the Pentagon spending boom.

“Halliburton’s Pentagon contracts grew more than tenfold from FY2002 to FY2006 on the strength of its contracts to rebuild Iraq’s oil infrastructure and provide logistical support for U.S. troops in Iraq and Afghanistan,” the new paper reads. “By 2009, over half of DynCorp’s revenues were coming from the Iraq and Afghan wars.”

Hartung argues that the Pentagon’s growing reliance on private contractors to carry out U.S. foreign policy in the aftermath of the 9/11 attacks “raises multiple questions of accountability, transparency, and effectiveness.”

“This is problematic because privatizing key functions can reduce the U.S. military’s control of activities that occur in war zones while increasing risks of waste, fraud, and abuse,” he writes. “Additionally, that the waging of war is a source of profits can contradict the goal of having the U.S. lead with diplomacy in seeking to resolve conflicts.” 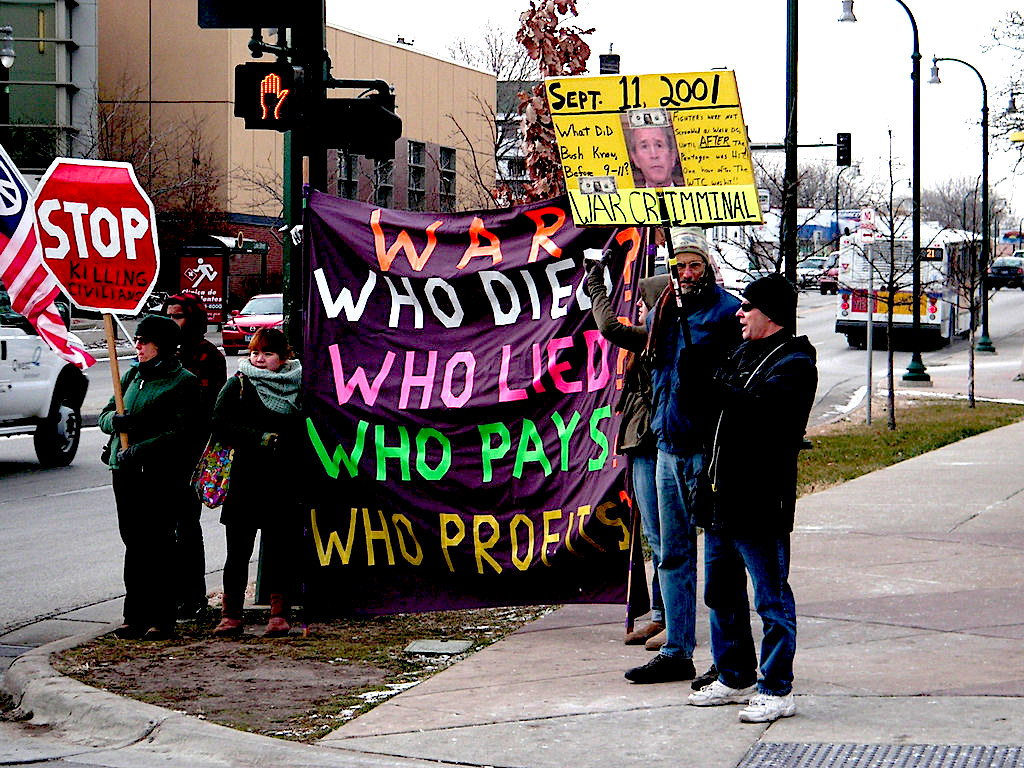 Minneapolis demonstration against the escalation of the U.S. war in Afghanistan on Dec. 5, 2009. (Fibonacci Blue, Flickr)

In order to rein in war profiteering and increase government “accountability over private firms involved in conducting or preparing for war,” Hartung recommends several broad policy changes, including:

“Reducing the profits of war ultimately depends on reducing the resort to war in the first place,” Hartung writes. “Likewise, making war less profitable decreases the incentive to go to war. Given the immense financial and human costs of America’s post-9/11 wars — and the negative security consequences generated by many of these conflicts — adopting a new, less militarized foreign policy should be a central goal of the public and policymakers alike.”

The views expressed in this article may or may not reflect those of Consortium News.