America’s failure to heed Eisenhower’s warning about the military industrial complex can be blamed on U.S. democracy itself, writes Lawrence Davidson. It was predictable. As America’s longest war — the 20-year conflict in Afghanistan — wound down, a debate over the nation’s foreign policy wound up. One might assume that is just what the country needs: a thorough public examination of its doings abroad, the motives behind them, and the results realized.

Unfortunately, this debate is a more restricted affair. As James Dorsey, an always insightful scholar and analyst, puts it, the debate consists of “a series of reports published by Washington-based think tanks populated by former government officials as well as prominent United States scholars.”

Not a lot of this is likely to reach, much less grab the attention of a public whose interest in foreign policy is minimal at best. Yet amongst the public is where a debate is most needed. After all, the way things have gone over the past 50 years, U.S. foreign policy has produced a lot of killing fields — and among the dead are Americans.

Nonetheless, it is important to look at this debate just because it is going on among those to whom policy makers pay attention. And, through such an examination, to realize that any exchange at this level of insiders is unlikely to get at the core problems of U.S. foreign policy.

Parameters of the Insider Debate

The debate is between two different schools of thought concerning the country’s commitments to foreign states and regions, especially the Middle East. The questions raised go something like this: Should such commitments be maintained in terms of the U.S. as an equal partner of allies, or should the nation pursue a “world policeman” approach? What are the comparative roles of military force and diplomacy? What are the comparative merits of anti-terrorism operations (going after Al Qaida) and anti-insurgency ones (going after the Taliban)?

Please note that these questions are mostly about tactics. There are no isolationists here, no challenges to powerful special interests like the corporations making up the military-industrial complex, no challenges to the influence of ethnic or religious special interests pressing for war with Cuba or Iran, no questioning of the current list of friends and enemies, and no questioning of American exceptionalism and world leadership.

Currently the so-called liberal side of this debate is represented by a relatively new (2019) research center named the the Quincy Institute for Responsible Statecraft (QI). It is to be noted that this institute is funded by two very rich and very different men — George Soros and Charles Koch.

QI argues that the United States should not be the world’s policeman, nor should it be in the business of “nation building.” The recent case of Afghanistan, to say nothing of Vietnam, shows that such approaches are not sustainable. Thus, the U.S. should emphasize “military restraint and diplomatic engagement and cooperation with other nations” rather than “policies that prioritize the maintenance of US global dominance through force.” The one exception here is protecting the U.S. and its allies through selective “counter-terrorism operations.” Finally, QI asserts that moving away from “dominance through force” should not be taken as a sign of U.S. “weakness and decline.” 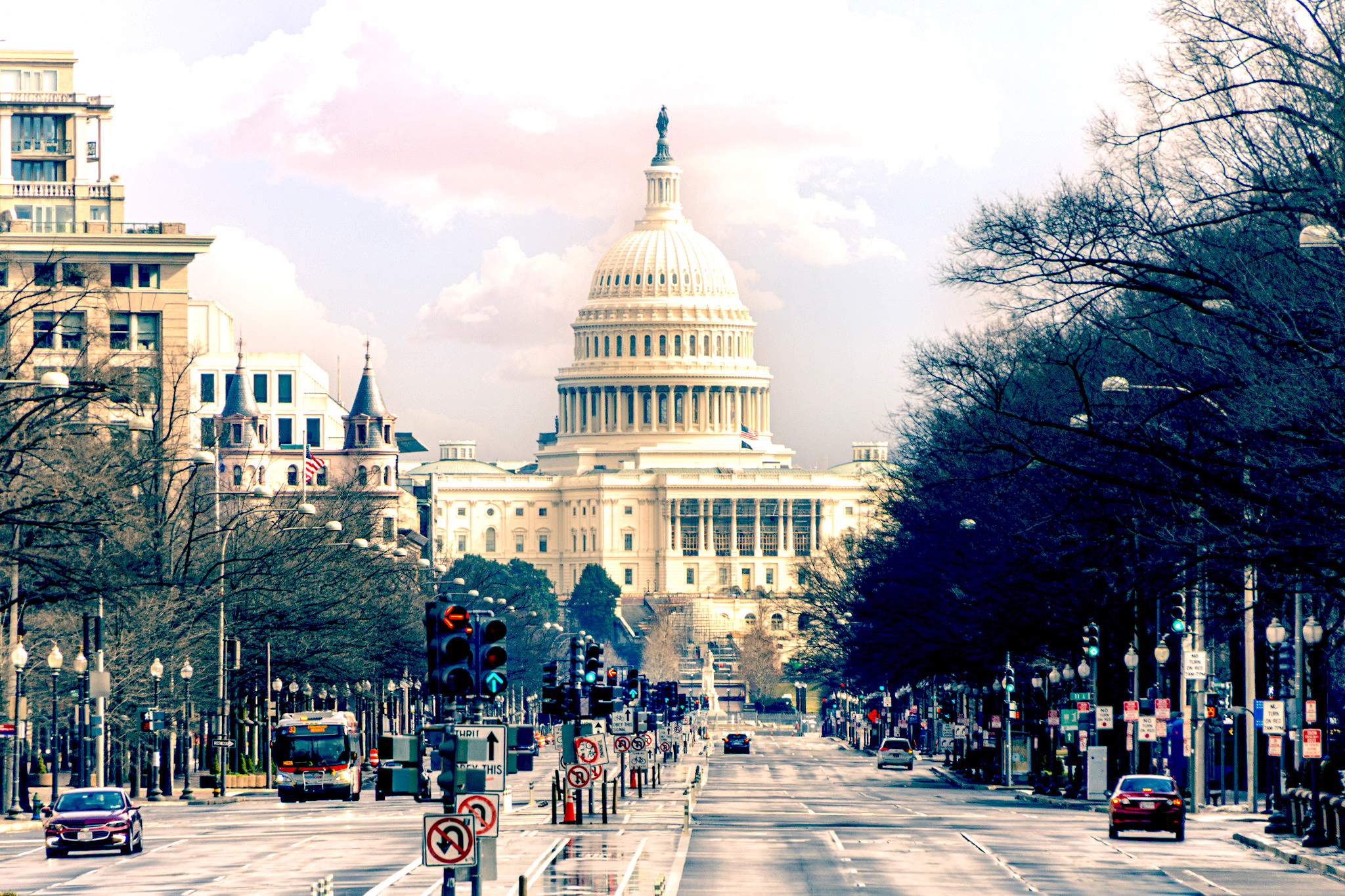 The rival position, which has been dominant over the last two decades, is represented by such organizations as the Atlantic Council and the Washington Institute for Near East Policy, as well as ex-government officials, some of whom worked for the Bush Jr. administration and advocated for the invasion of Iraq.

Their position can be summed up as follows: the ability and willingness to project military force is necessary to promote “national interests”; the world is primarily made up of friends and enemies; the U.S. must be seen as a reliable ally by one’s friends (in the Middle East this means Israel) and implacably hostile by one’s enemies (e.g., Iran); the withdrawal from Afghanistan (which over 20 years turned into an anti-insurgency campaign to protect an American installed-government), and before that the abandonment of “longtime allies” such as Hosni Mubarak of Egypt, sends the message to others that the United States is not a dependable partner; this, in turn strengthens “Russian and Chinese portrayals of the US as a decaying power that cannot be relied upon.”

Again, this is an insider debate. And, for most of those on the inside, their debating points are the only points that are real and relevant. In the process, much is left unexamined. Some of what is left out is indicated above, but encapsulating it all is the fact that the debaters never define “national interests,” nor do they pay attention to who might decide what those interests are. Doing so would lead them into a realm of special interests too entrenched and too powerful for “in-house” people to critique. Such challenges can only be made from outside the debaters’ “thought collective” (a variant of the groupthink phenomenon).

There are many other places readers can go for alternative, out-of-the-box, points of view. However, under current circumstances, one has to be careful to avoid conspiracy theories, fake news, and other forms of propaganda. My preference is for news and opinion found on the rational Left: AlterNet, Counterpunch, Op-Ed News, The Intercept, Consortium News, Daily Kos, and Democracy Now!, as well as Al Jazeera and Middle East Eye.

This being said, one might be surprised to learn that one of the early, prescient warnings of an evolving special interest capable of skewing both foreign and domestic policy to fit parochial interests came from an insider — President Dwight Eisenhower. On  Jan. 17, 1961, Eisenhower delivered his “farewell address.” In part it went as follows:

[There is a] “conjunction of an immense military establishment and a large arms industry. … The total influence [of which]—economic, political, even spiritual — is felt in every city, every state house, every office of the Federal government. We recognize the imperative need for this development. Yet we must not fail to comprehend its grave implications. Our toil, resources and livelihood are all involved; so is the very structure of our society. In the councils of government, we must guard against the acquisition of unwarranted influence, whether sought or unsought, by the military-industrial complex. … Only an alert and knowledgeable citizenry can compel the proper meshing of huge industrial and military machinery of defense with our peaceful methods and goals, so that security and liberty may prosper together.”

Essentially, Eisenhower was urging people to confront the fact that there can be special interests within the country that may represent a danger to the democratic system. Very few were moved by Eisenhower’s warning. It turned out that there was no “knowledgeable citizenry” in this regard — almost no one who was willing to think challengingly about a rising government-corporate complex that supplied a growing number of “good” jobs.

The Nature of U.S. Democracy Significantly, this failure to take heed of Eisenhower’s warning  can be blamed on American democracy itself. To realize this, one just has to understand the system properly. The United States is not a democracy of individuals, but rather of competing interest groups. This fact has skewed both the shaping and analysis of foreign policy. Here is how this comes about:

—First, the fact of natural localism. Under normal conditions, a majority of people will naturally focus on their local environment. To use a Darwinian formula, it is the local environment that supplies the majority with knowledge necessary to make useful everyday predictions, and thus a concentration on this arena has particular survival value. Therefore, even in this age of international travel, the worldwide web, and economic globalization, most of us are still, in our daily practice, village oriented.

—Second, the few exceptions. While most people are indifferent to foreign affairs, there have always been other Americans who, for various reasons (economic, ethnic, moral), are motivated to politically influence foreign policy.

—Third, the interest group process. Such motivated individuals with similar interests and goals come together and form interest groups through which they pool their financial resources, activism, and voting numbers. Then, as a lobby, they use these resources to influence politicians and government officials to shape legislation and policy to their parochial liking.

—Fourth, a bad combination. The interest group nature of our politics combined with popular indifference to foreign affairs maximizes the influence over foreign policy formulation of those lobbies that do have interests abroad.

The consequences of this process for government policy formulation are all negative:

So, to what purpose is the present insider debate on foreign policy? It is, in fact, a gambit to maintain the established, special-interest-influenced ways of doing things by restricting the discussion to tactics — occasioned by the failure of those employed in Afghanistan. And, as is the case with most “thought collectives,” it goes on unconsciously by its participants and unrecognized by a mostly ignorant public.

Under such circumstances the observation of diplomats that the United States has failed to create “defining, overarching policy” toward the Middle East and elsewhere and instead “operates on a patchwork of ideas and assumptions created at home” is accurate. And, it will stay that way, seemingly forever, despite the latest insider debate. In essence, the “patchwork of ideas and assumptions” is a logical consequence of policy made in answer to incessant lobby pressure. It is the best American interest group politics can do.

← THE ANGRY ARAB: Whatever Happened to the Ba’ath Party?
That $14 Trillion Spent by Pentagon Since 9/11 →