Rosa Miriam Elizalde reflects on U.S. restrictions on flights and remittances as a result of Biden’s continuation of Trump-era policies, which are compounding the hardships of the pandemic. 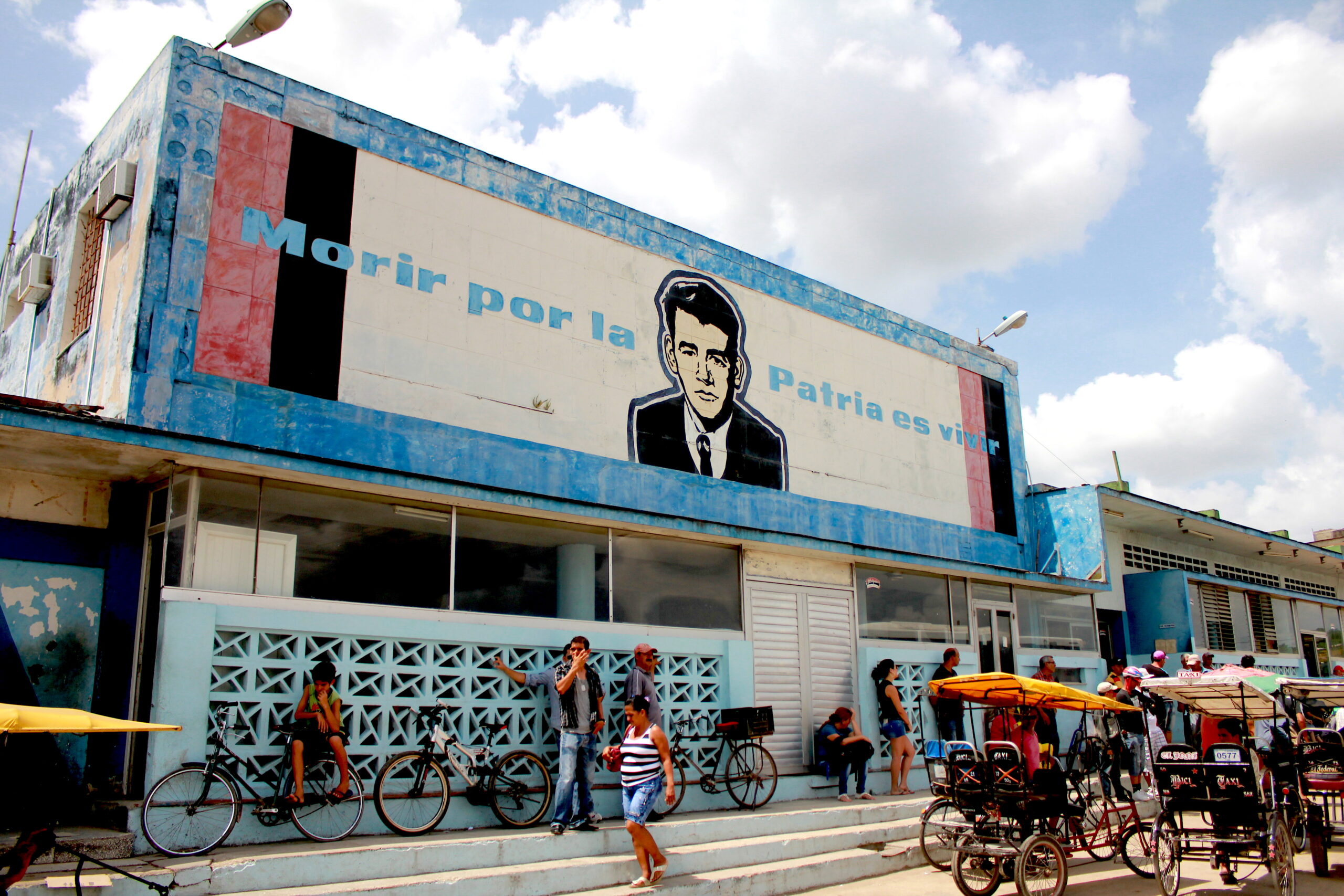 With the money she earns cleaning houses in the morning and an office at night, Virgen Elena Pupo, a 47-year-old Cuban migrant, has managed to raise her family in Washington, D.C., but has not been able to help her parents in Holguín, Cuba.

She is separated from her parents by more than 1,246 miles. In Cuba’s eastern region, Holguín has been hit hard by an increase in Covid-19 cases, but Pupo cannot visit or send money to her parents due to the restrictions on flights and remittances from the United States as a result of former U.S. President Donald Trump’s policies that President Joe Biden has continued.

On Oct. 27, 2020, a week before the U.S. presidential elections took place on Nov. 3, Trump issued his final sanction against the island. Trump included Cuban financial company Fincimex, Western Union’s main partner in the country, in the Cuban Restricted List. The pretext was that it belongs to the Cuban business corporation, Grupo de Administración Empresarial S.A.

This measure cut off the channels for sending remittances to Cuba, and Pupo’s elderly parents have not been able to receive any help amid the pandemic as a result of this move.

Fincimex issued a statement on Aug. 27 announcing delays in the delivery of remittances that arrive in Cuba from third countries due to the difficulty of finding financial institutions willing to authorize operations. The inclusion of this company in the list of restricted entities by the U.S. Treasury Department “continues to generate fears in the international banking sector about accepting operations directed to… [Fincimex] and tendencies to limit the scope of these transactions,” said the Fincimex statement.

The U.S. policy relating to remittances goes against all logic. Remittances have come to the rescue of families affected by the coronavirus all over the world. According to the World Bank, money sent by migrants to their families in “low- and middle-income countries surpassed the sum of FDI [foreign direct investment] ($259 billion) and overseas development assistance ($179 billion) in 2020.” For example, remittances grew historically in Mexico in the first six months of 2021, as La Jornada recently reported. They reached $23.6 million, which is 22 percent more than the remittances received during the same period in 2020.

“As Covid-19 still devastates families around the world, remittances continue to provide a critical lifeline for the poor and vulnerable,” said Michal Rutkowski, global director of the Social Protection and Jobs Global Practice at the World Bank.

The regular remittances that poor Latin American migrants send to their families have become vital to many of the region’s economies. Generally, it’s the working poor who send small sums of money, sometimes up to eight times a year, usually sending more money than they earn during the year.

For years, remittances have been one of Mexico’s main sources of foreign exchange, and remittances form close to or more than 20 percent of the gross domestic product of Honduras, El Salvador and other countries in Central America. They protect millions of people.

Motorist passing a mural in Havana in undated photo. “Abajo el bloque,” or “Down with the blockade.” (Desmond Boylan, CC-BY, Flickr)

Why do migrants do it? Why do they make sacrifices and send money back to their home countries? Surveys say that the explanation for this grand gesture of solidarity, with enormous macroeconomic impact, lies above all in supporting the institution of family. Migrants send money out of moral inspiration and loyalty to their parents, siblings, children, and nieces and nephews.

In a 2006 study on remittances and their imprint on the Cuban family, researcher Edel Fresneda Camacho recognized that this type of aid is not intended for productive investment. “It constitutes an important source of income for the recipient families, [for] their consumption and saving capacity, and implies an improvement in living conditions,” which in the case of Cuba includes the possibility of investing in a small private business.

Camacho and other researchers have given an account of the manipulative forays of the U.S. government on this front.

In the 1990s, during the crisis known in Cuba as the “Special Period,” the United States reinforced the economic siege. Former U.S. President Bill Clinton prohibited remittances from August 1994 to 1998 except under strictly humanitarian conditions: illness or in cases of people with official immigration permission.

Former U.S. President George W. Bush imposed even more cruel restrictions, allowing only visits to the island once every three years if the person visiting had very close relatives in Cuba — aunts, uncles and cousins were not considered “family.”

Even then, remittances managed to continue reaching the island. That is, until now. Without Western Union offices, without the possibility of shipments by DHL, with banks being intimidated and flights being suspended to all provinces, except for those very limited to Havana, Pupo can only hope that her elderly parents can survive the pandemic without any help from her. And she prays every day for common sense to prevail among those making policies in the White House, which is located just two blocks away from the office she cleans at night with the stubborn will to keep her loved ones afloat.

Rosa Miriam Elizalde is a Cuban journalist and founder of the site Cubadebate. She is vice president of both the Union of Cuban Journalists (UPEC) and the Latin American Federation of Journalists (FELAP). She has written and co-written several books including Jineteros en la Habana and Our Chavez. She has received the Juan Gualberto Gómez National Prize for Journalism on multiple occasions for her outstanding work. She is currently a weekly columnist for La Jornada of Mexico City.