Two recent instances of “force and precision” ordered by Biden marked the presumed end to the war in Afghanistan just as it had begun, writes Brian Terrell. 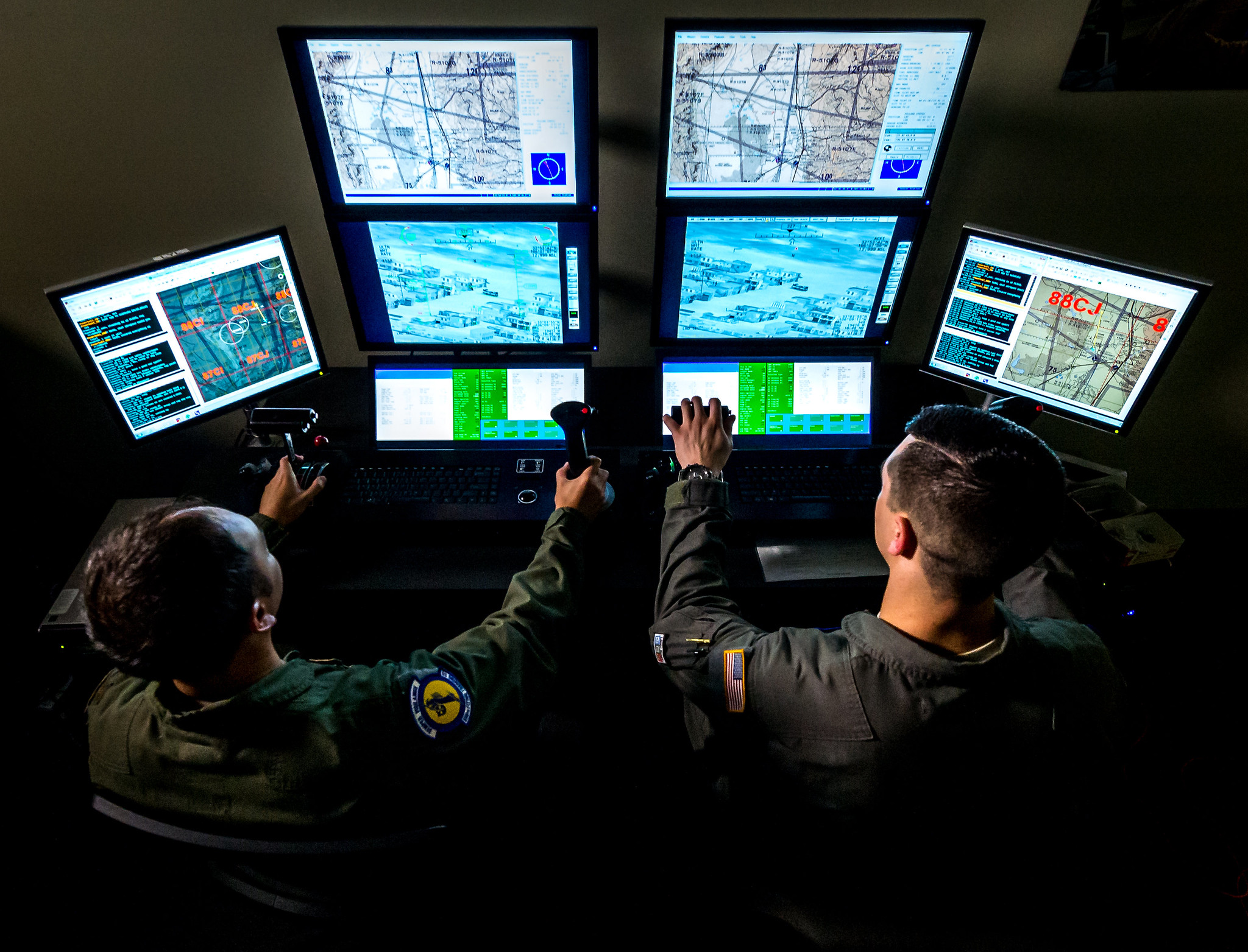 Speaking from the White House on Aug. 31, President Joe Biden lied to the people of the U.S. and to the world: “Last night in Kabul, the United States ended 20 years of war in Afghanistan — the longest war in American history.” The U.S. war on Afghanistan did not end — it has only adapted to technological advances and morphed into a war that will be more politically sustainable, one more intractable and more easily exportable.

As the president admitted, “We will maintain the fight against terrorism in Afghanistan and other countries.  We just don’t need to fight a ground war to do it.  We have what’s called over-the-horizon capabilities, which means we can strike terrorists and targets without American boots on the ground—or very few, if needed.”

Five days before, on the evening of Thursday, Aug. 26, hours after a suicide bomb was detonated at the gate of Kabul’s Hamid Karzai International Airport killing and wounding scores of Afghans trying to flee their country and killing 18 U.S. soldiers, President Biden spoke to the world, “outraged as well as heartbroken,” he said. Many of us listening to the president’s speech, made before the victims could be counted and the rubble cleared, did not find comfort or hope in his words. Instead, our heartbreak and outrage were only amplified as Joe Biden seized the tragedy to call for more war.

“To those who carried out this attack, as well as anyone who wishes America harm, know this: We will not forgive. We will not forget. We will hunt you down and make you pay,” he threatened. “I’ve also ordered my commanders to develop operational plans to strike ISIS-K assets, leadership and facilities. We will respond with force and precision at our time, at the place we choose and the moment of our choosing.”

The president’s threatened “moment of our choosing” came one day later, on Friday, Aug. 27, when the U.S. military carried out a drone strike against what it said was an ISIS-K “planner” in Afghanistan’s eastern Nangarhar province. The U.S. military’s claim that it knows of “no civilian casualties” in the attack is contradicted by reports from the ground.

“We saw that rickshaws were burning,” one Afghan witness said. “Children and women were wounded and one man, one boy and one woman had been killed on the spot.” Fear of an ISIS-K counterattack further hampered evacuation efforts as the U.S. embassy warned U.S. citizens to leave the airport. “This strike was not the last,” said Biden. On Aug. 29, another U.S. drone strike killed a family of 10 in Kabul.

The first lethal drone strike in history occurred in Afghanistan on Oct. 7, 2001, when the CIA identified Taliban leader Mullah Omar, “or 98-percent probable it was he,” but the Hellfire missile launched by a Predator drone killed two unidentified men while Mullah Omar escaped. 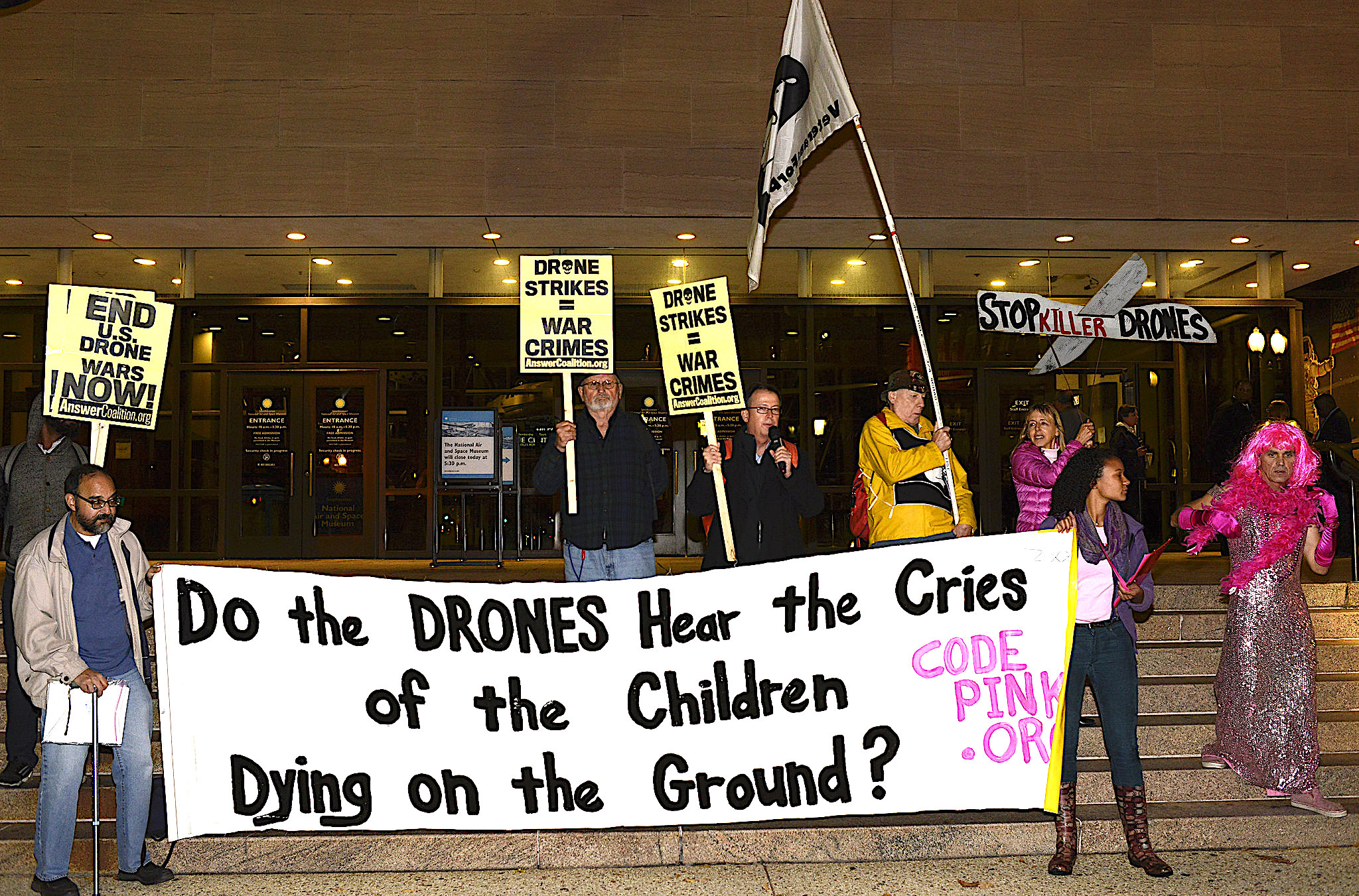 These two recent instances of “force and precision” ordered by Biden 20 years later marked the presumed end to the war there just as it had begun. The intervening record has not been much better and, in fact, documents exposed by whistleblower Daniel Hale prove that the U.S. government is aware that 90 percent of its drone strike victims are not the intended targets.

Zemari Ahmadi, who was killed in the Aug. 29 drone strike in Kabul along with nine members of his family, seven of them young children, had been employed by a California based humanitarian organization and had applied for a visa to come to the U.S., as had Ahmadi’s nephew Nasser, also killed in the same attack. Nasser had worked with U.S. Special Forces in the Afghan city of Herat and had also served as a guard for the U.S. consulate there.

Whatever affinity the surviving members of Ahmadi’s family and friends might have had with the U.S. went up in smoke, that day. “America is the killer of Muslims in every place and every time,” said one relative who attended the funeral, “I hope that all Islamic countries unite in their view that America is a criminal.” Another mourner, a colleague of Ahmadi, said “We’re now much more afraid of drones than we are of the Taliban.”

The fact that targeted killings like those carried out in Afghanistan and other places from 2001 to the present are counterproductive to the stated objectives of defeating terrorism, regional stability or of winning hearts and minds has been known by the architects of the “war on terror,” at least since 2009.

Thanks to WikiLeaks, we have access to a CIA document from that year, “Making High-Value Targeting Operations an Effective Counterinsurgency Tool.” Among the “key findings” in the CIA report, analysts warn of the negative consequences of assassinating so-called high-level targets (HLT). “The potential negative effect of HLT operations, include increasing the level of insurgent support …, strengthening an armed group’s bonds with the population, radicalizing an insurgent group’s remaining leaders, creating a vacuum into which more radical groups can enter, and escalating or de-escalating a conflict in ways that favor the insurgents.” 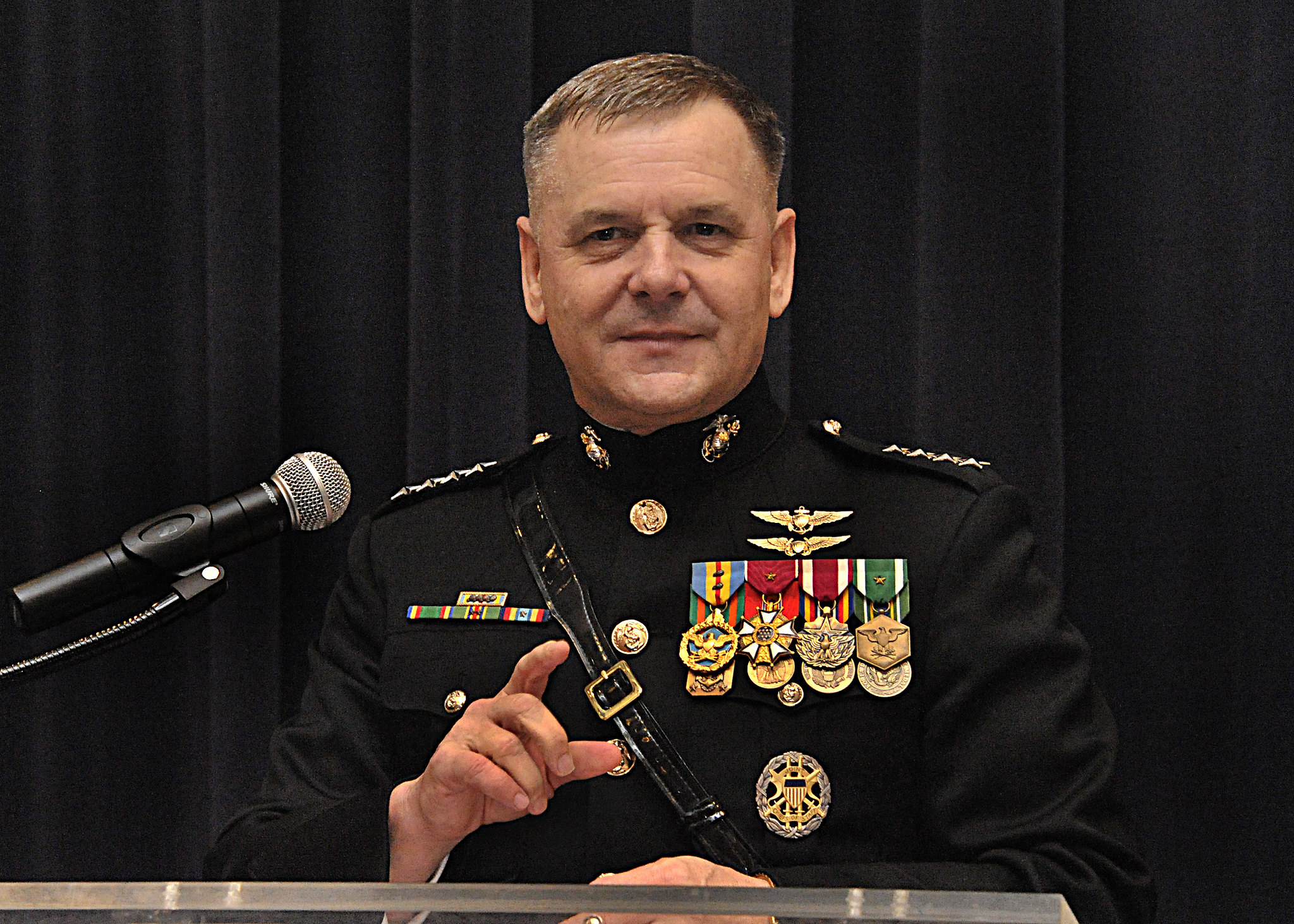 James E. Cartwright in 2011, while serving as vice chairman of the Joint Chiefs of Staff. (DoD, Mamie Mae Burke)

The obvious truths that the CIA kept buried in a secret report have been admitted many times by high-ranking officers implementing those policies. In 2013, General James E. Cartwright, the former vice chairman of the Joint Chiefs of Staff told the Chicago Council on Global Affairs, reported in The New York Times, “We’re seeing that blowback. If you’re trying to kill your way to a solution, no matter how precise you are, you’re going to upset people even if they’re not targeted.”

In a 2010 interview in Rolling Stone, General Stanley McChrystal, then commander of U.S. and NATO forces in Afghanistan, figured that “for every innocent person you kill, you create 10 new enemies.” By the general’s equation, the U.S. created a minimum of 130 new enemies for itself in the strikes that Biden ordered on Aug. 27 and 29 alone.

When the catastrophic consequences of a nation’s policies are so clearly predictable and evidently inevitable, they are intentional. What has happened to Afghanistan is not a series of mistakes or good intentions gone awry, they are crimes.

In his novel, 1984, George Orwell foresaw a dystopian future where wars would be fought perpetually, not intended to be won or resolved in any way and President Dwight Eisenhower’s parting words as he left office in 1961 were a warning of the “grave implications” of the “military-industrial complex.”

WikiLeaks founder Julian Assange noted that these dire predictions had come to pass, speaking in 2011: “The goal is to use Afghanistan to wash money out of the tax bases of the U.S. and Europe through Afghanistan and back into the hands of a transnational security elite. The goal is an endless war, not a successful war.”

No, the war is not over. From a nation that should be promising reparations and begging the forgiveness of the people of Afghanistan comes the infantile raging, “We will not forgive. We will not forget. We will hunt you down and make you pay” and while pledging to perpetuate the conditions that provoke terrorism, the parting taunt “and to ISIS-K: We are not done with you yet.”

In the simplistic dualism of U.S. partisan politics, the issue seems to be only whether the current president should be blamed or should be given a pass and the blame put on his predecessor. This is a discussion that is not only irrelevant but a dangerous evasion of responsibility. Twenty years of war crimes makes many complicit.

In 1972, Rabbi Abraham Joshua Heschel wrote: “Morally speaking, there is no limit to the concern one must feel for the suffering of human beings. Indifference to evil is worse than evil itself, [and] in a free society, some are guilty, but all are responsible.”

Everyone in the U.S. — the politicians, voters, tax payers, the investors and even those who protested and resisted it —are responsible for 20 years of war in Afghanistan. They are also all responsible for ending it.

Brian Terrell is an Iowa based peace activist who has spent more than six months in prison for protesting targeted assassinations at U.S. military drone bases.

← US Airstrikes & Civilian Killings Since 9/11
COVID-19: The Money That Never Arrives in Cuba →