Assistant U.S. Attorney Gordon Kromberg went after Daniel Hale and leads the extradition case against Julian Assange. People should know what he and other prosecutors can really be like. 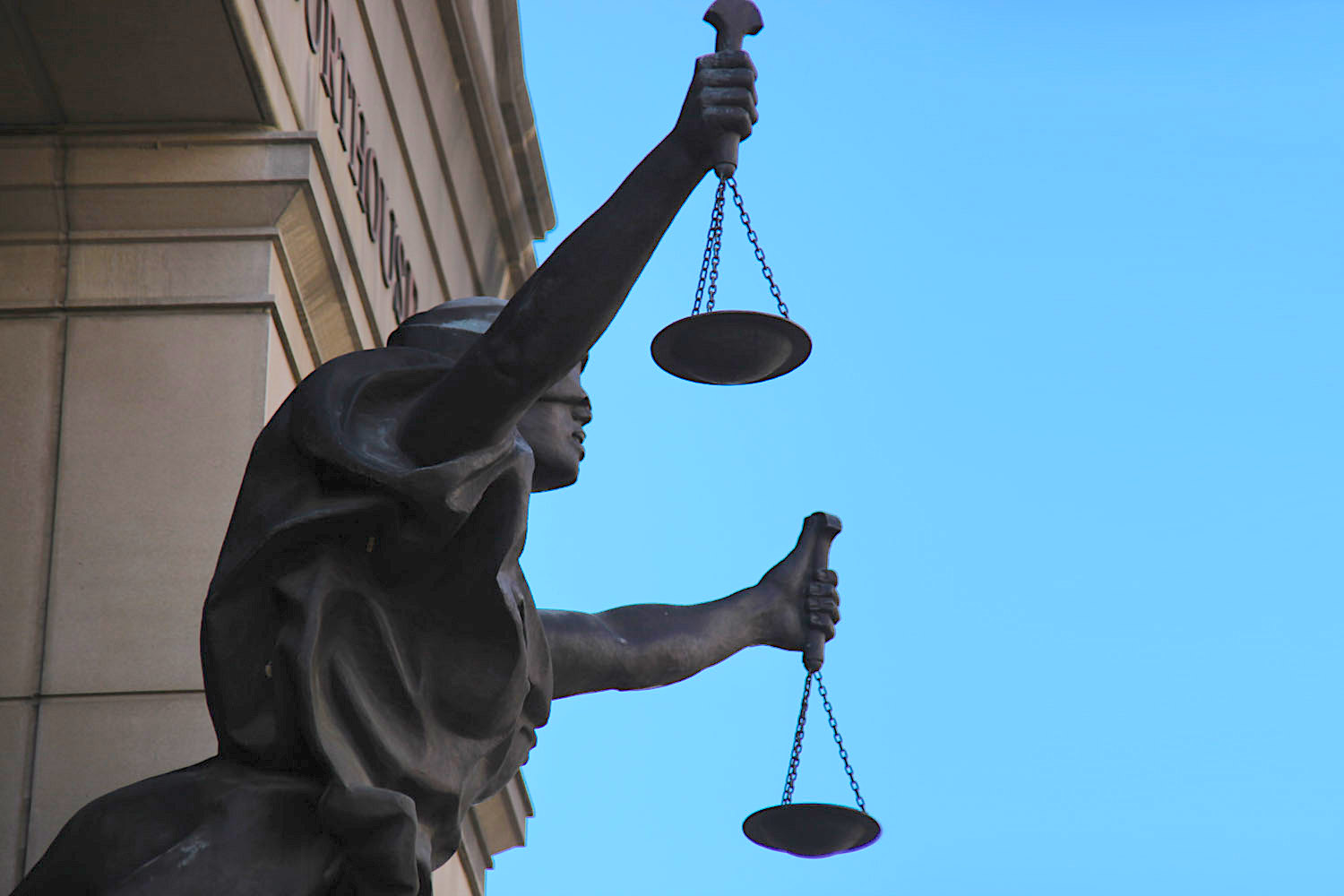 For the past two weeks I’ve been ruminating about the prosecution of drone whistleblower Daniel Hale, who was sentenced on July 27 in the Federal District Court for the Eastern District of Virginia in Alexandria. He was given 45 months in prison.

With good behavior and drug and alcohol counseling, it’ll end up being closer to 18 months.

I was in the courtroom and witnessed the sentencing and the vindictive behavior of the prosecutor, Assistant U.S. Attorney Gordon Kromberg, who acted as though Hale’s case was a personal slight. Kromberg is also the prosecutor who has feverishly led the extradition case against Julian Assange.

There is a myth about prosecutors fighting for justice. But people should know what prosecutors can really be like.

It’s not about “justice.”  It’s about collecting trophies.  And remember, an inordinate number of them go on to be partners in major national law firms or become candidates for Congress or governor.

In Hale’s case, prosecutors were seeking nine years on just one espionage charge.  There were four remaining espionage charges for which he was awaiting trial.  In the end, the judge issued a sentence of 45 months and dismissed the remaining charges with prejudice, meaning that they could not be brought again. 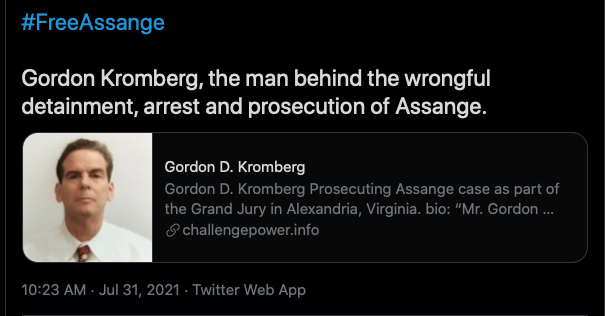 Hale contended that prosecutors had withheld exculpatory information from the defense.  He argued that he blew the whistle on the drone program because he was morally outraged by it.  It had caused him, in his own mind, to be nothing more than the murderer of innocents.

“I am here because I stole something that was never mine to take — precious human life,” Hale told U.S. District Judge Liam O’Grady at his sentencing. “I couldn’t keep living in a world in which people pretend that things weren’t happening that were. Please, your honor, forgive me for taking papers instead of human lives.”

The prosecution’s “theory” was that Hale, a former Air Force intelligence analyst, “leaked” information about the program to The Intercept because he wanted to “ingratiate himself with journalists.”  The contention was absurd, and the judge wasn’t buying it.

Prosecutors are human beings, of course, just like anybody else.  They’re competitive.  They’re sometimes dishonest.  And sometimes they’re willing to break the law or violate legal ethics to get that conviction.  Just look at the case of former Sen. Ted Stevens (R-AK).

The Case of Ted Stevens 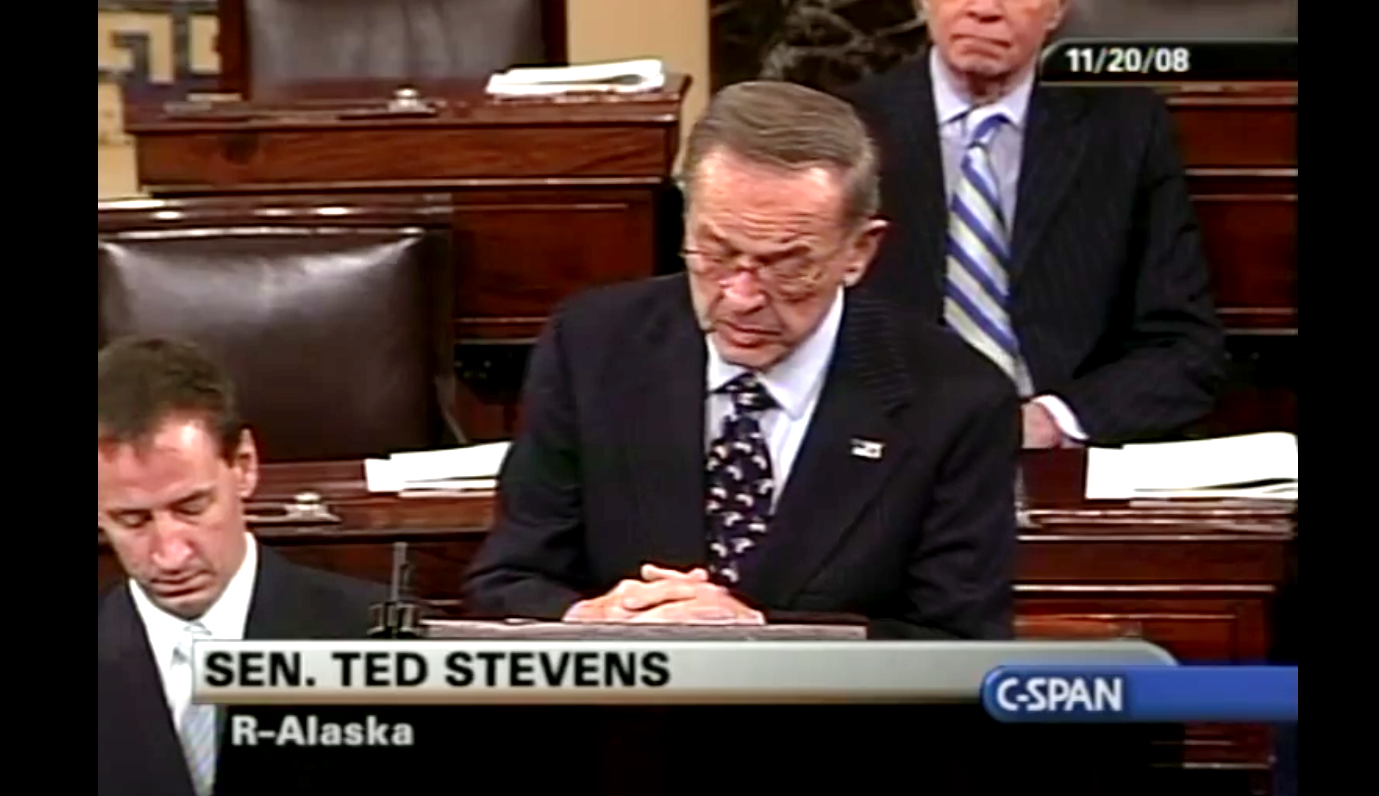 Stevens was one of the most powerful and important senators in modern history.  He served in the U.S. Senate from 1968 to 2009, becoming president pro tempore of the Senate and chairman of the Senate Armed Services Committee.  At the time of his retirement, he was the longest-serving Republican senator in U.S. history.

Near the end of that career, Stevens found himself afoul of the Justice Department.  Accused of failing to report official gifts and then lying to investigators about it, he was charged with seven felony counts of making a false statement.  Stevens was adamant that he had reported the gifts and had done nothing wrong.  He refused to take a plea and went to trial, where he was found guilty on all seven counts.

Stevens knew he was innocent and his attorney, the famed Brendan Sullivan, successfully petitioned the judge to open an inquiry into the Justice Department’s behavior in the case and its failure to turn over exculpatory evidence, including a handwritten note from Stevens to an oil company executive who paid for renovations to Stevens’s house saying, “Send me a bill.  We have to do this ethically.”

In 2009, a year before Stevens’s death in a plane crash, a federal judge vacated the conviction.  By then, Stevens had lost his senate seat and his reputation, all due to government misconduct.  Before he could be disciplined, prosecutor Nicholas Marsh committed suicide.

Prosecutorial misconduct is common.  Just ask anybody who’s been prosecuted.  But rarely does anything come of it.  What happened to Stevens after his “conviction” is exceedingly rare.  But every once in a while, there is justice.  Consider the Duke University lacrosse case, the Michael Morton murder trial, and the Eric McDavid eco-terrorism case as examples.

During my own sentencing, the prosecutors said that I did not blow the whistle because I was opposed to torture. With the same line they tried to use against Hale, they said I was trying to ingratiate myself with the media and trying to build a consulting business. It was ludicrous.

When Judge Leonie Brinkema announced that she would accept my 11 C1c plea, which was written in stone, she said that she believed I was seeking wealth in consulting and added, “This sentence is way too short. I wish I could give you the maximum.”

When it was my turn to speak, I said that the government’s “theory” was made up because they couldn’t accept the fact that somebody had spoken publicly about crimes being committed by the government. All they had to do, I said, to see that their theory was bogus, was to look at my bank account, which had nothing in it.

But don’t take it from me about prosecutors. Listen to former Supreme Court justice and former Attorney General Robert Jackson, who said:

“The prosecutor has more control over life, liberty, and reputation than any other per son in America. His discretion is tremendous. He can have citizens investigated and, if he is that kind of person, he can have this done to the tune of public statements and veiled or unveiled intimations. Or the prosecutor may choose a more subtle course and simply have a citizen’s friends interviewed.

The prosecutor can order arrests, present cases to the grand jury in secret session, and on the basis of his one-sided presentation of the facts, can cause the citizen to be indicted and held for trial.

He may dismiss the case before trial, in which case the defense never has a chance to be heard. Or he may go on with a public trial. If he obtains a conviction, the prosecutor can still make recommendations as to sentence, as to whether the prisoner should get probation or a suspended sentence, and after he is put away, as to whether he is a fit subject for parole.

While the prosecutor at his best is one of the most beneficent forces in our society, when he acts from malice’ or other base motives, he is one of the worst.“

If not for a fair judge, Hale would have been the victim of that malice.