A new order among nations does not imply some kind of Orwellian Oceania — a globally homogenized superstate, the grotesque dream of liberal cosmopolitans. 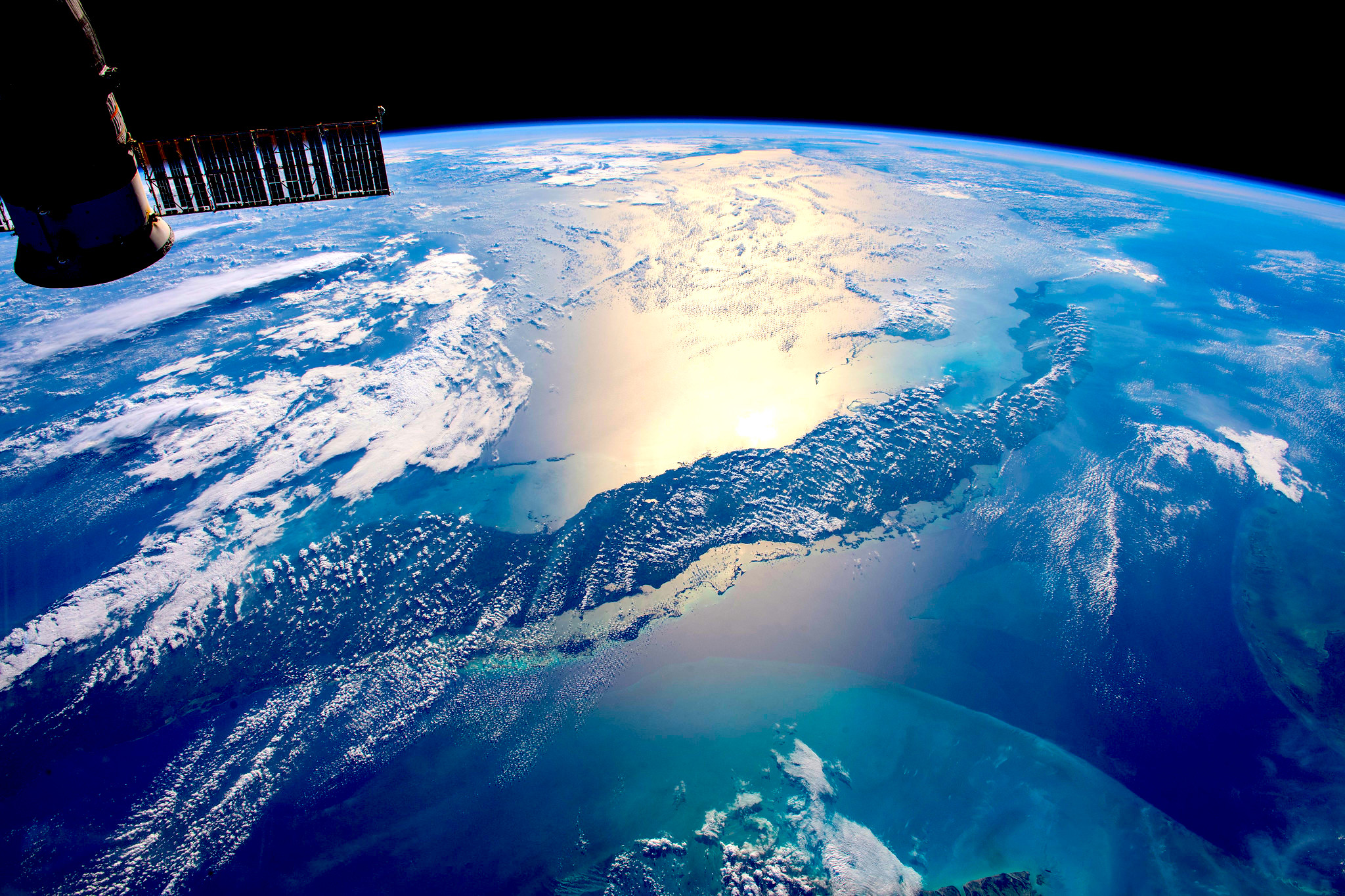 You have to applaud — and read carefully into — the events that followed Washington’s latest attempt to subvert the Republic of Cuba by way of a collective of disaffected artists called the San Isidro Movement. Look thoughtfully enough into what transpired in the immediate aftermath of this weirdly conceived violation of Cuban sovereignty and you see the embryonic makings of an emergent, post–American world order. Note the acorn, await the oak: This is how we ought to view our moment.

The daylong protests that erupted in various Cuban cities on July 11 had a strange reek about them even in mainstream news reports. The crowd counts were exaggerated, pro-government, counter-demonstrations ignored. CNN ran pictures of supporters of the revolution and blurred their placards to cast them as dissidents; one photograph shot in Miami’s conservative Cuban community was captioned to suggest it was in Cuba.

At this point, anyone who still takes the American press and broadcasters as other than propaganda operations is possessed of some childlike need to believe the things we all heard in our fifth-grade civics classes.

The hard-line Biden regime leapt to the occasion. “The U.S. stands firmly with the people of Cuba as they assert their universal rights,” the president declared with his usual grandiosity — “the Cuban people and their clarion call for freedom,” the man from Scranton would have you know. 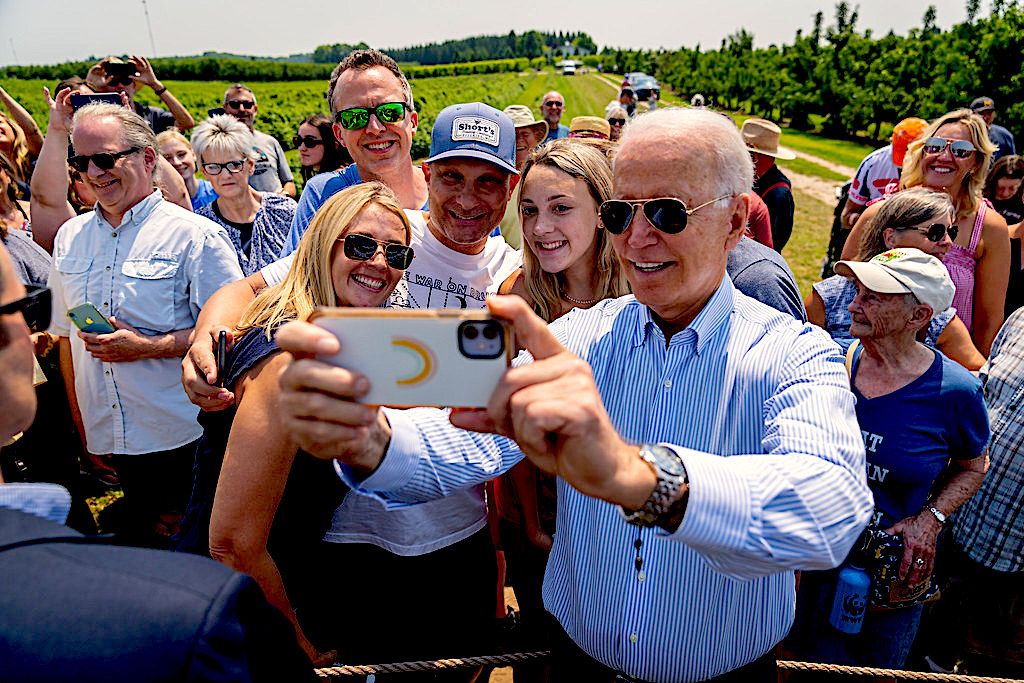 There were no clarion calls, as was quickly evident. This was a regime-change op of the perfectly typical kind since the CIA handed the coup function over to Boy Scouty civil society organizations and what’s-not-to-like NGOs. No more exploding cigars and Bay of Pigs disasters in the Keystone Kops mode. It is subterfuge from within the social fabric now. See Ukraine. See Nicaragua. See Venezuela.

Max Blumenthal at The Grayzone gave us a singularly fine report exposing the soiled hands of the Agency for International Development (now headed by Samantha Power, heaven help the non–Western world) and the infamous National Endowment for Democracy. AID and NED, Blumenthal reported, have been sending groups such as San Isidro millions of dollars for several years.

See what I mean by “reek?” Here is Blumenthal’s take-home insight, not to be missed:

“The strategy implemented by the U.S. in Cuba is a real-life version of the fantasies anti–Trump Democrats entertained when they fretted that Russia was covertly sponsoring Black Lives Matter and Antifa to spread chaos through North American society.”

Remember, “We are the people our parents warned us against”? Turn this old thought inside-out and you have Max’s point.

O.K., another episode of American lawlessness, and it is a measure of the growing importance of independent media that we are now able to see into these operations more or less as they are mounted. But of equal significance is what transpired in the days after the San Isidro Movement had its day in the Cuban sun. 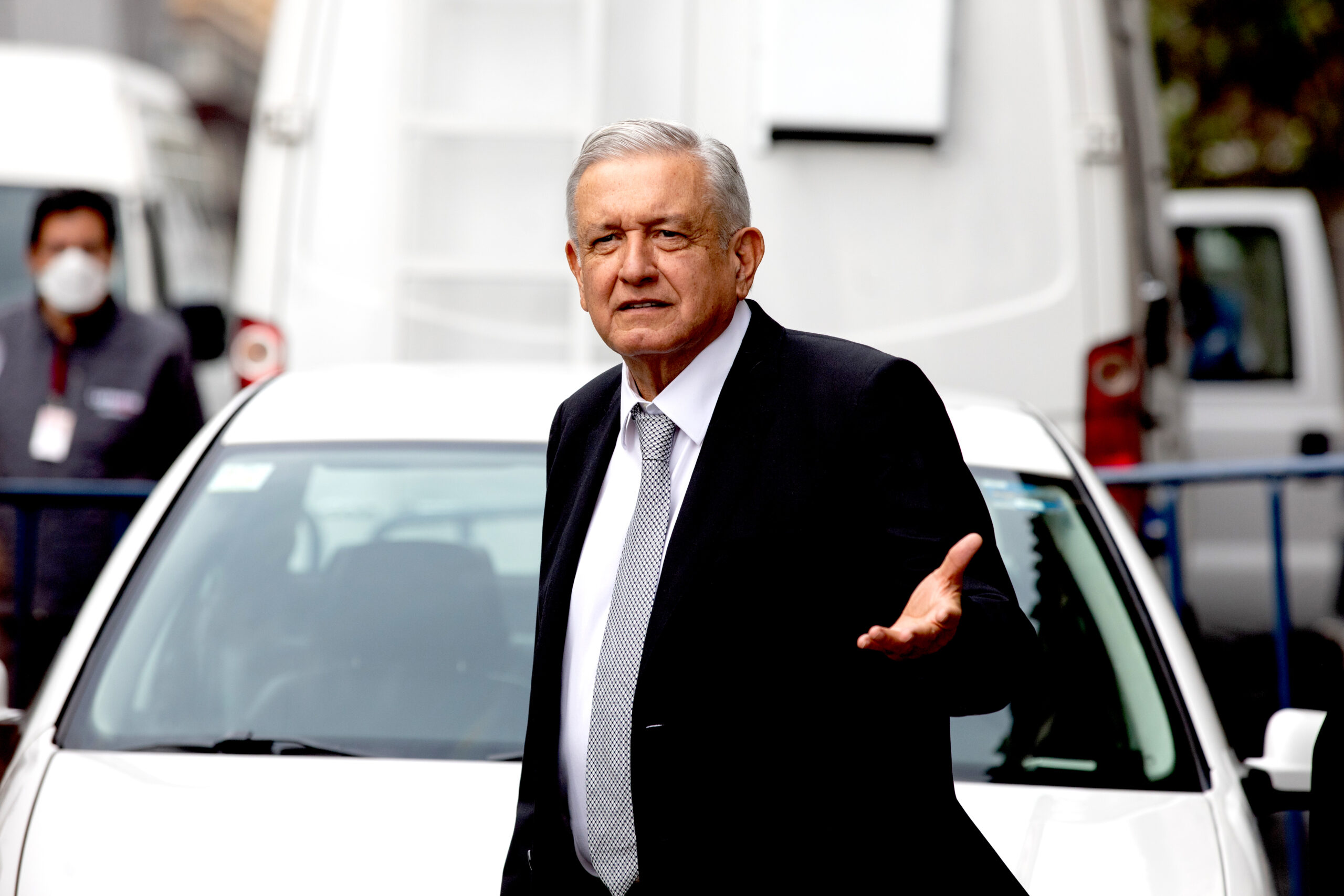 “In coming days, very soon our people, our Government, will send to the people and government of that sister, Cuba, inspiration of so many free beings in the world, a ship with Nicaraguan food.”

The poor take care of the poor, as the French say.

There are other developments in this line. Peru’s just-elected president, Pedro Castillo Terrones, pledged that his government will no longer observe the U.S. blockade of Venezuela. López Obrador just repudiated the Organization of American States, a farcically corrupt instrument of the State Department, and called for replacing it with a “truly autonomous” institution of Latin America’s making.

“The proposal is to build something similar to the European Union, but attached to our history, reality, and identities,” AMLO explained in a July 26 speech marking Símon Bólivar’s birthday.

Something is happening here, Mr. Jones, and it is not too difficult to know what it is. Context is in order — the kind our corporate press assiduously avoids. 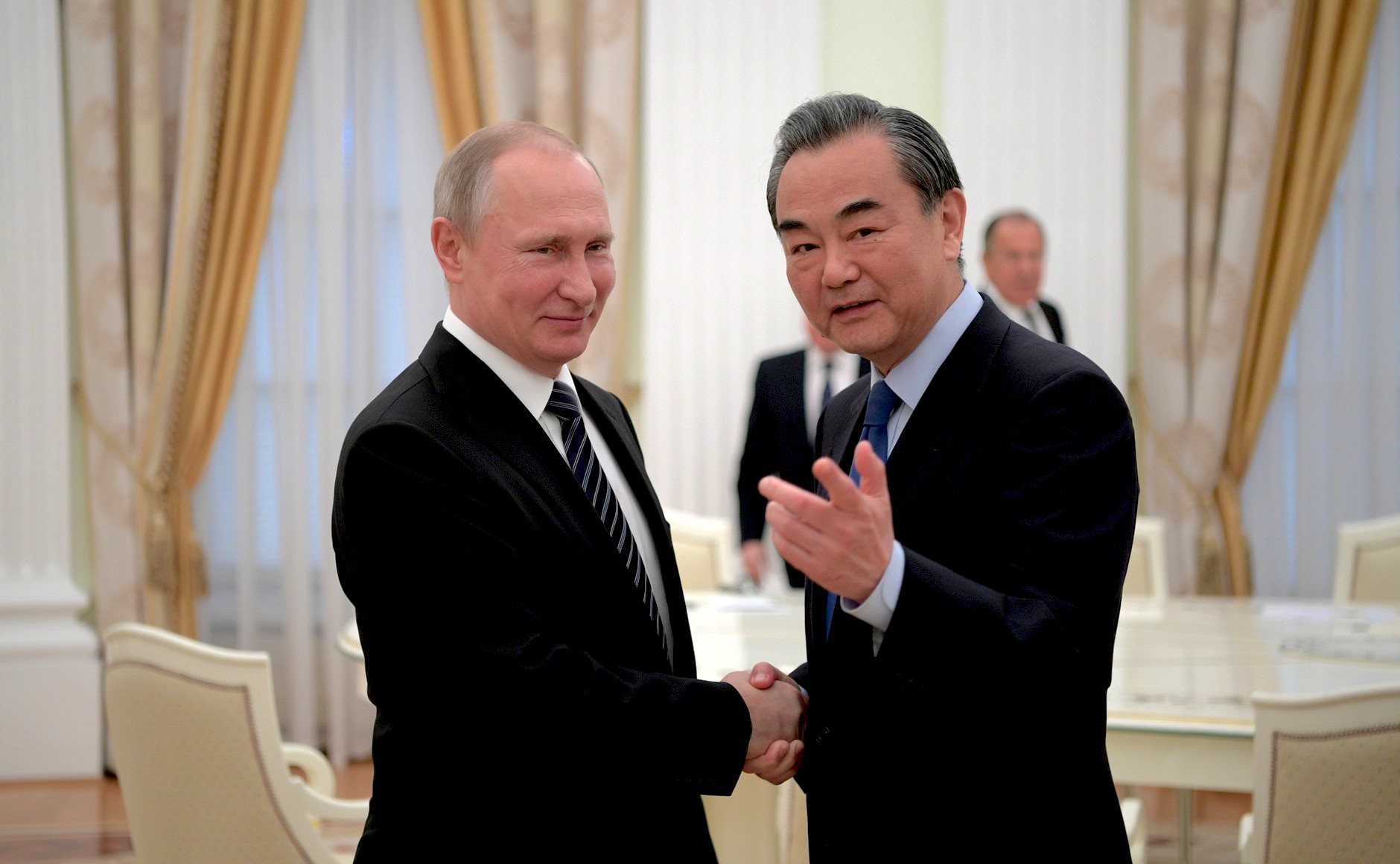 It has been evident for some time that China and Russia, the non–West’s most powerful nations, have grown impatient with the U.S. regime of sanctions against them and others, as well as interventions, subterfuge (of the kind we have just witnessed in Cuba), propaganda ops and all the rest that causes one to think, as they must in Moscow and Beijing, that subversion is not merely an adjunct of U.S. foreign policy: For nations determined to live beyond Washington’s imperial hegemony, subversion is U.S. policy.

Meanwhile, Sino–Russian relations wax ever closer to a declared alliance — to a large extent in  response to U.S. conduct. Russia is de-dollarizing its trade and its foreign reserves in favor of the yuan, the euro and the yen. This is partly to protect itself against further U.S. sanctions and partly in recognition that the dollar as the world’s reserve currency is the foundation stone of American power.

Russia and China are steadily expanding the proportion of bilateral trade denominated in yuan. Let us not exaggerate: This is no match to the dollar by volume, but the percentages are not to be dismissed. The yuan’s share of Sino–Russian trade was 3.1 percent at the time of the U.S.–backed coup in Ukraine seven years ago; last year it was 17.5 percent.

Russia continues to defend Damascus against the long-running regime-change operation Biden has just pledged to sustain. It is early days yet and Syria remains too messy to work with, but China appears to be planning a key role in its reconstruction — the reconstruction the Biden administration is openly committed to blocking — in part to bring the Arab Republic into its Belt and Road Initiative.

China is now buying Iranian oil in direct contravention of American sanctions. On March 21, it signed a 25–year, $400 billion agreement to assist the Islamic Republic to develop its infrastructure — roads, bridges, rails, electricity grids, and so on — and build out its petroleum-related industries. Iran is now sending freighters laden with oil and oil products to Venezuela — another middle finger to the Americans.

The trend I describe gathers momentum very steadily. The only way one can miss it at this point is to confine one’s reading to the mainstream dailies, which rarely report any of it. 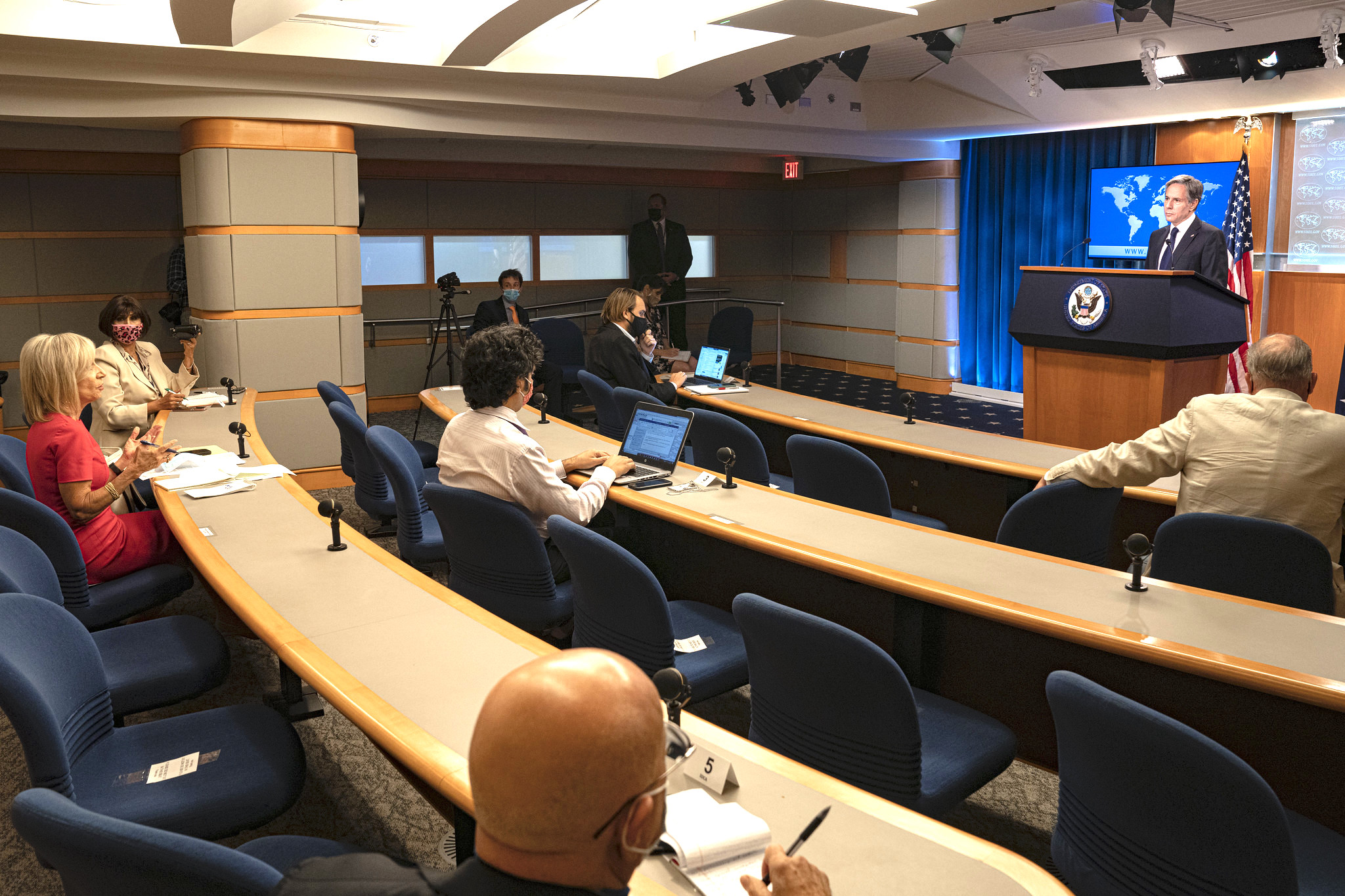 The March 21 date mentioned above is to be noted. It was but a few days previously that Antony Blinken purported to scold Chinese Foreign Minister Wang Yi on this, that and the other in the name of America’s ungifted secretary of state’s obsession with “the rules-based international order” — code, of course, for American hegemony.

That disastrous encounter, well documented by now, was in Anchorage. And it has been from Anchorage onward that China (along with Russia in response to Biden’s “he’s a murderer” remark leveled at President Vladimir Putin) has more or less openly given up all efforts to accommodate our fading empire. If the construction of a world order independent of American influence has been discernible for some time, China’s commitment to this project has been impossible to miss post–Anchorage.

Wang has had a calamitous encounter with Wendy Sherman, Blinken’s equally unmindful No. 2, since the Alaska meltdown. And the Chinese foreign minister seems to have taken the gloves altogether off this time. Here is one remark he made two days after meeting Sherman in Tianjin, as quoted in an excellent account published in the South China Morning Post:

“The United States always wants to exert pressure on other countries by virtue of its own strength, thinking that it is superior to others. I would like to tell the U.S. side that there has never been a country in this world that is superior to others, nor should there be, and China will not accept any country claiming to be superior to others. If the United State has not learned to get along with other countries on an equal footing by now, then it is our responsibility, together with the international community, to give the U.S. a good tutorial in this regard….”

These sentences are worth careful study. They are an excellent primer in just what the post–American order is destined to look like. There are two features of this to note straight off the top.

One, I have suggested previously in this space that Zhou Enlai’s Five Principles, first articulated in the early 1950s and adopted by the Non–Aligned Movement shortly thereafter, will emerge in our time as those by which the non–West will gradually construct a post–American order. You don’t have to take my word for it now (assuming you did): You have Wang Yi’s.

Mutual respect for territorial integrity and sovereignty, nonaggression, noninterference in the internal affairs of others, equality, peaceful coexistence: These were Premier Zhou’s fundamentals, and every single one of them is implicit in Wang’s remarks. 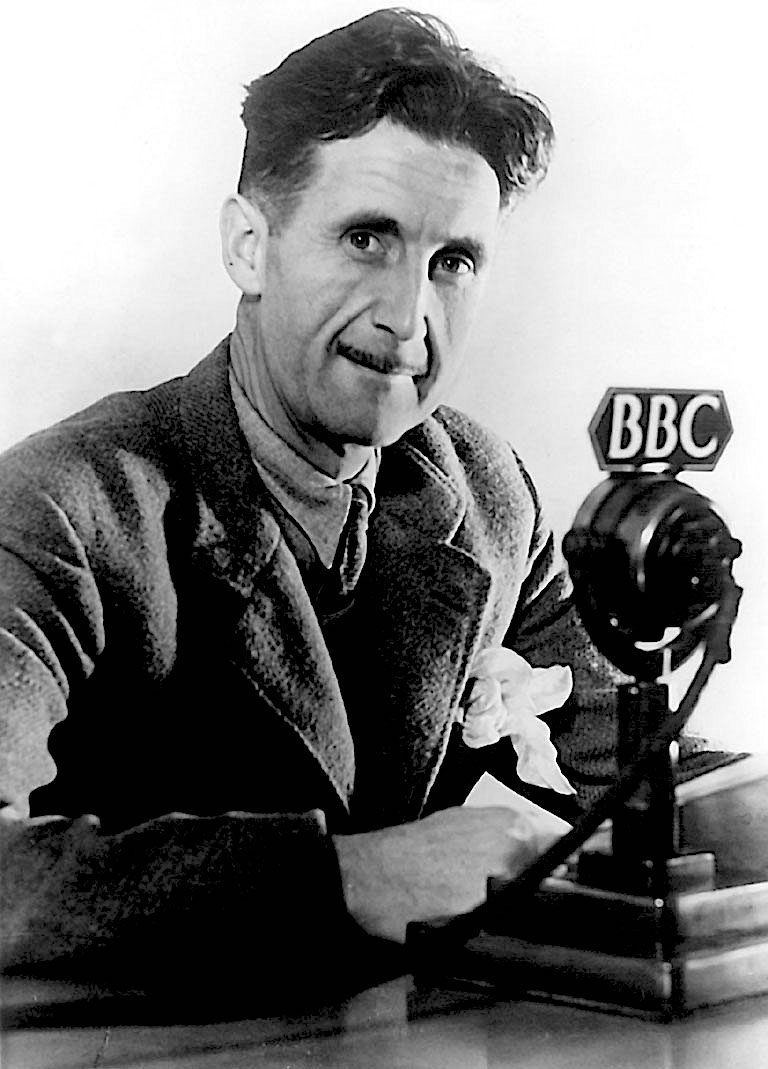 Two, nobody wants to listen to America’s Newspeak any longer — except, of course, Times-reading, NPR–addicted Americans. A new order among nations does not imply some kind of Orwellian Oceania — a globally homogenized superstate, the grotesque dream of liberal cosmopolitans.

No, it is to be made up of nations in recognition that the nation-state, for all its defects and inadequacies, its vulnerability to corruption and misguided conduct, is a frame within which citizens can understand themselves and make their voices heard.

“You can understand the present age only when it is past,” Han Suyin, the noted novelist and physician, once wrote. Han was borrowing the thought from Hegel, surely: “The owl of Minerva spreads it wings only with the falling of dusk.” We can understand the day only when the day is done, Hegel and Han thought.

I admire both writers in one or another way, but I am not with them on this point. We have now entered a passage in history that will warrant its capital “H” in due course—of this I am certain. We can see this passage unfold well enough if we look.

As a general rule, when cap “H” history is being made the future is not going to resemble the past. But I do not think this is the case in our time. Think about Wang and Zhou again. What is proposed is nothing more than what was well on the way to realization during the first postwar decades — until America’s lunge for global primacy disrupted it and the Cold War’s binaries resulted.

There is reassuring symmetry here. What America’s lunge for global hegemony nearly extinguished now returns as America’s imperial pretenses hollow out. Wise, humane heads (none to be assigned papal infallibility, none without flaws) got something salutary nearly done once; not so wild to think the wise and humane among us (ditto) can get it truly done now — especially given the non–West’s accumulating influence.

López Obrador said something interesting when he was making his case for a new Latin American organization that puts the OAS, thoroughly mangled by the policy cliques in Washington, in the past: “What is proposed here may seem utopian. However, it must be considered that without the horizon of ideals, we get nowhere, and therefore it is worth trying.”

Pertinent the world over, I would say.