The former U.S. Air Force intelligence analyst is the first person to face sentencing for an Espionage Act offense during the administration of President Joe Biden.

Attorneys for drone whistleblower Daniel Hale — who faces sentencing this week after pleading guilty earlier this year to violating the Espionage Act — on Thursday submitted a letter to Judge Liam O’Grady in which the former Air Force intelligence analyst says a crisis of conscience drove him to leak classified information about the U.S. targeted assassination program.

The 11-page handwritten letter (pdf) begins with a quote from U.S. Admiral Gene La Rocque, who said in 1995 that “we now kill people without ever seeing them. Now you push a button thousands of miles away… Since it’s all done by remote control, there’s no remorse.”

“It is not a secret that I struggle to live with depression and post-traumatic stress disorder,” the 33-year-old Hale wrote in the letter. “Depression is a constant… Stress, particularly stress caused by war, can manifest itself at different times and in different ways.”

“The first time that I witnessed a drone strike came within days of my arrival to Afghanistan,” Hale recounted. “Early that morning, before dawn, a group of men had gathered together in the mountain ranges of Patika province around a campfire carrying weapons and brewing tea. That they carried weapons with them would not have been considered out of the ordinary in the place I grew up, much less within the virtually lawless tribal territories outside the control of the Afghan authorities.”

“Except that among them was a suspected member of the Taliban, given away by the targeted cell phone device in his pocket,” he wrote. “As for the remaining individuals, to be armed, of military age, and sitting in the presence of an alleged enemy combatant was enough evidence to place them under suspicion as well.”

Daniel Hale's letter in his sentencing proceedings, on the trauma of war and how his conscience compelled him to inform the American people https://t.co/SaTpizr2vu pic.twitter.com/2pItkYKKJc

In 2012 — the same year that Hale deployed to Afghanistan to support the U.S. Defense Department’s Joint Special Operations Task Force and was responsible for identifying, tracking, and targeting “high-value” terror suspects — the New York Times reported then-President Barack Obama, who dramatically increased U.S. drone strikes in the so-called War on Terror, “embraced a disputed method for counting civilian casualties” that effectively “counts all military-age males in a strike zone as combatants.”

Critics condemned the policy as an attempt by the administration to artificially lower the war’s civilian casualty figures — which by then already numbered in the hundreds of thousands, with most victims killed during former President George W. Bush’s tenure.

Daniel Hale is a champion of democracy. We have no way of holding our government accountable for what we don't know about. Hale brought the public need-to-know information.

Hale will be sentenced next week. Sign the petition asking the judge for leniency:https://t.co/lXjLmw7vKi

“Despite having peacefully assembled, posing no threat, the fate of the now tea drinking men had all but been fulfilled,” Hale continued. “I could only look on as I sat by and watched through a computer monitor when a sudden, terrifying flurry of hellfire missiles came crashing down, splattering purple-colored crystal guts on the side of the morning mountain.”

“I could only look on as I sat by and watched through a computer monitor when a sudden, terrifying flurry of hellfire missiles came crashing down.”

“Since that time and to this day, I continue to recall several such scenes of graphic violence carried out from the cold comfort of a computer chair,” he wrote. “Not a day goes by that I don’t question the justification for my actions. By the rules of engagement, it may have been permissible for me to have helped to kill those men — whose language I did not speak, customs I did not understand, and crimes I could not identify — in the gruesome manner that I did.”

“But how could it be considered honorable of me to continuously have laid in wait for the next opportunity to kill unsuspecting persons, who, more often than not, are posing no danger to me or any other person at the time?” Hale asked. “Never mind honorable, how could it be that any thinking person continued to believe that it was necessary for the protection of the United States of America to be in Afghanistan and killing people, not one of whom present was responsible for the September 11th attacks on our nation. Notwithstanding, in 2012, a full year after the demise of Osama bin Laden in Pakistan, I was a part of killing misguided young men who were but mere children on the day of 9/11.”

It wasn’t just men. Hale continued, describing what he called the most harrowing day of his life:

“For weeks we had been tracking the movements of a ring of car bomb manufacturers living around Jalalabad… It was a windy and clouded afternoon when one of the suspects had been discovered… A drone strike was our only chance and already it began lining up to take the shot. But the less advanced Predator drone found it difficult to see through clouds and compete against strong headwinds.

The single payload MQ-1 failed to connect with its target, instead missing by a few meters. The vehicle, damaged, but still drivable, continued on ahead after narrowly avoiding destruction.

The driver stopped, got out of the car, and checked himself as though he could not believe he was still alive. Out of the passenger side came a woman wearing an unmistakable burka… And in the back were their two young daughters, ages 5 and 3 years old…. The eldest was found dead due to unspecified wounds caused by shrapnel that pierced her body. Her younger sister was alive but severely dehydrated.”

“Whenever I encounter an individual who thinks that drone warfare is justified and reliably keeps America safe, I remember that time and ask myself how could I possibly continue to believe that I am a good person, deserving of my life and the right to pursue happiness,” wrote Hale, who said he became “increasingly aware that the war had very little to do with preventing terror from coming into the United States and a lot more to do with protecting the profits of weapons manufacturers and so-called defense contractors.” 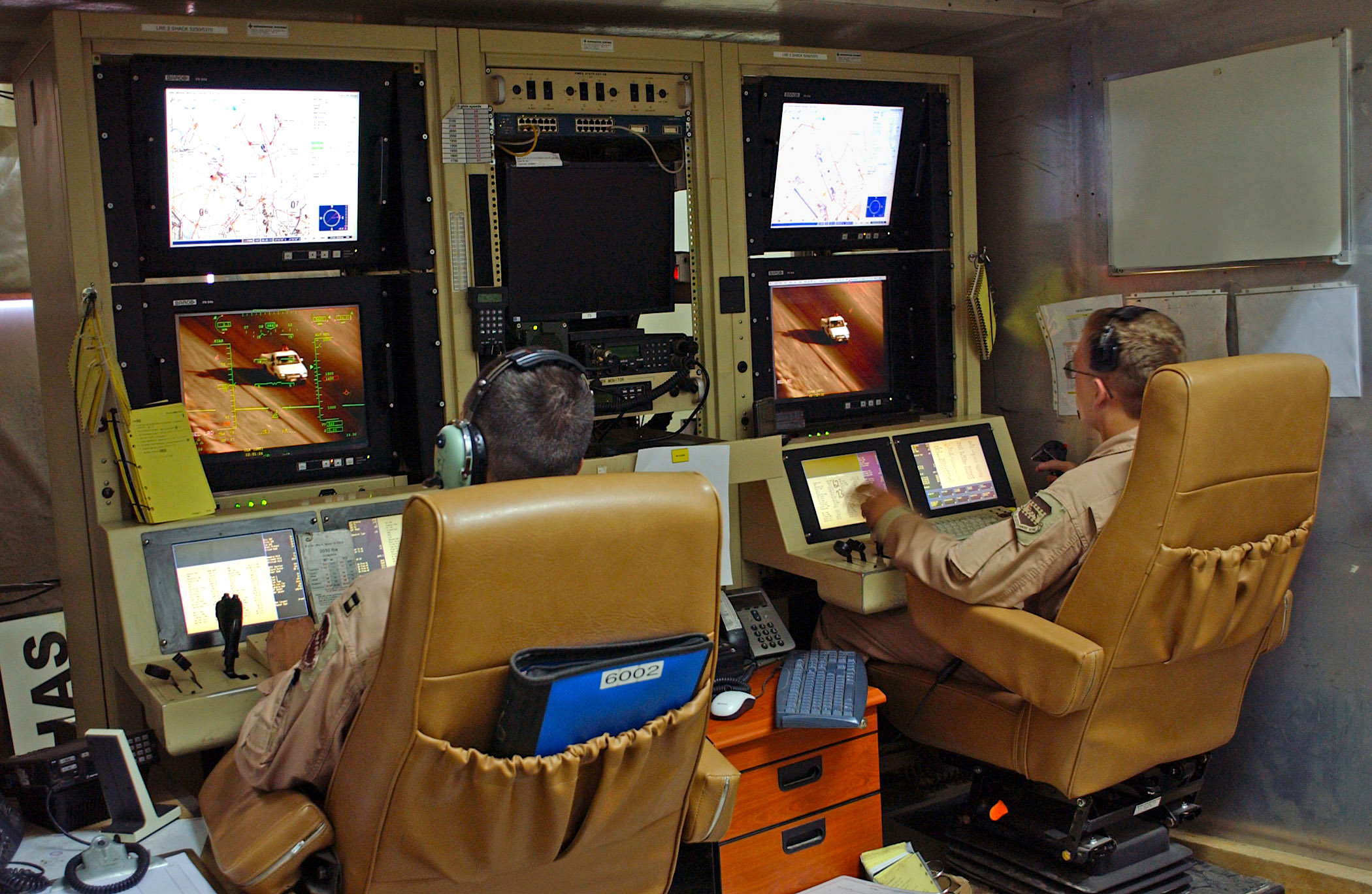 “The evidence of this fact was laid bare all around me,” he wrote.

“In the longest or most technologically advanced war in American history, contract mercenaries outnumbered uniform wearing soldiers two to one and earned as much as 10 times their salary. Meanwhile, it did not matter whether it was, as I had seen, an Afghan farmer blown in half, yet miraculously conscious and pointlessly trying to scoop his insides off the ground, or whether it was an American flag-draped coffin lowered into Arlington National Cemetery to the sound of a 21-gun salute.”

“Bang, bang, bang. Both served to justify the easy flow of capital at the cost of blood—theirs and ours,” he said. “When I think about this I am grief-stricken and ashamed of myself for the things I’ve done to support it.”

“I came to believe that the policy of drone assassination was being used to mislead the public that it keeps us safe,” Hale continued, “and when I finally left the military, still processing what I’d been a part of, I began to speak out, believing my participation in the drone program to have been deeply wrong.”

“Your Honor, the truest truism that I’ve come to understand about the nature of war is that war is trauma,” he wrote. “No soldier blessed to have returned home from war does so uninjured. The crux of PTSD is that it is a moral conundrum that afflicts invisible wounds on the psyche of a person made to burden the weight of experience after surviving a traumatic event. How PTSD manifests depends on the circumstances of the event. So how is the drone operator to process this?”

“My conscience, once held at bay, came roaring back to life,” said Hale. “At first, I tried to ignore it. Wishing instead that someone, better placed than I, should come along to take this cup from me. But this too was folly.”

“Left to decide whether to act, I only could do that which I ought to do before God and my own conscience,” he concluded. “The answer came to me, that to stop the cycle of violence, I ought to sacrifice my own life and not that of another person. So, I contacted an investigative reporter, with whom I had had an established prior relationship, and told him that I had something the American people needed to know.”

Hale was charged in 2019 during the Trump administration after leaking the top secret documents to a reporter, who according to court documents, matches the description of The Intercept founding editor Jeremy Scahill. He is the first person to face sentencing for an Espionage Act offense during the administration of President Joe Biden.

Hale’s lawyers argue that his humanitarian motives, and the lack of harm resulting from his actions, warrant a lenient sentence. Defense attorneys Todd Richman and Cadence Mertz said that Hale “committed the offense to bring attention to what he believed to be immoral government conduct committed under the cloak of secrecy and contrary to public statements of then-President Obama regarding the alleged precision of the United States military’s drone program.”

Prosecutors, however, claim Hale’s leaks were more egregious than those of Reality Winner, the former NSA whistleblower released last month after serving four years of a 63-month sentence —the longest ever imposed for leaking classified government information to the media. They assert that a suitable sentence for Hale would be “significantly longer” than Winner’s.

[Prosecutors might also argue that the Espionage Act does not allow for a public interest defense, i.e., a defendant explaining motive, such as Hale’s handwritten statement.]

← COVID-19 & Israel’s Strangulation of Palestinian Workers
The Way Out →