Since the U.S. is on shaky constitutional ground with the espionage indictment, the computer intrusion charge has served as a hook to try to get Assange, by portraying him not as a journalist, but as a hacker, writes Cathy Vogan.

While most of the talk about the Julian Assange case is about the espionage charges, which are political in nature, the U.S. case hangs by a thread for the second time on the non-political charge: conspiracy to commit computer intrusion.

There is a reason why the computer charge is so vital to the U.S. case. Charging a journalist with espionage for unauthorized possession and dissemination of defense information has been possible since 1917, but it runs the risk of violating the First Amendment.

The tradition has been instead to charge leakers and hackers for breach of an oath, contract or firewall. The legal and public perception of hacking is that it is much like burglary; something generally feared and whose punishment by the state is not subject to political debate or opposing laws; but rather welcomed. The intrusion charge shifts public and legal perception.

Since the U.S. is on shaky constitutional ground with the espionage indictment, the computer intrusion charge has served as a hook to try to get Assange, by portraying him not as a journalist, but as a hacker. Underscoring the difference between the two is fundamental to the U.S. case.

That’s why the U.S. prosecutor, James Lewis QC, on the opening day of Assange’s extradition hearing in February 2020 turned to the press in the courtroom and told them journalism was not the target of the U.S. prosecution. He said Assange was not a journalist and instead had participated in the theft of government documents. In other words: he’s not a journalist like you, but a hacker.

This distinction was spelled out by none other than the current president of the United States when he was vice president in December 2010. He told television interviewer David Gregory:

“If he conspired to get these classified documents, with a member of the U.S. military, that’s fundamentally different than if someone drops on your lap [reaches out to news anchor and slaps table], Here David, you’re a press person. Here is classified material.”

Unable to come up with that proof, the Obama-Biden administration declined to indict Assange in 2011. The New York Times had published many of the same WikiLeaks documents that Assange had, so logically, the Times would be just as guilty of violating the Espionage Act.

Indicting Assange and the Times would be a clear conflict with the First Amendment. But if it could be proven he was a hacker, and not just a journalist, that would have opened the way to indicting Assange, Joe Biden said.

Faced with this same dilemma, the U.S. bolstered its Espionage Act indictment of Assange with separate charges for conspiracy to commit computer intrusion. The indictment was marked SEALED but then “Filed in Open Court” on March, 8, 2018, almost a full year before Assange was arrested, April 11, 2019. On that day the computer intrustion indictment was unveiled to the public.

We have known since 2012 of a grand jury investigation into “conspiracy to communicate or transmit national defense information”. A former lawyer for Assange, the late Michael Ratner, explained the middle section of a code (11-3/ 10GJ3793/ 11-937) marked on a subpoena related to the investigation: “10 is the year it began; GJ is grand jury; 3 is the conspiracy statute in the US and 793 is the espionage statute.” The grand jury was investigating conspiracy in 2010, as Biden had suggested that December, in an effort to portray the Australian journalist as a non-passive recipient of the classified information he published.

The “hacking” indictment that was issued on the day of his arrest argues in strained language that Assange had conspired with his source, Army intelligence analyst Chelsea Manning, to illegally obtain defense information. The indictment, however, admits Manning had security clearances to legally access the material.

The charge of conspiracy with Manning hangs solely on evidence that appeared at Manning’s court marshal, a chat log between Nobody [Manning] and someone with the moniker Nathaniel Frank. That Manning was seeking help with a password hash from Frank has been held up as the evidence of conspiracy.

In the computer intrusion indictment of Assange, the U.S. claims:

“Cracking the password would have allowed Manning to log onto the computers under a usemame [sic] that did not belong to her. Such a measure would have made it more difficult for investigators to identify Manning as the source of disclosures of classified information.”

This argument was seriously undermined on Day 14 of the September extradition hearing when forensic examiner Patrick Eller offered his expert testimony for the defense on the Manning conspiracy theory.

Eller said the U.S. couldn’t prove, nor was he asked to prove, that the moniker Manning was conversing with was Assange. And Manning’s top secret access was only permitted on her login, for which she had the password. Logging in as another “usemame”, meant she would have been locked out.

Nor would logging in as another user have given Manning anonymity, as the government alleges, since the physical IP address of the terminal was recorded, regardless of who was logged in. From the Manning court-marshal, it emerged that the government knew who was on shift at the time. In light of Eller’s testimony, the U.S. scenario of Assange’s conspiracy with Manning was shown to be unfeasible.

The U.S. had heard earlier from the defense in February 2020 that Manning’s purpose was probably to install video games, films and music videos on the lads’ computers, which were forbidden to those on active duty. Eller testified to the same.  By the time of the chat, Manning had already passed the Iraq and Afghan war diaries, and the Guantanamo Bay files to WikiLeaks, further undermining the U.S. case that Assange had anything to do with Manning’s actions. At her court martial she also testified that she had acted completely alone.

According to what Biden said in 2011, it was imperative for the U.S. to keep alive this apparently ‘minor’ computer charge that carries a maximum of five years in prison, compared to 170 years under the espionage charges. But it isn’t minor. It is the hook that enables the charges of espionage, it smears Assange and it drives a wedge between him and support from an increasingly nervous mainstream media. 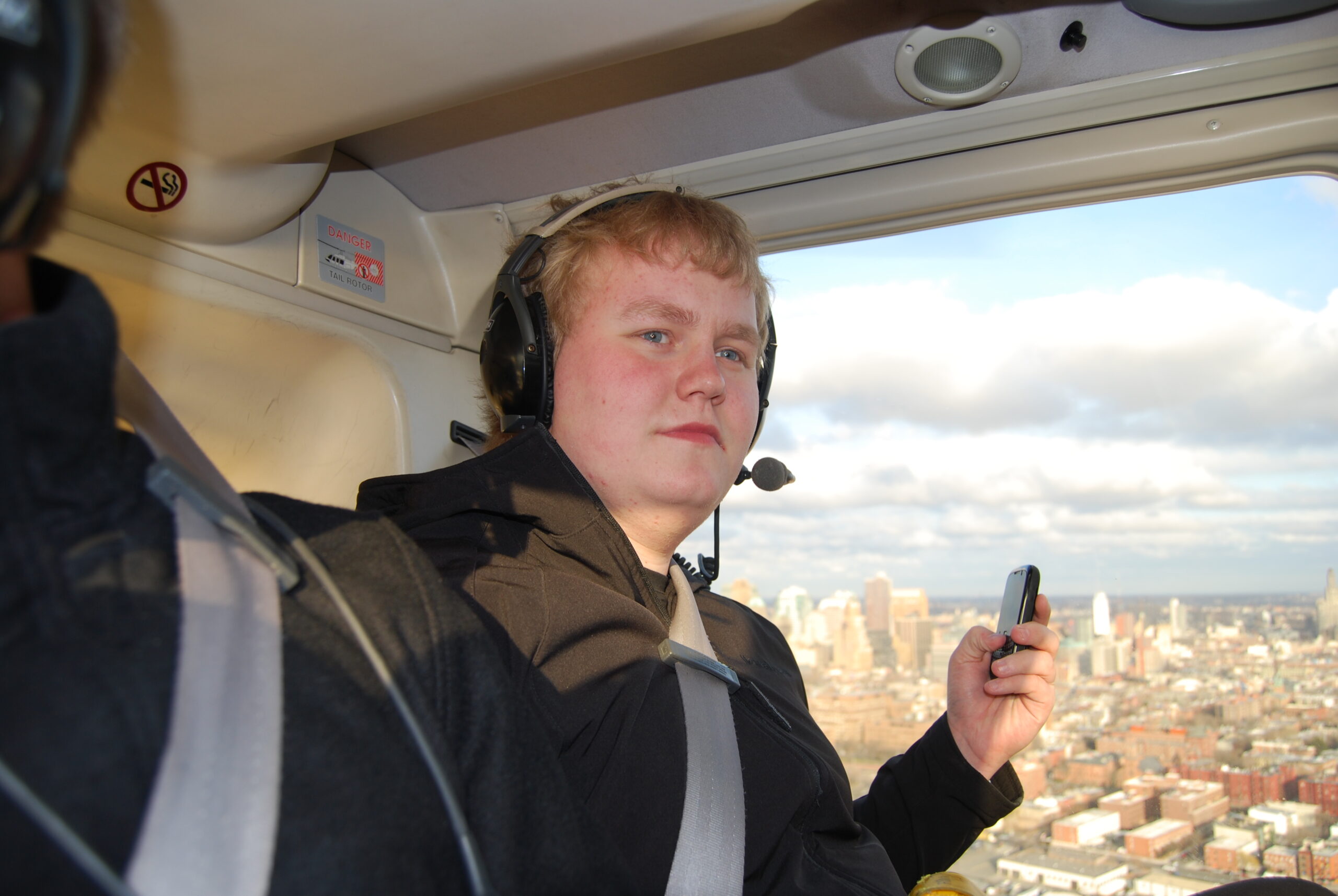 In June 2020, the Trump Department of Justice, apparently unsure that the computer intrusion charge in relation to Manning was strong enough to portray Assange as a hacker, issued a second superseding indictment that relied on the testimony of a WikiLeaks volunteer and later FBI informant, who said Assange had directed him to conduct hacking operations.

This evidence was apparently obtained by the FBI in 2011 when the witness was one of its informants. But it was not revisited until the Trump DOJ offered the witness immunity sometime in 2019, likely after the April 2019 issuing of the first computer indictment, which did not contain his testimony. It appeared first in the second superseding indictment of June 2020.

That the evidence did not appear in the first indictment might indicate its unreliability, because the key witness has now recanted the testimony in an interview last month with the Icelandic publication Stundin.

Sigurdur Thordarson’s testimony was mentioned 22 times without question in the Magistrate’s Jan. 4 ruling against extraditing Assange, which the U.S. is now appealing. The UK court was not made aware of the identity and criminal history of the witness referred to as ‘Teenager’ in the second superseding indictment.

Thordarson’s chat logs not only negate those points of fact; they accord with what the Minister of the Interior of Iceland, Ögmundur Jónasson said, and recently told Consortium News:

“[The FBI] were in Iceland, to try to frame WikiLeaks and Julian Assange in particular. Now these are serious allegations, but I choose my words very, very carefully. Because I knew this from first-hand; from within the Icelandic administration. They were told that the idea was to use Sigurdur Thordarson, an Icelandic citizen, as an entrapment to contact Julian Assange and involve him in a criminal case, to be used later in the United States. This I know for certain, and I have stated this time and again, in February 2014, before 2013. I said before the Icelandic Foreign Affairs Committee and the Icelandic parliament, where this was discussed, and this in fact is not disputed. This is what happened.”

The FBI had resorted to working with Thordarson, a diagnosed sociopath and convicted fraudster, thief and pedophile. Stundin pointed out that his chat logs also revealed FBI grooming and conspiracy in the fabrication of false testimony.

During Assange’s hearing last September, after numerous defense witnesses piled on evidence that indeed Assange was engaging in journalistic activity, prosecutor Lewis changed course and ultimately admitted to the court, that yes, he may have been practicing journalism, but the Espionage Act doesn’t make a distinction for journalists. Assange had unauthorized possession and disseminated defense information, and that was that.

With the recanting of Thordarson’s testimony, and the weakness of the conspiracy allegation with Manning, the U.S. is back to what Biden said when he was vice president: that Assange is a journalist who was merely doing his job by receiving state secrets, pretty much in his lap.

If Assange is extradited to stand trial in the U.S., what would happen if the computer intrusion charge collapses? It would leave the U.S. with only the political charges and Assange in the same legal state as other publishers of the same material, protected by the First Amendment.

← In Whatever Language You Speak
AFGHANISTAN: Goodbye for Good to a War That Shouldn’t Have Been Fought →

11 comments for “ASSANGE EXTRADITION: Why the Crumbling Computer Conspiracy Case Is So Vital to the US”