Danny Sjursen takes aim at powerful Washingtonian hawks who are trying to push the U.S. back for a third time into Afghanistan. 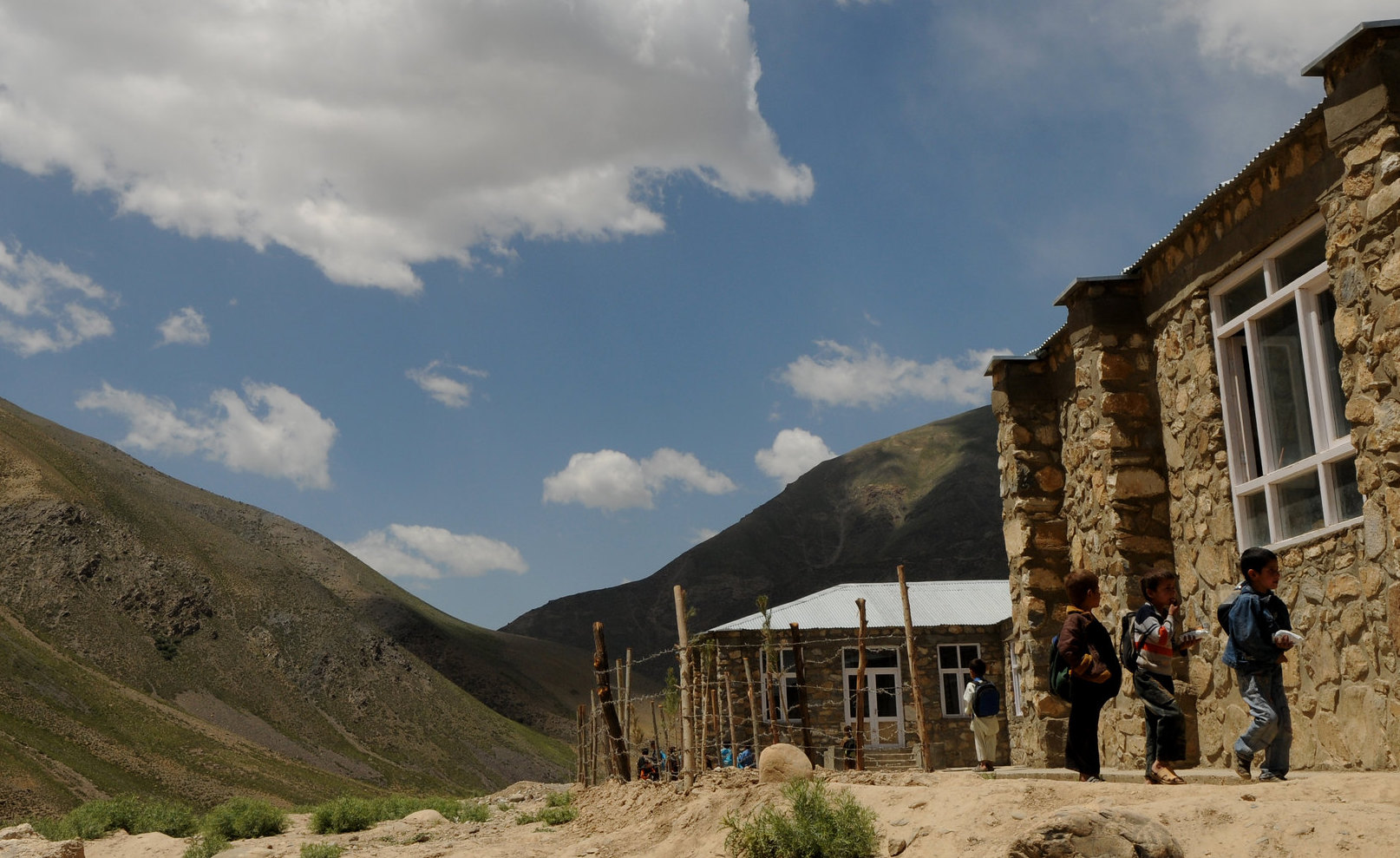 Kandahar Airfield (“KAF”) was as bizarre as it was dusty. You sort of tasted it before you smelled it — and smelled before you saw it. It’s been a full decade since I first did. When the cavalry troop I’d commanded touched down as a final top-off to President Barack Obama’s Afghan surge, we gazed upon this weird way station of America’s war effort with exhausted eyes. Fatigue breeds a certain stripped-down simplicity — “Just show me to my damn cot, already!” —  so it took until morning to truly spy the strangeness. It was a place of curious contrasts.

Trauma patients flown in daily to the hyperactive hospital; and amateur athletes flocking nightly to the Canadian-dominated hockey rink.

Long morning runs to condition ourselves for field duty; and long morning lines to caffeinate our souls with Tim Horton’s coffee.

A nomadic camp with several gyms. 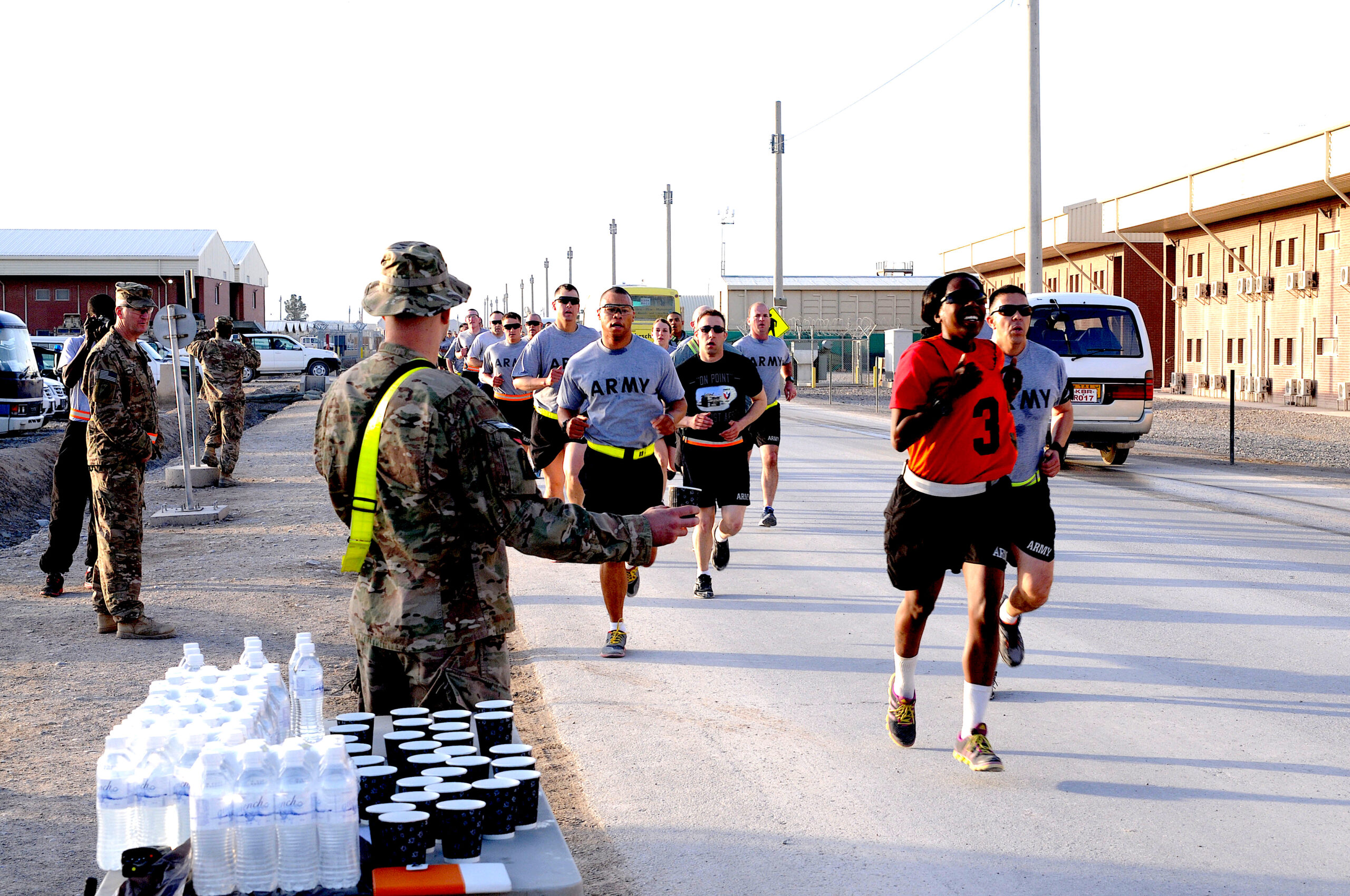 The feel of a refugee encampment with the look of an imperial Epcot Center.

I hated the place, and myself for guiltily cherishing the reprieve of its relative safety.

That the U.S. Army actually exited that gloomy garrison town — which, once housed 30,000 multinational troops and contractors, had a larger population than any place in the province besides Kandahar City proper — seems almost unimaginable to my entire generation of soldiers. The same goes for our brethren who tramped — and trampled — the northern half of Afghanistan, for whom last week’s withdrawal from the sprawling Bagram Airbase outside Kabul must’ve felt bewildering. 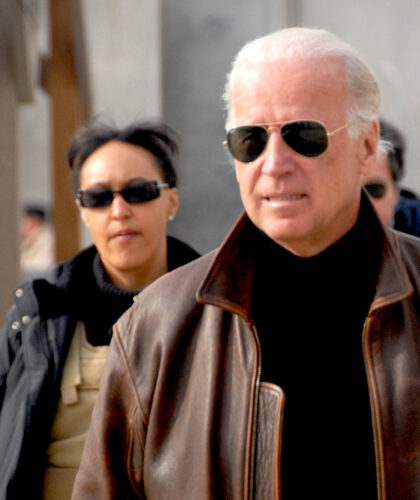 The way we’re leaving is even less comforting for those who left limbs, mates and mental health on Afghan battlefields. At Bagram, the last U.S. elements snuck out like thieves in the night, not even notifying the base’s new Afghan commander — local looters ransacking right on their heels.

Meanwhile, outside America’s final fantasy fortress, the Taliban is on the march — and at the quick-step, with major fighting now raging just 60 miles outside the capital. Washington’s frustratingly stalwart enemy now commands about one-third of the country’s 400-odd districts, and is contesting control of at least another third. And the offensive is gathering momentum — with the Taliban seizing around 100 more district centers in as many days — posing the ever-present risk that this produces an inertia of inevitability. After all, war remains as much about morale and psychology as missiles and Predator drones.

For all that, I say good riddance. Goodbye to all that — to those Pizza Hut-packed Potemkin villages, our mirage-like mission-sets, false promises, and any noxious nostalgia for a war that couldn’t have been won and shouldn’t have been fought.

America has already attempted two adventures in Afghanistan’s imperial graveyard. Neither ended well, and both backfired.

In the 1980s, Washington waged a shortsighted and indulgent proxy war against the country’s then Soviet occupiers, backing the most reactionary Islamist forces that would later form like an (era-appropriate) Taliban Voltron. 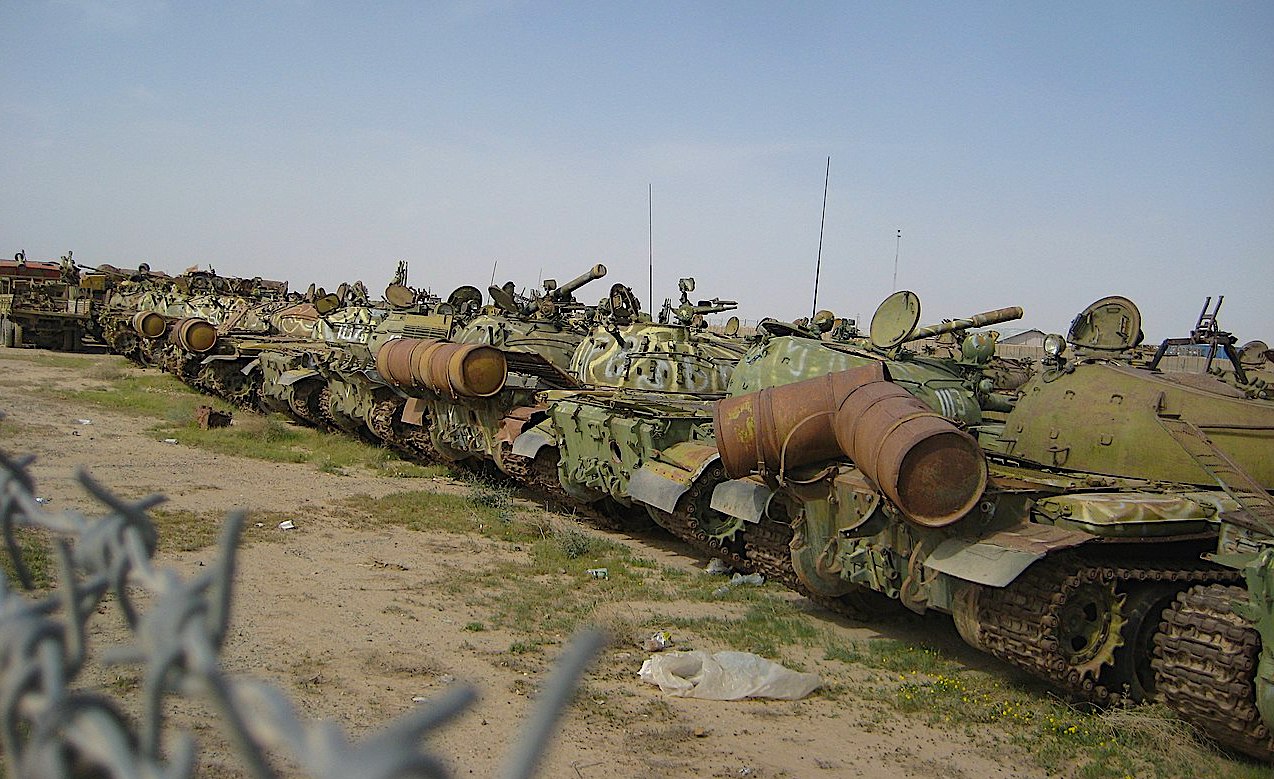 Sure, the U.S. vengefully handed the Soviet Union – per President Jimmy Carter’s National Security Advisor Zbigniew Brzezinski — its own “Vietnam,” but (karma being a bitch, and all) the CIA-fueled blowback after the Russian retreat included a worldwide jihadi diaspora and a man named Bin Laden. America’s overreaction to ole Osama’s awful but one-off 9/11 attacks then almost tragicomically handed the U.S. its own Vietnam encore.

Twenty years deep into Nam-the-Sequel, here’s hoping — heck, begging — that the Biden Family’s reigning don resists the establishment crowd’s cacophonous cries for a trilogy. As in most matters, The Godfather offers a guide. There was no need for a third installment, and it wasn’t long after Don Michael Corleone famed exclamation in that final film — “Just when I thought I was out, they pull me back in!” — that he found himself shot, and his dear daughter dead in his arms.

The veterans of the Afghan War are long past done with the war an apathetic American public long-since stopped caring about. Recent polls show that fully 73 percent of the conflict’s veterans supported a full withdrawal of U.S. military forces, along with 69 percent of their family members. In other words, America’s warriors are more antiwar than their (also pro-withdrawal) civilian counterparts — only 12 percent of whom, according to an AP Poll, closely follow Afghanistan-related news. How’s that for a healthy civil-mil-balanced society?

Only not everyone agrees, and it’s the most powerful, influential, and wealthy Washingtonian war-hawks who make up the most vocal minority. It is these cats — controlling the most communication mediums with the most reach — that are trying their darnedest to pull Biden back in. 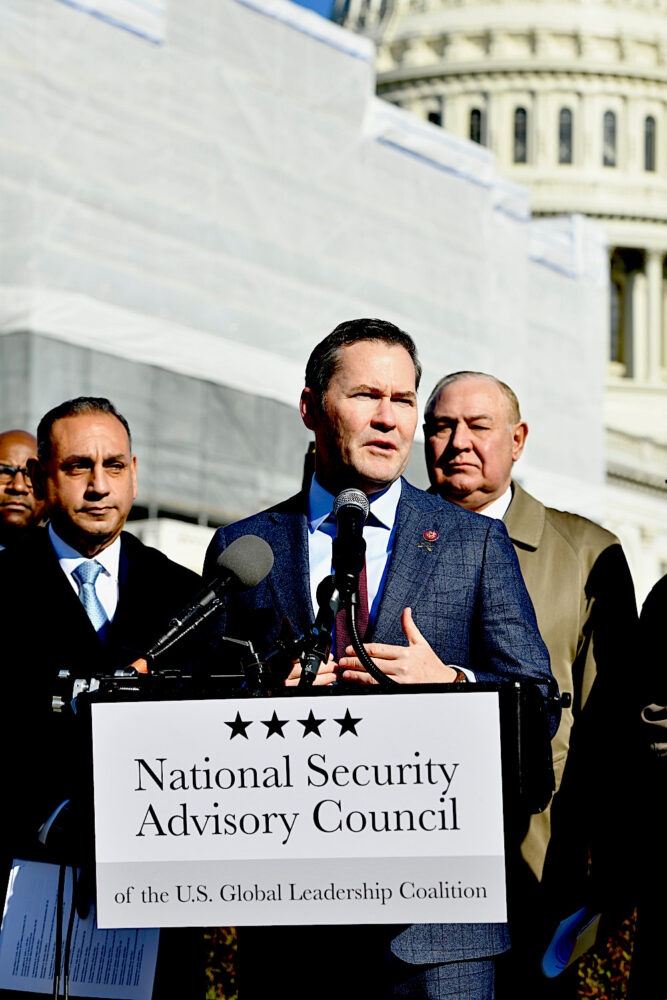 Leading the loud charge with the most worn, debunked, stay-the-course arguments are, of course, the obvious lunatics — lawmakers of the classical warmongering Republican variety. Most loathsome in this lot has to be Florida’s Congressman Michael Waltz — himself an Afghan War veteran, a Green Beret to boot.

In a fit of rhetoric befitting imperialism-classic, Rep. Waltz tweeted that, “As our only base sandwiched between China, Russia and Iran, [Afghanistan’s] a huge strategic asset” – proof that there’s apparently endless utility in blaming those countries to justify any and all endless wars. He then casually asked, “Why are we just giving it away?”

Well, maybe because Afghanistan isn’t a base, it’s a country – with real human people living there, even – and because, you know, both legally and ethically it’s not ours to give away! Waltz then trotted out the same sorry sunken-cost and emotive-as-ever arguments we’ve been hearing for decades now. America can’t leave Afghanistan, he asserted, because “It’s by far the biggest symbol of our 20 years of blood and treasure we have expended for all veterans that have served there.” Apparently, Waltz believes the only way to wash away wasted blood is with more unnecessary blood.

Then there are the other usual suspects, like Bush-era Secretary of State Condoleezza Rice — who literally told the House Foreign Affairs Committee that, “We’re probably gonna have to go back.” Seeing as she has never once been right about post-9/11 foreign policy, remind me why anyone even asks her opinion anymore?

Back in April, another one who has never been right, pundit Max Boot, warned in an opinion column that, “Biden’s Afghanistan withdrawal could be the first step to a Taliban takeover.” Well, actually, it would be more like the last step. America’s failed and futile strategies — which Boot cheered at every hawkish turn —surely accounted for the first few dozen doomed steps. Boot’s employers at the “liberal” Washington Post’s editorial board published an editorial the very same day, headlined, “Biden takes the easy way out of Afghanistan. The likely result is disaster.”

Undercutting these tired old arguments from unhinged old men (and women) are basic realities on the ground and a 20-year track record of debacle. Some highlights of the inconvenient indicators that more U.S. intervention would prove a preposterous waste of blood, time, and treasure include:

June 23, 2011: After announcing a troop drawdown on national TV, President Barack Obama speaks to soldiers who were among the first to deploy to Afghanistan. (U.S. Army/Steve Ghiringhelli)

When it comes to combating the world’s most powerful and tech-advanced army, the Taliban has adopted an oft-repeated adage — usually attributed to one of its captured fighters — “You have the watches, we have the time.”

In fact, back in June 2011, one of our interpreters overheard the local insurgents — then essentially besieging our outermost platoon strongpoint — repeat a version of that mantra over their unencrypted walkie-talkies. This Taliban middle-manager was seeking to buck-up his — probably-as-exhausted-as-mine — foot soldiers after they’d (get this!) apparently just listened to Obama’s speech that day on the “Way Forward in Afghanistan.”

In his remarks, delivered almost exactly 10 years ago, Obama said that Americans could “take comfort in knowing that the tide of war is receding” — receding because the “goal that we seek is achievable,” and “in part because of our military effort,” that “we have reason to believe that progress can be made.”

He even described some of the “progress” his two-year troop surge had already ostensibly achieved: “We’ve inflicted serious losses on the Taliban and taken a number of its strongholds;” and “Afghan security forces have grown by over 100,000 troops, and … already begun to transition responsibility for security to the Afghan people.” Plus, the U.S. military, along with its allies and local partners, had apparently been “establishing local police forces, opening markets and schools,” as well as “creating new opportunities for women and girls.”

Because of all that hard work and these hard-won gains — earned at a hefty “cost that’s been paid by the …1,500 [Americans] who have [given their lives] in Afghanistan” — Obama also announced that he would begin withdrawing U.S. troops. “By 2014,” he said, “this process of transition will be complete, and the Afghan people will be responsible for their own security.” So much for all that. Instead, American soldiers stayed seven years longer than the president promised, about a thousand more of them died there – and in the end, the Taliban turned out stronger than ever.

It seems our almost certainly illiterate, low-level, local Taliban leader was ahead of his time, which was on his side all along.

America, its army, and its tortured veterans can’t turn back time, or get it back.

Danny Sjursen is a retired U.S. Army officer, the director of the Eisenhower Media Network (EMN), a senior fellow at the Center for International Policy (CIP), contributing editor at Antiwar.com. He co-hosts the podcast “Fortress on a Hill.” His work has appeared in The New York Times, LA Times, The Nation, The Hill, Salon, The American Conservative and Mother Jones, among other publications. He served combat tours in Iraq and Afghanistan and taught history at West Point. He is the author of three books, Ghostriders of Baghdad: Soldiers, Civilians, and the Myth of the Surge, Patriotic Dissent: America in the Age of Endless War and most recently A True History of the United States. Follow him on Twitter @SkepticalVet.

← ASSANGE EXTRADITION: Why the Crumbling Computer Conspiracy Case Is So Vital to the US
Craig Murray: The Decline of Western Power →

17 comments for “AFGHANISTAN: Goodbye for Good to a War That Shouldn’t Have Been Fought”