If there is any justice, the name of the former president will live in infamy, writes James Bovard.

Bush told Fox News last week, “I’m also deeply concerned about the sacrifices of our soldiers, and our intelligence community, will be forgotten,” after the war ends. Unfortunately, the vast majority of the American media has already forgotten how Bush’s lies turned U.S. intervention in Afghanistan into a quagmire that pointlessly killed and maimed thousands of American soldiers.

After Al Qaeda hijacked four airplanes on Sept. 11, wreaking death and destruction in New York and Washington, it was inevitable that the U.S. military would respond. But rather than targeting Al Qaeda and Osama Bin Laden, Bush chose to conquer Afghanistan and seek to rebuild it as some type of female-friendly utopia. While the Bush White House boasted of liberating the downtrodden Afghan people, Bush’s military geniuses let Bin Laden and other Al Qaeda leaders escape at Tora Bora.

Brazen lies permeated Bush’s efforts from the start. In his State of the Union address on Jan. 29, 2002, Bush frightened Americans with a bogus nuclear threat: “Our discoveries in Afghanistan confirmed our worst fears. . . . We have found diagrams of American nuclear power plants and public water facilities” in caves used by Al Qaeda. Senior CIA and FBI officials followed up with “background” briefings to the media, revving up the threat that Afghan-based Al Qaeda fighters were targeting U.S. nuclear power facilities. This made the terrorist threat far more ominous and spurred support for Bush’s preemptive war policy against Iraq.

Two years later, Bush administration officials admitted that the president’s statement was completely false and that no nuclear power plant diagrams had been discovered in Afghanistan. Nuclear Regulatory Commissioner Edward McGaffigan, who had testified in 2002 on this falsehood at closed hearings on Capitol Hill, commented that Bush was “poorly served by a speechwriter.” 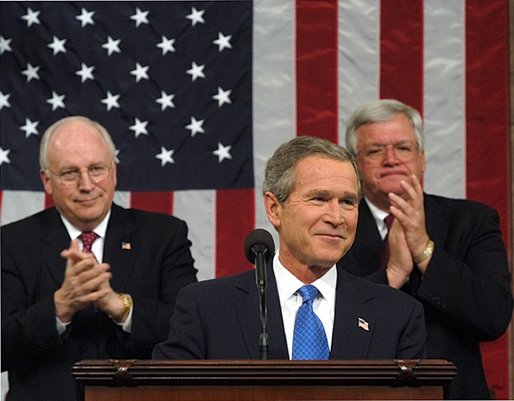 Jan. 28, 2003: President George W. Bush delivering the State of the Union Address in which he made a fraudulent case for invading Iraq. Behind him are Vice President Dick Cheney and House Speaker Dennis Hastert. (Wikimedia Commons)

This was a farce — as if the deceit stemmed from some speechwriter’s poetic fancy — as opposed to the conniving of a phalanx of high-ranking officials and the complicity of George W. Bush. Bush’s lies on a nuclear threat from Afghanistan paved the way to his far more destructive lies regarding Iraqi chemical and biological weapons in his 2003 State of the Union address.

Bush shamelessly exploited the deaths of soldiers he sent to Afghanistan. On May 1, 2004, Bush wrapped up his speech to the White House Correspondents Dinner by exploiting the recent death of a former pro football star to valorize his Afghan war.

Bush declared, “The loss of Army Corporal Pat Tillman last week in Afghanistan… reminds us of the character of the men and women who serve on our behalf… Friends say that this young man saw the images of September the 11th, and seeing that evil, he felt called to defend America…. We count ourselves lucky that this new generation of Americans is as brave and decent as any before it.”

At the time of Bush’s paean, the Pentagon was claiming that Tillman had died while leading a charge against Al Qaeda forces. An on-scene investigation quickly revealed that Tillman had been killed by other American soldiers. 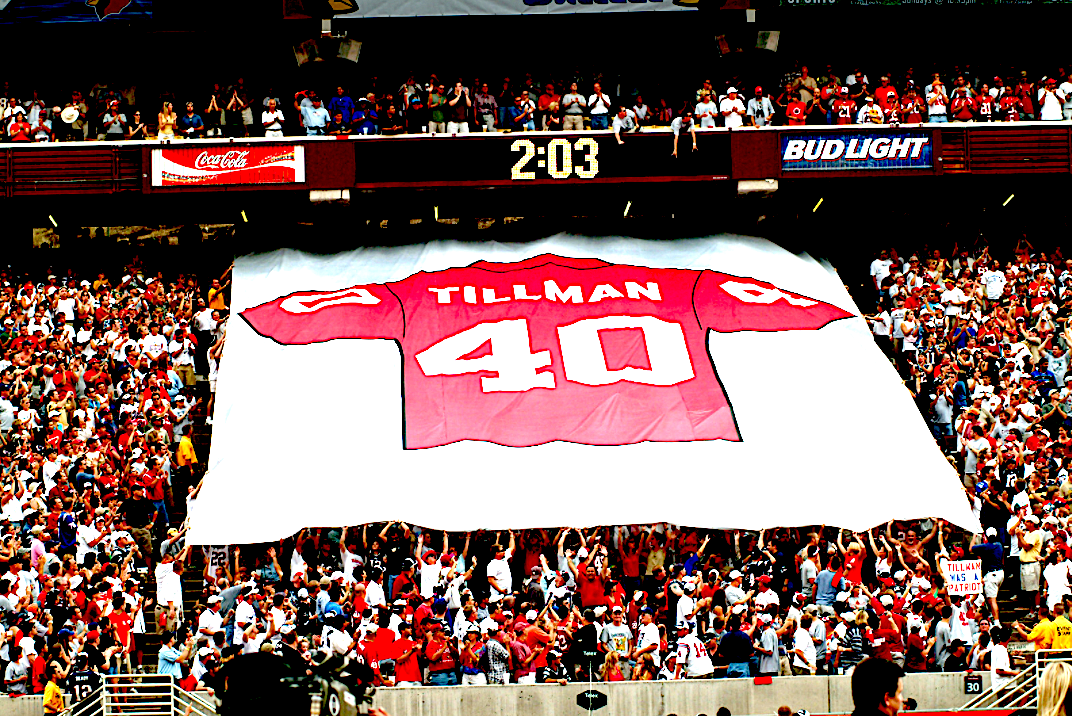 A week after Tillman was killed, Maj. Gen. Stanley McChrystal, a top commander in Afghanistan, notified the White House that Tillman was killed by U.S. troops: “I felt that it was essential that you received this information as soon as we detected it to preclude any unknowing statements by our country’s leaders that might cause public embarrassment if [!!!] the circumstances of CPL Tillman’s death become public.” [Emphasis the writer’s]

There was a flurry of emails between the White House and the Pentagon on the Tillman case on April 28 and 29, as a White House speechwriter got key details for Bush’s spiel at the correspondents dinner. The Pentagon delayed admitting that Tillman had been killed by American soldiers until after a grandiose memorial service in Arizona featuring Sen. John McCain.

“After it happened, all the people in positions of authority went out of their way to script this. They purposely interfered with the investigation, they covered it up… They realized that their recruiting efforts were going to go to hell in a handbasket if the truth about his death got out. They blew up their poster boy.”

The Bush administration continued covering up the details of Tillman’s killing, vexing the family. 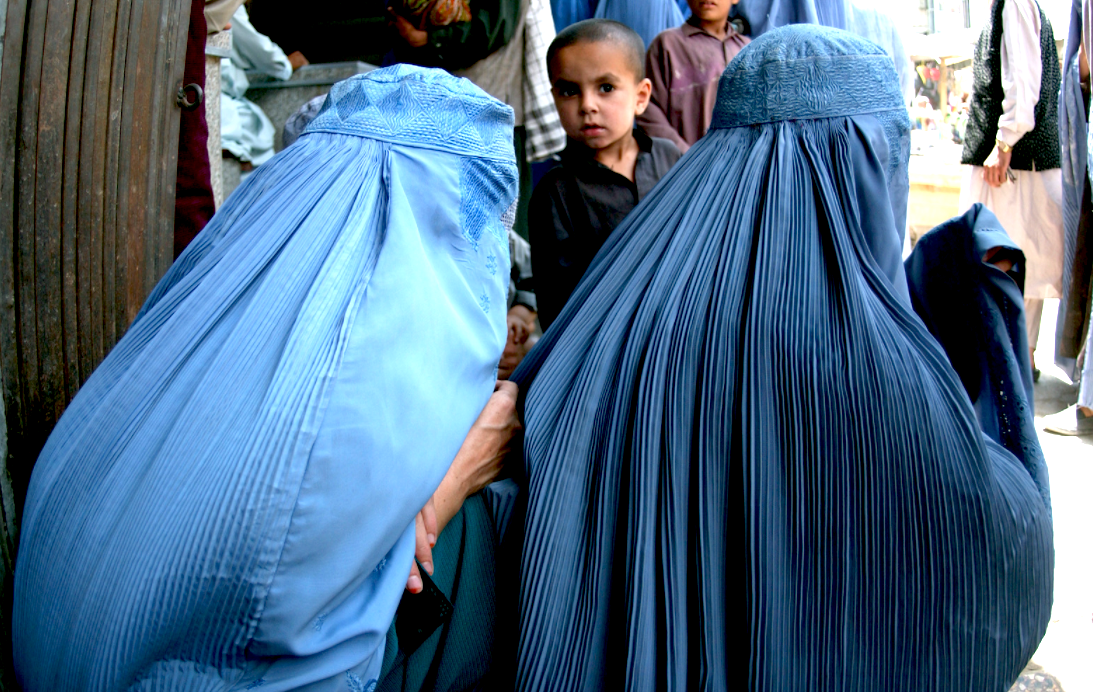 Bush sanctified his Afghan war as the greatest triumph for women’s liberation in modern history. In his 2002 State of the Union address, Bush boasted, “The mothers and daughters of Afghanistan were captives in their own homes.… Today women are free.” But a United Nations report the following year on rural Afghanistan concluded that “the situation of women has not changed to any great extent since the removal of the Taliban.”

New York Times columnist Nicholas Kristof, who visited Afghanistan in early 2004, reported that “many Afghan women are still captives in their homes…. The rise of banditry and rape has had a particularly devastating effect on women. Because the roads are not safe even in daylight, girls do not dare go to schools or their mothers to health centers.” One international aid worker commented that during the Taliban era “if a woman went to market and showed an inch of flesh she would have been flogged — now she’s raped.”

In 2009, shortly after Bush’s presidency ended, the U.S.-appointed president of Afghanistan, Hamid Karzai, approved a law entitling husbands to starve their wives to death if they denied them sex.

But at least the U.S. government was not systematically subsidizing the rape of women — unlike the brutal fate of Afghan boys. Since the start of Bush’s invasion of Afghanistan, the U.S. military has poured money into Afghan government operations guilty of Bacha bazi — turning young boys into sex slaves, [first revealed by WikiLeaks]. 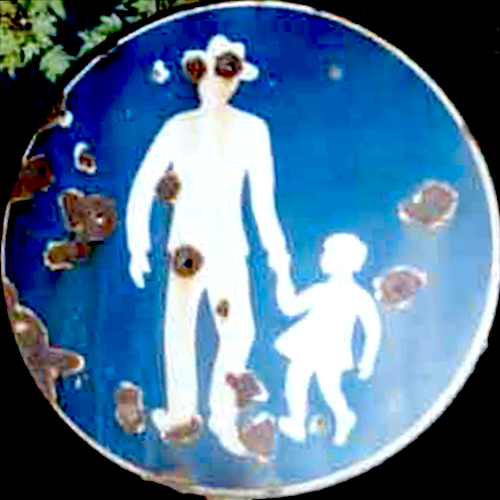 The Pentagon ignored the abuse until a 2015 New York Times exposé of American soldiers who were punished for protesting atrocities against young boys. The Times reported that U.S. troops were confounded that “instead of weeding out pedophiles, the American military was arming them in some cases and placing them as the commanders of villages — and doing little when they began abusing children.”

A 2017 Pentagon Inspector General report revealed that some U.S. troops were “told that nothing could be done about child sexual abuse because of Afghanistan’s status as a sovereign nation, that it was not a priority for the command, or that it was best to ignore the situation and to let the local police handle it.” But the U.S. government continued bankrolling Afghan child rapists.

During his 2004 reelection campaign, Bush boasted, “Thanks to the United States… Afghanistan is no longer a haven for terror. Afghanistan is a free country.” But the Bush administration did nothing to prevent the Afghan government it installed from tyrannizing the Afghan people. Even more damning, the U.S. military and CIA brazenly tortured Afghans, atrocities that President Bush perpetually denied even though it was reported as early as December 2002.

In 2004, the Los Angeles Times reported allegations that Afghan soldiers detained by the U.S. government had suffered “repeated beatings, immersion in cold water, electric shocks, being hung upside down and toenails being torn off.” The 2014 Senate Intelligence Committee report on Bush-era torture vivified what happened at the COBALT secret CIA site interrogation center north of Kabul:

“CIA detainees at the COBALT detention facility were kept in complete darkness and constantly shackled in isolated cells with loud noise or music and only a bucket to use for human waste. Lack of heat at the facility likely contributed to the death of a detainee. The chief of interrogations described COBALT as a ‘dungeon.’ … At times, the detainees at COBALT were walked around naked or were shackled with their hands above their heads for extended periods of time. Other times, the detainees at COBALT were subjected to what was described as a ‘rough takedown,’ in which approximately five CIA officers would scream at a detainee, drag him outside of his cell, cut his clothes off, and secure him with Mylar tape. The detainee would then be hooded and dragged up and down a long corridor while being slapped and punched.”

Bush has never taken responsibility or shown any remorse for setting up an illegal worldwide torture regime. During his years in the White House, Bush perennially denied that he had approved torture. But in 2010, during an author tour to promote his new memoir, he bragged about approving waterboarding for terrorist suspects. 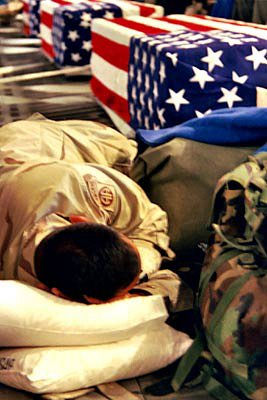 Bush’s Afghan war was not good intentions gone awry: It was profoundly dishonest from the start. Afghanistan quickly became nothing more than a political boasting point for Bush.

In October 2002, Defense Secretary Donald Rumsfeld was appalled when Bush did not even recognize the name of the U.S. general in charge of Afghanistan and had no interest in meeting him.

Christopher Kolenda, a U.S. Army colonel who repeatedly deployed to Afghanistan to advise top U.S. commanders, declared that the Afghan government had “self-organized into a kleptocracy,” a government of thieves, by 2006.

Ryan Crocker, Bush’s ambassador to Afghanistan, admitted, “Our biggest single project, sadly and inadvertently, of course, may have been the development of mass corruption.”

An investigation by SIGAR found that it was “common at military headquarters in Kabul — and at the White House — to distort statistics to make it appear the United States was winning the war when that was not the case.”

In 2019, SIGAR chief John Sopko summarized the U.S. intervention in Afghanistan: “The American people have constantly been lied to.”

Forgotten falsehoods almost guarantee new political treachery. George W. Bush now serves as a “useful idiot” for politicians who want to perpetuate America’s disastrous interventions abroad. But if there is any justice, the name of George W. Bush will live in infamy as a betrayer of American soldiers and the Afghan people as well as an enemy of decency and the U.S. Constitution.

James Bovard is the author of Lost Rights, Attention Deficit Democracy and Public Policy Hooligan. He is also a USA Today columnist. Follow him on Twitter @JimBovard.