The slaughter continues, unbroken from Obama to Trump and from Trump to Biden, writes Caitlin Johnstone. 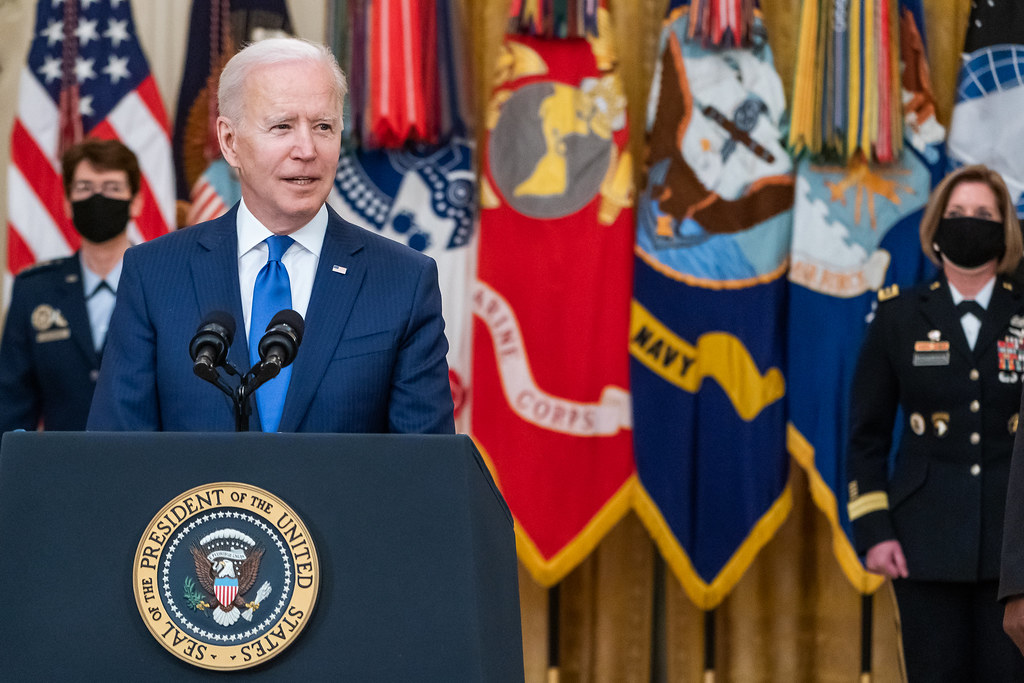 “Multiple U.S. defense officials and experts acknowledged that, through a U.S. government process, the Saudi government pays commercial contractors to maintain and service their aircraft, and those contractors keep Saudi warplanes in the air. What the Saudis do with those fighter jets, however, is up to them,” Ward reports. “The U.S. could cancel those contracts at any time, thus effectively grounding the Saudi Air Force, but doing so would risk losing Riyadh as a key regional partner.”

“The admission by the DoD that US companies are still authorized to maintain Saudi warplanes… means that our government is still enabling the Saudi operations, including bombings and enforcing a blockade on Yemen’s ports” @HassanElTayyab @voxdotcom https://t.co/q0NY6yyGqd

“The recent admission by the Department of Defense that U.S. companies are still authorized to maintain Saudi warplanes … means that our government is still enabling the Saudi operations, including bombings and enforcing a blockade on Yemen’s ports,” Hassan El-Tayyab, the legislative manager for Middle East policy at the Friends Committee on National Legislation lobbying group, told Ward.

El-Tayyab is on record speaking out after Biden’s deceitful February announcement, saying this administration needs to make it abundantly clear what it actually means by ending offensive support for the war on Yemen and actually stick to it. “I’m not a full pessimist here. I welcome the news,” he told Al Jazeera at the time. “But I’m just trying to stay vigilant and not take the foot off the gas on advocacy pressure. Because we don’t know what’s going to happen.”

Well, now we do know. The U.S.  is maintaining and servicing the war planes that are bombing Yemen and enforcing a blockade which has killed hundreds of thousands and the United Nations warns could kill 400,000 more this year alone if conditions don’t change, proving Joe Biden a liar and vindicating the experts and activists who cautioned against accepting his announcement on blind faith.

Getting to this point where questions are finally answered about the reality of the Biden administration’s Yemen policy has been like pulling teeth, with officials giving questioners the runaround for months on this issue. Watch this clip of U.S. Yemen Envoy Tim Lenderking dodging questions like George Bush dodges shoes as Congressman Ted Lieu tries to get a straight answer as to whether the U.S.  has stopped supporting the war on Yemen:

US Yemen envoy Lenderking can't—or won't—answer repeated requests by @TedLieu about whether US still supports the Saudi war in Yemen.

"I can't speak to that point specifically… there are discussions underway on that… I’m not totally in that information loop"@StateDept_NEA pic.twitter.com/9oQ7d8nz6s

“The admission comes over two months since President Biden said he was ending support for Riyadh’s ‘offensive’ operations in Yemen. Vox reporter Alex Ward asked Pentagon spokesman John Kirby on Monday if the planes that the U.S.  is servicing could be used for offensive operations in Yemen. Kirby admitted that the ‘maintenance support for systems could be used for both’ offensive and defensive operations.

Besides continuing to maintain the Saudi Air Force, the Biden administration has given Riyadh the political cover to continue enforcing the blockade on Yemen. Biden officials have claimed that Yemen is not under a blockade, even though Saudi warships are preventing fuel shipments from docking in the port of Hodeidah, which makes it impossible to deliver food to Yemen’s starving civilian population.”

The United Nations conservatively estimates that some 233,000 Yemenis have been killed in the war between the Houthis and the U.S. -backed Saudi-led coalition, mostly from what it calls “indirect causes.” Those indirect causes would be disease and starvation resulting from what UN Secretary-General Antonio Guterres calls “the worst famine the world has seen for decades.”

When people hear the word “famine” they usually think of mass hunger caused by droughts or other naturally occurring phenomena, but in reality the starvation deaths we are seeing in Yemen (a huge percentage of which are children under the age of 5) are caused by something that is no more natural than the starvation deaths you’d see in a medieval siege. They are the result of the Saudi coalition’s use of blockades and its deliberate targeting of farms, fishing boats, marketplaces, food storage sites, and cholera treatment centers with airstrikes aimed at making the Houthi-controlled parts of Yemen so weak and miserable that they break.

The United States lies about all its wars with the help of the mass media, but up until this year its lies about Yemen have largely consisted of lies by omission: simply not talking about Yemen (like when MSNBC went an entire year without mentioning it a single time during the height of Russiagate hysteria), reporting on the famine as though it’s the result of a tragic natural disaster, or omitting America’s role in the slaughter. This time, it was just a straightforward lie: Biden said the U.S.  was ending offensive support, and it wasn’t.

As we’ve discussed previously, when the people demand something of their government it’s a lot easier to simply tell them you’re on their side and redirect them than to tell them no. Democrats are especially good at this.

As awareness grows that Yemen is the single most horrifying atrocity taking place in our world today, pressure is mounting for the U.S.  government to use its tremendous.  amount of leverage over Saudi Arabia to cease the human butchery. Rather than increasing that pressure by saying no, the Biden administration defused it by falsely pretending to give in to the demands. Because the risk of “losing Riyadh as a key regional partner” was deemed too great.

And meanwhile the slaughter continues, unbroken from Obama to Trump and from Trump to Biden. The names change, the narratives change, but the murderoU.S.  imperial war machine rolls on uninterrupted.

← Extremism on Rise in Israel
A Hunger Strike Against Big Oil →

4 comments for “Biden Lied About Yemen”