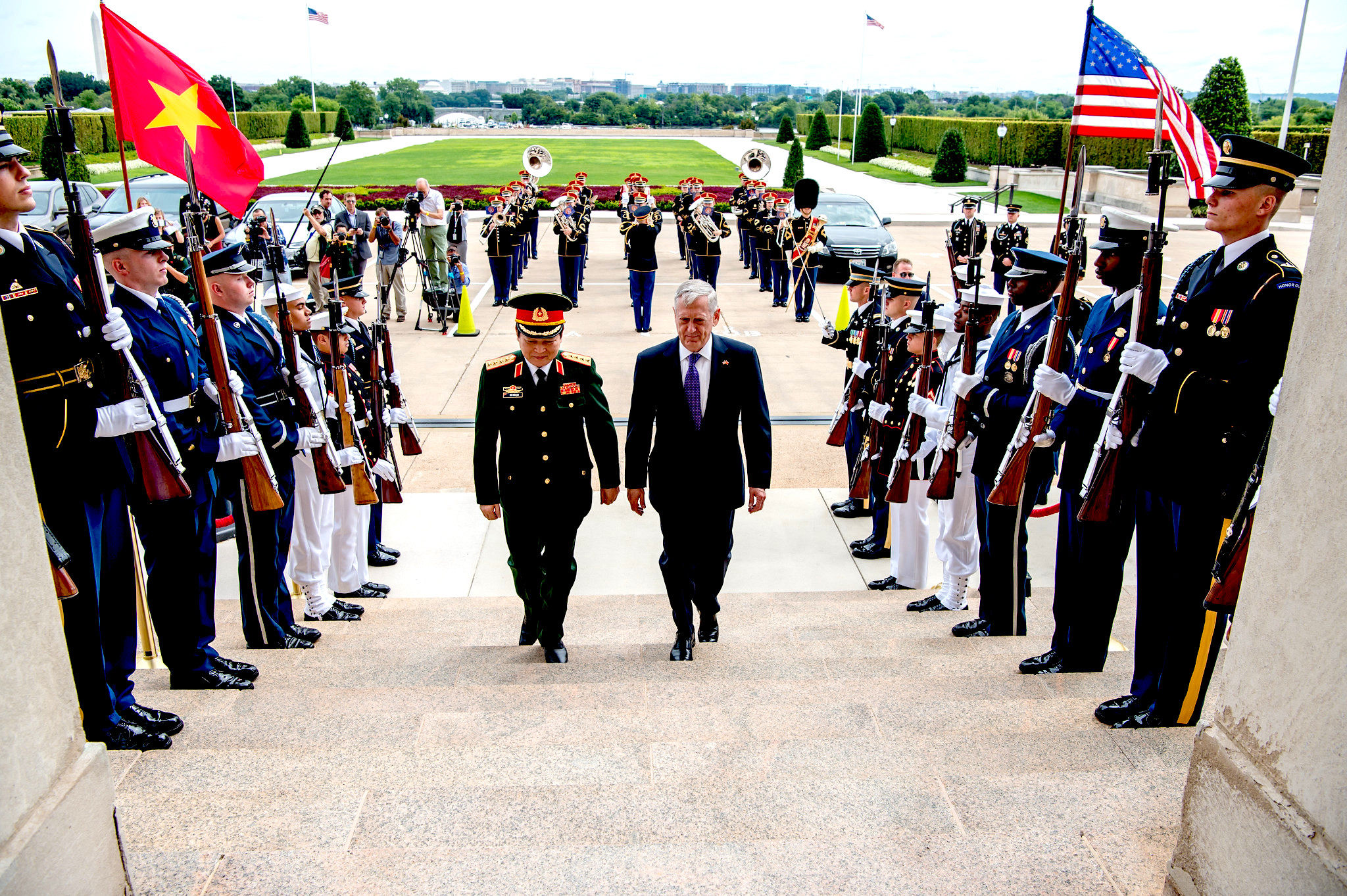 When the Pentagon began gearing up for a future war with China in 2018, Defense Department officials quickly realized that they needed access to Vietnamese territory for troops armed with missiles to hit Chinese ships in a U.S.-China conflict. So they initiated an aggressive campaign to lobby the Vietnamese government, and even Communist Party officials, in the hope that they would eventually support an agreement to provide them the permission.

But a Grayzone investigation of the Pentagon’s lobbying push in Vietnam shows what a delusional exercise it was from its inception. In a fit of self-deception that highlighted the desperation behind the bid, the U.S. military ignored abundant evidence that Vietnam had no intention of giving up its longstanding, firmly grounded policy of equidistance between the United States and China.

Vietnam as Key Base

Between 2010 and 2017, China developed intermediate-range missiles capable of hitting American bases in Japan and South Korea. To counter that threat, the Pentagon and military services began working on a new strategy in which U.S.  Marines, accompanied by an array of missiles, would spread out over a network of small, rudimentary bases and move continuously from one base to another.

Vietnam was the logical choice for such sites. Australia and the Philippines publicly ruled out hosting U.S.  missiles capable of hitting China, and South Korea was considered unlikely to agree. Indonesia and Singapore were too economically dependent on China to be interested.

But as Chris Dougherty, the former senior adviser to the deputy assistant secretary of defense for strategy and force development who had written large parts of the 2018 National Defense Strategy, told The Military Times last September, “Vietnam has some wonderful geography. You can have good external lines against the Chinese.” Pentagon strategists also knew that Vietnam had soundly defeated a poorly conceived Chinese invasion in 1979 designed to punish the Vietnamese for their ties with the Soviet Union.

The Pentagon’s focus on Vietnam began when then-Defense Secretary James Mattis visited Vietnam in both 2017 and 2018, meeting several times with Defense Minister General Ngo Xuan Lich, who had previously visited him in Washington. During his January 2018 visit, Mattis waxed enthusiastically about the future of U.S. -Vietnam cooperation, calling the two countries “like-minded partners.”

In April 2019 the commander of the U.S.  Indo-Pacific Command, Adm. Philip S. Davidson, visited Hanoi and Ho Chi Minh City during a four-day trip. Mattis’ successor, Mark Esper, went even further in a November 2019 trip, meeting not only with the defense minister, Lich, but with Executive Secretary of the Communist Party Tran Quoc Vuong as well.

Officials were pleased with what they believed was a breakthrough for the Pentagon, despite the Vietnamese Defense Ministry’s abrupt cancellation of 15 previously planned “defense engagements” with the United States without public explanation the previous month.

In their pursuit of Vietnam’s active involvement in its new war strategy, however, the Defense Department and military brass were ignoring the fundamental fact that the Communist Party of Vietnam and military leadership were not going to budge from the strategic policy to which it had been publicly committed for two full decades. 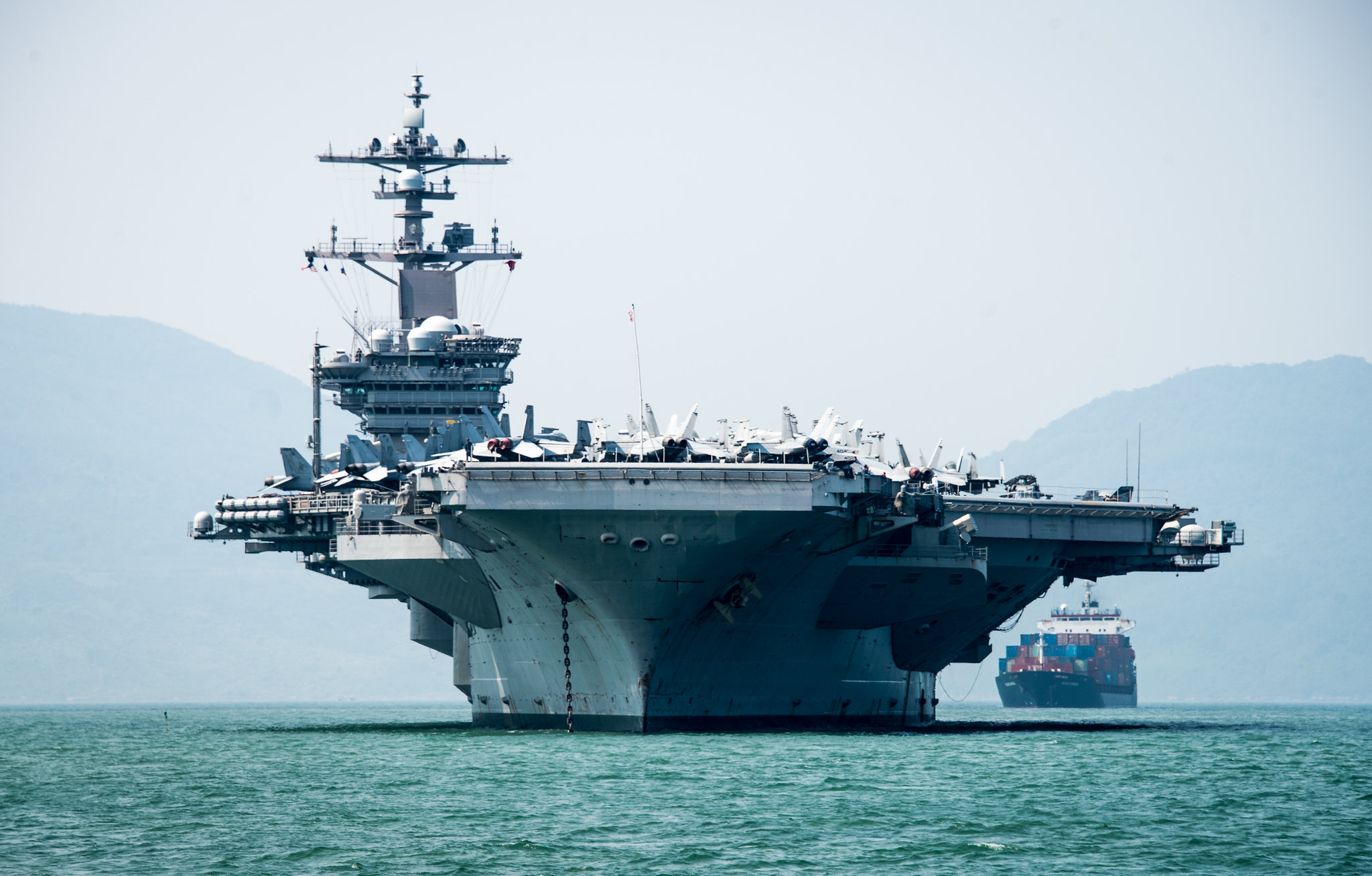 The policy was summed up in three fundamental principles: no military alliances, no aligning with one country against another and no foreign military bases on Vietnamese soil. The Vietnamese commitment to those “three noes”, first made public in a national defense White Paper published in 1998, was repeated in successive White Papers in 2004 and 2009.

Those principles clearly ruled out the kind of military cooperation that the Pentagon sought from Vietnam, but there was apparently too much at stake for top Pentagon officials to let that reality stand in the way of their enthusiasm.

The Defense Department’s main corporate research arm, the RAND Corporation, which was heavily invested in the idea of a viable new military strategy for war with China, was equally unwilling to acknowledge the truth.

In January 2019, Derek Grossman, RAND’s specialist on Vietnamese defense policy, publicly reassured the policymakers that Hanoi was not really bound by any of those three “three noes.” On the principle of “no military alliances,” he claimed that Vietnam had “essentially created a major loophole in its own rule” by defining alliance as a military agreement requiring another country to defend Vietnam if it were attacked. He came up with equally creative explanations for why the other “noes” were also loosely defined in practice.

When Vietnam’s long-awaited new National Defense White Paper was published in late November 2019, Grossman discovered new reasons for pressing ahead with the Pentagon’s bid for Vietnam’s cooperation with the new U.S.  military against China. He suggested that the Vietnamese had planted “subtle messages of opportunity for Washington” in the document, including its readiness to participate in “security and defense mechanisms in the Indo-Pacific region.”

And he pointed to a new supplement to what had now become Vietnam’s “four noes.” “[D]epending on the circumstances and specific conditions,” it said, “Vietnam will consider developing necessary, appropriate defense and military relations with other countries.” In practice, that merely meant that if Vietnam were seriously threatened by a Chinese attack, it could abandon its commitment to those four “noes”.

But the addendum was hardly a signal of Vietnamese readiness to participate in a U.S.  “Indo-Pacific Strategy.” Rather, the “four noes and one depend” in the defense white paper were part of a larger strategy of maintaining equidistance between China and the United States, as first adopted by the Party Central Committee in 2003 as “Resolution 8”.

Washington’s optimism about a new era of U.S.-Vietnam defense cooperation against China was based on little more than wishful thinking. By late 2020, it was apparent that the bubble of Pentagon hopes for a breakthrough with Vietnam had burst: there would be no Vietnamese involvement in a U.S. anti-China military strategy in the region. Nor would there be high-level Pentagon or military visits during the year. More importantly, no further U.S. -Vietnam military activities were announced.

The RAND Corporation’s Grossman finally acknowledged in August 2020 that Vietnam had not been poised to begin deeper military collaboration against China after all. He now admitted the reality that Hanoi was taking a “conservative approach” to the “four noes and one depend” that he had marketed only months before as an open door to more U.S.  cooperation.

Grossman acknowledged Vietnam had carried out a “delicate balancing act,” avoiding any move likely to antagonize China. The country’s careful approach, he wrote, is “disappointing for Washington and should temper American assessments of the extent to which Hanoi might be willing to play a role in the U.S.  Indo-Pacific strategy,” obviously implying that the Trump administration’s “high hopes” for a “like-minded partner” strategy in Vietnam were misplaced. 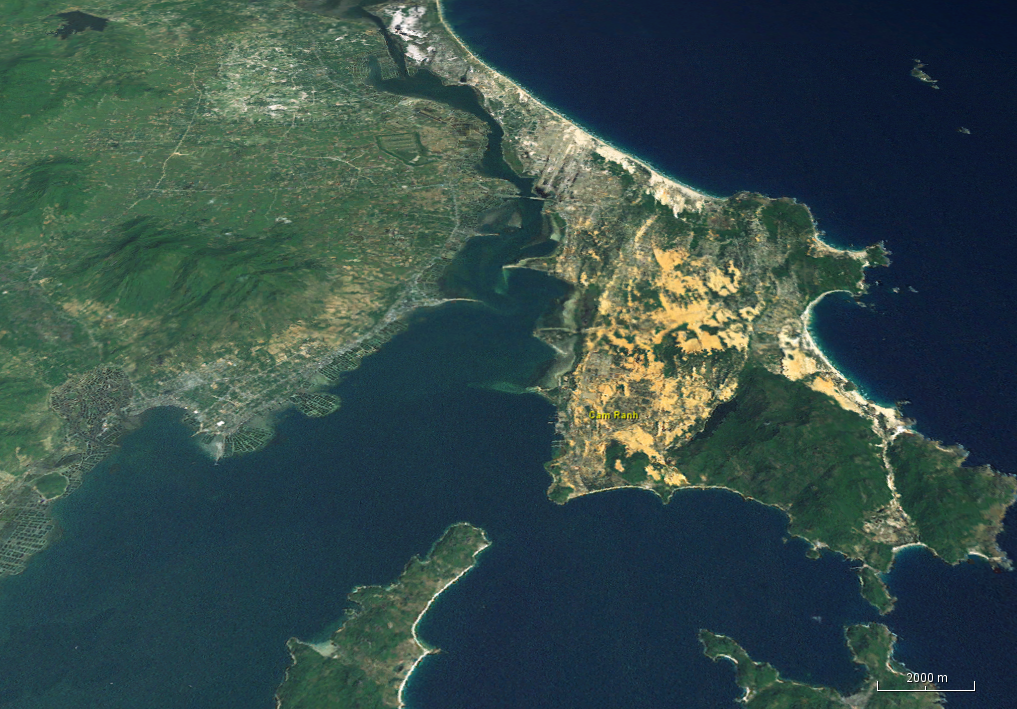 Vietnam’s deep-water port at Cam Ranh Bay as seen from a Landsat image with an elevation model. (NASA, Wikimedia Commons)

Nguyen The Phuong, a research associate at the Centre for International Studies, National University-Ho Chi Minh City, confirmed in an interview with The Grayzone that the basic Vietnamese policy of maintaining equidistance between China and the United States is not questioned by anyone within the Vietnamese government. He observed that both civilian and military officials believe the U.S.  Navy had no effective strategy for curbing Chinese operations in the maritime zone that Vietnam claims.

The only difference of opinion which had arisen within that consensus, he said, was that many Vietnamese diplomats with whom he has talked believe that the U.S.  Coast Guard, which is not under the control of Defense Department — but which the U.S. nevertheless considers a military service — would be more effective tool in countering China’s tactics in the contested maritime zone in the South China Sea than the U.S.  Navy has been. They also believed that giving the Coast Guard access to Vietnam’s deep-water port at Cam Ranh Bay would not be provocative to China. The military leadership, however, has rejected that idea, according to Nguyen.

But what the Pentagon desired from Vietnam primarily was access to bases for American ground troops with missiles. In September 2020, after the Defense Department had reached agreement with Palau on bases in that Pacific Island, Deputy Assistant Secretary of Defense for East Asia Heino Klinck revealed in an interview with The Wall Street Journal that the Defense Department truly sought was “access to places instead of permanent bases.” As the article explained, “U.S.  security policy in Asia calls for a heavier presence of American forces, but on a rotational basis, whereby troops switch in and out for training and exercises.”

The Marines that the Pentagon would like to have positioned in Vietnam would otherwise have been sitting ducks for Chinese missiles. But Nguyen The Phuong does not believe that any Vietnamese official, whether civilian or military, would even consider allowing such access. “If the U.S.  tried that approach on Vietnam, it would certainly fail,” he said.

The story of the Pentagon’s pursuit of Vietnam as a potential military partner against China reveals an extraordinary degree of self-deception surrounding the entire endeavor. And it adds further detail to the already well-established picture of a muddled and desperate bureaucracy seizing on any vehicle possible to enable it to claim that U.S.  power in the Pacific can still prevail in a war with China.

← Life Inside the Weird World of Bernie Madoff, Who Died on Wednesday
Arming US Cities With Military-Grade Healthcare →