Instead of militarizing the police, Laura Flanders says the U.S. should have veterans’ care for all. 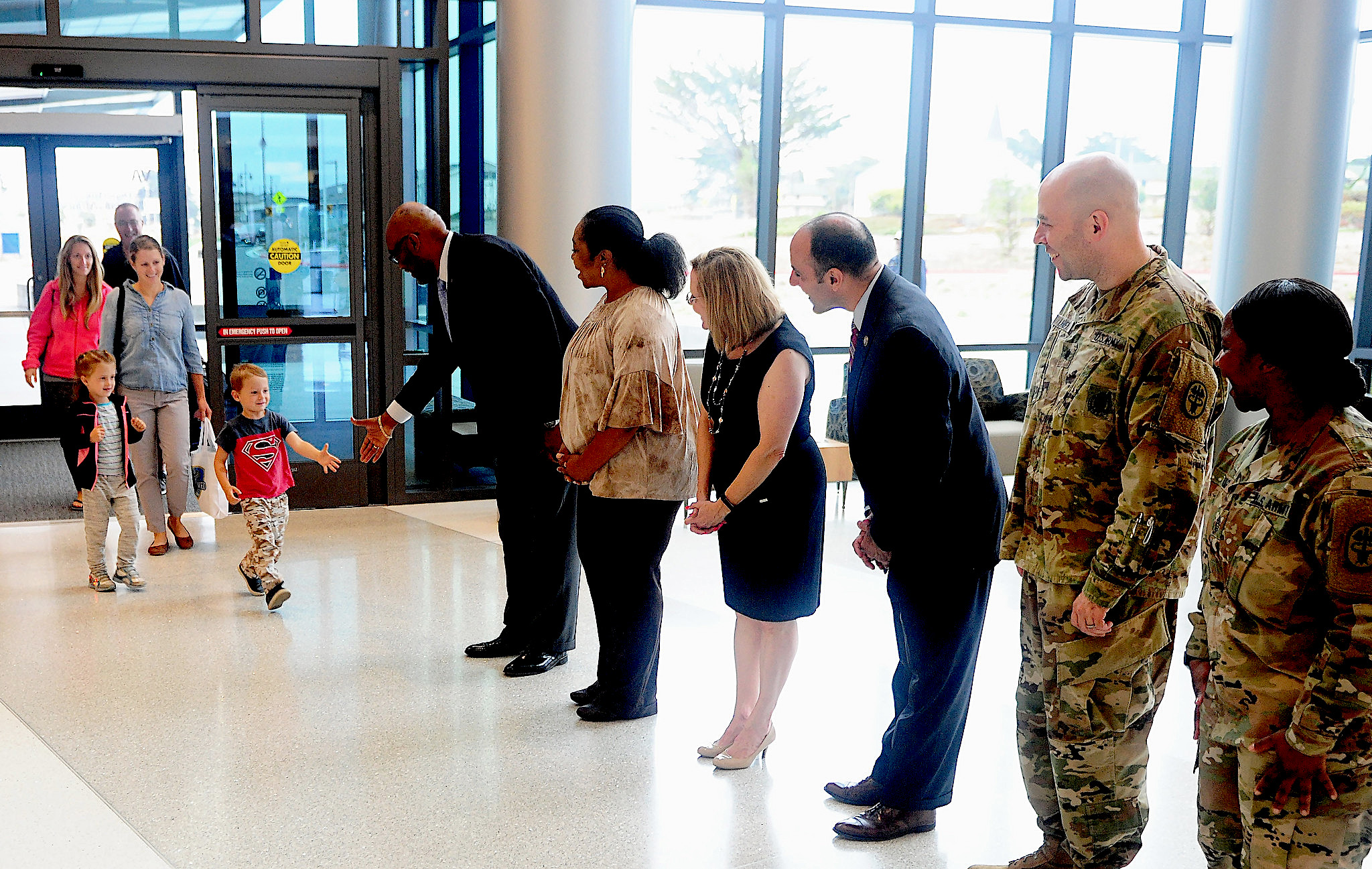 American police are armed to the teeth with military-grade weapons, and the results are in. The more combat gear, the more combat.

So how about we arm our cities with military-grade healthcare instead?

The U.S. Department of Veterans Affairs is part of the most generously funded institution in the government, and guess what? All that investment pays off.

It might not be perfect, but in contrast to the rest of our healthcare sector, instead of being fragmented, fractious, profit-driven, and poorly prepared, the VA is national, integrated, non-profit, and relatively effective.

It’s national: The VA operates thousands of healthcare facilities in rich and poor places, including 170 VA Medical Centers and 1,074 outpatient sites. And the VA’s response to Covid has shown what’s possible when your healthcare system is actually a system.

It’s integrated: While other vaccination programs rolled out in fits and starts, the VA pulled together its pandemic response plan last summer and began vaccinating veterans before Christmas. Knowing their history of hesitancy, they held listening sessions with minority veterans that gave them a jump on building trust. Now, they report only 2 percent refusals and an inoculation rate above the norm across every racial group.

The latest chart on the Veterans Affairs website reports that, in just three months, they’ve distributed over 3 million doses to over 2 million veterans plus their partners, their caregivers, VA employees, and loads of other federal workers.

As Linda Ward Smith, a VA nurse from Las Vegas, tells my program this week, “That’s one good thing that the VA does well. We communicate.”

The VA’s not-for-profit. Private shareholders play no role in the Veterans Affairs system. While the private sector, and even many nonprofit hospitals and healthcare systems, have fired or furloughed staff because the procedures they make their money off of weren’t taking place during the pandemic, the VA has been accepting non-veteran patients and delivering PPE to all sorts of public health programs. They’ve sent VA  staff to 49 states and territories and vaccinated people all over the country, including rural vets in Montana and homeless vets in Dallas.

As Dana Brown, executive director of the Next System Project at the Democracy Collaborative told the LF Show recently, “There’s just a real difference here in what the logic is, the defining logic of these systems.” One is care, the other is profit.

None of which causes me to make peace with the war machine, but it does make me wonder. If the Covid pandemic is often compared to a war, doesn’t that make us survivors veterans of it? If veterans can get lifelong, integrated healthcare with no co-pays thanks to their service, why can’t we? Veterans Care for all? I’d far rather healthcare spilled out of that bloated pentagon pipeline than pepper spray and bullets.

Laura Flanders interviews forward-thinking people about the key questions of our time on The Laura Flanders Show, a nationally syndicated radio and television program also available as a podcast. A contributing writer to The Nation, Flanders is also the author of six books, including Bushwomen: How They Won the White House for Their Man (2005).  She is the recipient of a 2019 Izzy Award for excellence in independent journalism, the Pat Mitchell Lifetime Achievement Award for advancing women’s and girls’ visibility in media, and a 2020 Lannan Cultural Freedom Fellowship for her reporting and advocacy for public media. lauraflanders.org