This Sunday, on the anniversary of his assassination, few will recall Dr. King’s condemnation of U.S. militarism, write Jeff Cohen and Norman Solomon. 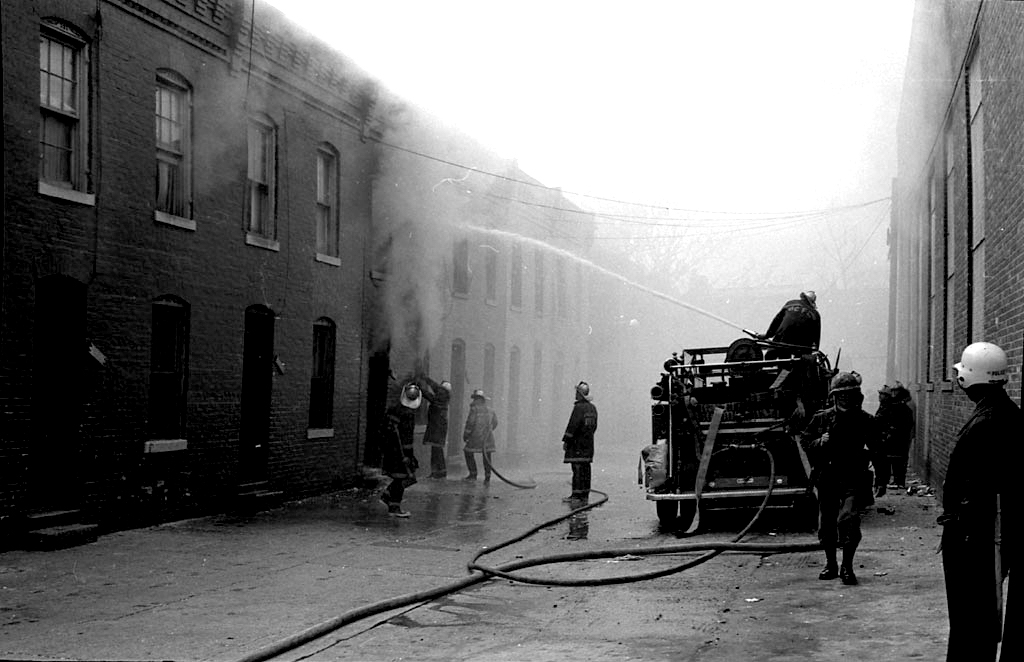 April 4, 1968: Firefighters attempt to extinguish a blaze in Washington, D.C., during the unrest in the U.S. capital after the assassination of Dr. Martin Luther King Jr. (George Scurlock, courtesy of the Smithsonian Institution, National Museum of American History: Archives Center)

The anniversary of his assassination always brings a flood of tributes to Martin Luther King Jr., and this Sunday will surely be no exception. But those tributes — including from countless organizations calling themselves progressive — are routinely evasive about the anti-militarist ideals that King passionately expressed during the final year of his life.

You could call it evasion by omission.

The standard liberal canon waxes fondly nostalgic about King’s “I have a dream” speech in 1963 and his efforts against racial segregation. But in memory lane, the Dr. King who lived his last year is persona non grata.

The pattern is positively Orwellian. King explicitly condemned what he called “the madness of militarism.” And by any reasonable standard, that madness can be diagnosed as pervading U.S. foreign policy in 2021. But today, almost all politicians and mainstream media commentators act as though King never said such things, or if he did then those observations have little to do with today.

But they have everything to do with the USA now in its 20th year of continuous warfare. The Pentagon’s constant bombing in the Middle East and elsewhere is the scarcely noticed wallpaper in the U.S. media’s echo chamber.

What compounds the madness of militarism in the present day is the silence that stretches eerily and lethally across almost the entire U.S. political spectrum, including the bulk of progressive organizations doing excellent work to challenge economic injustice and institutionalized racism here at home.

But as for the institutionalized militarism that terrorizes, wounds and kills people overseas — overwhelmingly people of color — a sad truth is that most progressive U.S. organizations have little to say about it. At the same time, they eagerly and selectively laud King as a visionary and role model.

King didn’t simply oppose the Vietnam War. In an April 4, 1967, speech at New York’s Riverside Church delivered exactly a year before he was assassinated — titled “Beyond Vietnam” — he referred to the U.S. government as “the greatest purveyor of violence in the world today” and broadly denounced the racist and imperial underpinnings of U.S. foreign policy. From Vietnam to South Africa to Latin America, King said, our country was on the “wrong side of a world revolution” — suppressing revolutions “of the shirtless and barefoot people” in the Global South, instead of supporting them. 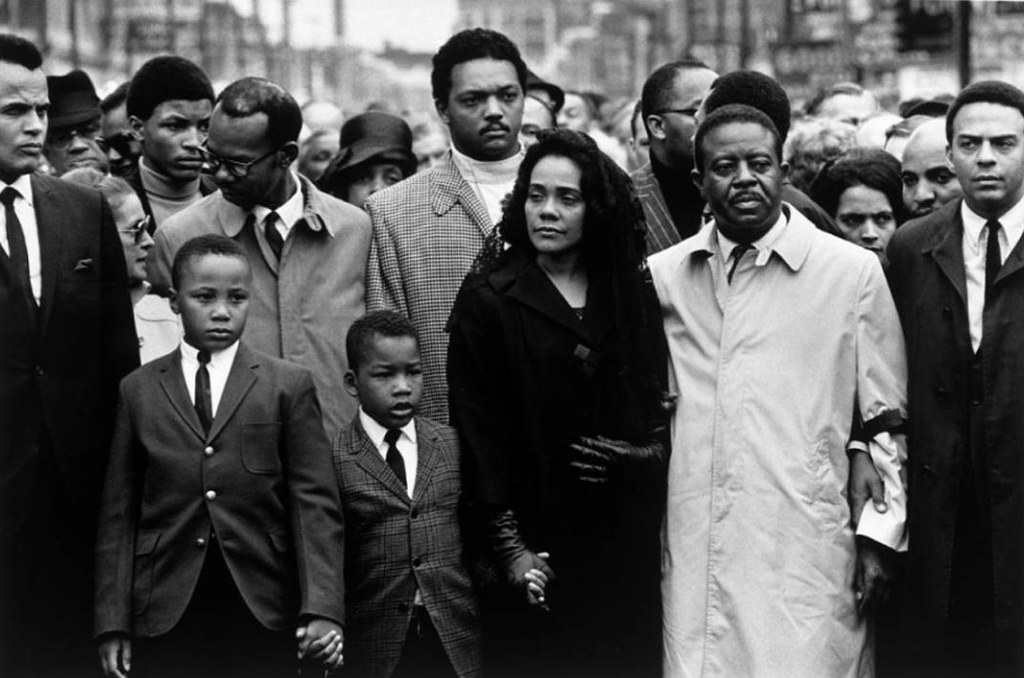 King critiqued the economics of U.S. foreign policy, complaining about “capitalists of the West investing huge sums of money in Asia, Africa and South America, only to take the profits out with no concern for the social betterment of the countries.” And he castigated U.S. federal budgets prioritizing militarism: “A nation that continues year after year to spend more money on military defense than on programs of social uplift is approaching spiritual death.”

Mainstream media today pretend that King’s anti-militarism pronouncements were never uttered, but that was not the case in 1967. Condemnation was swift, emphatic and widespread. Life magazine denounced the “Beyond Vietnam” speech as “demagogic slander that sounded like a script for Radio Hanoi.” The New York Times and Washington Post both published harsh and patronizing editorials.

Today, it’s not just a problem of elite media — but also a vast spectrum of organizations that are taking a dive in the fight against the warfare state. This problem undermines the political resonance and social mission of countless organizations that do wonderful work but are betraying a crucial part of the living legacy of Dr. King, whom they never tire of claiming to be emulating and venerating. 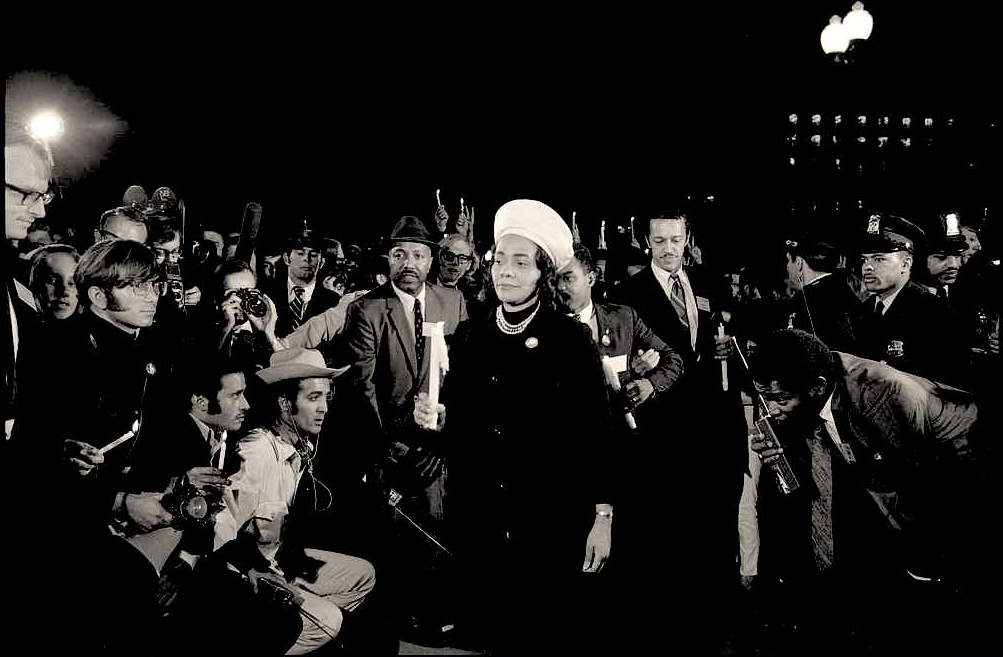 Oct. 15, 1969: Corretta Scott King leads a march at night to the White House as part of the Moratorium to End the War in Vietnam. (U.S. News & World Report Magazine Photograph Collection via Picryl)

This crisis is now heightened under the Biden administration. In an ominous echo of the mid-1960s, when King began speaking out against the warfare state, the kind of split between somewhat progressive domestic policies and militaristic foreign policies that occurred under the Lyndon Johnson presidency now appears to be occurring under the presidency of Joe Biden.

In the persistent “guns vs. butter” reckoning, it’s clear that federal funds needed to uplift poor and working-class people as well as our planet keep getting diverted to militarism and war.

Dr. King pointed out that, in effect, what goes around comes around. As he put it, “the bombs in Vietnam explode at home.” But there is a dire shortage of large progressive organizations willing to say that the bombs in Afghanistan and Iraq and elsewhere have been exploding at home for two decades.

Twenty-first century bombs that have been exploding overseas, courtesy of U.S. taxpayers, also explode at home in terms of the further militarization of the economy, police, culture and consciousness — as well as the misdirection of vital resources to the Pentagon rather than human needs.

“It challenges the imagination to contemplate what lives we could transform if we were to cease killing,” Dr. King said as the Vietnam War raged. The massive U.S. military budget still functions the way King described it — “some demonic, destructive suction tube.” Yet the silences across so much of the U.S. political spectrum, including the liberal establishment and a great many progressive groups, persist in contempt of what Martin Luther King stood for during the final year of his life.

Jeff Cohen is an activist, author and co-founder of RootsAction.org. He was an associate professor of journalism and the director of the Park Center for Independent Media at Ithaca College, and founder of the media watch group FAIR. In 2002-2003, he was a producer and pundit at MSNBC. He is the author of Cable News Confidential: My Misadventures in Corporate Media.