Vijay Prashad talks with Daniel Jadue, the mayor of Recoleta — in the expanding capital of Santiago — about his city’s experiment in rebuilding the public sector. 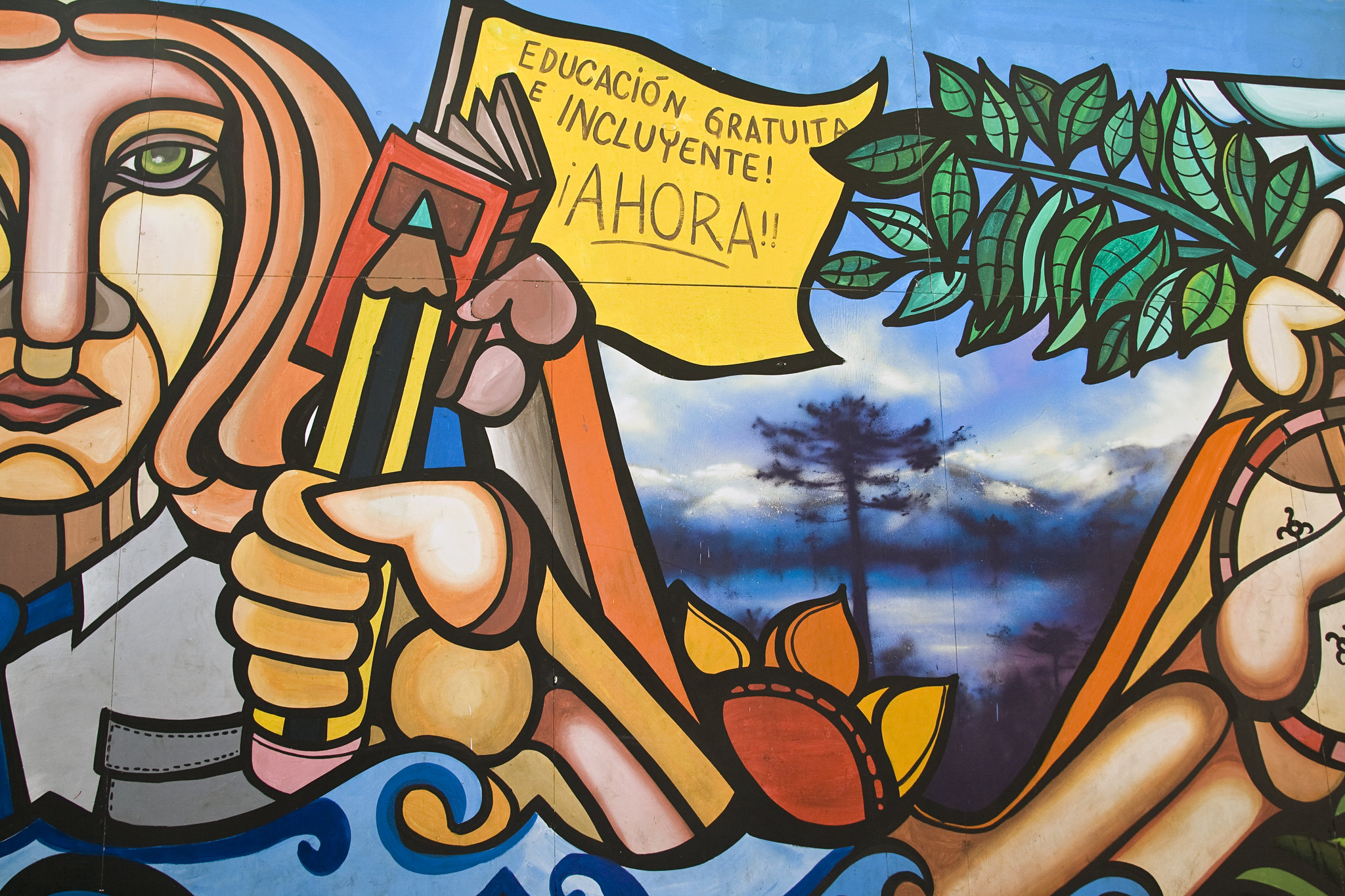 Daniel Jadue is the mayor of Recoleta, a commune that is part of the expanding city of Santiago, Chile. His office is on the sixth floor of a municipal building in whose lower reaches one can find a pharmacy, an optical shop and a bookstore run by the municipality that are dedicated to providing fairly priced goods.

On the walls of his office are emblems of his commitment to the Palestinian people, including flags and an iconic cartoon of Handala created by Naji al-Ali, a Palestinian cartoonist who was assassinated in 1987. “I am Palestinian,” Jadue tells me with pride. “I was born on 28 June 1967, just days after the Israelis took Jerusalem.” The struggle of the Palestinians, which has haunted much of his political life, he says, is “not so different from the struggle of the Chilean people. Both are fighting for the same thing: justice.”

Last year, Jadue said that he would run as the opposition candidate in the Chilean presidential elections in November 2021.

Polls show that he could be a serious contender, even the possible winner. Chile has been wracked by a wave of protests against the right-wing government of President Sebastián Piñera. These protests — as well as the mobilizations for a new constitution — provide the basis for hope that the left might re-take the presidential palace for the first time since Salvador Allende took office on behalf of the Popular Unity slate in 1970. 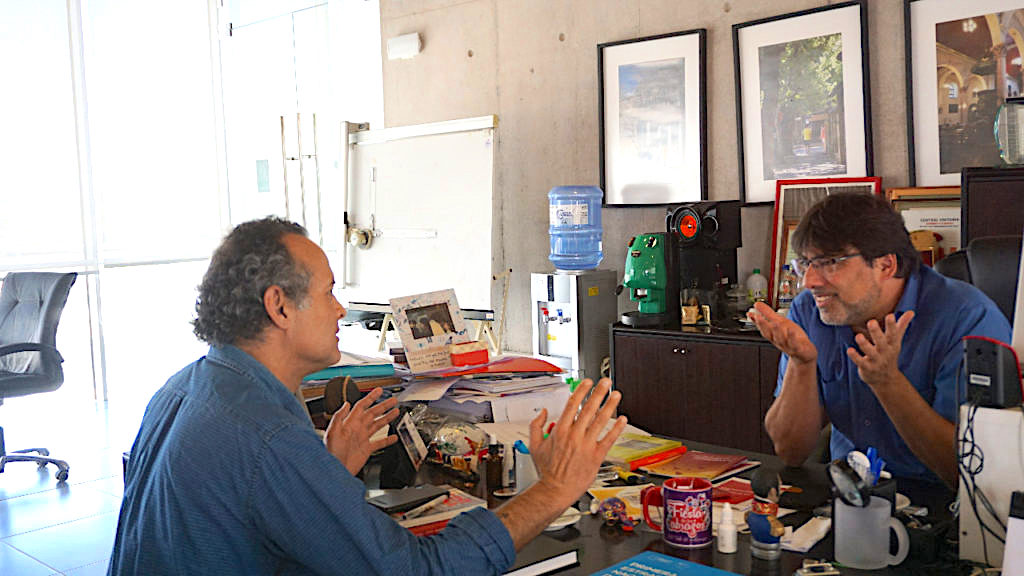 Daniel Jadue, at right, with the author, Vijay Prashad.

Within minutes of our meeting, it became immediately apparent why there is so much support for Jadue: he is an affable and decent man with a clear sense of his work and a deep commitment to people and their needs. Jadue is not afraid of the penalties that his candidacy has and will invite. Already, without any evidence, the Simon Wiesenthal Centre has called Jadue one of the 10 most dangerous anti-Semites in the world.

As a member of the Communist Party of Chile since 1993, Jadue is on a mission to reverse the course of Chile’s long experiment with neoliberalism. It is often said that neoliberalism — the policy platform of austerity for the people and riches for the billionaires — was first implemented in Chile. As the popular slogan goes, neoliberalism was born in Chile, and it will die in Chile.

Trained as an architect, Jadue has a clear sense of long-term planning. In 2001, he tells me, the communists in Recoleta developed a strategic plan to win the mayor’s office by 2012. At that time, the extreme right controlled the commune, winning over 50 percent of the vote.

The communist plan seemed outlandish. Jadue ran unsuccessfully for the mayor’s post in 2004 and 2008, finally prevailing in 2012 after building a wide coalition amongst the working class, the excluded sectors, and small merchants. Now, it is the extreme right that is marginal while the left wins over half the votes in Recoleta.

When General Augusto Pinochet led the coup regime from 1973 to 1990, the economic policy of the government was dominated by the Chicago Boys, a group of Chilean economists whose neoliberal policies served the interests of foreign multinationals. The essence of neoliberalism is the privatization of social and economic life, the reduction of taxes on the wealthy and on corporations, and the attrition of social welfare schemes and the public sector.

When Jadue and the Communists reclaimed Recoleta, the commune became a laboratory where they began to reverse the neoliberal dynamic. The mechanisms for this reversal were not a wholesale pivot to socialism, which is not fully possible given the legal and political constraints upon the mayor’s office; rather, they were an experiment in rebuilding the public sector.

Since 2003, Jadue has pushed an agenda for moving government resources to public education and to the neighborhood councils as the president of the local social and cultural organization La Chimba. From the mayor’s office, Jadue created a municipal pharmacy, optical shop, bookstore and record store, an open university, and a real estate project that operates free of the profit motive. “I have dreamt of this plan all my life,” Jadue tells me.

There is nothing especially radical about the Recoleta project, Jadue admits. Previously, the impoverished would come to the municipal office, ask for cash transfers to assist with medicines, for example, and then use whatever money was given to them to buy medicines from the expensive private sector. Now, instead of subsidizing the private sector with public funds, Jadue says, the municipality runs the pharmacy, which then sells the medicines at a just price. In doing so, the municipality is able to source the drugs at a reduced cost, which has saved them an enormous amount of money. 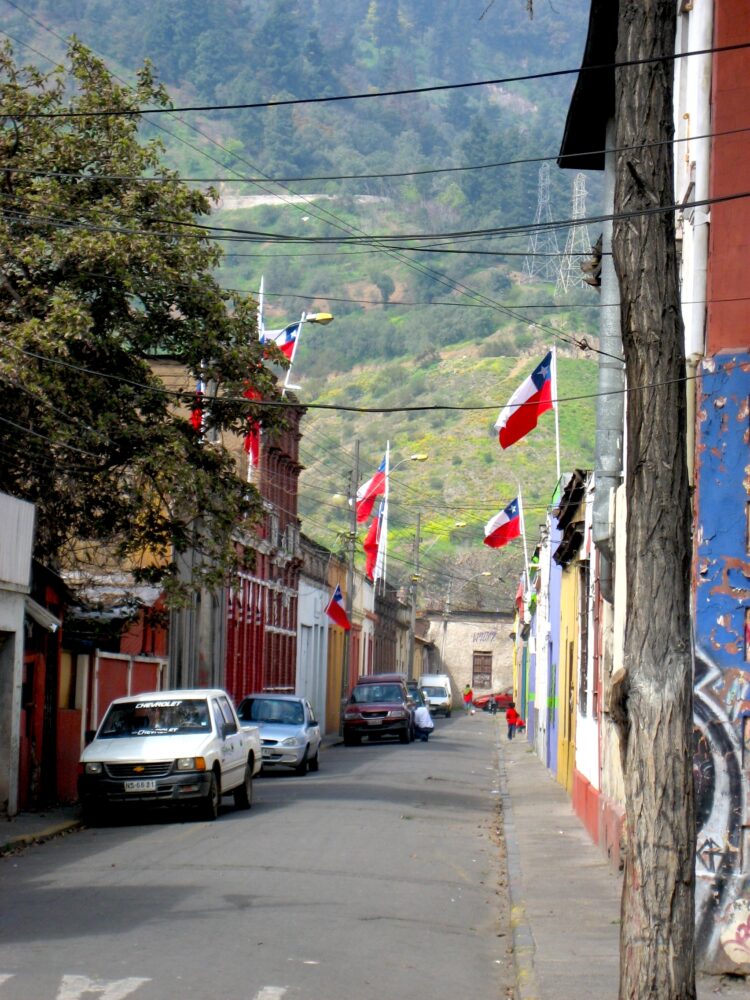 If this rational policy not only provides care for the poor and saves the municipality money, I ask him, why don’t other municipalities follow the Recoleta model? “Because they are not interested in the well-being of the people,” Jadue tells me. “Capitalism,” Jadue says, “creates the poor” and the poor then come to ask for goods and services from the state due to their relative powerlessness. “The poor are more honest than the rich. If the poor can buy goods and services at a just price, then they don’t ask for money.”

In 1910, six years before he published his powerful Chicago Poems, Carl Sandburg wrote a little pamphlet for the Socialist Party of America called “You and Your Job.”

Written in the form of a letter to a person named Bill, Sandburg opens with a long section on how Bill’s friend has just lost his job. It is easy, Sandburg writes, to say that it is the fault of the unemployed person that he is without occupation: he is lazy, he is incompetent, his failures are his. But these “failures,” Sandburg writes, are the consequence of the class to which he was born and not of his person.

“What you do yourself is individual,” Sandburg writes in a plainspoken style that would be familiar to Jadue. “What you do or with or for others is social. Get the distinction, Bill? Well, paste it in your hat and fasten it in your memory. But don’t lose it. If I can get you to keep in mind this difference between what is social and what is individual, I’ll hammer you into a Socialist.”

Neoliberal policy makes it harder to experience society in a civil manner. If people have a hard time getting a job, or if jobs themselves are more stressful, or if commute times increase, it is easy to expect tempers to fray. If medical care is hard to attain, if pensions deteriorate before higher expenditures (including taxes), and if it just gets harder to deal with everyday life, then anger will rise, and a general social misery will come out on display.

A Matter of Resources 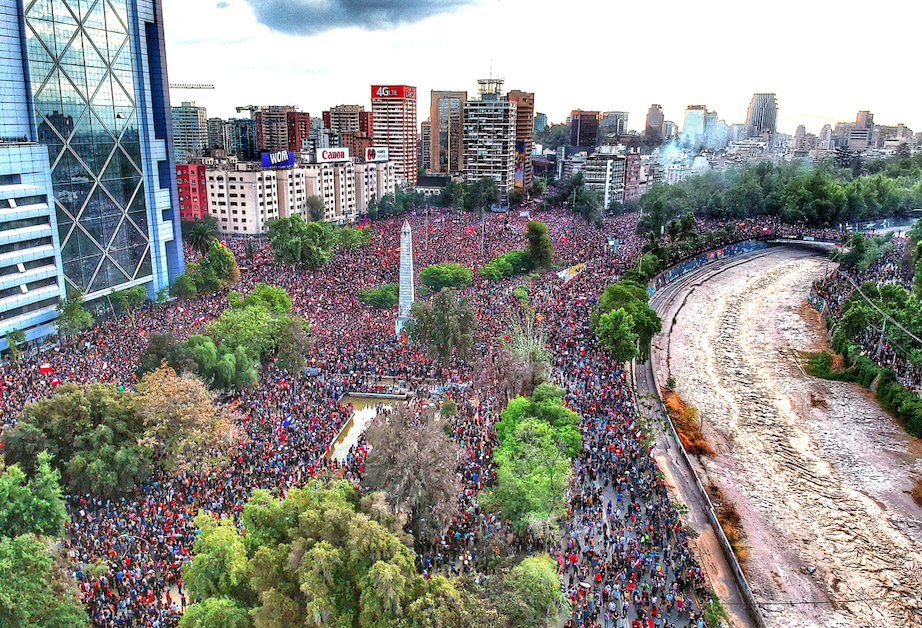 Civility is not just a matter of attitude. Civility is a matter of resources. Imagine if society used our considerable social treasures to ensure a decent livelihood for one another, to secure medical and elder care, and to guarantee that we tackle our pressing problems in a collective way. Only then will there be the necessary leisure time to rest among friends, to be a volunteer in our communities, to get to know one another and to be less stressed and angry.

Neither is “hope” an individual feeling. It has to be produced by people doing things together, building communities, fighting for their values. This is precisely what one sees in the Recoleta project, and it is precisely what is on display in other socialist projects across the world, from the Left Democratic Front government in Kerala and the revolutionary project in Cuba.

Imagine what all the resources hidden away in illicit tax havens and spent on wasteful things such as weapons and tax cuts could do to build a decent society: they could fund schools from pre-kindergarten to university, public transportation that can supplant fossil-fuel cars, public housing, hospitals accessed by universal health care, arts and community centres, and above all, a four-hour day at a full day’s wage so that there is time to help rebuild society.

When Kurt Vonnegut was asked whether Dresden should have been bombed by the Allies during World War II, he answered that it was, after all, bombed; the point, rather, was how one behaved after the bombing. The withdrawal of resources by the billionaires enabled by the policy slate of neoliberalism effectively bombs society, which is why the question on the table is how we behave in the midst of the carnage.

Talking to people like Daniel Jadue – and to others like TM Thomas Isaac (finance minister of Kerala) and to Elizabeth Gómez Alcorta (minister of women, genders and diversity in Argentina) – gives one a good sense of how to reverse the erosion of our social life. They do not only imagine the future; they are starting to build it now.