It would seem that the purpose of this land-grabbing “green” fuel, first and foremost, is to purify the collective conscience of the West, writes Phoebe Holmes. 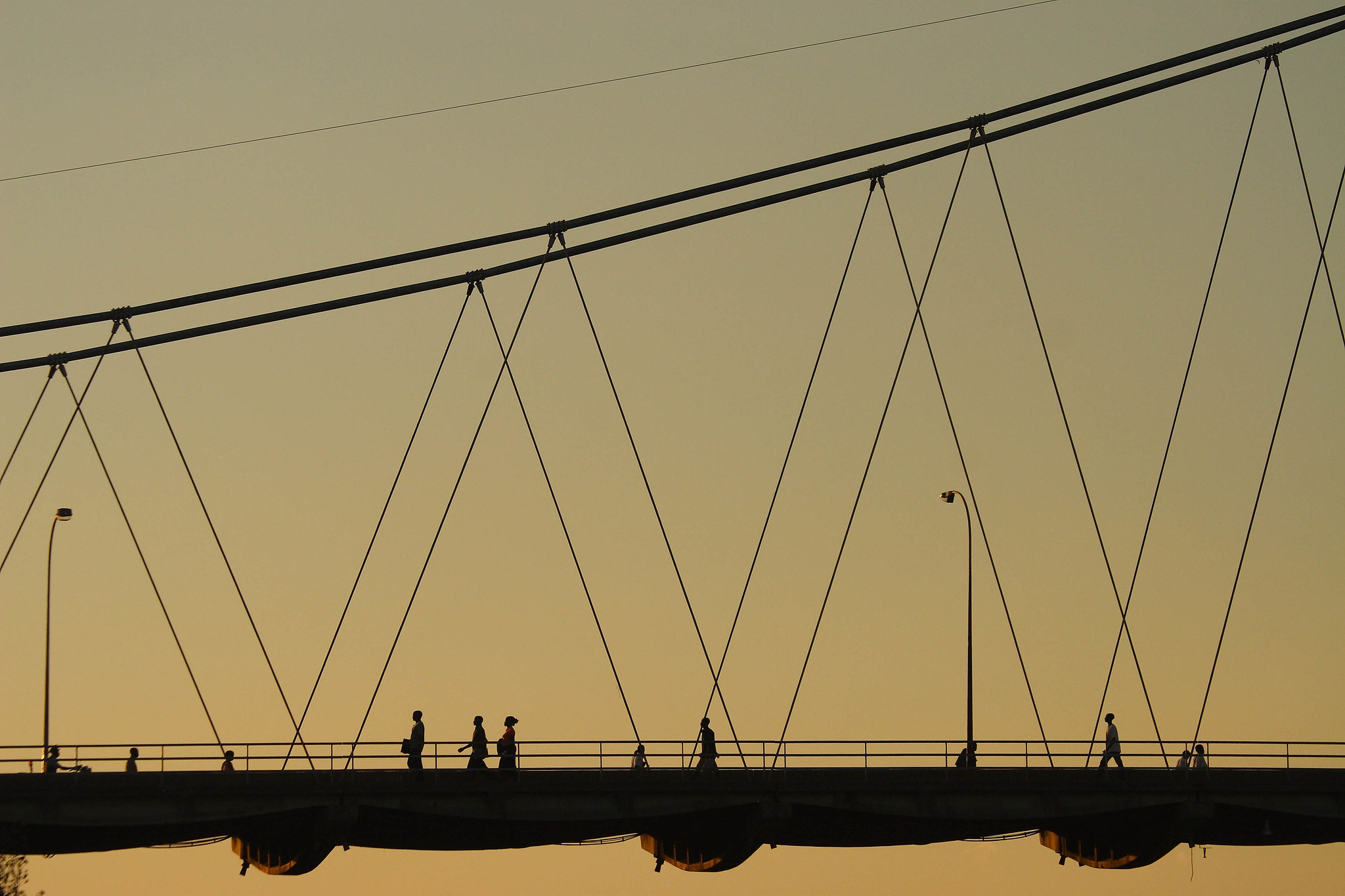 By Phoebe Holmes
Africa is a Country

Mozambique has been labeled by pro-capitalist actors as one of the most “promising” African countries for an economically successful biofuels sector. The country’s apparent underutilization of its agricultural landscape, and combined abundance of low-cost labor, aligns perfectly with the biofuels investment profile devised by international institutions such as the World Bank.

European governments are largely responsible for the global spread of the biofuels industry in the past decade, having set ambitious mandated targets for renewable energy to tackle crises surrounding climate, food, energy, and development.

The politically loaded term “agrofuel,” however, has surfaced referencing the intense social and political relations arising in biofuel production. With voluminous evidence demonstrating the various harms of industrialized biofuel production, it would seem that the purpose of this “green” fuel, first and foremost, is to purify the collective conscience of the West.

Broadly, the dominant narrative justifies sustainability assertions by incorporating crops’ end use only, ignoring the aggregate climate impact that occurs in the production process.

This generates new frontiers for capitalist expansion through the “façade of market environmentalism.” The primary environmental consequence of biofuels presented by academics is the increase in greenhouse gases, that is the carbon debt, that occurs through several avenues during generation, such as lost carbon sequestration potential of original forestry cleared, and carbon leaks upon decaying of wood products. Although these insights are significant, the prevailing preoccupation with greenhouse gas emissions inadvertently succumbs to Western-centric macro concerns — it is consumers in the global North who have been promised carbon reductions from switching to renewables.

While this outcome does affect the population globally, albeit rather disproportionately, it is local biodiversity loss and degradation of resources that will have the greatest effect on communities in regions of biofuel expansion. 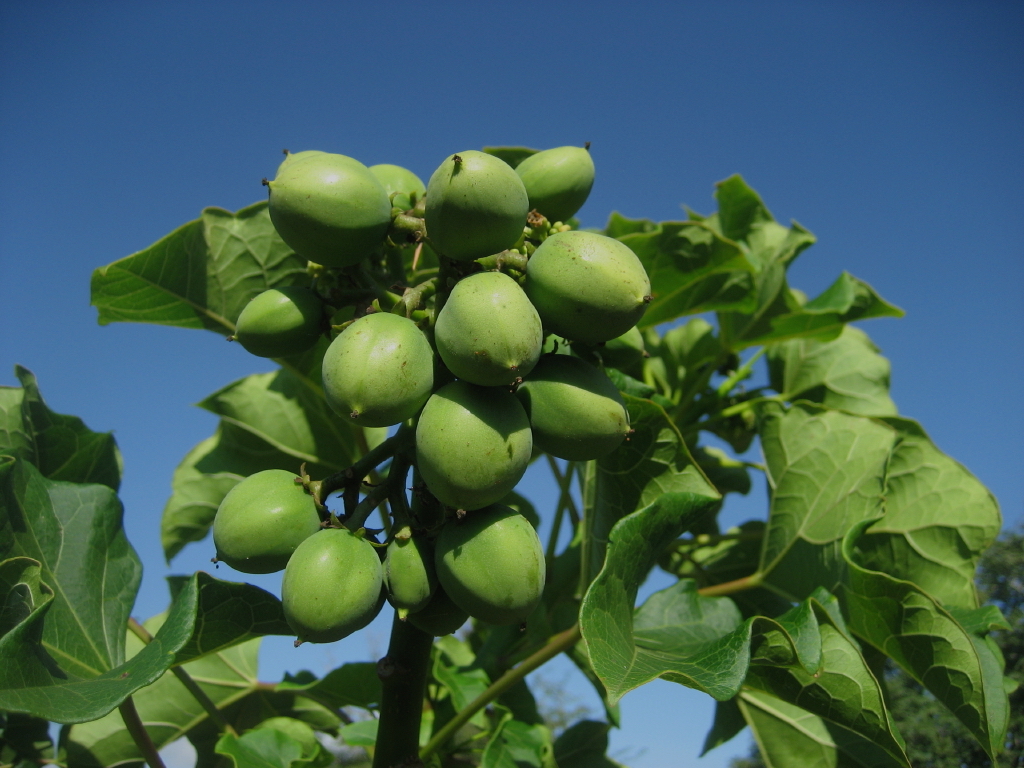 Large-scale land acquisitions are justified through assertions that only “marginal,” “idle,” or “unused” areas will be allocated to biofuel production. Yet, it has been exposed that land is flippantly deemed marginal if it is not utilized in a neoliberal sense (exploited for commercial profit).

In Mozambique, consistent with other African contexts, most lands classified as idle actually are being used, but in more traditional ways. Further to this, it is often the most vulnerable of groups, such as women and refugees, that rely on these lands to grow crops and graze cattle. The biofuels industry thus legitimizes and greenwashes acts of land-grabbing, to the detriment of some of the most marginalized in society. 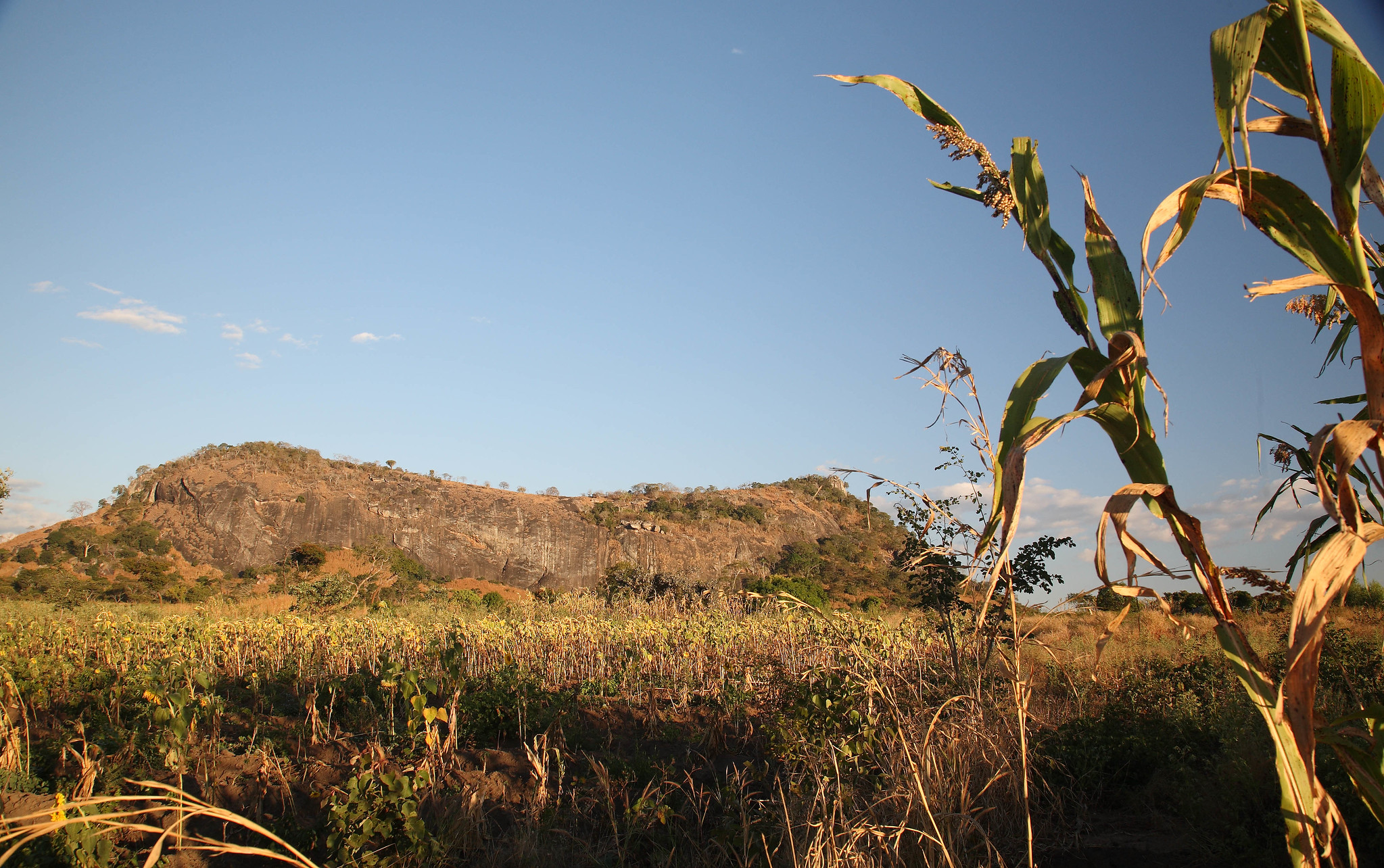 Given the foundational role of ancestral agricultural land in many civilizations, these practices constitute vast spiritual and cultural loss. The displacement process has been aptly labelled “accumulation by dispossession,” highlighting how the needs of capital are met by disrupting local communities. Awareness of nation states’ facilitative role in these processes is vital. The Mozambican state consistently fails to uphold its proclaimed sovereignty, cultivating enabling conditions for elitist interests, enjoying close relationships with external investors, and acting as broker in transactions. 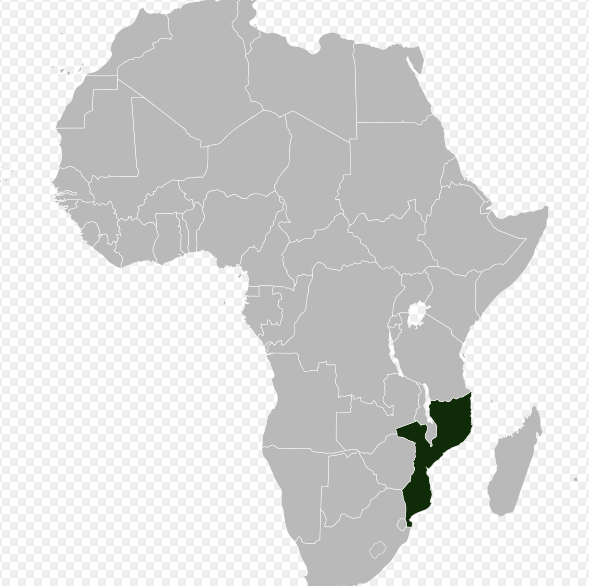 Biofuel projects are publicized as positively contributing to consumption of local goods and services, income, employment, productivity, and technological transfer.

Exemplifying the extent that job creation is overestimated and/or overplayed, one project in Mozambique had pledged a generation of 2,600 jobs, yet created fewer than 40 full-time positions.

Highly asymmetric power relations supplant the need to adhere to any such promises. This causes many to be pushed out of legitimate employment and toward the informal economy, where rights, conditions and opportunities are bleaker. The capital-intensity of corporate, mass-scale biofuel production means that many of Africa’s investor hotspots are unable to organically absorb labor expelled from the land’s original use, creating societies of so-called “surplus people.”

Land tenure historically tells us that the likelihood of communities economically benefiting from these opportunities is limited. Although contracted work is desirable for some, on occasions where job creation does materialize, it is often seasonal, unreliable, involves lower wages and poor conditions. 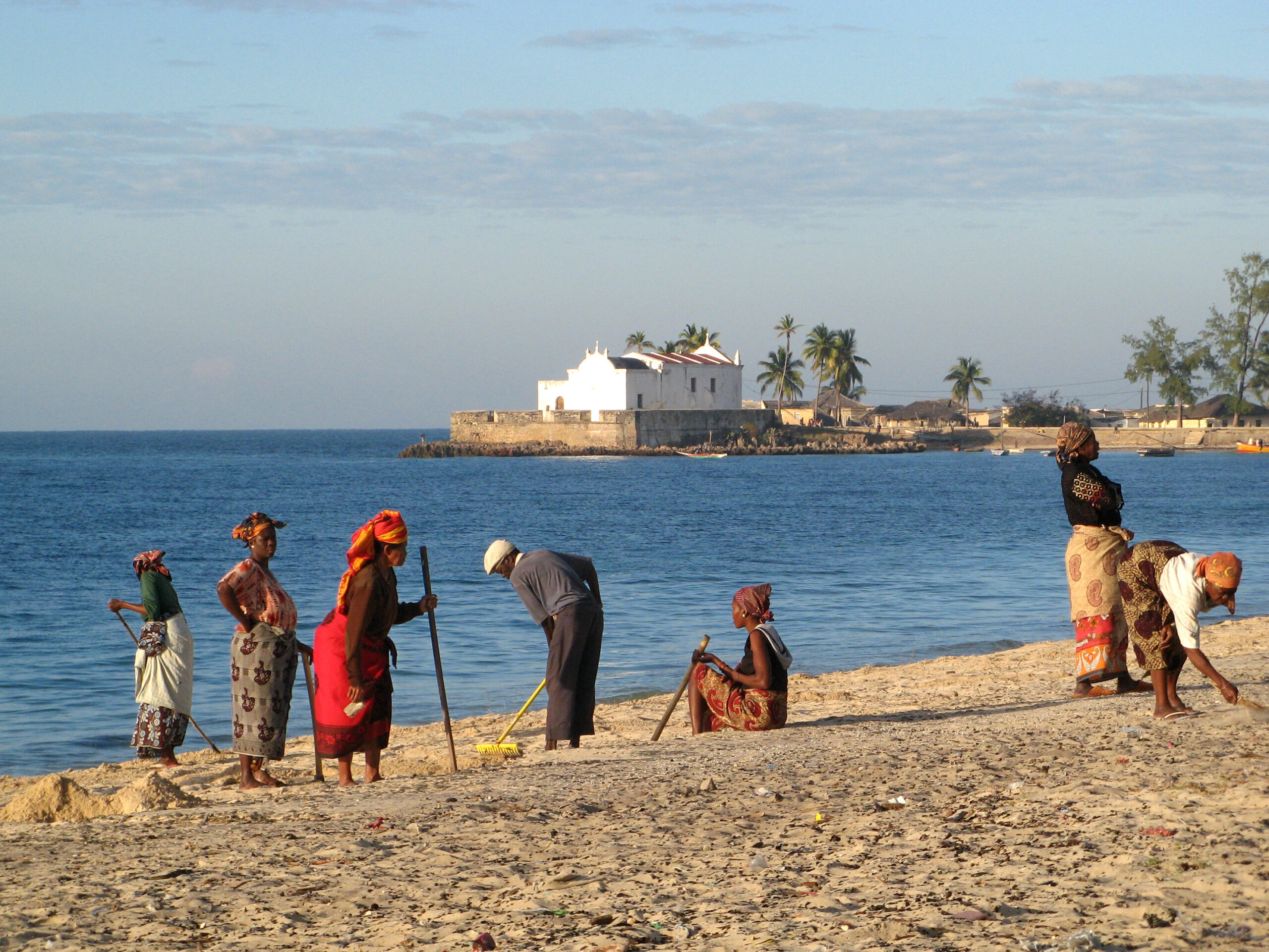 The more fundamental matter, though, is the subordinate position that workers (the “lucky ones” in the biofuels landscape) will find themselves in, through their subjection to wage labor relations and production requirements. That employment can be used as a legitimation tactic for biofuels projects, despite such a dismal track record in this area, is indicative of a distinct lack of accountability, attributable once again to the distorted power relations in the industry.

Increasingly aware of biofuels’ socially destructive path, many have advocated for normative solutions to address these challenges. These include the development of social frameworks and adaptation strategies, intensification of production, or the adoption of technical interventions such as accountability, transparency, and free, prior, and informed consent.

However, change advocated without any fundamental paradigmatic alterations will necessarily be inadequate. Such positions are consistent with powerful orthodox actors, who regard native systems as backward, and continue to reject any philosophy of social reproduction that is not underpinned by accumulation and private property.

To insist that rural populations should acquiesce to the current system of global, commercialized, agricultural production crucially forecloses the opportunity for the self-determination and political autonomy of rural groups.

The win-win narrative upheld by mainstream actors, who claim that biofuels can green Western consumption habits and simultaneously assist development efforts in the global South, must be scrutinized. Far more work is needed to identify the cultural, spiritual, ecological, and social ramifications as the industry burgeons into unprecedented territory, and these investigations must place rural communities at their center.

Phoebe holds a Masters in Global Development from the University of Leeds and is interested in the political economy of natural resource management, indigenous rights and economic crime.

2 comments for “Greenwashing Acts of Land-Grabbing”