Labor unions are the single most effective way organized workers can counter the power of organized money known as a corporation, writes Thom Hartmann. 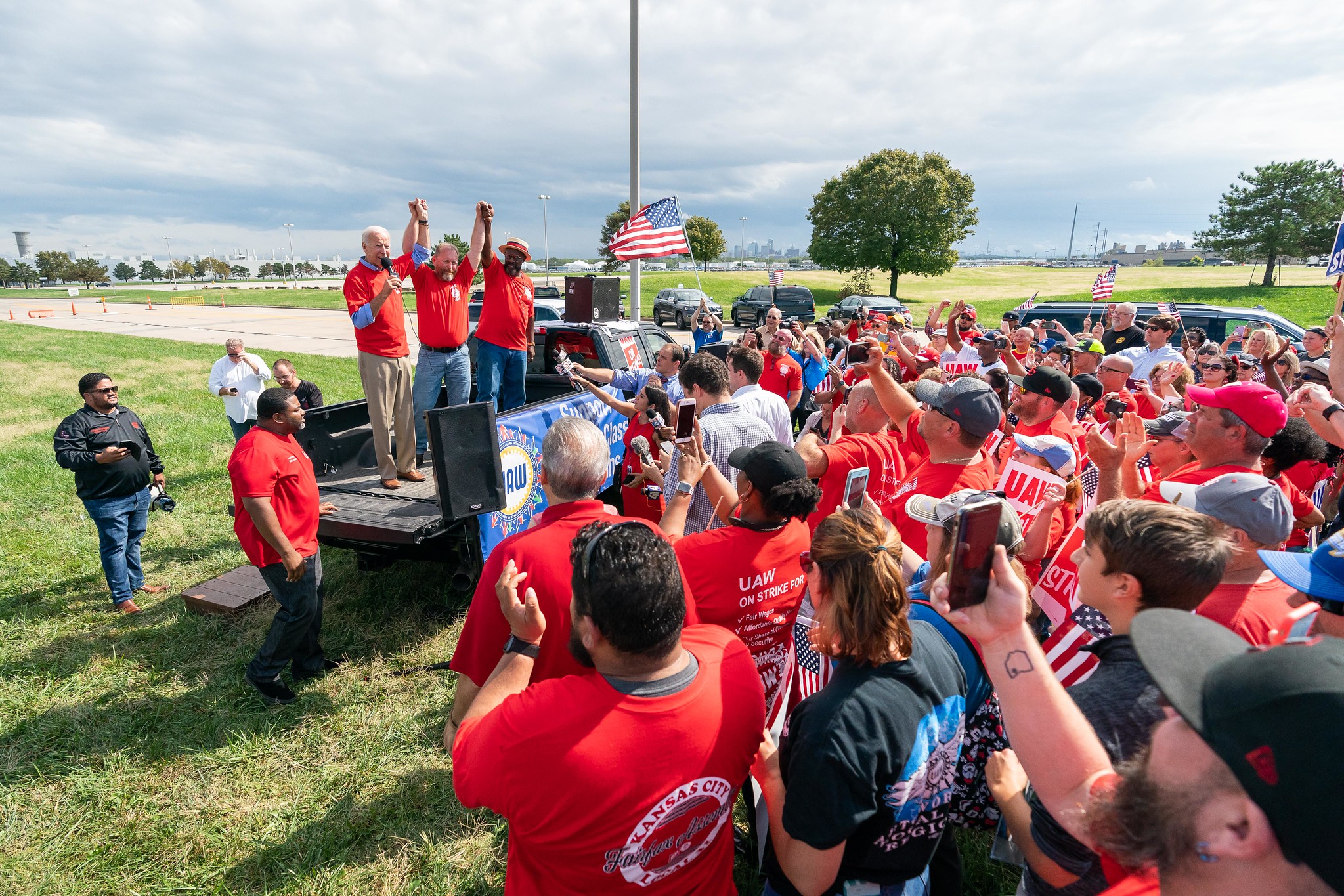 Joe Biden recently took a remarkable step toward restoring the American middle class: he openly defended the right of workers in Alabama to unionize their Amazon facility.

“Today and over the next few days and weeks, workers in Alabama, and all across America, are voting on whether to organize a union in their workplace,” Biden said, adding, “There should be no intimidation, no coercion, no threats, no anti-union propaganda…”

In doing so, Biden becomes the first Democratic president since Lyndon Johnson to openly side with workers trying to unionize against a specific major corporation.

Biden also, the day he was sworn into office, fired Peter Robb as general counsel of the National Labor Relations Board; Trump had put Robb there because he was the guy who, during the Reagan administration, helped engineer the destruction of the Professional Air Traffic Controllers Organization (PATCO).

In most of the developed countries of the world, unionization rates run from 50 percent to 90 percent. Here in the United States the private sector is unionized at around a 6-percent rate. Labor unions are the single most effective way organized workers can counter the power of organized money known as a corporation.

When Ronald Reagan became president in 1981, about a third of Americans had a good union job, with union representation to defend them against workplace abuses and capricious firings while fighting for worker’s benefits including healthcare and pensions. 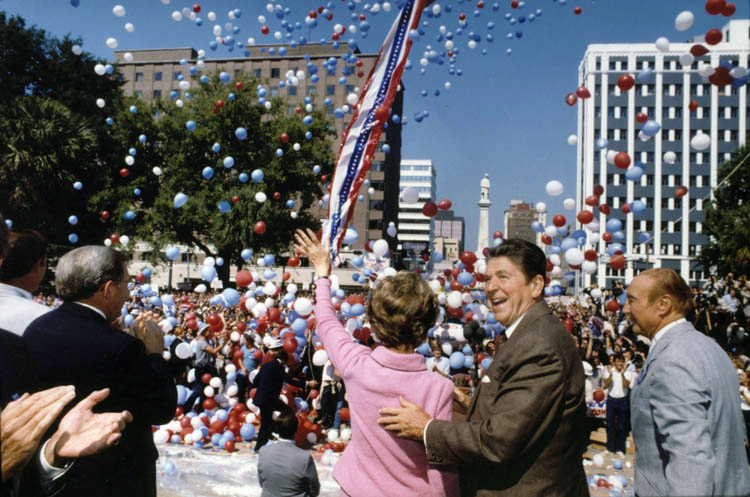 Reagan had two mandates from the movement conservatives of his day when he was sworn into office in 1981: to de-fund the Democratic Party, and to reduce the wealth of the American middle class.

The pro-business groups that poured money into Reagan’s campaign (following the legalization of political bribery by the Supreme Court four years earlier) wanted the pesky Democratic Party out of their hair, and unions were the party’s major source of funding. Thus, they had to be taken down.

Meanwhile, conservative philosophers, like William F Buckley Jr. and Russell Kirk, believed that the middle class getting too wealthy was what had led to the “social chaos” of the previous decade, with the women’s, civil rights, and antiwar movements all seizing the streets and upturning the norms of both white male and corporate behavior. And they were “wealthy” because they had good union jobs.

To restore “peace and prosperity” to America, conservatives believed it was vital to reduce the income and wealth of working class Americans. They believed working-class people couldn’t appropriately handle all the freedom that came with owning their own homes, their kids being able to go to college for free, women participating in the workplace, and minorities getting jobs they had been previously barred from that let them begin climbing the economic ladder.

Unions helped all these things happen, in addition to very slightly reducing corporate profits, which is why they were No. 1 on conservatives’ hit-list.

Back in that day, union power balanced corporate power. For example, growing up in Michigan we had two statewide newspapers: The Detroit News and The Detroit Free Press. One had an entire separate section devoted to business news; the other had an entire section devoted to news happening within the labor movement, both locally and across the country.

That labor paper is now long gone, as are the “labor sections” that were once normal in newspapers across the country. The Supreme Court also jumped into the act around Reagan’s time with dozens of individual decisions that tilted the balance of power away from workers and toward corporate CEOs. 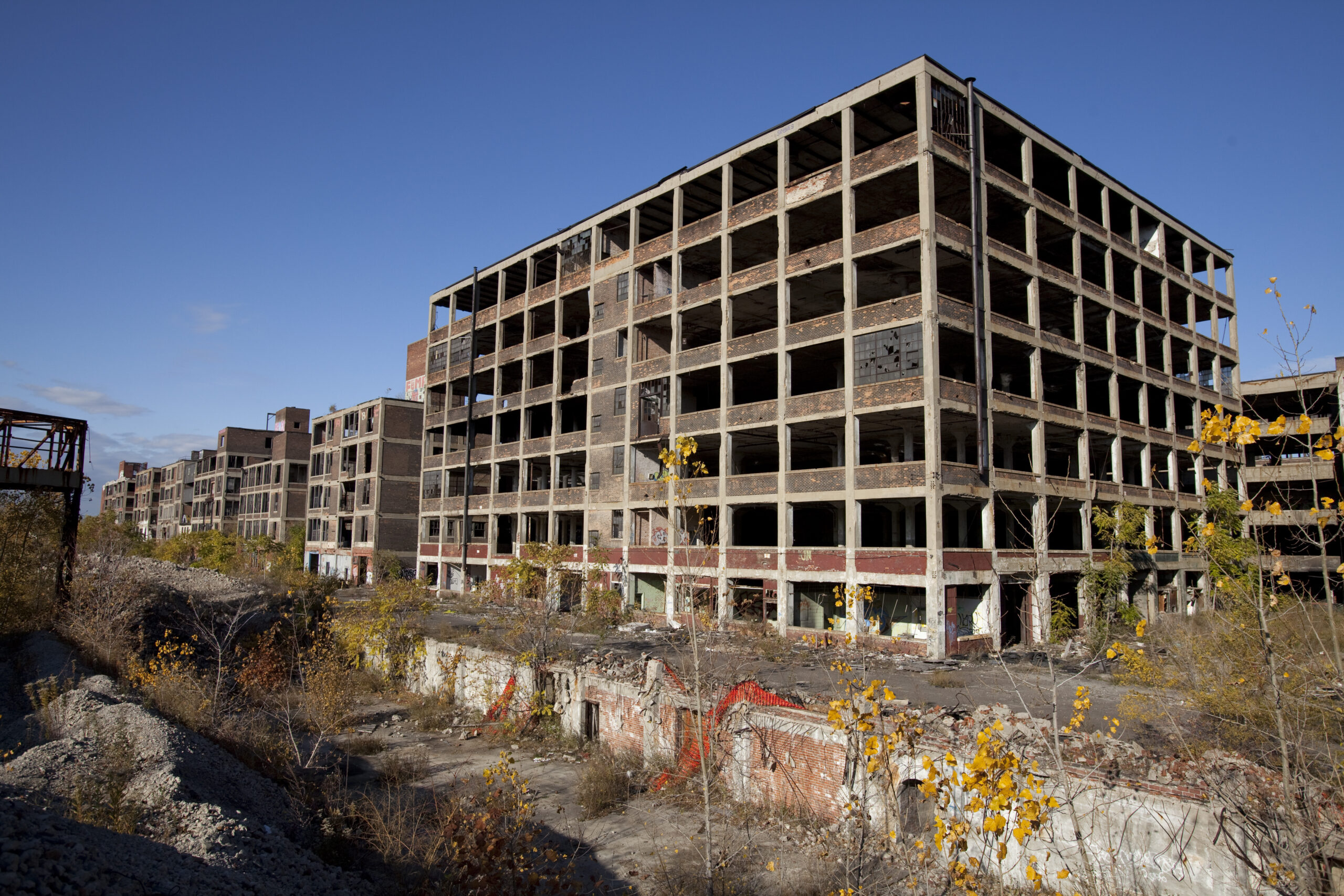 Rightwing media was filled with rants about “union bosses” and “union thugs,” phrases that would later migrate to rightwing talk radio with the advent of the Rush Limbaugh Show and his hundreds of imitators in the late 1980s.

Limbaugh and his imitators succeeded in dramatically changing the language and perspectives of many average working class Americans in the years immediately after Reagan took down the air traffic controller‘s union in his first year in office, and then kicked off a multi-decade crusade against unionization and unionized workers.

In the 20 years following Reagan’s election, even the word “liberal,” often associated with unions, became so toxic because of the way liberals were vilified on rightwing hate radio that Democrats started refusing to use it to identify themselves. 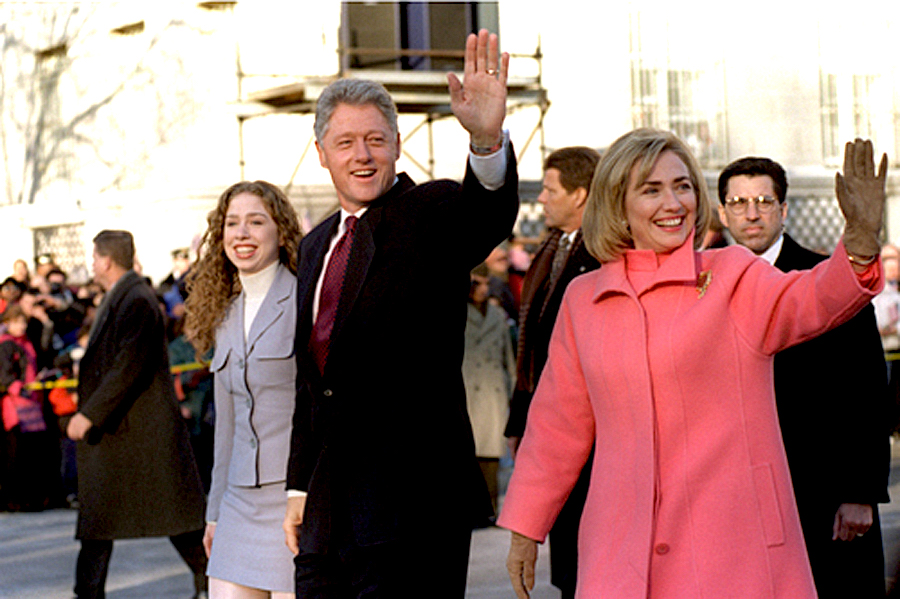 Bill Clinton even used a State of the Union address to famously declare that “the era of big government is over,” and one of the functions “big government” had played over the previous 60 years had been guaranteeing the right of workers to unionize. These union rights continued to collapse rapidly through the 1990s and 2000s. [Ed: thanks in large part to Bill Clinton’s labor policies.]

That right to form and keep a union had been key to building the most vibrant middle-class the world had ever seen in the 1950s, 60s and 70s, which is why it was under attack from conservatives on the Supreme Court and Congress, all supported by rightwing billionaires, think tanks and a national media that was increasingly becoming becoming concentrated in conservative corporate hands because Reagan had stopped the enforcement of the anti-trust laws in 1983.

My family lived in a lower middle-class neighborhood on the south side of Lansing in the 1950s and early 60s and about two-thirds of the fathers in my neighborhood worked at Fisher Body or Oldsmobile, all good union jobs.

I knew two people on my block whose families had small summer cottages up in northern Michigan, and another who owned some acreage that his family used for hunting during deer season. Everybody had a new car every two or three years, and everybody took vacations: Yellowstone was probably the most popular that I heard of.

My dad worked for over 40 years in a small tool-and-die shop, and every year was responsible for negotiating the Machinists Union contract for the 13 men in that shop. All four of his sons grew up to be union members and did well by it; two of my siblings became shop stewards, and all three of my younger brothers are now enjoying comfortable retirements with excellent pensions and health benefits. The youngest is 62.

I realize this may sound, to younger readers, like, “Back in my day…” in a grandpappy voice, but the point is that this was once normal in America, Particularly for white people but also for a growing number of African Americans, which was another one of the things that alarmed Reagan and his billionaire backers.

When Dad retired his house was fully paid off, he had money in the bank, and he had a pension that not only provided for him, but also for my mom long after he died in 2006. It was one of the few pensions that Reagan’s changes in corporate governance laws hadn’t allowed a hedge fund, private equity company or larger corporation to steal and then bankrupt the company so they could convert the pension-fund money into multi-million-dollar CEO bonuses.

Biden’s recent speech represents a new beginning; this could become the new normal across our country, if the small seed that he planted calling out the Amazon warehouse in Alabama leads to a successful unionization vote and thus a new starting point for a revived union movement across America.

The second major step toward that revival of America will be passage of the PRO Act, which would roll back the so-called “right to work” laws in 28 states that make it harder to unionize, would prohibit employers from forcing employees to watch anti-union propaganda films and listen to speeches from anti-union lawyers, block employers from penalizing or firing workers who are trying to unionize, and end the “right” of employers to permanently replace striking workers with scabs.

Over a century of history around the world, and particularly here in America, shows that unions are the main key to reestablishing a healthy and vibrant middle-class. There’s no time to waste.

This article is from ThomHartmaan.com.