After the Capitol uprising, rather than earn Americans’ trust by ruling in their interests, the government has begun building defenses against the people, writes Joe Lauria. 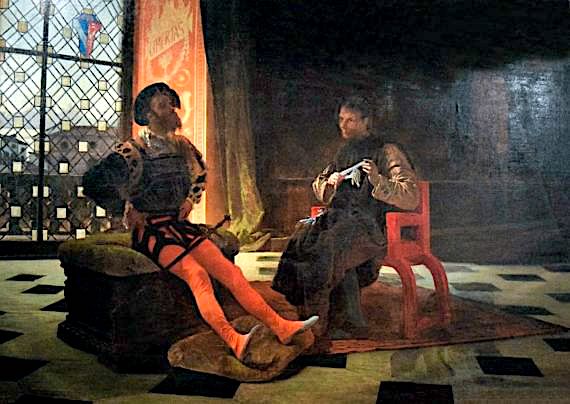 “It is far better to earn the confidence of the people than to rely on fortresses.” —Niccolò Machiavelli, The Prince.

Judging by the response of the Biden administration and Congress to the violent takeover of the Capitol it’s clear Machiavelli’s advice has been ignored.  Instead of winning the confidence of the American people by enacting an agenda that serves their interests rather than billionaires’, the new Democratic rulers are busy building fortresses.

Washington DC will remain an armed camp of thousands of National Guardsmen until at least March following the inauguration and weeks after the Capitol siege. It prompted former Democratic Congresswoman Tulsi Gabbard to ask President Joe Biden what his intentions are.

President @JoeBiden, have you declared martial law? Because that is what it’s starting to look and feel like. Let our troops get back home to their families. pic.twitter.com/FCbJTyAH3K

Rather than earning the confidence of the American people with a legislative agenda that meets their needs, especially national health insurance in the middle of a pandemic (which Biden and Democratic congressional leaders opposes), the president (who is proud of writing the basis of the Patriot Act) has proposed a new domestic terrorism law that targets the population.

The U.S. faces a crisis of confidence in government, not a domestic terrorism crisis.

The Democrats are further eroding the people’s trust with government censorship by proxy through social media giants aligned with the party’s goals. They started with banning Donald Trump from Twitter and Facebook, then Parler was destroyed, and now leftist social media accounts have been demonetized, suspended or removed.

The aim appears to be not only to silence its critics, but to chip away at the right and left margins so that only centrist, official mainstream media will be left standing—in a fortress of information. They aim for a world in which the only news sources are the The New York Times, CNN and other corporate media to perpetuate the deception of American benevolence and protect the interests of the powerful from the people. Meanwhile, public confidence in mainstream journalism erodes.

Machiavelli also advised rulers: “Never attempt to win by force what can be won by deception.”  The draconian response to the Capitol uprising reveals that the normal way the U.S. manages its population–through deception–is failing.

The U.S. has long deceived Americans that it is committed to democracy at home and spreading it abroad.  Despite decades of evidence to the contrary, this deception is daily promulgated on behalf of rulers by corporate media. But fewer Americans are being deceived and realize that while inequality at home widens, U.S. ferocity abroad continues.

When deception fails, only force is left.

We’ve seen that for decades in Eastern Europe and in the Middle East: when the official narrative fails, people go to the streets and governments respond with belated and ineffectual reforms, continued (or intensified) censorship and ultimately armed force.

While the Democrats smear all Trump supporters as “fascists” and “white supremacists” they join Republicans in confronting growing social unrest.

The lesson leaders of both parties have not learned is: don’t make further enemies of the American people. Serve their interests and earn their confidence instead.

New statement from acting US Capitol Police chief: "Vast improvements to the physical security infrastructure must be made to include permanent fencing" pic.twitter.com/6JMPfcn1E9