The new president could take executive action on many of the largest problems within the United States, right away, on his own.

What if it could get done now? What if all (or many) of the largest problems within the United States could be solved now? What if the most exploited, the most troubled, the most chopped-up-masticated-and-drooled-out-by-the-American-machine populations could be helped right now? No Congress. No 10 years of “building up power” just to achieve a post-abuse pat on the head. None of that. Just fixing the problems now. Right now. Well, it actually is possible.

I think we can all agree that Congress is basically a pit filled with hungry crocodiles in the later stages of lead poisoning, each with a different degree of dementia. (And I know that’s being generous in terms of their mental acuity.).

The crocs then munch on it, swallow it, digest it, and shit it out everywhere (while maintaining calm, comforting facial expressions for the millions of Americans watching at home). Then the mainstream media gazes lovingly at the rancid pile and festoons the garish sight with grandiosity by saying something like, “We’re watching democracy in action.” And that’s the end of the process. (Do they teach that in high school civics? They should.)

But what if I told you there were myriad things President Joe Biden can do without ever getting near the crocodile pit? And in fact, President Donald Trump perpetrated every manner of hideousness without congressional approval? 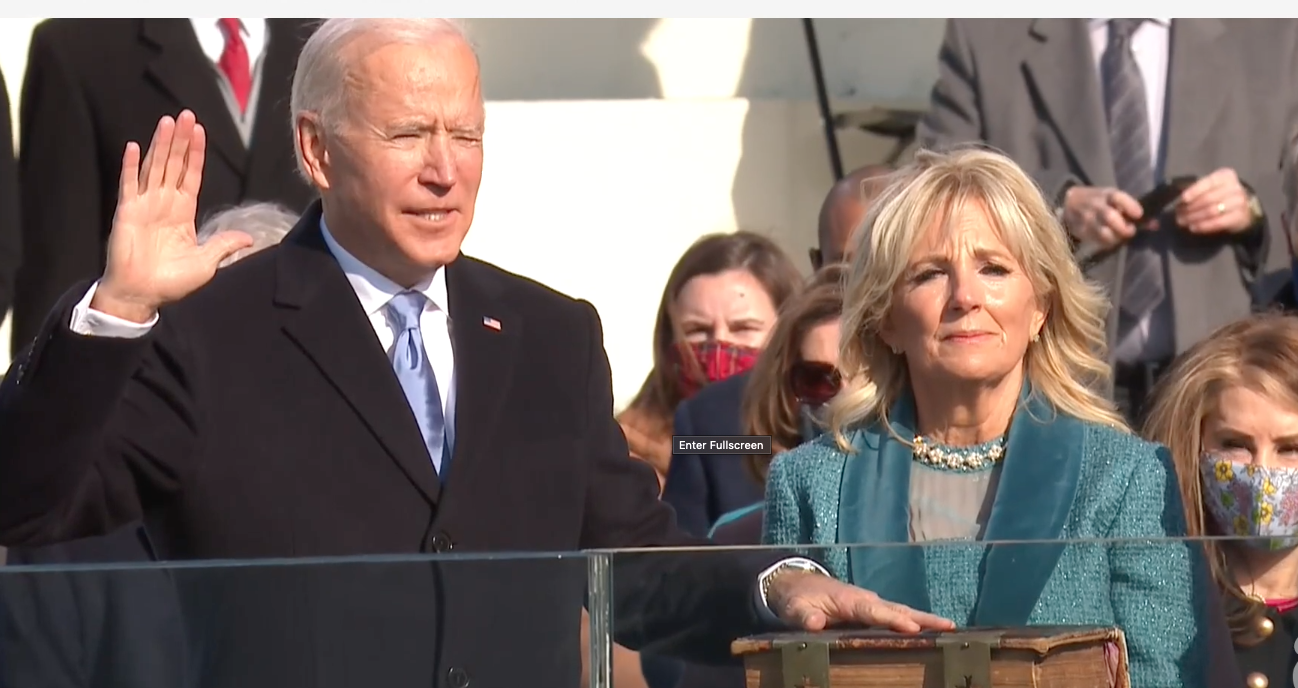 Below are the Top 10 executive orders Joe Biden could sign, benefiting all Americans… even without help from the intellectually impoverished crocodiles.

The American Prospect has published numerous articles on these possible executive actions. I’m not going to focus on whether Biden will do these things (he won’t), but let’s give him the benefit of the doubt (he won’t do them) since he hasn’t even settled into the office yet (he totally won’t do any of this) and no one can know for sure what he’ll choose to do (not a chance). Maybe he’ll be awesome! (Nope.)

1. Joe Biden could start by protecting all immigrants.

Immigrants are some of the people struggling the most during this pandemic. There’s a provision in our laws called Temporary Protected Status, which allows an immigrant to stay here without fear of deportation, and considering how they’ve been treated over the past four years, I think they could use a break. Can we please give them a second to catch their breath before the next round of good ol’ American xenophobic bigoted hatred towards people who are even slightly different? (Hell, if you just have a different haircut we might put you in a cage and give your kids away to a group of Guatemalan paramilitary drug runners.)

As Marcia Brown writes “[Temporary Protected Status] is a blanket protection offered to a country’s nationals who have experienced a natural disaster such as hurricane or earthquake, civil war, or other extraordinary circumstances.”

Hmmm, a natural disaster you say? Oh, they mean like a fucking pandemic. Between the pandemic, U.S. bombing overseas, U.S. economic sanctions, climate change, and auto-tune —pretty much every country in the world right now is experiencing some kind of disaster. …Except Finland. (But they weren’t immigrating here anyway. You don’t hear a lot of Finnish people saying, “Is there a place I can move to where I could pay tens of thousands of dollars for healthcare, pay way more for education, and if I have a baby, be forced to strap it to my chest while I continue to load Chicken McNugget goo into the meat squirter because there’s no maternity leave? There IS such a magical land?!”)

Point is – Joe Biden could give Temporary Protected Status to every immigrant in the country immediately without congressional approval.

2. Next up, Biden could end the War on Terror.

That’s right. Congress gave up its war powers long ago. So Biden, all by himself, could end the War on Terror. Afterall, this “war” (against an emotion) made no sense from the beginning, and it has killed millions, made America less secure by making us despised worldwide, and has always been unconstitutional. 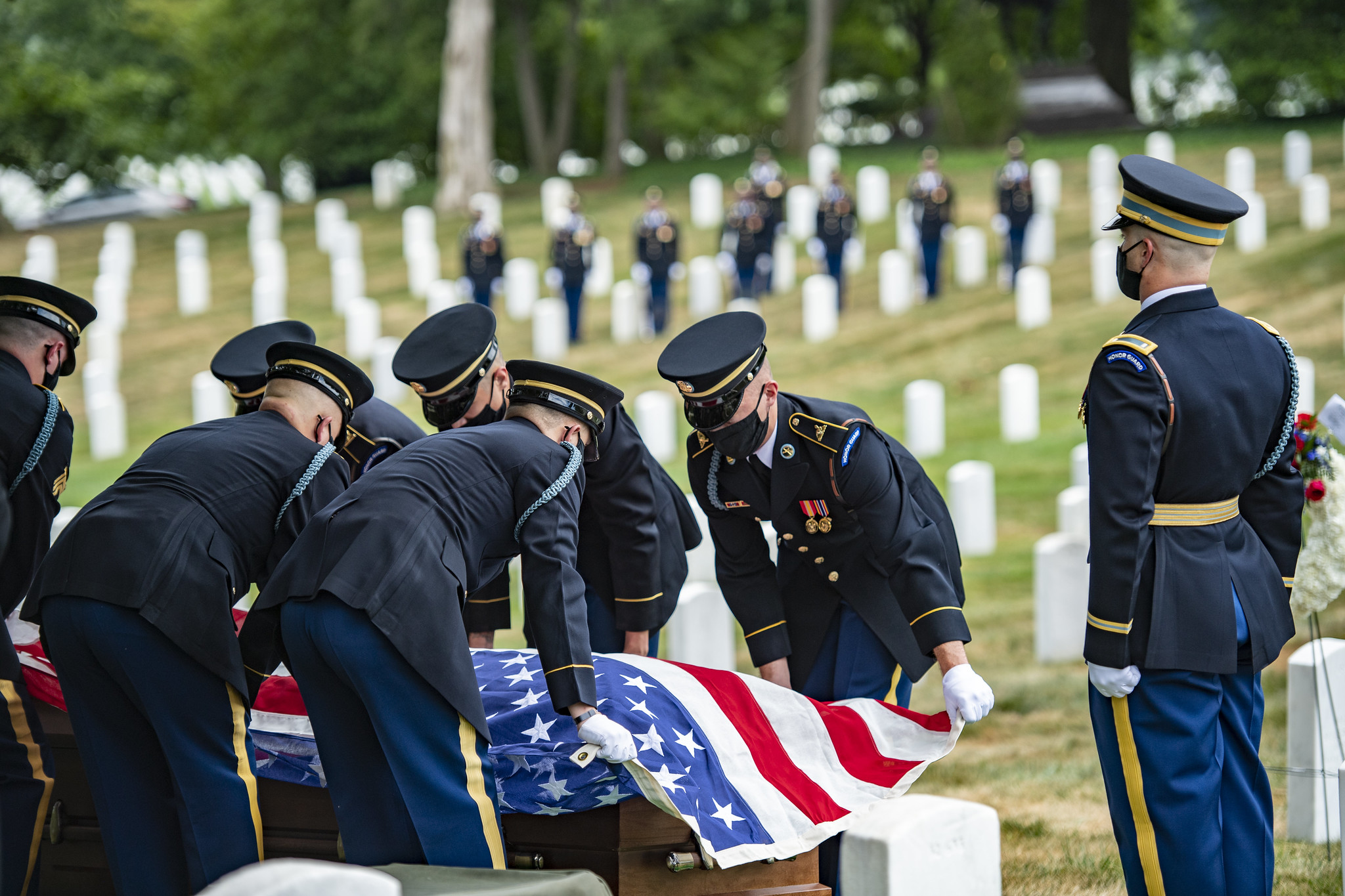 So, the most law-abiding, sweet, kindly, heroic thing Mr. Biden could do is end this evil, villainous, dastardly, dark, depraved, morally repulsive, vulgar, nefarious, malignant, malicious, poisonous, and poopy ENDLESS WAR! …Not that I have an opinion either way. Just an idea.

3. Next – the new president could give us tuition-free college without Congress.

And guess what — having more educated citizens without debt means a better society in general. If your neighborhood isn’t educated, the people often can’t make a good living, and then the neighborhood goes into disrepair — which is when the crooks and the head-bangers and the con-men and the witch whisperers show up. And before you know it your little girl has lost her mind virginity to a charlatan ridin’ around in a crank mobile! (We’ve all seen it happen.)

But rather than attacking student debt, it seems Biden and his allies are slowly decreasing the amount of student debt they say they plan to erase. First they said everything under $50,000, then $25,000, and now it’s $10,000 and under. Pretty soon Biden will proudly unveil his plan to erase $13 of student debt for every American and send us each a free coupon for Hamburger Helper.

So with just three executive orders, Biden could end war, save all the immigrants, and end student debt — not bad for before breakfast. On the other hand, my executive orders usually just stipulate that my cat can’t eat my sandwiches anymore, and they hold very little power. 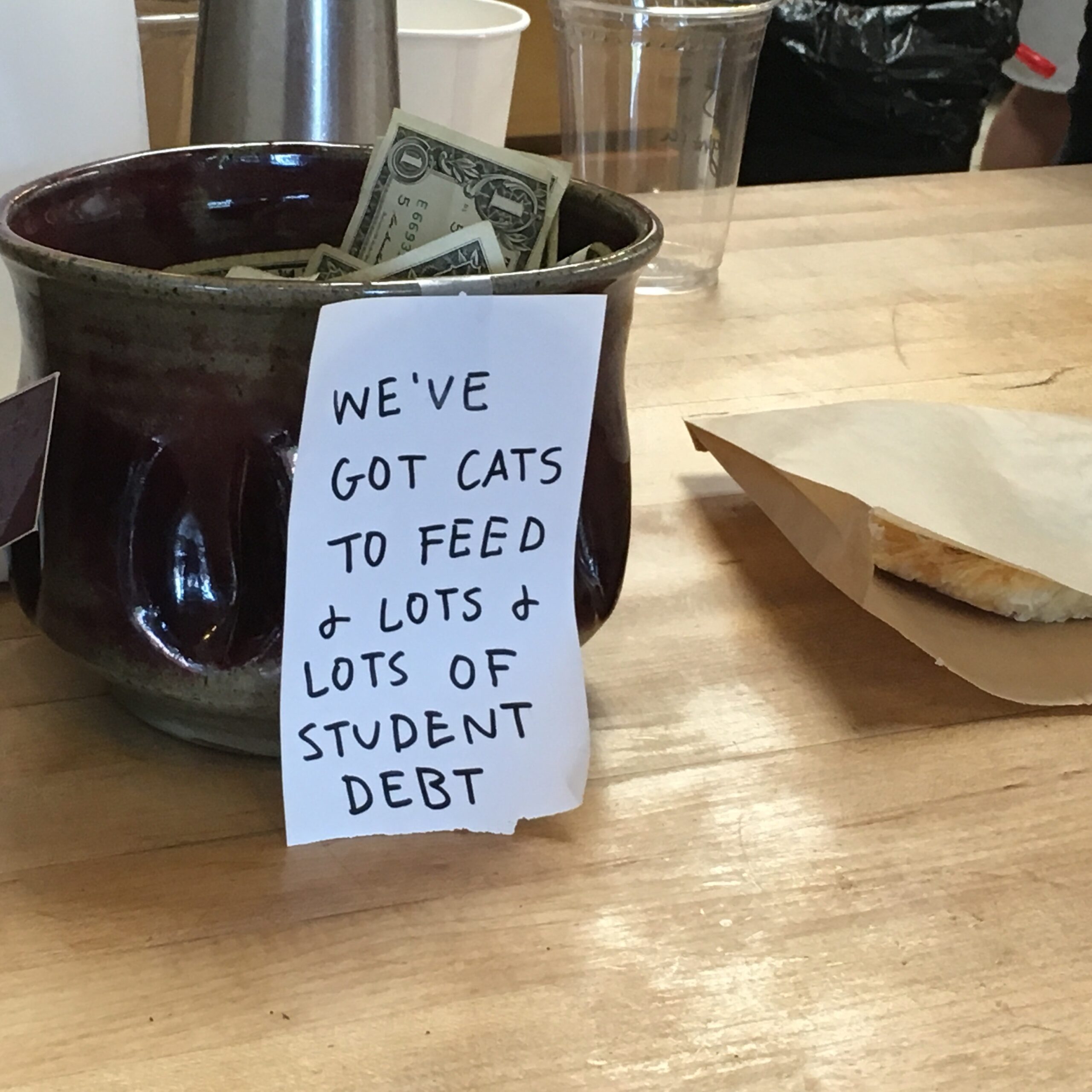 Let’s move on to ending poverty. Poverty is of course raging out of the control right now, with millions facing eviction and Americans waiting hours at food banks. So, what could Joe Biden do without Congress to get more people the assistance they need?

Change the definition of poverty.

I’m not kidding. People who are below the poverty line qualify for a lot of benefits like food stamps, health care, and affordable housing. Trump was trying to alter the poverty measure so fewer people would be considered truly poor and he could then announce, “Look, I got rid of poverty!” It would be like a hospital saying they got rid of broken legs, and then we find out they simply re-designated broken legs as “surprise moments of bone realignment.”

4. So if Joe Biden wanted to, he could do the reverse and give millions of poor people the benefits they need.

“The Official Poverty Measure (OPM), based on an outdated calculation designed 60 years ago, is absurdly low. …Today, the federal poverty threshold for a family of three is $20,578. …on day one, the incoming Biden administration can drop the OPM entirely and alter poverty measurement so that it better reflects need…” This would make loads of benefits (and perhaps even shit loads) available for people who are struggling.

Anyway, in the interest of avoiding making this column as long as the stimulus bill, here are several more actions Biden could take without Congress.

5. He could stop massive corporations from using tax loopholes to avoid paying taxes.

6. He could close Guantanamo Bay. (Remember that?!)

7. He could give a $15 minimum wage to all federal contract employees.

8. He could end federal prosecutions for marijuana.

9. He could make us all much safer from nuclear weapons.

And finally, here’s the icing on the cake. The recent fight to force a vote on Medicare For All has captured the interest and energy of many progressives.

10. Well, it turns out Joe Biden could himself give everyone Medicare For All right now.

According to David Dayen, he could do it using “…Section 1881A of the Social Security Act. The language of the statute refers to any individuals subject to an ‘environmental exposure,’…” and it says that the Department of Health and Human Services can stipulate that such people get a single-payer Medicare For All type system.

Has this ever happened in the U.S.? Has a whole area simply been given Medicare For All by proclamation from the gilded towers of our federal government? I’m glad you asked! Libby, Montana: Population 2,628 has already — wait, sorry, just refreshed the page — Population 2,627. (A kid ate a Matchbox car.) 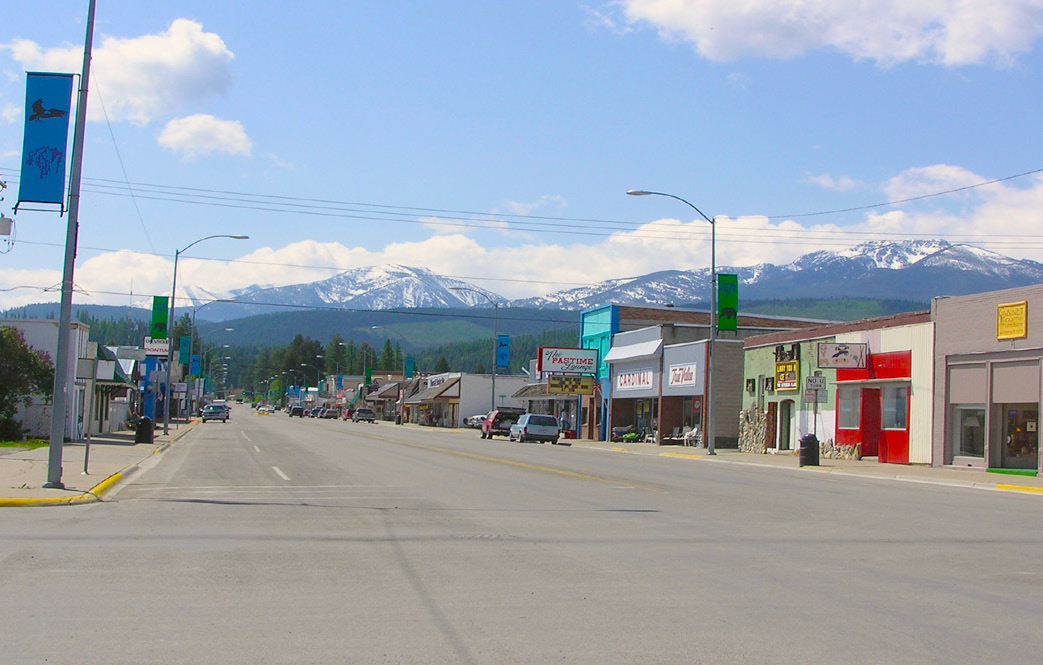 Libby, Montana, has Medicare For All because the entire community has been exposed to airborne asbestos thanks to mining in the area. Therefore, Health and Human Services secured them Medicare For All. Shall we now take a moment to ponder whether there are other Americans who have been exposed to hazardous chemicals or diseases recently?

Allow me to think for a moment — wait for it — Oh, that’s right, everyone!

We’re in a fucking pandemic — we’ve all been exposed. Biden could give everyone healthcare, allowing us to join the rest of the developed world. And even without the pandemic, Biden could still give most Americans healthcare for other exposures — Los Angeles’ smog, the cancerous Roundup herbicide sprayed all over New York City (which lawmakers recently voted to ban), cities near fracking wells or coal mines or oil spills or how about the 2,000 cities across the U.S. that have excessive lead levels, or everybody exposed to auto-tune. Biden could give all of us healthcare right now — No excuses, no dickin’ around, no tomfoolery, no malarkey, and no funny stuff.

So those are the Top 10 actions Biden could take without getting anywhere near the dumb-dumb crocodile swamp known as Congress. …But he won’t.

Unless he fears that the people will stand up and fight back.

If you find this column important, please share it. Lee Camp is the host of the hit comedy news show “Redacted Tonight.” His book Bullet Points and Punch Linesis available at LeeCampBook.com and his stand-up comedy special can be streamed for free at LeeCampAmerican.com.

The views expressed are solely those of the author and may or may not reflect  those of Consortium News.

← 10 Worst Things Trump Did & 5 Things He Didn’t Do
After Fast Start, Biden Urged to Go Further on Climate →

18 comments for “LEE CAMP: What Biden Can Do Without Congress (But Won’t)”