Donald Trump has left the White House. We look back at his tumultuous four years in the Oval Office, judging the worst, and not so worst, things he did, and some things he didn’t do. 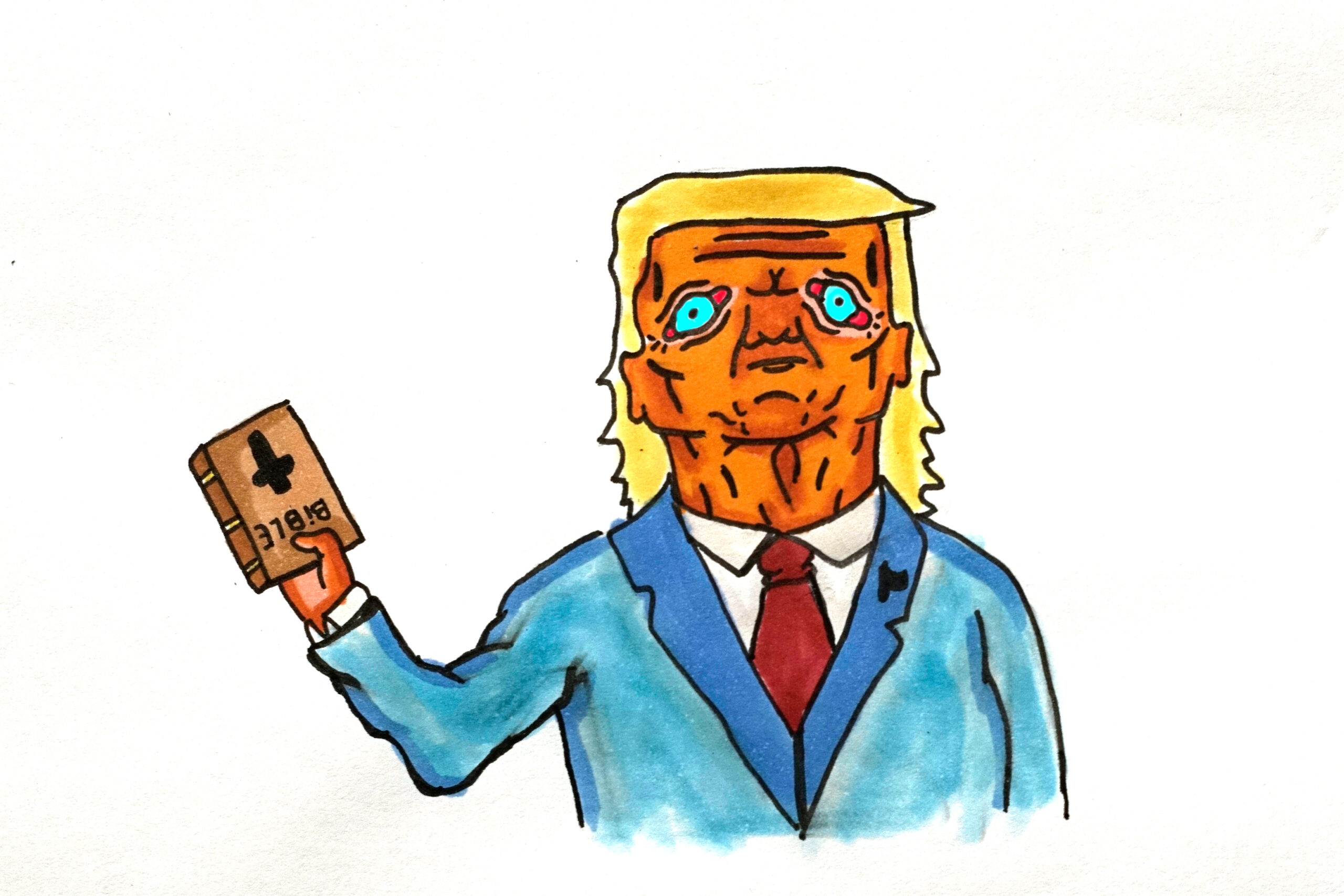 Donald Trump entered the election cycle with a relatively healthy economy and he intended to run largely on that record. And then the pandemic hit. It was the beginning of the election year and it threatened to unravel Trump’s strategy.

Clearly out of his depth, Trump at first tried to work with scientists, but the lockdowns that were required as a crude instrument to suppress the virus soon took an enormous economic toll, coming without government support for workers that have been common in other industrial democracies.

Trump inexorably moved away from this strategy and began promoting opening up the economy so that the nation approached numbers that he could again run on.

In this way he put his electoral prospects before the health of the nation as the pandemic spun out of control, making the U.S. by far the worst hit country in the world. His handling of the pandemic appears to have been criminally negligent.

While the Obama administration empaneled a grand jury and came close to indicting WikiLeaks publisher Julian Assange on espionage charges for publishing defense information that revealed prima facie evidence of U.S. war crimes, it pulled back, realizing that The New York Times published the same material and no reasonable argument could be made why it too should not be indicted.

The Trump administration, however, reversed this thinking and prosecuted Assange after he was expelled from his asylum at the Ecuador embassy in London, and requested his extradition from Britain.  Trump allowed his administration to cross a red line of press freedom in its quest to punish a journalist for revealing U.S. crimes and corruption.

Trump has imperiled the future of journalism.

Successive U.S. administrations, despite their support for the State of Israel, never seriously contemplated moving the Israeli capital from Tel Aviv to Jerusalem—then Trump came along. The status of the city was long supposed to be left for final negotiations between Israel and the Palestinians. 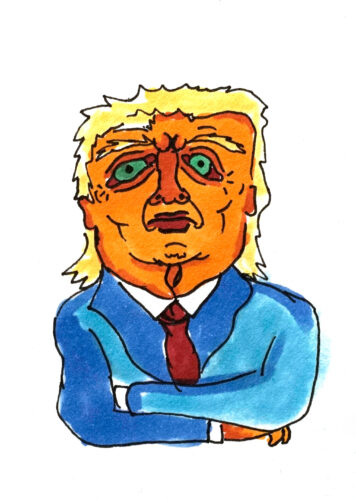 Trump’s State Department also recognized Israeli sovereignty over the occupied Golan Heights, flying in the face of UN Security Council resolution 242 that the U.S. itself voted for.

The State Department also formally rejected its own 1978 legal finding that Israeli West Bank “settlements” were “inconsistent with international law.”

4. Ending the Iran Nuclear Deal and assassinating an Iranian general.

The most reckless single action during Trump’s term was to listen to his neocon advisers who talked him into allowing the assassination of Iranian General Qasem Soleimani at Baghdad airport on Jan. 3, 2020, risking a catastrophic war in the Middle East.

It followed numerous attempts by the Trump administration to provoke Iran, presumably into such a war.  Trump’s first move on Iran was to pull out of the nuclear deal with Teheran in order to reimpose sanctions, which failed to provoke the uprising his advisers wanted.

Appointing Mike Pompeo, first as CIA director and then as secretary of state, and neocon supremo John Bolton as national security adviser, was one of Trump’s gravest errors, undermining the image he constructed of being a non-interventionist. Bolton and Pompeo were also masterminds of a years-long effort to bring down the elected government of Venezuela.

On the night that Trump ordered a missile attack on Syrian territory he was hailed by liberal media, which had spent months delegitimizing him, as “presidential.”   Fareed Zakaria said on CNN:

“I think Donald Trump became president of the United States last night. I think this was actually a big moment. For the first time really as president, he talked about international norms, international rules, about America’s role in enforcing justice in the world.”

The problem is that the evidence Trump acted on turned out to be doctored, as revealed by whistleblowers at the Organization for the Prohibition of Chemical Weapons (OPCW).

Trump repeatedly made false claims of victory over the Islamic State in Syria, when it was the Syrian Arab Army and its Iranian, Russian, and Hezbollah allies that were principally responsible for fighting and defeating ISIS. The assassinated Soleimani did more to beat ISIS than Trump ever did. And Trump openly admitted U.S. troops were in Syria to seize its oil—the war crime of pillage. 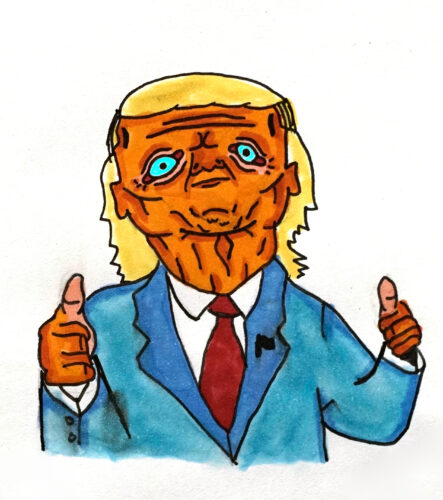 announced his candidacy, targeting undocumented immigrants became a central feature of Trump’s rhetoric to wrongly blame them for the plight of American workers.

He also announced that day he would build a border wall and make Mexico pay for it, prompting former Mexican President Vicente Fox to tweet: “Mexico is not going to pay for that fucking wall. #FuckingWall.” In the end Trump only extended parts of already existing barriers and Mexico didn’t spend a peso.

Though the Obama record on undocumented immigrants was in some ways a lot tougher, deporting more of them than Trump did, Trump removed many more who had spent as long as 20 years in the U.S. Trump also ordered families to be separated, which was rare in the Obama administration. Trump also slapped a ban on entry to the United States of citizens from seven predominately Muslim countries.

Many working class Trump supporters backed their president because they believed his rhetoric that he was their champion who fought for their interests.

But he cut taxes for the rich; largely failed to bring back promised off-shore manufacturing jobs; failed to bring home working class soldiers from forever wars; deregulated business at workers’ expense; saw income inequality widen under his watch; did not support a rise in the federal minimum wage and horribly mismanaged a pandemic that has taken a much larger toll on front-line workers than on stay-at-home professionals.

8.  Sending federal troops to put down a rebellion.

Trump’s most thuggish side was on full display in his reaction to protests last summer over police killings of unarmed African-Americans.  Last July he ordered federal troops in unmarked camoflauge uniforms to Portland, Oregon.

They pulled protestors into unmarked vehicles far from federal territory in what the ACLU called “kidnapping.” 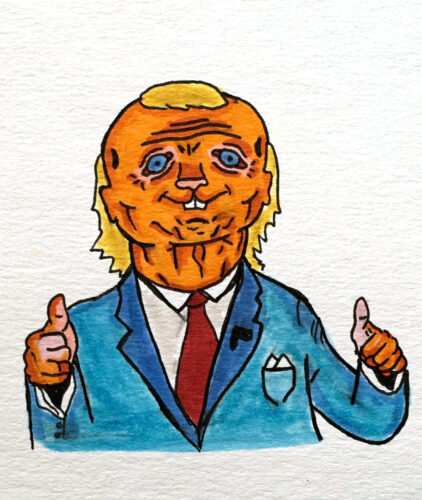 Without the comb over.

Trump pulled the U.S. out of the Paris Climate Accord (a less than robust agreement with no enforcement mechanism). He did more damage by a raft of executive orders deregulating fossil fuel industries. He reversed more than 100 rules protecting the environment, including 28 on emissions and air pollution, 12 on drilling and extraction and eight on water pollution.

While Trump denied a pardon to Assange, a journalist in prison for publishing accurate information about U.S. crimes, he issued a slew of pardons for his cronies.  But even worse, he pardoned four Blackwater contractors who had been convicted of killing 14 unarmed Iraqi civilians in Baghdad. The UN said the pardons violated international law.

In 2019, Trump pardoned Navy Seal Eddie Gallagher, who had been convicted in the United States for posing for a picture with the body of an Islamic State teenager he had just killed with a hunting knife for no reason, according to testimony at his court martial.

Five Things He Didn’t Do

Despite four years and counting of Democratic Party propaganda about Trump conspiring with Russia to steal the 2016 election, a $32 million, 22-month investigation by Special Counsel Robert Mueller found no evidence of any conspiracy.

Shawn Henry, the head of the company CrowdStrike hired by the Democratic Party and Clinton campaign (while keeping the FBI away) to examine the DNC servers declared under oath to the House Intelligence Committee that no evidence of a hack was discovered. 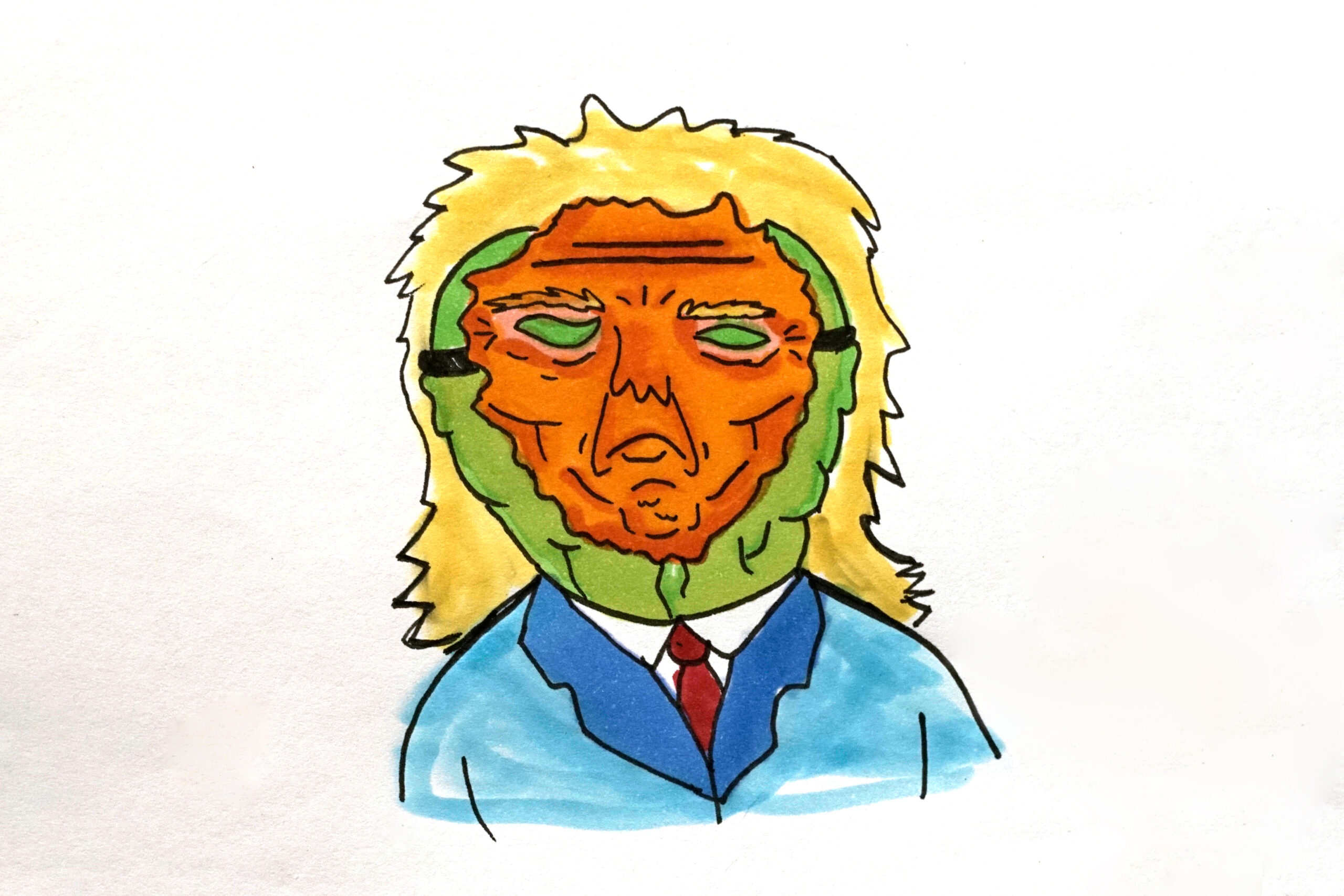 On the campaign trail in 2016 Trump vowed to end America’s forever wars. When he entered the White House he inherited from Obama three wars involving U.S. troops in Syria, Iraq and Afghanistan, and drone wars in Pakistan, Yemen and Somalia.

Trump left the White House on Wednesday with those wars still ongoing. And he dramatically increased drone operations. In a bizarre exchange with a Fox News interviewer, Trump, speaking as though he were an observer rather than the president, said:

“Don’t kid yourself, you do have a military-industrial complex. They do like war…  I said I wanted to bring our troops back home, the place went crazy. You have people here in Washington, they never want to leave. … Some day someone will explain it, but you do have a military industrial complex. They never want to leave. They always want to fight. No, I don’t want to fight.”

Someone should have told him he had the final say in such things.

While he didn’t end the wars he inherited, Trump did not start any new wars. He came close on Iran however, twice. The first time he said he was ten minutes away and stood down, no doubt with Bolton breathing down his neck. The second time was when he okayed the hit on Suliemani.

While he was too weak to end wars, he did show strength in not invading or bombing any new countries. Because of that alone, he was not as dangerous to the world as President George W. Bush for instance, who illegally invaded a nation that did not threaten the U.S., killing hundreds of thousands of civilians.

4. Push through diplomacy with North Korea.

Trump accomplished a historic, diplomatic breakthrough by becoming the first U.S. president to meet a North Korean leader. Unlike the positive reactions by Democrats to President Richard Nixon’s historic visit to China in 1972, Democrats in the Trump era vilified him for trying to bring peace to the Korean peninsula. Trump’s error was to give in to Bolton (his first error was to hire him) who scuttled the diplomatic foray.

5. Come up with a health insurance plan.

From the 2016 campaign trail to the last debate of the 2020 election Trump promised to deliver a health insurance scheme for the American people that would replace the “horrible” Obamacare. The only major change he made was to eliminate the “horrible, horrible, very expensive and very unfair, unpopular individual mandate” that required everyone to have insurance or pay a penalty. In an age of pandemic, failing to provide affordable health care to all Americans was inexcusable.

Trump’s actions surrounding the events of Jan. 6 are still awaiting adjudication in a Senate impeachment trial and perhaps afterward in a court of law.

← Pompeo Escapes Without a Scratch
LEE CAMP: What Biden Can Do Without Congress (But Won’t) →