Among its Day-One measures, the new administration revoked the presidential permit for the Keystone XL Pipeline and put a temporary moratorium on all fossil fuel activities in the Arctic National Wildlife Refuge. 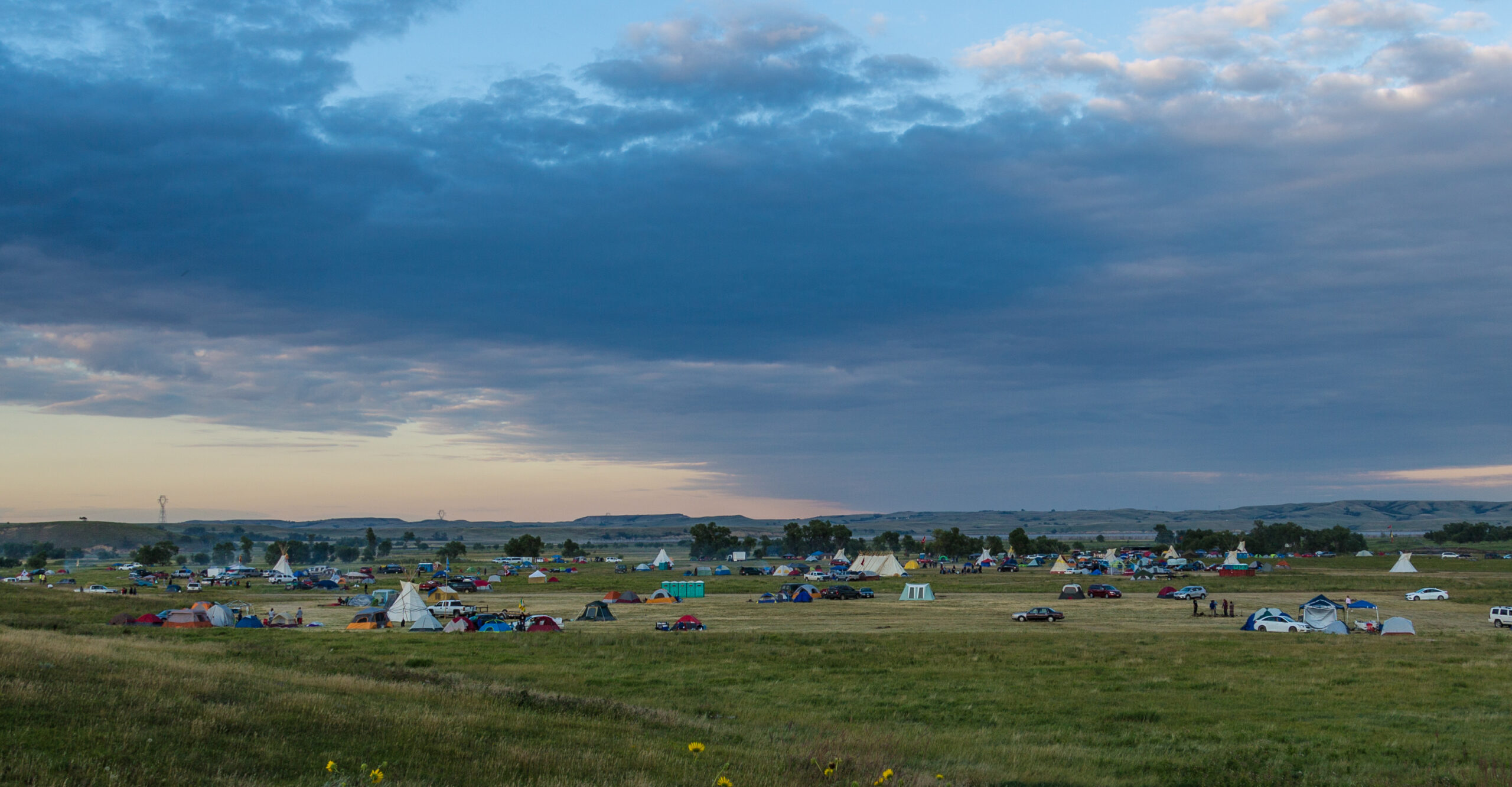 After a raft of Day One executive orders on climate change that revoked the XL Keystone Pipeline license and rejoined the U.S. to the Paris Climate Accord, climate action advocates reiterated calls for President Joe Biden to go even further to address the planetary crisis both ignored and exacerbated by former President Donald Trump.

Friends of the Earth president Erich Pica, in a statement, celebrated Biden and Harris’ swearing in and said they “now have an unprecedented opportunity to push aggressively on climate at the scale that the crisis demands.”

As meteorologist and journalist Eric Holthaus wrote in his newsletter:

“This is the moment that climate advocates have been waiting decades for: A president who campaigned on climate change, is planning to make it a centerpiece of their governing strategy, at a moment when the stars are aligned in Congress and in the country for rapid progress.

“Simply put: President Joe Biden’s first days in office will kick off the best chance we’ve ever had to make transformational changes throughout society at the scale necessary to avert catastrophic climate change.”

Ahead of the Biden-Harris victory in November, scientists, activists, and other experts rallied behind their bid for the White House in “a clarion call to all progressive environmentalists,” warning that “the 2020 election is literally a matter of life and death.” Since his win, Biden has been pushed to serve as a #ClimatePresident.

Biden’s day one executive actions aimed at “tackling climate change, creating good union jobs, and advancing environmental justice” included signing the instrument to rejoin the Paris agreement and rolled back certain actions of Trump “in order to protect public health and the environment and restore science.”

The president is directing executive departments and agencies to immediately review Trump-era regulations and actions harmful to public health and the environment, unsupported by science, or otherwise not in U.S. interest.

Biden signed executive orders on Wednesday reversing the the reduction of vehicle emissions standards, slapped a temporary moratorium on oil and natural gas leases in the Arctic National Wildlife Refuge; and re-established the Interagency Working Group on the Social Cost of Greenhouse Gases (GHG).

He is also directed the Interior Department to review the boundaries and conditions of the Grand Staircase-Escalante, Bears Ears, Northeast Canyons, and Seamounts Marine National Monuments.

It’s happening! By Executive Order: No Keystone XL, no drilling in the Arctic Refuge and we’re back in the Paris Climate Agreement! And it’s still Day One!!! pic.twitter.com/s5DIFa7yxK

“The sweeping nature of these executive orders are an important down payment in addressing the tatters left behind by President Trump,” said Kathleen Rest, executive director at the Union of Concerned Scientists. “With these day one actions, President Biden is delivering on his promise, demonstrating that climate change will be at the top of his administration’s agenda. And his skilled climate team knows what it takes to make progress.”

President-elect Joe Biden will bring with him the largest team ever assembled inside the White House to tackle climate change. https://t.co/rWUcNXVOB4

“The science couldn’t be clearer: the time for incremental climate action has long since passed,” Rest continued. “We welcome a bold vision to limit the worst impacts of climate change—one grounded in science and racial and economic equity and created with local environmental justice communities.”

Pica of Friends of the Earth called Biden’s day one commitments “incredible first steps” that “indicate a complete shift on climate and demonstrate the power of grassroots, progressive activism to push leaders to fight for a stronger and healthier environment.”

“The Biden-Harris campaign listened to activists and transformed their climate plan into the most progressive, justice-oriented platform ever seen from a Democratic presidential nominee,” he added. “Now the Biden administration must not only follow through on those commitments but go further to stop the worst of the crisis.”

Nick Tilsen, president and CEO NDN Collective, noted Indigenous efforts and demands to block not only KXL but also the the Line 3 and Dakota Access pipelines.

“The KXL pipeline was set to go through the heart of the Oceti Sakowin Territory,” Tilsen said.

“The people came together, resisted the fossil fuel industry, and stood up for our lands, water, and rights. We will continue to resist and fight. We look forward to collaborating with the Biden administration in closing the DAPL pipeline and stopping the Enbridge Line 3 pipeline. These are Indigenous lands and we need to return them to Indigenous hands to protect them, combat climate change, and build a better tomorrow.” 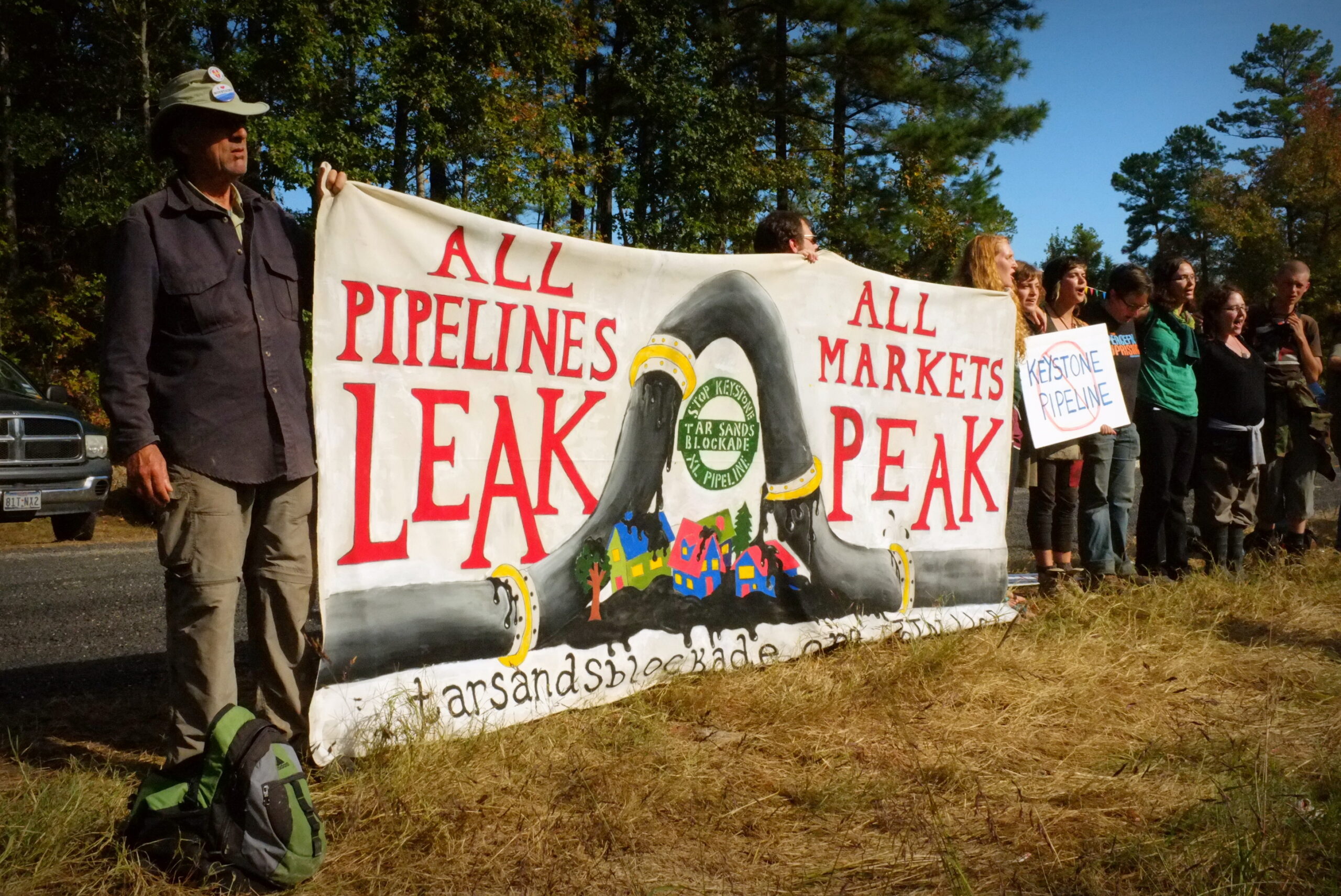 Rosebud Sioux Tribe President Rodney Bordeaux explained that “we have been fighting KXL ever since we heard about it. It was not only about treaty rights violations, it was also about dirty oil. It was about being in solidarity with the Dene and Cree people in Canada. The State Department did not consult with us, they never paid attention to us. Maybe, now they will. Indigenous Peoples have always stood up for Mother Earth and we will never give up that fight.”

Food & Water Watch executive director Wenonah Hauter also welcomed the reversal of the Trump administration’s push to build the climate-wrecking Keystone XL Pipelineas “a good first step, and a huge victory for grassroots organizers who have fought to stop this monstrous proposal.”

“But the Biden administration must go much bigger than stopping one stalled pipeline: There are fossil fuel projects planned across the country, and all of them represent decades of additional climate and air pollution,” Hauter said. “This administration must make use of all of its executive and legal authorities to stop all forms of dirty energy expansion.”

“Fossil fuel projects planned across the country, and all of them represent decades of additional climate and air pollution.”

“The Paris climate accords were insufficient six years ago, and they are even more so now,” she added. “The Biden White House needs to chart a much more aggressive course for dealing with our climate emergency. We need a rapid transition to 100% renewable energy and a ban on fracking and all fossil fuel infrastructure projects. The Paris agreement represents market-friendly incrementalism, and we need a much more ambitious plan to get the country—and the world—off fossil fuels.”

Tell @JoeBiden to #BuildBackFossilFree starting on Day One. With the stroke of a pen, Biden can:

“For years, we have been offered a false choice between a healthy economy and a healthy planet,” she said. “We’ve been told that inequality is the result of individual shortcomings, not systemic failures. Today, we see through those myths and begin writing a new story. One that says the just, green, and peaceful future we deserve is possible, and that together we can build the power to manifest it. Our movement will make sure President Biden is listening.”

← LEE CAMP: What Biden Can Do Without Congress (But Won’t)
The Future of War in Biden’s America →