Sept.’s extradition hearing heard testimony of US spying on Julian Assange at the Ecuador Embassy, normally grounds to toss the case. The judge will have to consider the U.S. misconduct. Here’s our report from that dramatic day of testimony. 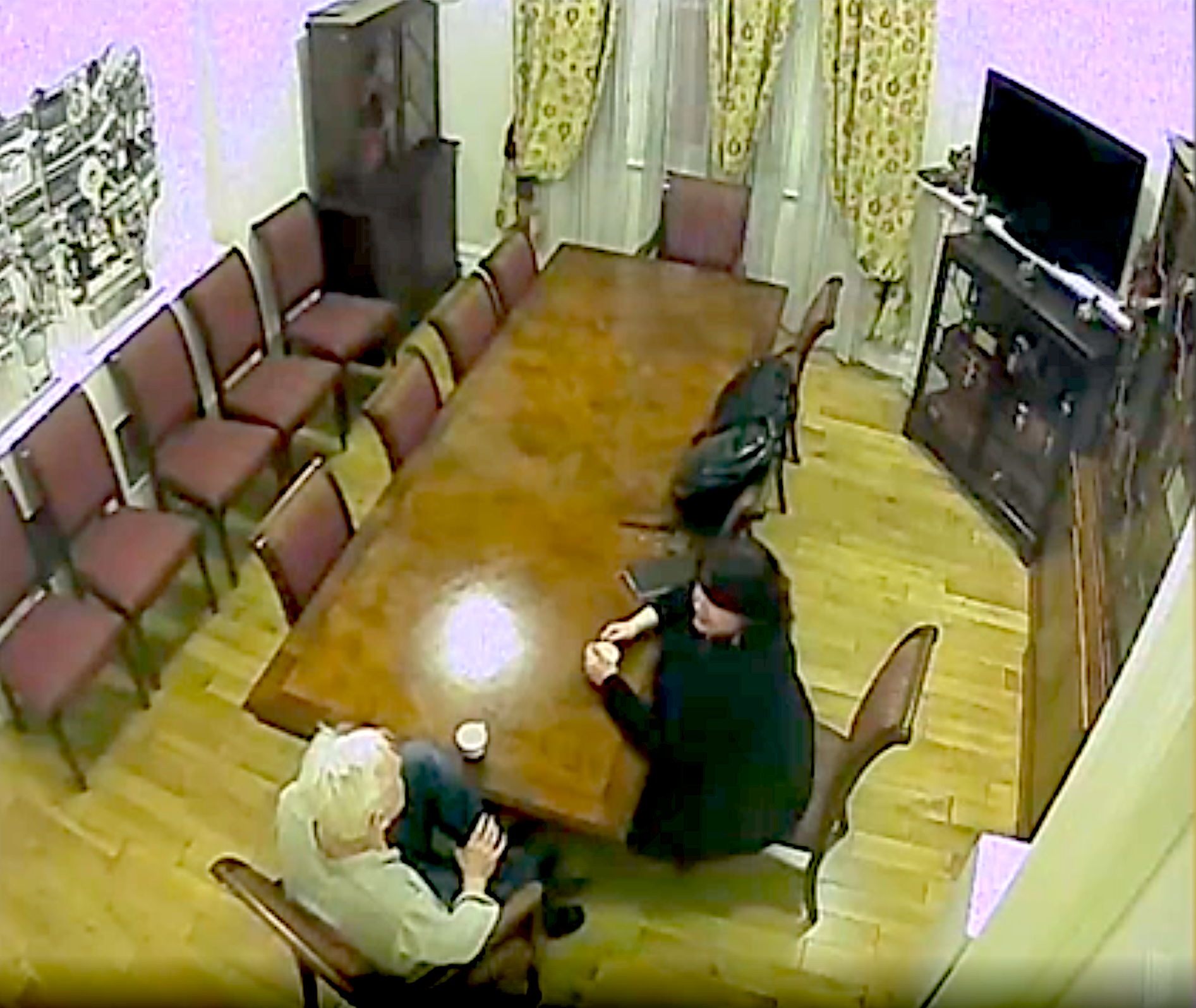 US Intel Spying on Assange Detailed in Court,
Including Plans to Kidnap or Poison Him
Ellsberg Says Acts Are Similar to What Set Him Free

After the prosecution said it was unable to do checks on the two anonymous witnesses from the UC Global case in Spain, defense attorney Mark Summers read out the testimony in court a day earlier than had been expected.

The first witness described how he worked for David Morales, founder of UC Global, and was a 50 percent owner.  The witness discussed how in July 2016 Morales insisted on going alone to a security conference in Las Vegas. 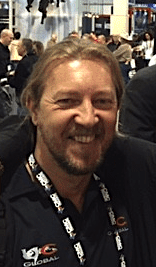 When he returned to the Spanish offices, Morales spoke of a “flashy” contract with the Sands casino, owned by billionaire Sheldon Adelson to provide security on Adelson’s yacht. The witness said it did not make sense because the yacht already had security.

Morales told the office that the company, which had only one contract, to provide security at Ecuador’s London embassy, was now “playing in the big leagues.” He said the firm had “switched over to the dark side” in working with his “American friends” who will “get us contracts all over the world.”

The witness said he learned that Morales had an “illegal contract to get sensitive information about Julian Assange and the president of Ecuador.”

The witness said that Morales’ contact in Las Vegas was Zohar Lahav, the Israeli-American vice president for executive protection at Las Vegas Sands. Lahav had “agreed to cooperate with U.S. intelligence to provide them with information about Assange,” anonymous witness one testified.

UC Global had been using security cameras at the embassy that did not provide audio and daily reports were written by UC Global staff from London. “The parallel agreement with the U.S. authorities required that these reports would be sent to ‘the dark side,'” as Morales called it.

Morales traveled twice a month to bring these reports to his “American friends” in the U.S. The witness said, “I asked who the American friends were and he said U.S. intelligence. When I asked him specifically who, he cut me off.”

After Donald Trump’s victory, the witness said, Morales’ trips to the U.S. increased and by July 2017 Morales ordered that the cameras at the embassy be replaced to provide audio as well as images.

A team from Spain went regularly to London to collect the recordings on hard drives and Morales would bring them to the United States.

Morales now demonstrated an “obsession” with the audio and video surveillance of Assange’s meetings with his lawyers at the embassy because the “American friends had requested it,” the witness said.

“I then put an end to our relationship and sold my shares,” said the witness. 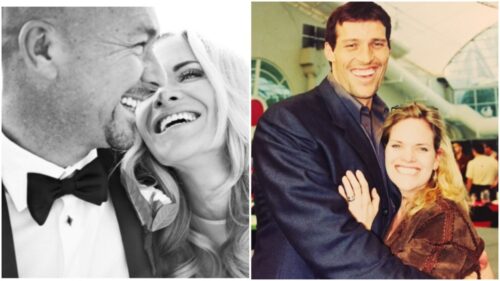 The second witness joined UC Global in February 2015 as an IT expert. He repeated that when Morales came back from first U.S. trip he announced that “we were moving into the premier league” and that the company had “moved to the dark side.”

Morales then said that the “American friends” were vetting the company so that  everything had to be encrypted.  After Trump’s victory, Morales became obsessed with obtaining as much as information on Assange as possible, and asked the witness to create a task force to capture and process the embassy material.

He was ordered to put in the new cameras and not to share its specifications and testified that he was ordered to lie if anyone asked whether the cameras also recorded audio. In June 2017, Morales received instructions that cameras  needed to be installed to provide “streaming” so our “friends in the U.S. could gain access to the interior of the embassy in real time,” the witness testified,

Morales said these instructions came from “the highest spheres.”

“I was alarmed and I told him it wasn’t possible to do,” the witness said. But Morales then emailed instructions in English, which the witness assumes came from the “American friends.”

The witness still said he refused because it was “manifestly illegal.”

In January 2017 the witness said Morales asked him to bug the entire embassy on orders of the Americans. Morales said the purpose was to record meetings with visitors but especially with his attorneys. Personnel in the embassy asked to monitor  the lawyers as requested by the “American friends, ” the witness testified.

They were also asked to gather Assange’s fingerprints from a glass, to steal documents from Assange and then to steal the diaper of a baby who was regularly brought to visit Assange. The Americans wanted to establish whether Assange was the father, but the witness said he refused and instead alerted the mother not to bring the child back to the embassy. 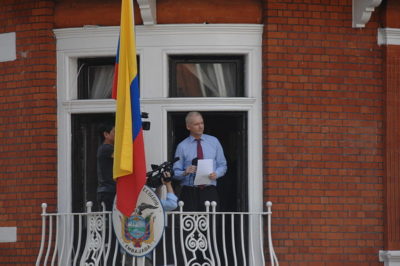 In January 2019 the witness said he was ordered to have stickers saying “CCTV” placed on the embassy windows. When he asked for what purpose, the witness testified that the “Americans were using laser microphones to listen into the embassy but that Assange was using a white noise machine that caused vibration of the windows. The stickers eliminated the vibrations.”

The second anonymous witness testified that in 2017 he was shown the iPad of an Assange lawyer that had been copied while meeting with Assange.

The witness said the Americans were “very nervous” about the visit of then California Congressman Dana Rohrabacher to Assange. “Morales asked me to control everything to do with that visit,” the witness said.

Morales also spoke with him about entering the Spanish offices of Assange lawyer Bathasar Garcon and some months later it was reported that those offices had been broken into.

The two UC Global Witnesses also testified – in evidence read into court unopposed – that discussions were held regarding the possibility of kidnapping or even poisoning #Assange pic.twitter.com/cwZe3sA80N

In December 2017, the witness testified that “the U.S. was desperate” to get Assange out of the embassy, and that “more extreme measures should be used.”

“Leaving the embassy door open to allow Mr. Assange to be kidnapped and even poisoning was under consideration,” the witness testified Morales told him.  Summers for the defense then explained to the court how both witnesses approached an attorney who contact a court in Madrid that ordered an arrest warrant and search of Morales’ home, and issued charges against him.

Before it was known that the testimony would come on Wednesday rather than Thursday, Daniel Ellsberg, the Pentagon Papers whistleblower who testified for the defense in the second week, wrote in an email message:

There has been a dramatic development in the Assange case: word that on Thursday (giving a day for the prosecutor to confer with the DOJ) there will be anonymous testimony that the CIA not only surveilled Assange’s conversations with his lawyers (and everyone else) in the Ecuadorian embassy but  they plotted to kidnap or poison him!

That’s essentially the same information that ended my case and confronted Nixon with impeachment, leading to his resignation!  In other words, Julian may, miraculously, walk free on the basis of this (eventually), just as I did!

It is impossible to know of course what impact this testimony will have on Judge Vanessa Baraitser. That it was allowed by Baraitser with no objection from the prosecution is significant. However this is testimony from an ongoing case that has not been adjudicated, and may not be by the time Baraitser issues her decision in January.

However that this testimony showed that the prosecuting government prioritized surveillance on Assange’s privileged conversations with attorneys and that that government considered kidnapping or killing him has to weigh on her mind as the sort of government misconduct that set Ellsberg free, as he himself says.

Should she not find in his favor it is testimony that would perhaps have a better chance on appeal before the British High Court.