Information that is freed becomes more than just facts, writes Nozomi Hayase. It becomes a story trembling with urgency for people to remember their inherent obligations to one another. 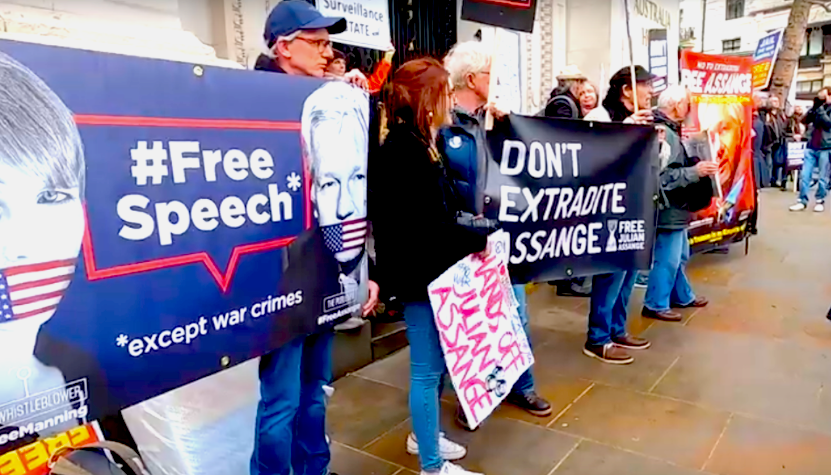 On Monday the Old Bailey in London will hear the decision on WikiLeaks publisher Julian Assange’s U.S. extradition case.  Judge Vanessa Baraitser, who has presided over the hearings, acknowledged the political nature of the case when she decided not to rule until after the U.S. presidential election. Under the U.S.-U.K. extradition treaty political offenses bar extradition.

The verdict will not only determine Assange’s life, but the future of journalism. The extra-territorial reach by the U.S. government in charging a journalist who exposed its war crimes under the Espionage Act threatens press freedom everywhere. This is why major media and human rights and press organizations have stepped forward to oppose extradition.

Their message is clear. Publishing documents that are verified to be authentic and are of public interest is not a crime. It is a central role of the press in a functioning democracy to defend the public’s right to know, and to help keep government honest. WikiLeaks has done exemplary work in fulfilling this duty. This is journalism, and journalism is not a crime.

We now face a critical moment for our democracy. 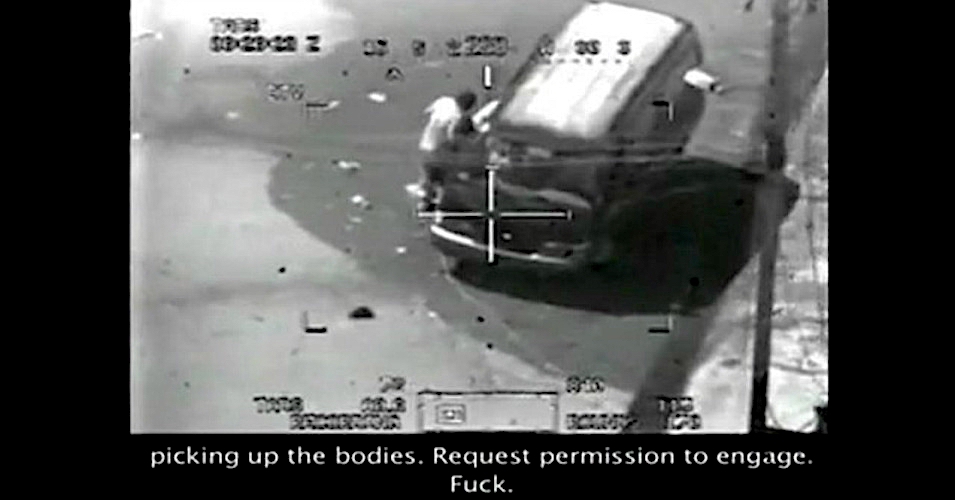 Since its public prominence in 2010 with the publication of the Collateral Murder video, WikiLeaks has changed the face of modern journalism. The release of this 2007 classified military footage, depicting a U.S. Army helicopter gunship attack in the Iraqi suburb of New Baghdad, created an international sensation. At the time the video was posted online, the WikiLeaks website temporarily crashed due to the massive influx of visitors, while the video posted on YouTube reached millions.

This uncensored glimpse into a U.S. invasion of a foreign land shocked the American public, who had been kept well insulated from the operational reality by mainstream media. Visceral images of the U.S. army’s brutal murder of innocent civilians, including two Reuters’ journalists, brought impetus for change. It affected people profoundly, triggering anger, deep sadness, and a sense of betrayal by their own government.

In an interview with Cathy Vogan, John Hinkle, who is an American citizen, spoke about what WikiLeaks’ publication of the collateral murder video meant to him.

The moving pictures unfolding in the 17-minute film display casual cruelty, with soldiers calling Iraq civilians “dead bastards,” and congratulating each other on the ability to kill in larger numbers. Through the transparent lens of the WikiLeaks hourglass, their savagery is further stripped bare, as the Weapons Arsenal team is seen attacking a wounded person attempting to crawl to safety.

Confronted by this bleak moral terrain, many of us were overcome with despair and hopelessness. Yet, it was not just destruction that was revealed to us. In the forbidden landscape, made available by the WikiLeaks source, a force was found that could redeem us.  It was the conscience of an ordinary person which gave new life to this grotesque image of horrific death.

Former U.S. Army analyst Chelsea Manning, through her act of whistleblowing, shed light on the Bush era’s War on Terror. In witnessing everyday life in Iraq under U.S. military occupation, Manning was able to gain access to a perspective that had been suppressed. In the scenes shot from the gunsight of an Apache helicopter she saw another person whose life was as precious as hers, not the “enemy combatants” that she had been trained to see. In that moment, she was able to restore truth — articulated in her words, “We’re human . . . and we’re killing ourselves.”

The heart of another also responded to the life-affirming urge that gave Manning the courage to act out of what she believed to be right. Former U.S. army specialist Ethan McCord, who was involved in the incident in New Baghdad, was captured on video rescuing the wounded children from the vehicle targeted by the Apache helicopter. He came forward after viewing the video published by WikiLeaks.

McCord recalled the moment he grabbed the little girl from amidst the carnage and ran for help. Later that day, as everyone ignored what had happened, McCord could not. This was his moment where that artificial wall between “enemy combatant” and soldier crumbled. He recounted this experience:

“I went to my room to try to clean the children’s blood from my uniform. Fighting back tears from what I’d seen, my emotions were taking over; the very thing that the army taught us not to do in war, I was doing. My humanity and love for the human race was overcoming everything they taught me.”

Information that is freed becomes more than just facts; it becomes a story trembling with urgency for people to remember their inherent obligations to one another.

The courage that awakened a sense of shared humanity became contagious. It helped lift a dark cloud of apathy and inspired others to act.

“We lost TV to Murdoch, the press to the sharks. This Internet is our last channel to connect to the mark. No rhetorical questions at last: If we lose this frequency we will be left in the dark.” – Robert Foster, Rap News

At the end of 2010, after WikiLeaks began publishing troves of sensitive U.S. diplomatic cables, the organization came under heavy pressure from the U.S. government and its allies. Help for the whistleblowing site swiftly emerged from deep inside the web.

When an extrajudicial financial blockade was imposed on WikiLeaks by PayPal, Visa, MasterCard and others refusing to process donations to the organization, the loosely tied online network Anonymous sprung into action in support of WikiLeaks. They engaged in online protests to defend free speech. The financial blockade has since been lifted.

The spirit of revolt moving across digital screens began to push the internet generation onto the streets. From the Arab Spring to the Occupy Wall Street movement, WikiLeaks publications helped spark global revolutionary uprisings. Empowered by information, ordinary people who had been rendered spectators in our democracy began to claim their right to be heard.

Chelsea Manning, with her extraordinary courage, stood up against the military industrial complex. She risked her freedom and her life to halt the operation of the machine that turns us into commodities.

WikiLeaks publications helped give dignity to the victims of the senseless wars of the U.S. government and its allies. The release of documents concerning the U.S. war on the Middle East revealed 15,000 previously unknown and uncounted murdered Iraqis, and showed 20,000 civilians assassinated by massacre and night raids in Afghanistan.

Their commitment to provide their full document archives to the public, with a very rigorous redaction process in place, made it possible for a German citizen – kidnapped and tortured by the CIA after being mistakenly identified as a terrorist — to obtain justice.

For its work WikiLeaks has been declared an enemy by nearly every powerful state. Assange has been character assassinated, arbitrarily detained without charge for years, and his human rights have been seriously violated. He has been psychologically tortured and spied on. He is now held inside London’s maximum-security prison, alongside murderers and terrorists, facing the risk of extradition to the U.S., where he could receive no fair trial.

The attempt to prosecute Assange is an assault on humanity. As the delivery of judgement comes on Monday, the PixelHELPER Gospel Choir performed in front of Belmarsh prison, calling for freedom for this award-winning journalist.

Nozomi Hayase, Ph.D., is an essayist and author of WikiLeaks, the Global Fourth Estate: History Is Happening. Follow her on Twitter: @nozomimagine

A version of this article was originally published by Antiwar.com.

← US Spying on Assange in Embassy May Weigh on Judgement
Assange Extradition Ruling Is a Relief, But it Isn’t Justice →

1 comment for “The Extradition of Assange Would Threaten Society”