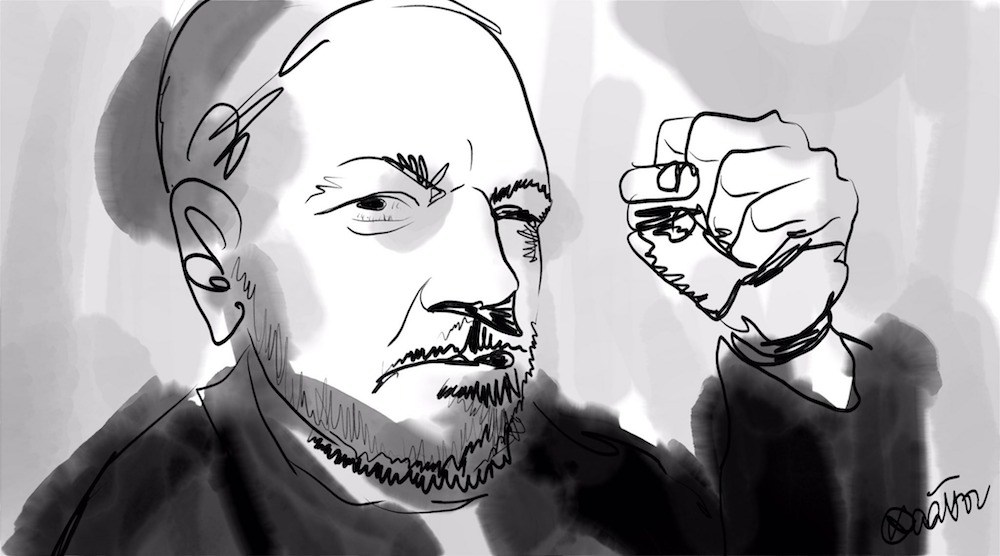 British Judge Vanessa Baraitser has ruled against U.S.  extradition for WikiLeaks founder Julian Assange, but not for the reasons she should have.

Baraitser’s frightening ruling supported virtually every U.S.  prosecutorial argument that was made during the extradition trial, no matter how absurd and Orwellian. This includes quoting from a long-discredited CNN report alleging without evidence that Assange made the embassy a “command post” for election interference, saying the right to free speech does not give anyone “unfettered discretion” to disclose any document they wish, dismissing arguments from the defense that U.K. law prohibits extradition for political offenses, parroting the false claim that Assange’s attempt to help protect his source Chelsea Manning while she was exfiltrating documents she already had access to was not normal journalistic behavior, saying U.S.  intelligence might have had legitimate reasons to spy on Assange in the Ecuadorian embassy, and claiming Assange’s rights would be protected by the U.S.  legal system if he were extradited.

“Judge is just repeating the U.S.  case, including its most dubious claims, in Assange case,” tweeted activist John Rees during the proceedings.

As I reported, that CNN article was authored by a right-wing Ecuadorian who worked for a NGO sponsored by the State Department & UK govt, and it relied on disinfo fed by UC Global, the CIA contractor that illegally spied on Assange https://t.co/hZAiIeor5M https://t.co/K0CywDFaPj

In the end, though, Baraitser ruled against extradition. Not because the U.S.  government has no business extraditing an Australian journalist from the U.K. for exposing its war crimes. Not because allowing the extradition and prosecution of journalists under the Espionage Act poses a direct threat to press freedoms worldwide. Not to prevent a global chilling effect on natsec investigative journalism into the behaviors of the largest power structures on our planet. No, Baraitser ultimately ruled against extradition because Assange would be too high a suicide risk in America’s draconian prison system.

Assange is still not free, and he is not out of the woods. The U.S.  government has said it will appeal the decision, and Baraitser has the legal authority to keep Assange locked in Belmarsh Prison until that appeals process has been carried through all the way to its end. Discussions on bail and release will resume on Wednesday, and Assange will remain imprisoned in Belmarsh at least until that time. Due to Assange’s bail offense which resulted from taking political asylum at the Ecuadorian embassy in 2012, it’s very possible that bail will be denied and he will remain imprisoned throughout the U.S.  government appeal.

The Media, Entertainment and Arts Alliance (MEAA), the Australian trade union to which Assange belongs as a journalist, has released a statement on the ruling which outlines the situation nicely.

“Today’s court ruling is a huge relief for Julian, his partner and family, his legal team and his supporters around the world,” said MEAA Media Federal President Marcus Strom. “Julian has suffered a 10-year ordeal for trying to bring information of public interest to the light of day, and it has had an immense impact on his mental and physical health.”

“But we are dismayed that the judge showed no concern for press freedom in any of her comments today, and effectively accepted the U.S.  arguments that journalists can be prosecuted for exposing war crimes and other government secrets, and for protecting their sources,” Strom added. “The stories for which he was being prosecuted were published by WikiLeaks a decade ago and revealed war crimes and other shameful actions by the United States government. They were clearly in the public interest. The case against Assange has always been politically motivated with the intent of curtailing free speech, criminalising journalism and sending a clear message to future whistleblowers and publishers that they too will be punished if they step out of line.”

MEDIA RELEASE: MEAA welcomes today’s decision by a British judge to prevent the extradition to the United States of our member Julian Assange and calls on the US government to now drop his prosecution. https://t.co/KmykZED1Kd #pressfreedom #MEAAmedia pic.twitter.com/aYEKoCcoyi

Indeed, the ruling today was a huge relief for Assange, his family, and for all his supporters around the world. But it wasn’t justice.

“This wasn’t a victory for press freedom,” tweeted journalist Glenn Greenwald. “Quite the contrary: the judge made clear she believed there are grounds to prosecute Assange in connection with the 2010 publication. It was, instead, an indictment of the insanely oppressive U.S.  prison system for security ‘threats’.”

It is good that Baraitser ultimately ruled against extradition, but her ruling also supported the entirety of the U.S.  government’s prosecutorial narrative that would allow for extradition of journalists under the Espionage Act in the future. The ruling is a significant step toward freedom for Julian Assange, but it changes nothing as far as global imperialist tyranny is concerned.

So, the appropriate response at this time is a sigh of relief, but not celebration. The Assange case has never been about just one man; the greater part of the battle, the one we are all fighting, continues unabated.

We're so far from justice that even the table scraps of "You're too crazy to extradite" are welcomed.

You want justice? Free Assange, shower him with awards and compensation, and lock up everyone who helped persecute him. THAT would be justice. THEN you'd be getting somewhere.

That said, the message of the empire here was essentially “We totally coulda extradited you if we wanted, but you’re too crazy,” which sounds a lot like the international diplomacy equivalent of “I could kick your ass but you’re not worth it.” It’s a way of backing down while still saving face and appearing to be a threat. But everyone looking on can see that backing down is still backing down.

I think it’s a safe bet that if this case hadn’t had such intense scrutiny on it from all over the world, we would have heard a different ruling today. The empire did what it could to try and intimidate journalists with the possibility of prison for exposing its malfeasance, but in the end, it backed down.

I’m not going to take that as a sign that we’ve won the war, or even the battle. But it is a sign that our punches are landing. And that we’ve got a fighting chance here.

7 comments for “Assange Extradition Ruling Is a Relief, But it Isn’t Justice”