There is no point in the U.K. inquiry unless it asks difficult questions the British establishment would rather avoid, writes Peter Oborne. 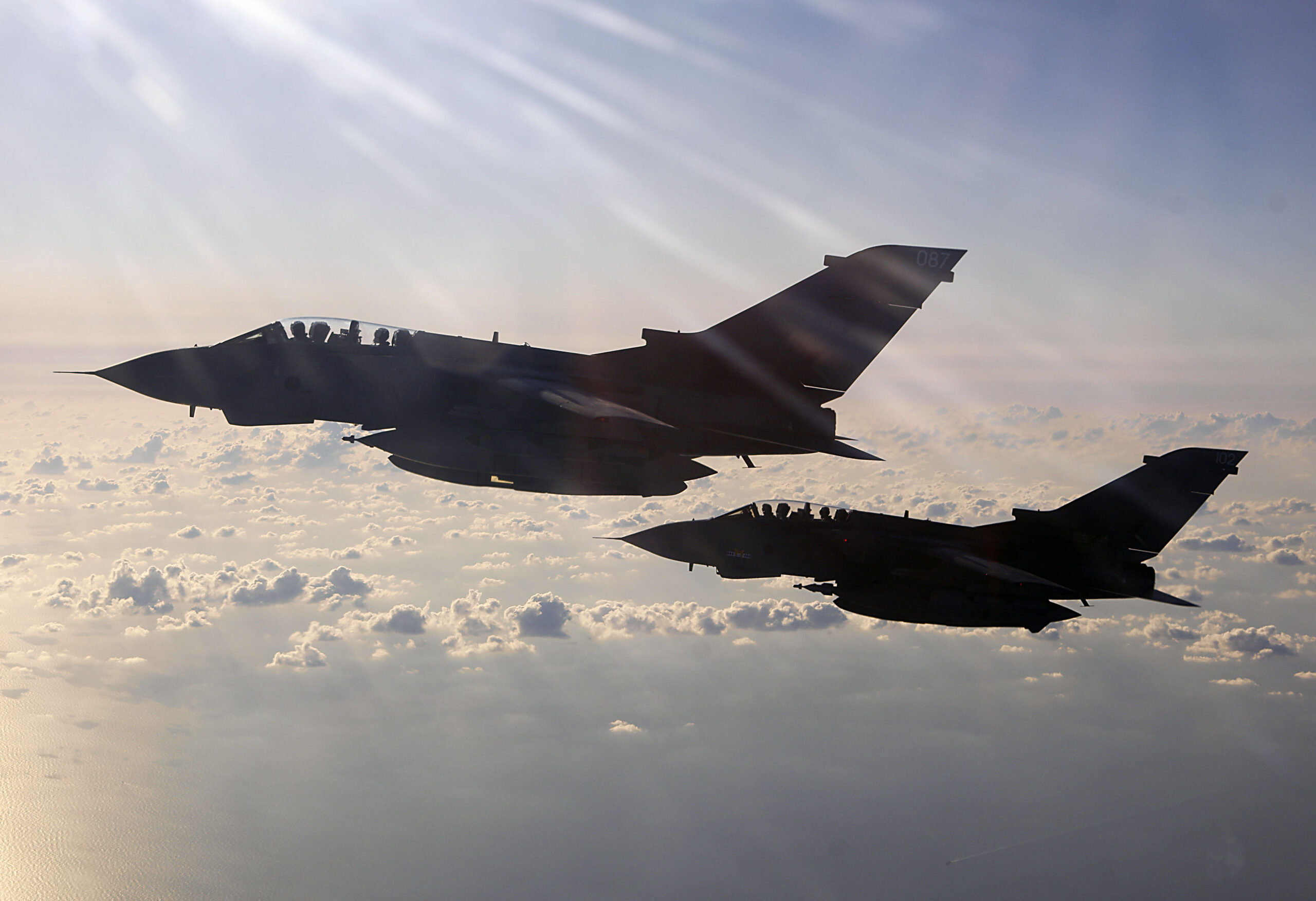 Four days after the terrorist atrocity at the Manchester Arena on 22 May 2017, which killed 22 people, Jeremy Corbyn made the bravest speech of his career.

The then Labour leader went much further than the pro forma condemnations of terrorist barbarity customary in the wake of such attacks.

He raised the forbidden subject of British foreign policy. Corbyn highlighted a connection between “wars our government has supported or fought in other countries and terrorism here at home.”

This intervention was all the more remarkable because he made it in the middle of a general election campaign. At first Conservative strategists could not believe their luck.

Thinking that Corbyn had gifted them the election, Ben Wallace, then security minister (and today defence secretary), went on the offensive. He declared: “We have to be unequivocal that no amount of excuses, no amount of twisted reasoning about a foreign policy here or a foreign policy there can be an excuse.”

But the Conservative strategists were wrong. Corbyn probably rose rather than fell in the polls after his speech. 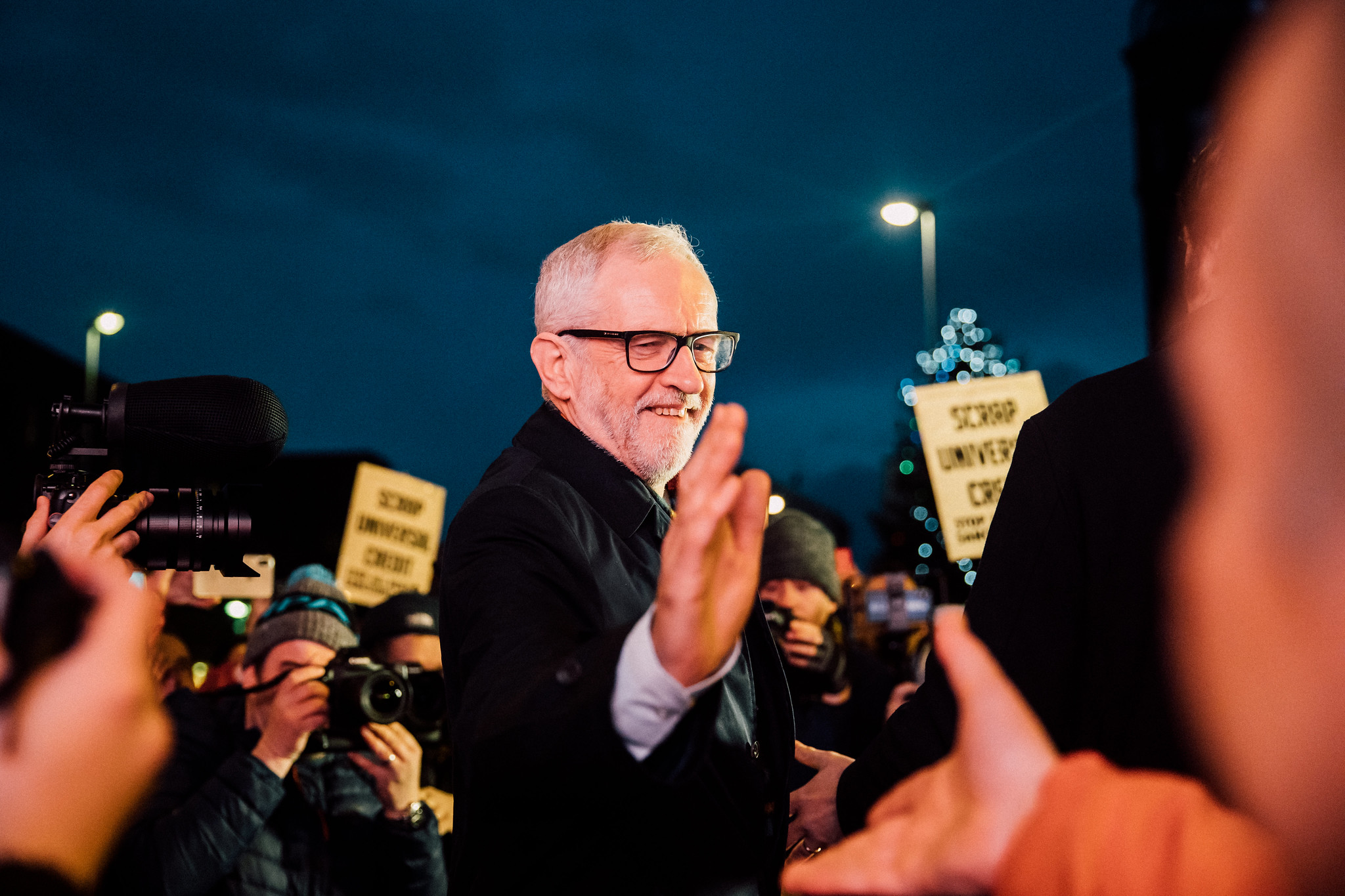 The British public could see the Labour leader had a point. He was echoing the explicit warning given by British intelligence to then Prime Minister Tony Blair ahead of the Iraq war in 2003:

“The threat from al-Qaeda will increase at the onset of any military action against Iraq.”

In other words, there is an undeniable link between foreign adventurism and so-called blowback at home.

Politicians rarely admit this connection. Indeed, Blair refused to accept the relevance of the Iraq invasion in the aftermath of the London terrorist attacks in July 2005, which killed 56 people.

Neither Blair nor David Cameron allowed a full, independent public inquiry into the London bombings, so links to British foreign policy were never properly investigated. 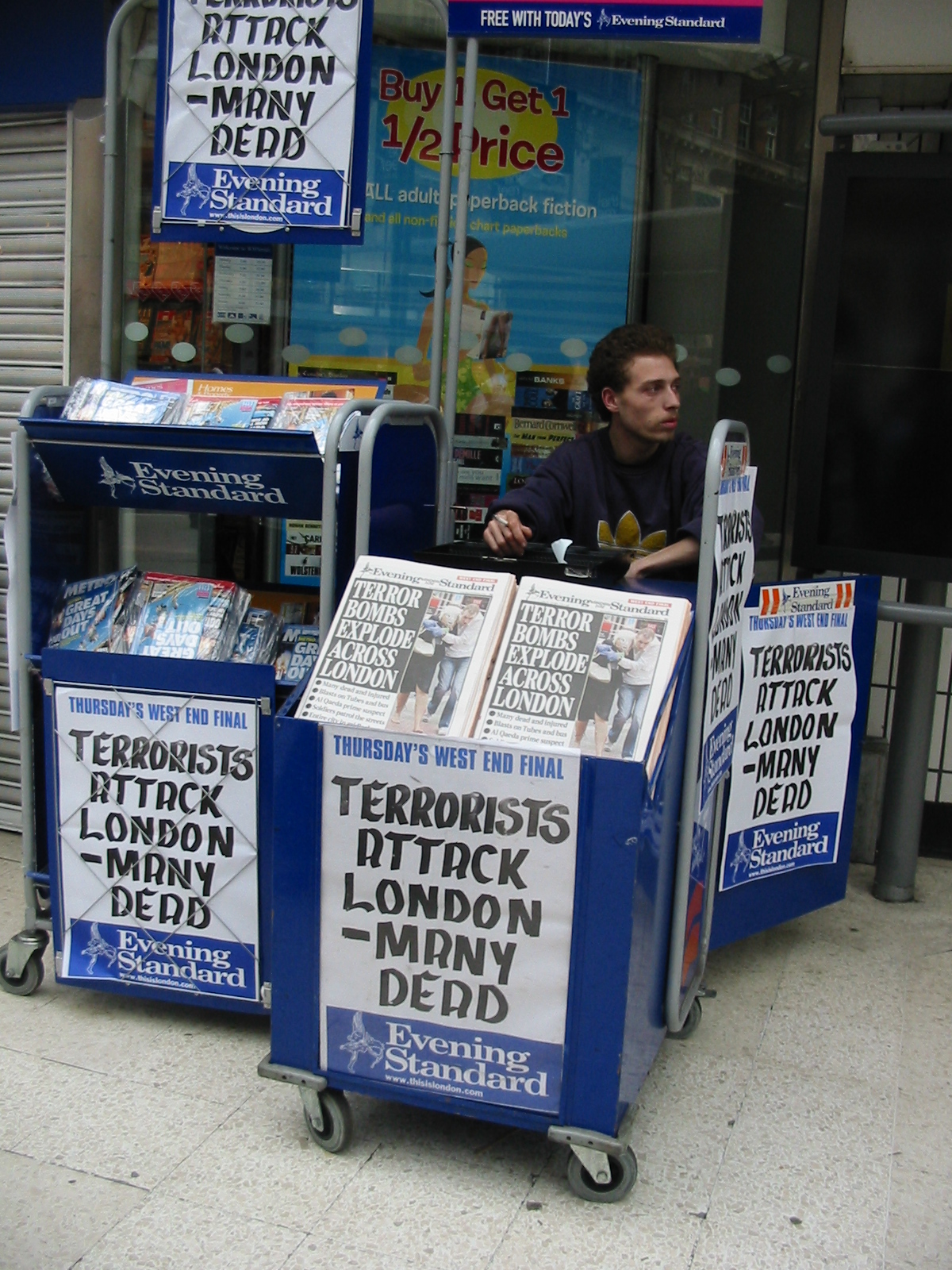 I am beginning to wonder whether the current inquiry into the Manchester Arena atrocity will duck the issue as well.

The inquiry was launched on 15 June this year. Since then Sir John Saunders, the chairman, has devoted his time to a minute examination of the response of the emergency services and security arrangements at the Manchester Arena.

But he has side-stepped the elephant in the room: Britain’s role in the downfall of Libyan leader Colonel Muammar Gaddafi in the war of 2011.

Yet the facts are hard to ignore.

The Manchester bomber was Salman Abedi, a 22-year-old with a Libyan background whose family had fled and settled in Manchester to escape Gaddafi’s regime.

Abedi’s father, Ramadan, was a long-standing member of the Libyan Islamic Fighting Group (LIFG), which was founded to overthrow Gaddafi. The primary opposition force to Gaddafi, the LIFG was until 2009 an affiliate of al-Qaeda.

Contribute to Consortium News  During  our 2020 Winter Fund Drive

In 2011, both Ramadan and a young Salman Abedi returned to Libya to fight in the civil war that toppled Gaddafi, partly thanks to a Nato bombing campaign in which the U.K. played a key role.

Salman was later known to have made repeated trips to Libya, including one shortly before his attack in Manchester.

Perhaps Salman Abedi’s links to Libya are irrelevant. It would be wrong to rule out the idea that Abedi was “radicalized” in Britain. 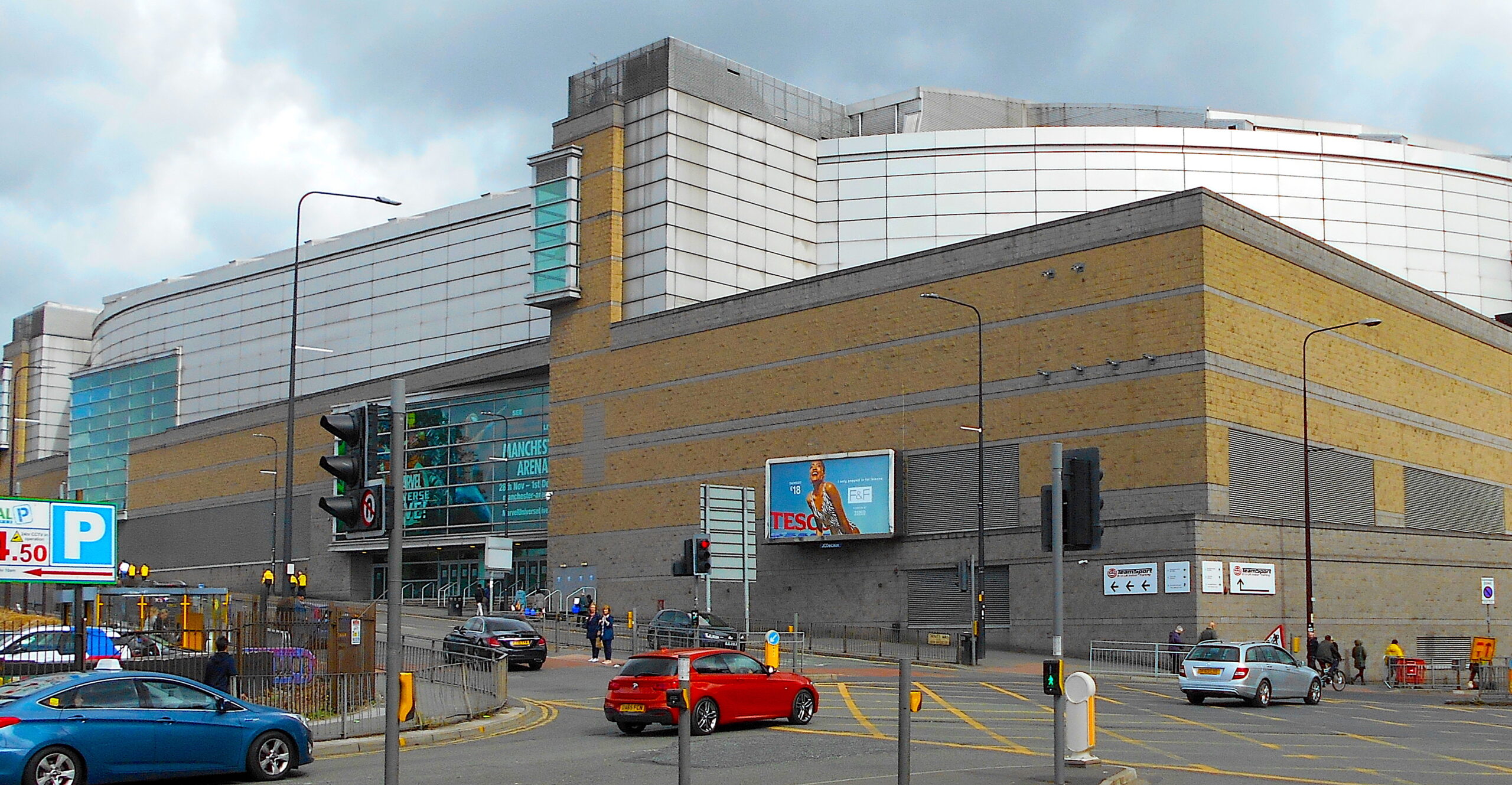 The first concerns Britain’s “open door policy,” which allowed Libyan exiles and British Libyan citizens, most of whom lived in Manchester, to join the 2011 uprising.

Some of these British Libyans had previously been under control orders, which subjected them to electronic tagging and required them to remain at a registered address for 16 hours a day.

Control orders are designed for the purpose of “protecting members of the public from a risk of terrorism.”

Yet in advance of the Libyan intervention, the British government had decided that the Manchester Libyans no longer posed a terrorist threat.

An article by Middle East Eye interviewed Libyans who claimed strings were pulled by Britain’s domestic security service, MI5, to allow them to travel to Libya and fight with “no questions asked.”

In other words, the U.K. was allowing individuals they suspected of involvement in terrorist activity to travel to Libya and join up with radical Islamist groups, including the Libyan Islamic Fighting Group. 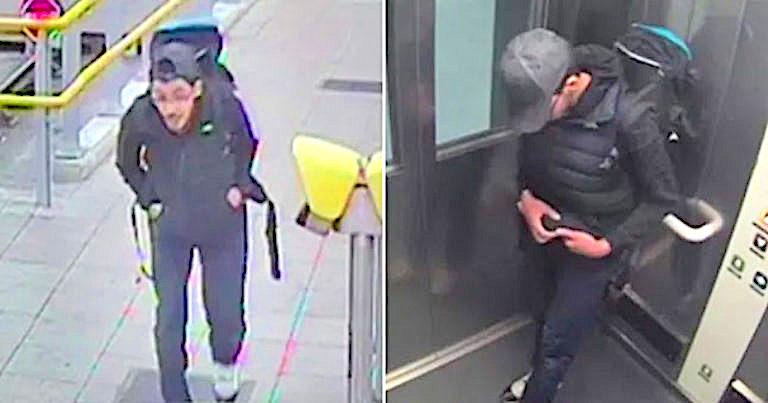 CCTV of Salman Abedi, the Islamist terrorist who killed 22 people in the Manchester Arena bombing in 2017.

Saunders has the power to call then Home Secretary Theresa May and probably her immediate predecessor Alan Johnson and ask them. He should do so.

He also needs to call Cameron, the prime minister who ordered Britain’s military intervention in 2011. We need to know whether he was advised that domestic consequences might flow from his Libyan mission.

MI5 warned in advance about the danger of bloodshed on British streets as a result of the Iraq invasion. Was a similar warning issued in private ahead of British meddling in Libya?

The inquiry also needs to hear about Britain’s relations with the LIFG, which in the 1990s seems to have been in hock with MI6, and paid by the agency to carry out an assassination attempt against Gaddafi.

When their attempts at regime change failed, the Libyan radicals fled to Manchester – sometimes called the “second capital” of Libya. 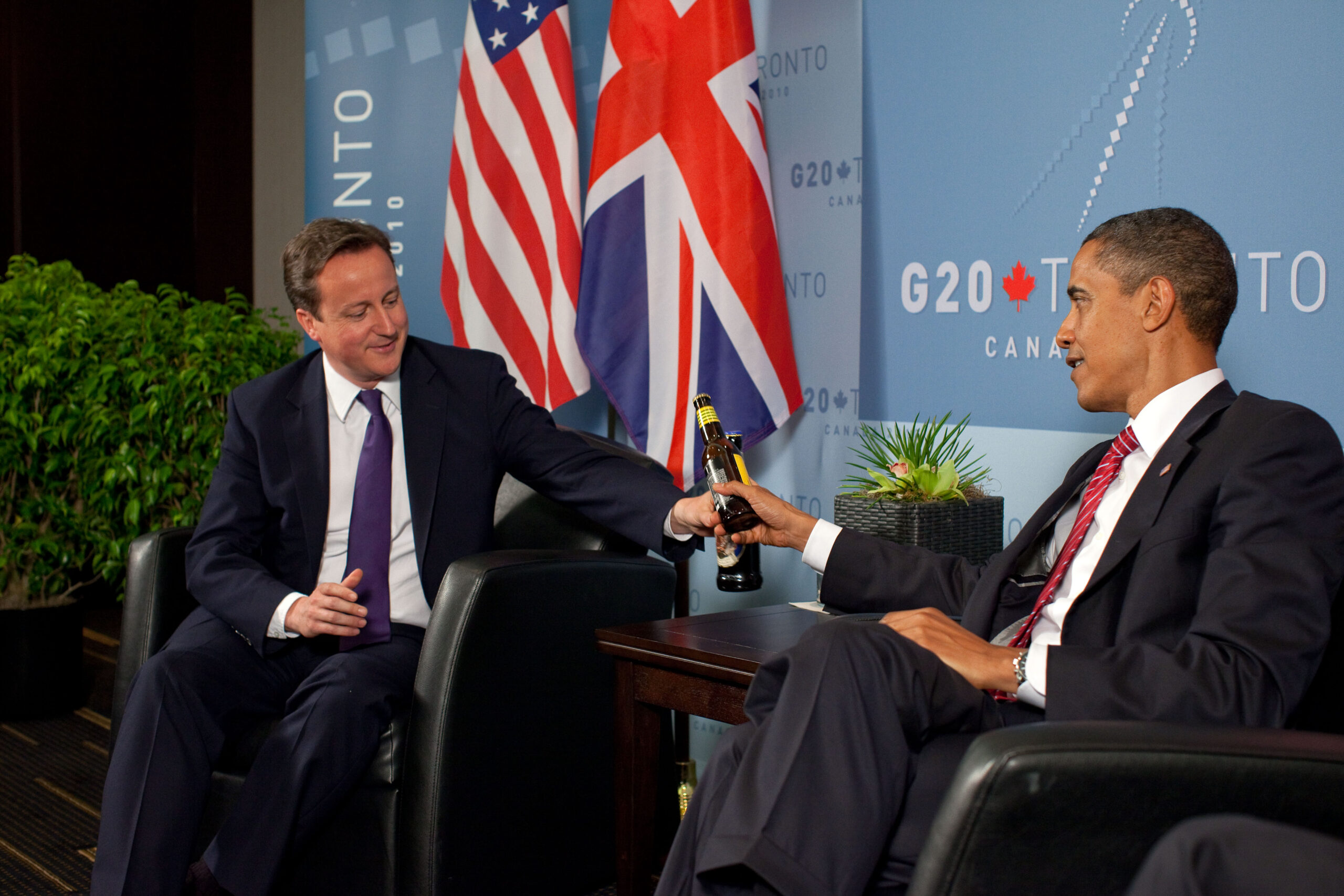 After 9/11, the British state changed its approach and Gaddafi became an unexpected ally. Now, LIFG exiles in Britain were deprived of their passports.

In 2011 the LIFG came back into favor as Cameron ordered airstrikes and secretly deployed some ground troops to help local forces remove Gaddafi.

This has rarely been acknowledged. But General David Richards, then chief of the defence staff, told a parliamentary inquiry in 2016 that Britain “had a few people embedded” with rebel forces in Libya, saying that they were “in the rear areas” and “would go forward and back”.

Shouldn’t we be able to know more details about this? Who exactly did they work with? What support did they provide? Did it include armed support or training to Islamist forces?

These questions are supremely important since Abedi and his father were among those rebel forces at the time. I cannot establish whether they had been under control orders.

The questions are especially relevant because of the circumstances which applied during the British military action in Libya.

The terms of the United Nations resolution, which authorized British and French intervention, specifically prohibited sending in ground troops.

Britain mainly seems to have thrown our weight behind Islamist fighters, including the LIFG, who had a long-standing hatred of Gaddafi. 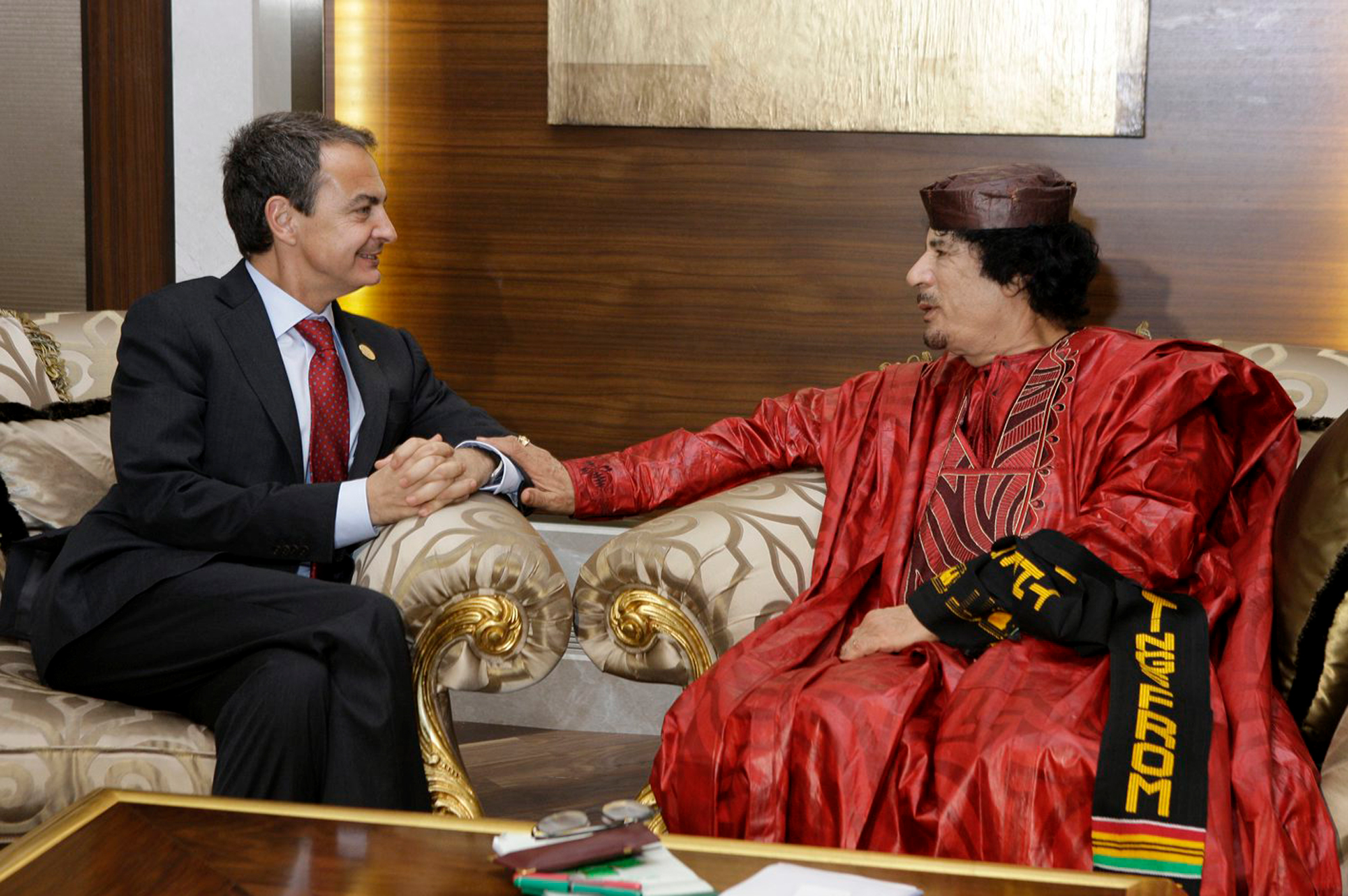 Some LIFG fighters in Libya in 2011 had earlier fought alongside the Islamic State of Iraq – the al-Qaeda entity which went on to establish a presence in Syria and then became Islamic State.

Put another way, Qaeda-connected forces were Britain’s boots on the ground in the war against Gaddafi.

In 2018, then Foreign Minister Alastair Burt admitted to parliament that the U.K. “likely” had contacts with “former members” of the LIFG and another Islamist group, the 17 February Martyrs Brigade, in Libya in 2011. What were these contacts?

Following the 2011 war, there are grounds for assuming that Abedi came into contact with other militant Islamist groups on his trips to Libya. There are suggestions, for example, that Abedi was trained in a camp complex run by Islamic State in Sabratha, near the border with Tunisia.

After the Gaddafi regime fell, Libya became a largely lawless country and a base for terrorism, including a launch pad for terrorist attacks in Europe.

And what were the true circumstances of Abedi being “rescued” by the British military in 2014, when he and other British citizens in Libya at the time were brought back to the U.K.? Why was Abedi allowed to return to Britain unhindered?

The Secret Intelligence Service (SIS, also known as MI6) should be able to shed light on this, making it frankly odd and absurd that no SIS officer seems to have been called to give evidence (an MI5 witness has been scheduled). Saunders’ inquiry will have limited credibility without SIS testimony.

What did they know about Abedi’s visits to Libya? Did SIS press for control orders to be relaxed? And the key question – what role did SIS play, exactly, in Libya in 2011?

Floral tributes to the victims of the attack in St Ann’s Square in Manchester city center. (Tomasz “odder” Kozlowski via Wikimedia Commons)

Did innocent Manchester citizens pay a blood price for Britain’s cynical policy six years earlier? Was the British state itself ultimately part of the apparatus of terror which killed innocent people in Manchester?

This is why Saunders also needs to call William Hague, foreign secretary in 2011, to face forensic questioning about the relationship between the LIFG and the British state.

Did Hague understand what he was doing?

It added: “It failed to identify the militant Islamist extremist element in the rebellion.”

But was the Foreign Office really that naïve? Did Britain blindly stumble into an alliance with terrorist forces which might later turn on it? Or did we know exactly who we were getting involved with?

Since the hearings began in September, Saunders has spent three months interrogating the emergency services, and those responsible for Arena security. I have no doubt that there are important lessons to be learnt.

However, the purpose of the Manchester inquiry is to ensure a similar catastrophe can be averted in future. That’s why Saunders should spend at least the same amount of time interrogating British foreign policy.

There is no point in his inquiry unless it asks the difficult questions the British establishment would rather avoid, and look into the underlying causes.

Some might feel that this is unfair to Saunders. These questions would have been answered if there had been a formal inquiry, as there should have been, into Cameron’s calamitous decision to intervene in Libya.

In the absence of such an inquiry it’s up to Saunders.

Peter Oborne is a columnist for Middle East Eye. His new book, The Assault on Truth: Boris Johnson, Donald Trump and the Emergence of a New Moral Barbarism,  will be published by Simon & Schuster in February.

This article is from Declassified UK