WaPo keeps hammering this narrative about powerful Russian mind-hackers as though Russia is the only nation with an existing propaganda campaign on the world stage, writes Caitlin Johnstone. 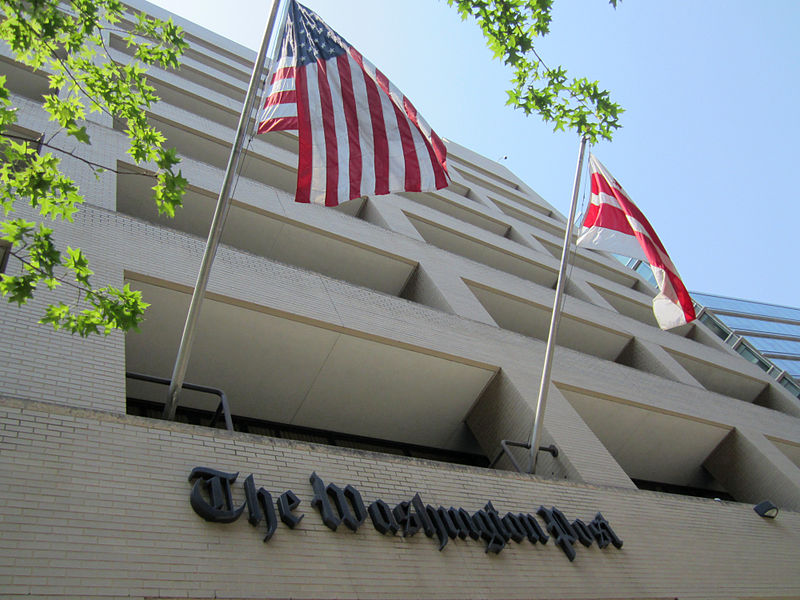 The Washington Post has published another article warning its readers that the Russians are “hacking our minds”, this one authored by CNN’s Fareed Zakaria.

“Russia hasn’t just hacked our computer systems. It’s hacked our minds.” blares the ridiculous, propagandistic headline for an article about “the Russian model” of propaganda which “rests on the principle that people get convinced when they hear the same message many times from a variety of sources, no matter how biased.”

Which is funny, since this is not the first time WaPo itself has repeated this cartoonish narrative about Russian mind-hackers.

The problem is not just that Russia has hacked America’s computer systems. It seems to have hacked our minds.

"Russia and other adversaries may not need to hack the election if they can hack something else: our minds."

From The Washington Post. Democracy Dies in Darkness. pic.twitter.com/RkURiogRUc

Just two months ago The Washington Post editorial board published an article titled “The U.S. may be safe from foreign interference in this election. But what about perception hacking?“, which opens with the line “Russia and other adversaries may not need to hack the election if they can hack something else: our minds.”

The paranoid screed un-ironically argued that Russia is using its super powerful propaganda engine to make people paranoid and doubtful of U.S. electoral systems, which could actually have an adverse effect on the U.S. election. As though telling people their mental and perceptual faculties are being hacked by a hostile foreign enemy with the goal of influencing the election would not make them paranoid and doubtful of U.S. electoral systems.

Zakaria’s piece builds on this already established theme by parroting the still completely evidence-free claim that Russia was responsible for the far-reaching cyber intrusion into the IT company SolarWinds, whose cybersecurity we recently learned was left so unprotected that its update server’s password was literally “solarwinds123”.

“But what about the perhaps more insidious Russian efforts at disinformation, which have helped to reshape the information environment worldwide?” Zakaria asks. He then does a few mental gymnastics to tie Russia’s propaganda campaign to Donald Trump, because of course he does, and leaves the reader with the closing line, “The problem is not just that Russia has hacked America’s computer systems. It seems to have hacked our minds.”

Nothing to see here. In the West, it's perfectly normal and not at all compromising for a news agency like @Reuters to employ a CIA agent to ensure that the company can "meet the disparate needs of the U.S. Government." https://t.co/I5DJH04Beq pic.twitter.com/qjxtJcwFDB

WaPo keeps hammering this narrative about powerful Russian mind-hackers as though Russia is the only nation with an existing propaganda campaign on the world stage and not one of the weaker ones doing so. The U.S. government itself openly uses propaganda on foreigners with programs like Radio Free Europe, Radio Free Asia and Voice of America, which actually serve the more important function of presenting the illusion that those are the only form of U.S. government propaganda.

In reality the plutocratic class which owns the mass media works closely with the U.S. government and sets up its institutions to only elevate voices which advance narratives that are favorable to the status quo those plutocrats have built their kingdoms upon. WaPo itself is owned by the richest man in the world who is also a CIA contractor and sits on a Pentagon advisory board. The unofficial propaganda operations of the oligarchic empire give it a massive edge in international narrative control that dwarfs both official U.S. propaganda programs and anything the Russian government could ever come up with.

Among some very stiff competition, one of the dumbest recurring themes in western imperialist media is the idea that world affairs, entire electoral and governmental systems, and even our very minds, are being controlled by a nation with the same GDP as South Korea. Russia does not have an especially strong sway over the world stage, it just happens to be one of the few remaining power structures which have resisted absorption into the U.S.-centralized empire and is being targeted with a propaganda campaign aimed at changing that.

Russia is not hacking your mind. If anyone is hacking your mind, it’s the vast globe-spanning power structure loosely centralized around the United States which has been aggressively propagandizing you into supporting the continuation of status quo politics since you were born.

The dawn of political insight comes when you realize that propaganda is not just something that is done by other nations to other people. It is done by your own rulers, in your own nation, and it is being done to you.

4 comments for “Washington Post: Russians Are ‘Hacking Our Minds’”