Supply-side economics fuels inequality, finds a new analysis of 18 countries over the past 50 years. Those who benefit are the super-rich. 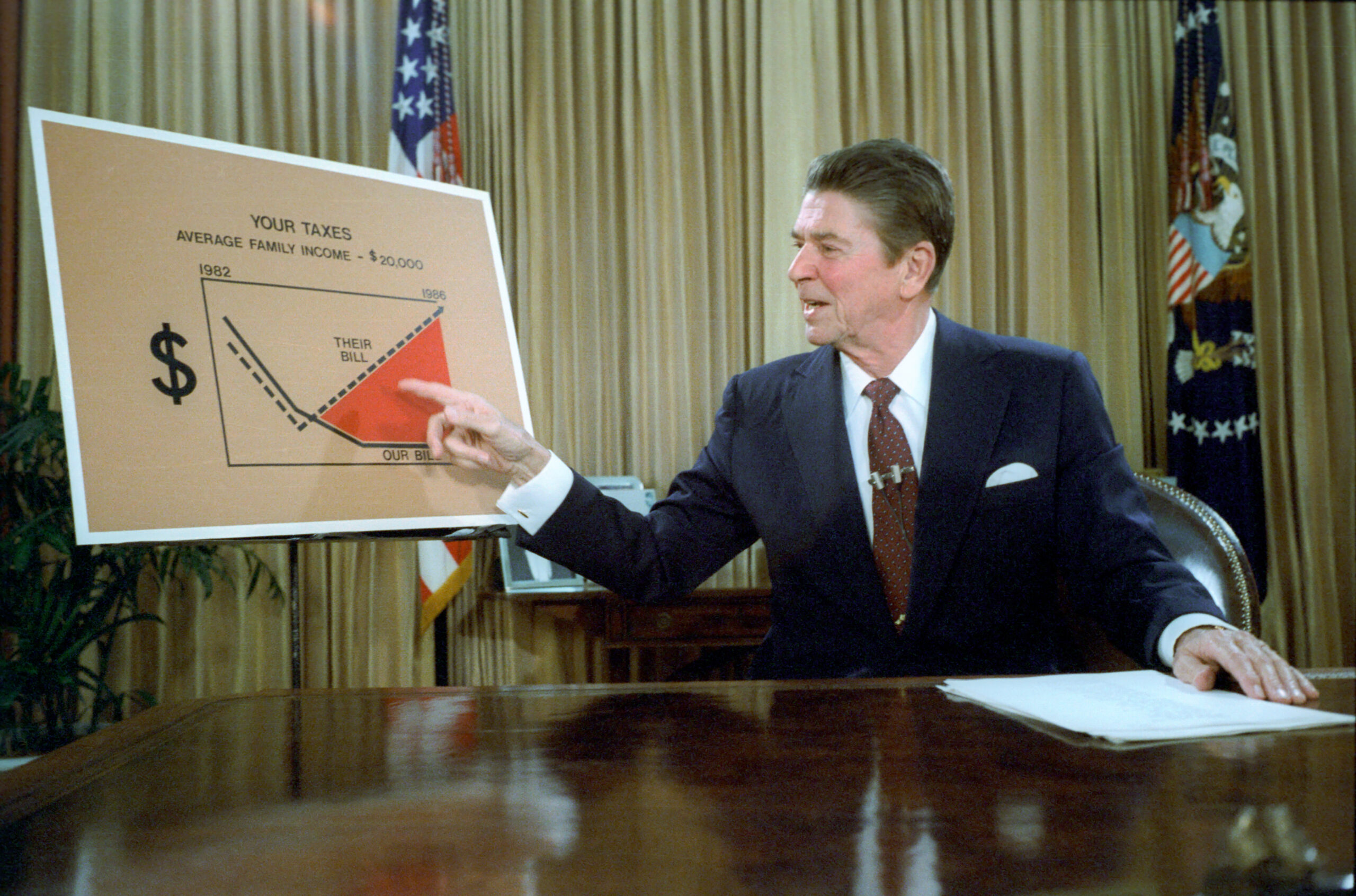 Neoliberal gospel says that cutting taxes on the wealthy will eventually benefit everyone by boosting economic growth and reducing unemployment, but a new analysis of fiscal policies in 18 countries over the last 50 years reveals that progressive critics of “trickle down” theory have been right all along: supply-side economics fuels inequality, and the real beneficiaries of the right-wing approach to taxation are the super-rich.

“The Economic Consequences of Major Tax Cuts for the Rich” (pdf), a working paper published this month by the International Inequalities Institute at the London School of Economics and written by LSE’s David Hope and Julian Limberg of King’s College London, examines data from nearly 20 OECD countries, including the U.K. and the U.S., and finds that the past five decades have been characterized by “falling taxes on the rich in the advanced economies,” with “major tax cuts… particularly clustered in the late 1980s.”

But, according to Hope and Limberg, the vast majority of the populations in those countries have little to show for it, as the benefits of slashing taxes on the wealthy are concentrated among a handful of super-rich individuals—not widely shared across society in the form of improved job creation or prosperity, as “trickle down” theorists alleged would happen.

“Our research shows that the economic case for keeping taxes on the rich low is weak,” Hope said Wednesday. “Major tax cuts for the rich since the 1980s have increased income inequality, with all the problems that brings, without any offsetting gains in economic performance.”

No surprise that this argument by lobbyists for the rich proves bogus.

Reduce taxes on rich and you get richer rich, not stronger growth. https://t.co/UXILu5O5wW

(paper) David Hope, LSE and Julian Limberg, King’s College London: #tax cuts for rich people breed #inequality without providing much of a boon to anyone else @economics https://t.co/dQfv1cW1Id pic.twitter.com/BqI9hmP9CN

In their study, the pair of political economists note that “economic performance, as measured by real GDP per capita and the unemployment rate, is not significantly affected by major tax cuts for the rich.” However, they add, “major tax cuts for the rich increase the top 1% share of pre-tax national income in the years following the reform” by a magnitude of nearly 1 percent.

“Our findings on the effects of growth and unemployment provide evidence against supply-side theories that suggest lower taxes on the rich will induce labour supply responses from high-income individuals (more hours of work, more effort etc.) that boost economic activity. They are, in fact, more in line with recent empirical research showing that income tax holidays and windfall gains do not lead individuals to significantly alter the amount they work.

“Our results have important implications for current debates around the economic consequences of taxing the rich, as they provide causal evidence that supports the growing pool of evidence from correlational studies that cutting taxes on the rich increases top income shares, but has little effect on economic performance.”

Limberg is hopeful that the research could bolster the case for increasing taxes on the wealthy to fund a just recovery from the coronavirus pandemic and ensuing economic fallout.

“Our results,” he said Wednesday, “might be welcome news for governments as they seek to repair the public finances after the Covid-19 crisis, as they imply that they should not be unduly concerned about the economic consequences of higher taxes on the rich.”

Progressives have argued that America’s disastrous handling of the ongoing catastrophe is attributable to several decades of “free-market” ideology and associated policies that exacerbated vulnerabilities and undermined the government’s capacity to respond effectively.

Perhaps the fact that billionaire wealth is exploding while breadlines form across the nation is an indicator that trickle-down economics is a sham?

According to social justice advocates, taxing billionaires’ surging wealth — akin to the “Millionaire’s Tax” passed earlier this month in Argentina — could contribute to reversing the trend of intensifying inequality plaguing the nation.