After resigning from The Intercept when it suppressed one of his stories, Greenwald is calling for a new news outlet whose aim is the same as what the creator of this website established in November 1995. 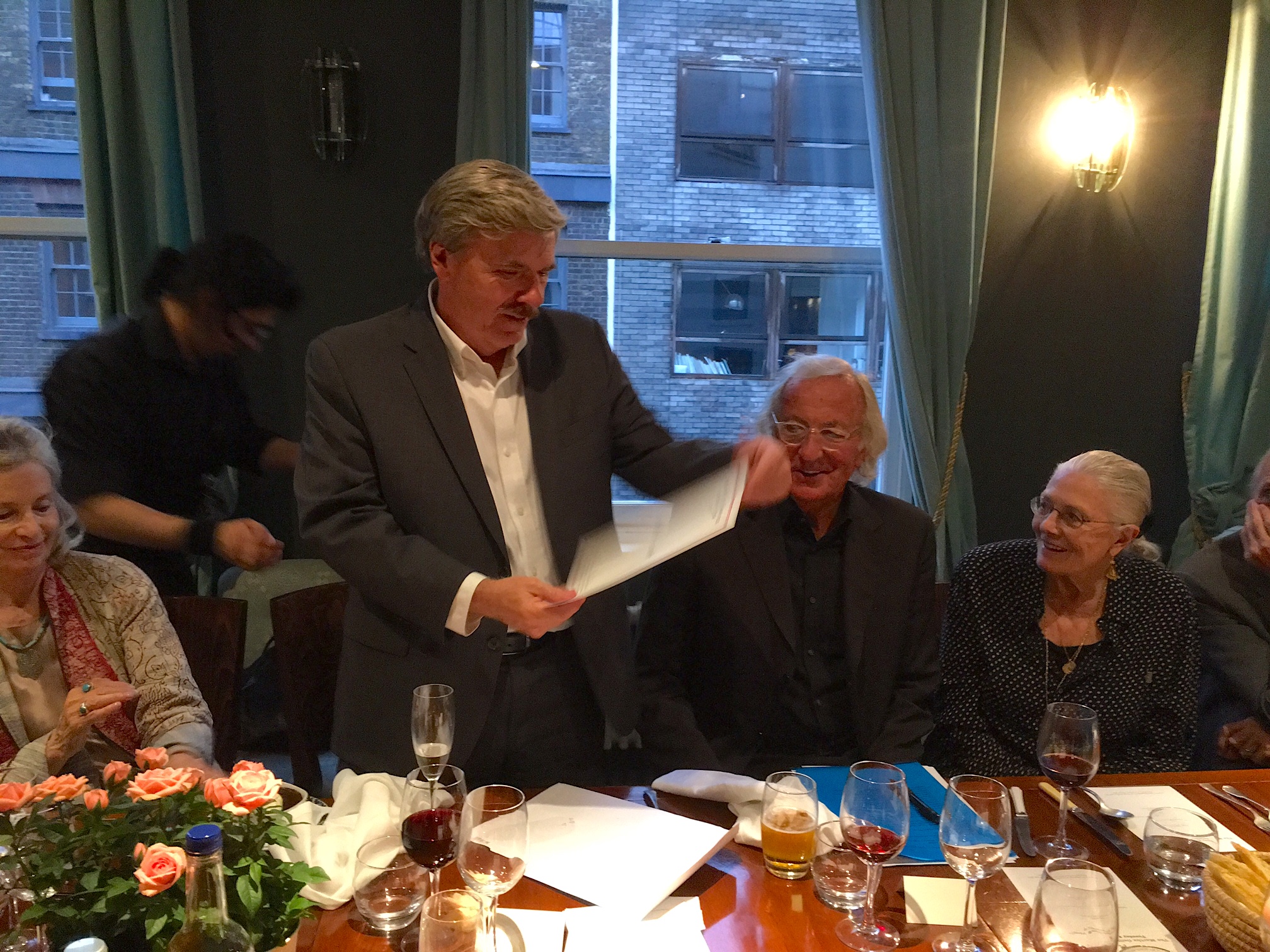 Robert Parry receiving the 2017 Martha Gellhorn Prize for Journalism in London on June 28, 2017. Also, from left to right, are Victoria Britain, John Pilger and Vanessa Redgrave.

When asked why he started Consortium News now 25 years ago, the late Robert Parry said he got fed up with the resistance he faced from editors at the Associated Press and Newsweek who put obstacles in the way of his stories, often of great national significance.

The AP refused to publish his story naming Oliver North, explaining his crucial role in the Iran-Contra scandal.  It was only published after it inadvertently went out on the AP’s Spanish-language wire.

One editor at Newsweek told him asking certain tough questions of U.S. officials was not for “the good of the country.” The facts Parry unearthed went too far in exposing the dark side of American power. His editor was speaking, of course, about what was for the good of the rulers of the country, not the rest of us.

So Bob quit corporate journalism and created a consortium for journalists who ran up against similar obstruction from their editors: a place for them to publish what they could not get published in the mainstream.

In the last article Parry ever wrote, he described why he started Consortium News:

“The point of Consortium News, which I founded in 1995, was to use the new medium of the modern Internet to allow the old principles of journalism to have a new home, i.e., a place to pursue important facts and giving everyone a fair shake. But we were just a tiny pebble in the ocean.”

In that last article, he described in detail what had gone wrong in mainstream journalism, particularly its increasing partisanship:

“The trend of using journalism as just another front in no-holds-barred political warfare continued – with Democrats and liberals adapting to the successful techniques pioneered mostly by Republicans and by well-heeled conservatives. …

More and more I would encounter policymakers, activists and, yes, journalists who cared less about a careful evaluation of the facts and logic and more about achieving a pre-ordained geopolitical result – and this loss of objective standards reached deeply into the most prestigious halls of American media.

This perversion of principles – twisting information to fit a desired conclusion – became the modus vivendi of American politics and journalism. And those of us who insisted on defending the journalistic principles of skepticism and evenhandedness were increasingly shunned by our colleagues, a hostility that first emerged on the Right and among neoconservatives but eventually sucked in the progressive world as well. Everything became ‘information warfare.’” 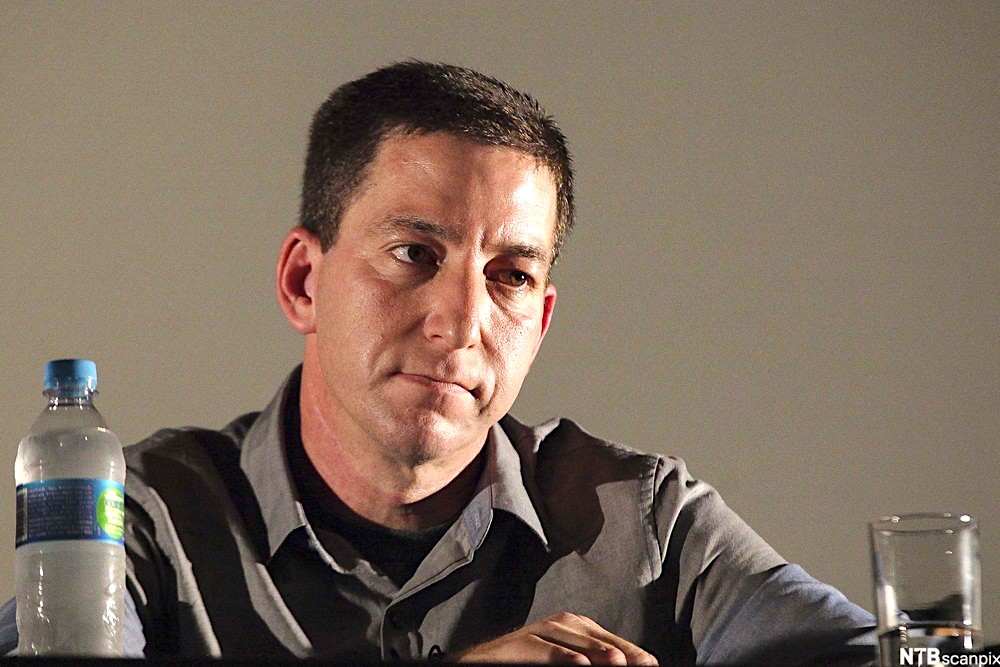 Twenty-five years later journalist Glenn Greenwald quit The Intercept because, as the Associated Press did to Bob Parry, his editors spiked a story they thought was not for the good of their preferred presidential candidate.  In announcing his resignation, Greenwald revealed that he is intending to start a new publication, very much with the aim of Bob Parry’s.  Greenwald wrote:

“Prior to the extraordinary experience of being censored … by my own news outlet, I had already been exploring the possibility of creating a new media outlet. I have spent a couple of months in active discussions with some of the most interesting, independent and vibrant journalists, writers and commentators across the political spectrum about the feasibility of securing financing for a new outlet that would be designed to combat these trends.

The aim of this publication, Greenwald wrote, would be to tackle the exact problems that Parry had described, which since his death in January 2018, has only grown worse.  Greenwald wrote:

“American media is gripped in a polarized culture war that is forcing journalism to conform to tribal, groupthink narratives that are often divorced from the truth and cater to perspectives that are not reflective of the broader public but instead a minority of hyper-partisan elites. The need to conform to highly restrictive, artificial cultural narratives and partisan identities has created a repressive and illiberal environment in which vast swaths of news and reporting either do not happen or are presented through the most skewed and reality-detached lens.

With nearly all major media institutions captured to some degree by this dynamic, a deep need exists for media that is untethered and free to transgress the boundaries of this polarized culture war and address a demand from a public that is starved for media that doesn’t play for a side but instead pursues lines of reporting, thought, and inquiry wherever they lead, without fear of violating cultural pieties or elite orthodoxies.'”

Consortium News was the very first independent news site in the vein that Greenwald describes, and after a quarter of a century, it’s still going. We have always been funded by our readers. But now there’s lots of competition. The Intercept, founded by a billionaire, for instance, is asking $900,000 in its year-end fund drive.

Our fundraising goal is much more modest.  We hope to expand, adding writers and editors to engage in special projects. But we are asking for the bare minimum to keep operating the original, independent news site.  So please make a fully tax-deductible donation to Consortium News today.