Whether or not Biden appoints her, things are getting very brazen and very bitter, very fast. 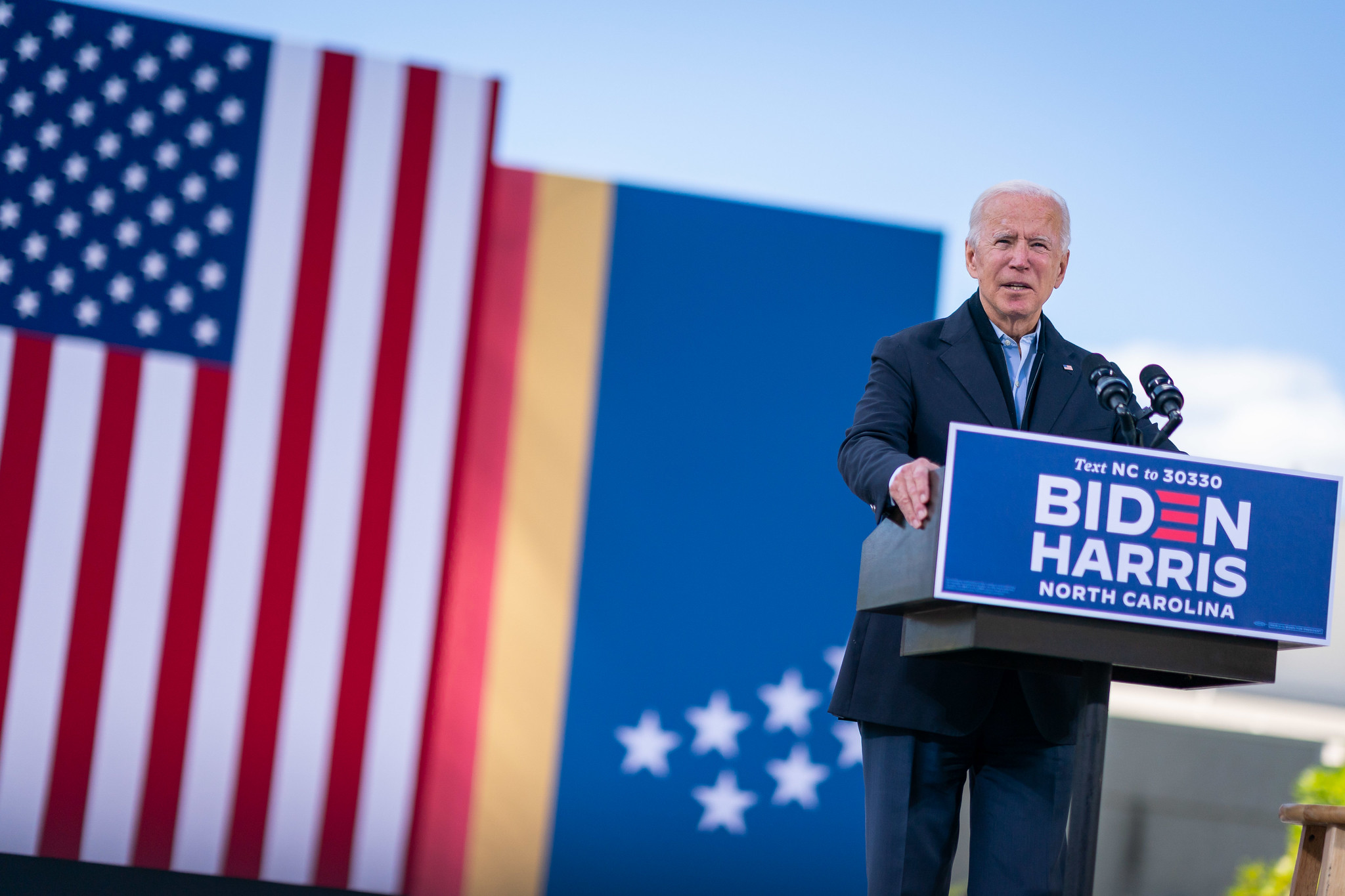 We are now told that President-elect Joe Biden may name none other than Hillary Clinton to be his ambassador to the United Nations. This bombshell, a calculated leak by an unnamed “person familiar with the chatter” inside the Biden transition team, was delivered 14 paragraphs into The Washington Post’s report on how swiftly and successfully Joe is pulling together his restorationist project.

It does come time to ask just what the Biden regime is going to look like on the foreign-policy side. What is it likely to do, and what is it likely not to do? These are our questions.

Hillary Clinton our UN ambassador? Whether or not she gets the appointment, this is getting very brazen and very bitter, very fast. By way of U.S. conduct abroad, Biden offers not even a pretense that he intends to step back from America’s widely recognized role as the world’s most destructive political, diplomatic and military force.

Here is how the Post, evidently intent on dropping the Clinton news gently (as well it should have been), explained this preposterous proposition:

“The thinking behind the move was that it would be a way for Biden to highlight the importance of that position in his administration and that placing her there would raise the prestige of the U.N. itself at a time when global cooperation, and the U.S. role on the world stage, has ebbed.”

Raising the UN’s prestige? Our mainstream media have us talking to one another in the language of bedtime stories. How much further detached from reality are we willing to drift — ignoring, of course, there is a price to pay for this fabulist version of what America is and what it does in the world?

For the record, during her years as secretary of state, 2009 to 2013, Hillary Clinton did as much or more than any predecessor to undermine the authority of the UN and numerous other international institutions. Remember when, in 2011, she swindled the Russians to get Security Council backing for “humanitarian intervention” in Libya, then went on to bomb Tripoli, destroy an entire nation, murder Muammar al–Gaddafi (and then laugh about it )? 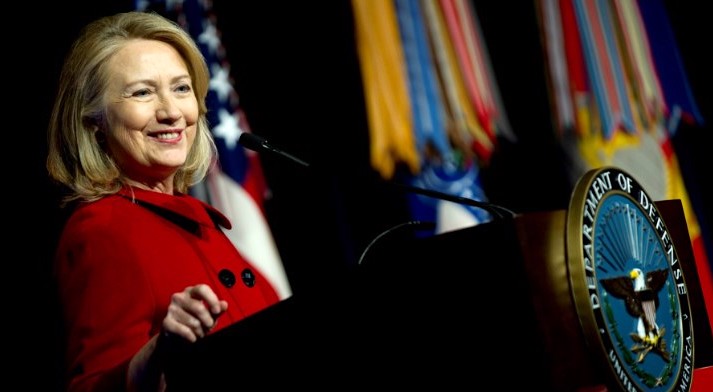 Remember when she advised Barack Obama, her boss, to forget the UN and bomb Syria? Remember, remember and remember — the list is very long.

Let us now send this conscienceless liar to the UN to make sure the world knows we’re all for international cooperation so long as all others submit to our dictates and don’t get in our way when we invade other countries, foment coups or otherwise breach international law.

I confess to longstanding animosity toward the odious Clinton. In truth she is merely the apotheosis of what we’ve known for some time about the incoming regime’s character.

Biden’s army of foreign-policy transition advisers — 2,000 in number — is chock-a-block with warmongers, Russophobes, Sinophobes, Iranophobes, exceptionalists, puppets of apartheid Israel, humanitarian interventionists, and others promising nothing but trouble. We’ve known this for some time. 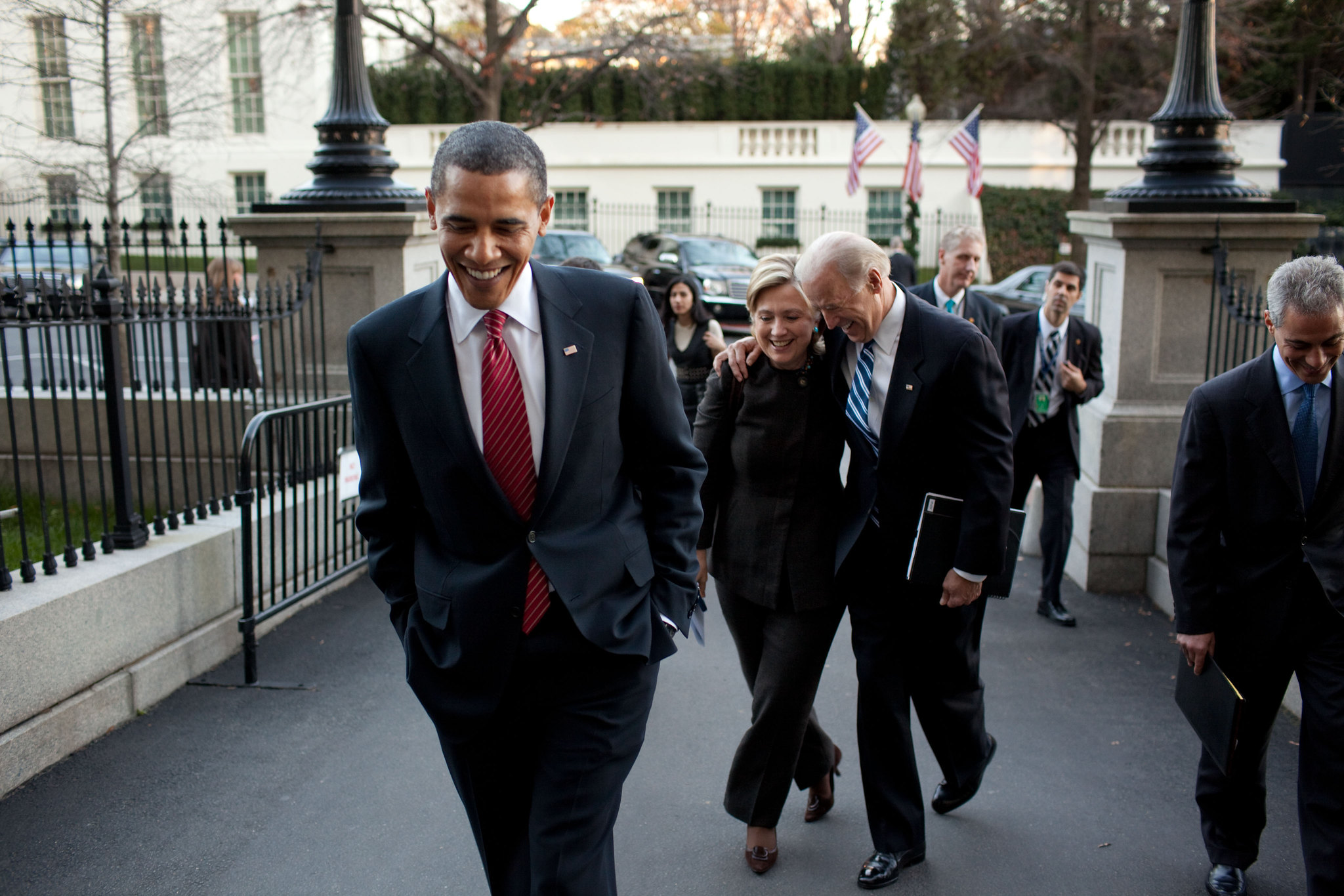 Ten days ago Politico published a lengthy list of contenders for posts in Biden’s cabinet. Michele Flournoy, the odds-on favorite for defense secretary, has been a prominent architect of every war the U.S. has started since the 1990s — including the 2003 invasion of Iraq. Politico ranks Susan Rice, who served as Obama’s UN ambassador and later national security adviser, the front-runner for State. Rice is compulsively Russophobic and supported numerous of Obama-era interventions, Libya and Syria high among them.

Now comes more, some of the nitty and gritty. Last Wednesday Defense News reported that Biden announced his “landing team for the Department of Defense,” a list of 23 names. We’re left to wonder what a landing team is — one surmises this is language Biden’s people dictated and Defense News dutifully scribbled down — but we’re given to understand these people include “contenders for top DoD jobs.”

Here is your Pentagon, in other words, those who will run things under the secretary (and my money, along with nearly everyone else’s, is on Flournoy). There are heavy contingents of Obama-era lingerers, think-tank denizens (RAND, CSIS, Center for a New America), and bureaucratic lifers. And let us not forget: 15 of the 23 people listed are women. This, of course, will make all the difference.

ZeroHedge toted up the names and numbers and reckons that a third of these people are funded by weapons makers. I don’t know how ZeroHedge calculated or how many degrees of separation it took as valid, but it seems very nearly safe to say all of these people have the defense industries’ approval in one or another way: Can one otherwise contend for a top DoD job?

Social media are now alive with zany apologies for this discouraging state of affairs. One Mieke Eoyang, an MSNBC contributor among her other pursuits, offers this:

Efforts to tar @micheleflournoy and @AmbassadorRice as warmongers or in the pocket of the defense industry belittles their expertise and experience. Further, it mistakes their personal views for the contexts in which they served and the President whom they served.

Translation: They’re warmongers and servants of the arms makers, but they’ve been at it a long time and they’re awfully good at it. Why would anyone assume the views of these people would have anything to do with their eligibility for posts in the Biden regime? Patently silly.

Eoyang’s tweet is part of an effort by establishment Democrats to smear anyone who questions Flournoy’s appointment, including Consortium News. Tamara Cofman Wittes, a senior fellow in the Center for Middle East Policy at the Brookings Institution, whom Eoyang retweets, tweeted:

How is our article a smear of Flournoy when it is thoroughly documented? This sounds like deluded establishment thinking to defend the indefensible.

The Democratic 2020 platform published on the eve of Biden’s nomination last summer, intended to bring Bernie Sanders’ supporters on board, included these commitments on the foreign-policy side:

Didn’t President Donald Trump attempt to achieve various of these objectives? Didn’t hawks in his administration and at the Pentagon vigorously and illegally subvert these attempts? Didn’t the mainstream press cheer on these subversions while lambasting Trump daily for jeopardizing “national security” as he tried (however inconsistently) to bring troops home, settle up in Afghanistan, negotiate with North Korean leader Kim Jong-un, and other such things?

Let us set aside the astonishing hypocrisy here. With reference to Biden’s impending appointments, how much of this will come to pass as he stocks the West Wing, the Pentagon and State?

Very, very little, in my view, and maybe none of it to any appreciable degree. This is not a difficult call. It is a bitter call, in part because it is not at all difficult.

Those who expected the Biden regime to give Americans a thoughtful, informed, post-exceptionalist foreign policy — and I am not among these people — are in for too many disappointments to list over the next four years. Let us consider a few of the more consequential.

No Peace Pipe with Russia

It is possible that Biden will open up space for negotiations to extend the about-to-expire New START arms-control treaty with Russia, crucial if we are to avoid another ruinous arms race. This would be a fine thing.

How cynically Biden would approach new talks is for now an outstanding question, but my answer is very if Rice, Flournoy and other such figures have anything to do with the undertaking.

Of this there is no question: Biden has zero intention of reversing our prevalent Russophobic paranoia and constructively recasting relations with Moscow.

No Peace in Northeast Asia

In his final presidential debate with Trump, Biden was vigorously critical of Trump’s two summits with Kim Jong-un, accusing Trump of legitimizing “a thug.”

He went on to say he would reassume the pre–Trump position on North Korea — an insistence that Pyongyang meet U.S. demands before negotiations can begin on those very demands. It’s an illogical nonstarter cynically intended to fail.

No Peace in the Mideast

There is little chance Biden will reverse much, or maybe any, of Trump’s radical shift in Israel policy. Two reasons. One, by moving the U.S. embassy to Jerusalem, subsequently recognizing the Golan Heights as Israeli territory and negotiating a peace plan that is almost comically unbalanced in Israel’s favor, Trump has moved the fence posts in U.S.–Israeli relations and Biden has neither the integrity nor the principle to address this forthrightly. Two, Biden is himself far too pro–Israel to risk a politically damaging breach either with Israel or on Capitol Hill.

Here he is telling a reporter that “You don’t have to be Jewish to be a Zionist.

And here he is on the Senate floor saying that if Israel didn’t exist, it would have to be invented.

No Peace with Iran

On Iran, the superficial wisdom has it that Biden intends to restore the U.S. to the 2015 accord governing Tehran’s nuclear programs, from which Trump withdrew in 2018. Why not? The nuclear agreement was Obama’s work, and Biden scores off his association with Obama every chance he gets.

I doubt this logic will prove out, again for two reasons. First, Secretary of State Mike Pompeo’s obsessive hostility toward Iran not only foiled Trump’s chances to negotiate a new nuclear agreement, as Trump signaled two years ago he wished to attempt; Pompeo significantly sharpened Capitol Hill’s animosity toward Tehran in the bargain.

Biden won’t risk wading into the Iran question in any such climate. Second, bringing the U.S. back into the nuclear accord would instantly ignite Israel’s anti–Iran passions. Even before Biden won the election, Israeli officials warned that any move to rejoin the pact would push Israel into war with Iran.

Shrinking the Pentagon budget? We don’t have even a hollow promise. “Rationalizing” is something different. And the military industry is unconcerned and welcomed Biden.  More civilized relations with China based on a sober, balanced  understanding of its aspirations? One does not wait for these things.

“Although defense manufacturers have benefited from increased spending, tax cuts and deregulation under President Trump, their executives have told investors that they expect the former vice president and longtime senator will largely maintain the status quo with respect to defense spending.

‘Our industry knows Joe Biden really well, and he knows our industry really well,’ said Arnold Punaro, a retired Marine Corps major general and Democratic Senate staffer who works as a defense consultant. ‘I think the industry will have, when it comes to national security, a very positive view’ of a Biden presidency, Punaro said.”

The platform calls for an end to “regime change” ops, and bringing troops home? One does not wait for it.

One principle will guide the Biden regime’s foreign policies. Biden is a man of empire and those around him empire’s lieutenants. This will determine all of what is to come.

35 comments for “PATRICK LAWRENCE: Hillary Clinton at the UN?”